The strange life, death and rebirth of Uber Safe Rides

Uber Safe Rides has been a project that I’ve been fascinated with since my freshman year in 2016. Originally, a hefty 50 percent discount on nighttime rides in and around campus, I was impressed that UF Student Government had been able to enact a program that would make a big difference in the lives of students.

As you can imagine, I was less amused when an investigative reporter at The Chronicle of Higher Education started writing about the political advocacy group Turning Point USA and how they were secretly funneling money into SG elections across the country to support conservative candidates.

The reporter identified that a lot of the campaign platforms had one thing in common: Uber (because nothing says free-market capitalism like Uber). The reporter wrote that SGs across the country had been “setting aside student government funds for late night ‘Safe Ride’ programs that provide free or discounted Uber service to students.”

I was even less amused when The Chronicle of Higher Education later published a 28-page brochure from the organization that mentioned that they had tried to influence the SG elections at UF.

I’m sure it’s just a coincidence that the founder of Turning Point USA came by for the Donald Trump Jr. event and is also dropping by to speak at UF next month.

Politics aside, I know that 50 percent off of an Uber ride probably does a lot to improve student night time safety, so I still decided to support the program. To me, it’s a clear example of something SG can do to put money directly back into your pocket. Saving money is a bipartisan value.

So as you can imagine, I was even less amused than before when I discovered the discount was dropping to 25 percent in 2018. Safe Rides had outgrown the funding originally budgeted for the program, according to its webpage. As a result, the discount was cut in half starting in October of 2018.

That year, the codes to access the discount lasted until June 30. I remember checking that summer and seeing that they hadn’t been updated for the next fiscal year. I was out of the country, so I didn’t think much of it. I figured that our very competent executive branch would take care of things.

Nothing happened (to my knowledge) until August of this year. I noticed, by virtue of an unrelated public records request, there was communication between SG’s executive branch and Transportation and Parking Services (TAPS) about setting up a meeting to discuss Uber Safe Rides.

Whatever happened there sure didn’t fix the glaring issue at hand — only the good Lord knows what occurred.

Months later, on Oct. 5, a student posted in one of the UF class Facebook groups asking “Is Uber safe rides still a thing?” I responded by saying I’d look into it.

I contacted TAPS, and they quickly resolved the issue by reaching out to Uber. That was all it took.

As a result, the 53,000 or so students at UF now have access to the discount again.

My big question is; why didn’t the executive branch resolve this issue?

The world may never know.

Zachariah Chou is a UF political science senior and serves as the Murphree Area Senator.

FILE - In this Friday, Aug. 16, 2019 file photo, the logo for Uber appears above a trading post on the floor of the New York Stock Exchange. The Ride-hailing service is acquiring Cornershop as it tries to gain a foothold in the Latin American grocery delivery business. San Francisco-based Uber, whose $5.24 billion loss last quarter was its largest ever, has been expanding its offerings to include food delivery and other forms of transportation, such as scooters and bikes. (AP Photo/Richard Drew, file) 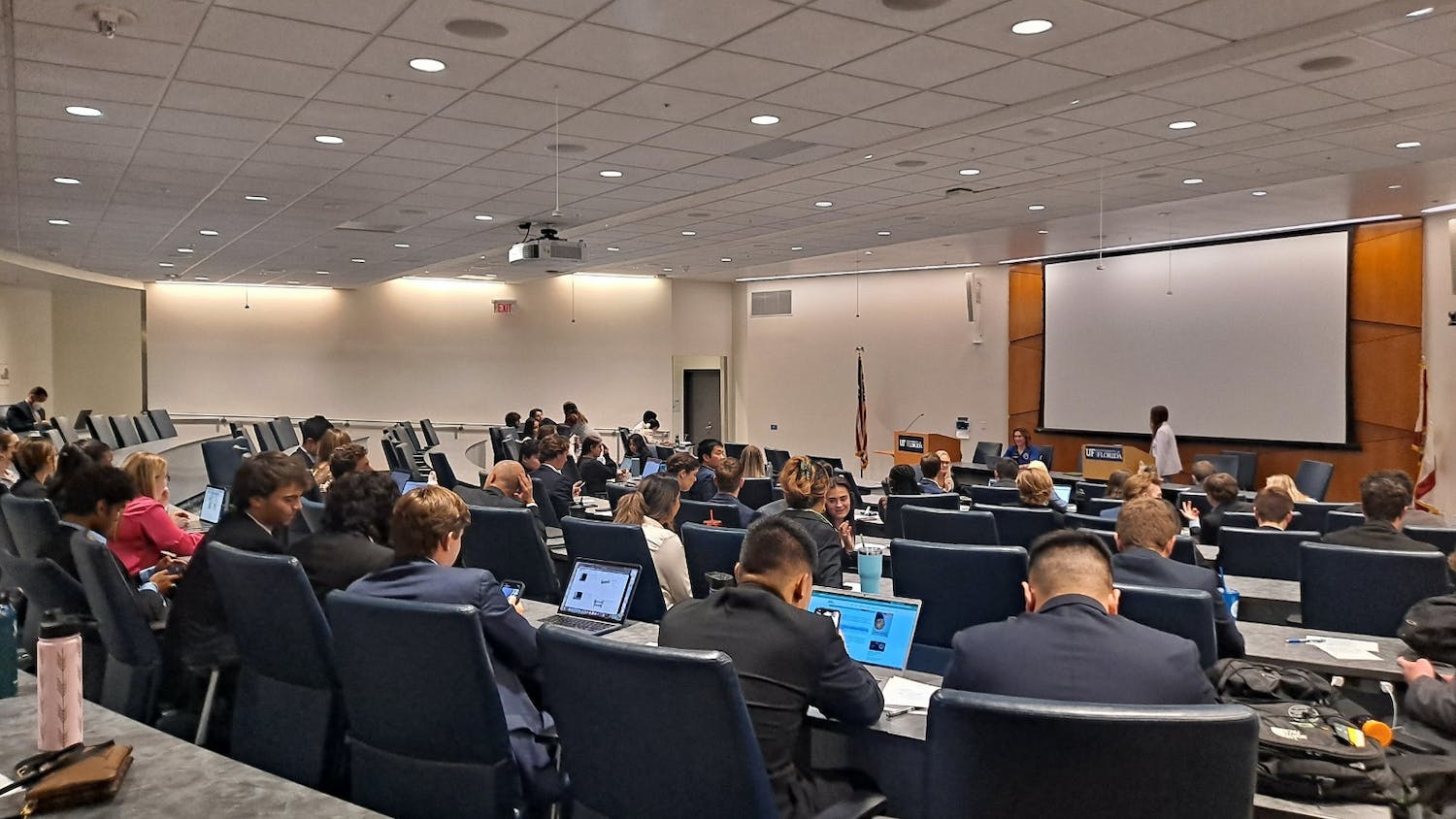