Jennifer Vito stood alone on stage. The bright light blinded her eyes and the microphone was lanky, cold and unforgiving.

It was the year 2015, and Vito was taking the stage for the first time after watching from the sidelines as an event organizer for years.

Over the years, “Jenarchy,” as she’s known onstage, helped cultivate a comedy scene that is now as alive as a heartbeat, prompting her to organize the first Gainesville Comedy Con.

The energy in the High Dive that night was palpable, the audience roaring with laughter at most of the jokes. It was a drastic difference from when Vito started in the Gainesville comedy scene.

Once the audience was settled inside, Vito went onstage and introduced the event. She did a few jokes, including one about a “Tide-PODS-related incident,” and then welcomed the first act onstage.

The first comedian was Daniel Biddle, a tall, lanky public school teacher by day and comedian by night. Biddle’s humor had the crowd laughing right from the start. He humanized teachers with anecdotes about rallies, his students and the X-Men.

Biddle ended his set with, “Those kids treated me like a god. They came up to me in the hallway and said, ‘Thank you for your service.’”

Every comedian had their own flavor. One talked about race, another politics and one even compared himself to Seth Rogan.

“I am not Seth Rogan undercover at a Gainesville comedy festival,” Daniel Perea said. “Though when God made me, he really just hit the copy and paste button with the tubby, white, Jewish comedian thing.”

The night ended with an improv group called House Improv. They closed the show with a bang, touching on a range of topics from Dolly Parton to strawberry milk to Narnia — and the audience loved it.

“I would’ve thought standup would be easier than improv, but it’s not,” said Marcus Ball, one of the members of House Improv. “We’re not planned funny — it all just kind of comes together onstage. Standups are expecting laughs at certain spots. We’re just hoping for the best.”

The comedy convention will be a yearly or bi-yearly event, Vito said. “The Gainesville comedy scene is growing and thriving, and I’m just trying to keep the audience growing with it.

Correction: The story has been updated to reflect that Jennifer Vito was not the only stand-up comedian in Gainesville in 2015. The Alligator originally reported differently.

Alainna Whatley performs her standup set about a life changing experience she had at 13 years old in the Walmart bathroom. 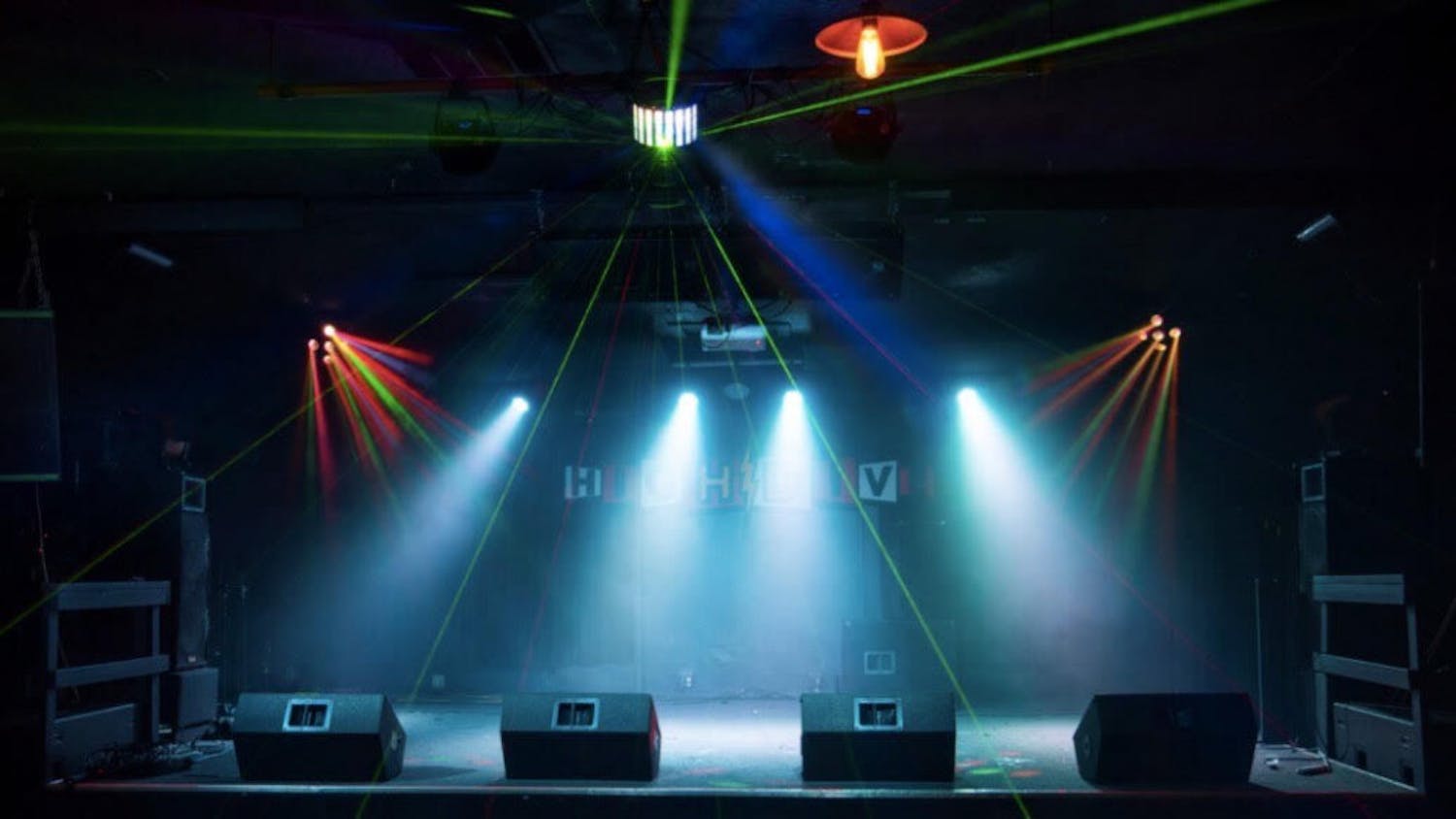