Because classes are fully online until at least March 30, UF is encouraging large events and meetings to take the same route and consider holding them virtually, according to an email sent Wednesday from UF President Kent Fuchs.

“These are extraordinary and uncertain times,” Fuchs wrote in Wednesday’s email. “I encourage all of us to look out for each other as we take care of ourselves.”

UF spokesperson Steve Orlando said UF is encouraging all students to return home. Students who live on campus are welcome to stay at their housing facility if they want to.

UF’s Student Health Care Center started screening patients Wednesday morning who were experiencing flu-like symptoms, such as coughing, fevers or shortness of breath, Orlando said. The protocol follows guidelines from the Florida Department of Health and the Centers for Disease Control and Prevention.

Orlando said he is unsure how many students were sent into the center’s designated area Wednesday. Students were only kept there for a quick checkup. No student remained quarantined.

These measures came less than one day after Alachua County confirmed its first case of the virus and only a few hours after the World Health Organization officially characterized it as a pandemic.

As of Friday morning, there are 45 positive cases of COVID-19, according to the Florida Department of Health. One of the non-Florida residents is a 68-year-old Georgia woman who tested positive for the coronavirus in Alachua County on Tuesday evening, said Paul Myers, administrator for the county’s health department.

Here’s what’s escalated at UF from the coronavirus:

Think you have the virus? Don’t go to Shands

UF encourages students to follow guidelines from the Centers of Disease Control to prevent getting the virus. This includes washing your hands often with soap and water for at least 20 seconds, avoiding touching your face, avoiding close contact with people who are sick, cleaning your surrounding surfaces, staying home when you are sick and covering your cough or sneeze with a tissue.

However, if you do believe you have the virus, Shands is not a testing facility. The Alachua County Department of Health is asking students and residents to contact them before going to any physician’s office, emergency department, hospital or urgent care.

As of Tuesday night, UF has not reported any coronavirus cases from the university community, but it is not permitting those who have traveled to highly affected areas — such as China, South Korea, Italy, Iran or Japan — to go on campus. However, UF students have still been exposed to the virus.

From March 1-3, about 60 UF students attended the American Israel Public Affairs Committee conference in Washington, D.C. Six attendees later tested positive for the virus. As of Sunday, Orlando said there was no procedure currently in place for the students because the CDC did not have restrictions for domestic travel.

These students aren’t required to quarantine, he added Sunday. While there are no limits to domestic travel because the CDC has not put out any guidelines, students who have been exposed should still self-monitor and get checked out if any symptoms appear, Orlando said Wednesday.

Students also attended the National Institute for Computer-Assisted Reporting (NICAR), a journalism conference, in New Orleans, where at least one attendee has tested presumptive positive for coronavirus. UF students and faculty who attended this conference over Spring Break are monitoring themselves for symptoms but have not been required to self-quarantine, according to Mindy McAdams, a journalism professor who supervised the trip.

“We still asked them not to come to class,” McAdams said. “We left on Sunday, so we won’t be sure until 14 days is up.”

Doug Haddix, the executive director of Investigative Reporters and Editors and NICAR, said 16 people from UF registered to attend the conference. He could not give the names of the attendees and said no one else has tested positive for the virus.

At least seven other UF students went to another conference attended by someone who tested positive for the virus. The students have not been asked to quarantine, according to one who attended.

The person who tested positive for the virus was not in the same room as UF students at The Conservative Political Action Conference, the student said. No one who also attended the conference has shown any symptoms, the attendee said.

On Wednesday night, U.S. President Donald Trump announced a travel ban coming in and out of Europe, beginning Thursday at 11:59 p.m. The ban applies to foreign nationals in the last 14 days and U.S citizens are exempt, though they must fly to select airports and will be screened.

But changes aren’t just taking place in Gainesville. UF has canceled all study abroad programs to China, Iran, Italy and South Korea for this Summer. Japan is still under review. and no other programs had been affected as of Wednesday afternoon. Approximately 400 students were affected by the program cancellations this summer, Orlando said. This number has changed with Spring cancellations, but The Alligator couldn’t get those by the time of publication.

The hardships of online classes

The mandatory move to go fully online works for traditional classes, but some UF professors are trying to find ways to teach classes that don’t work well with online delivery, such as scientific labs that need hands-on instruction.

“This is an unprecedented situation,” Orlando said. “In cases like that, people are finding ways to be creative and innovative and make things work.”

Even though UF is fully online until at least the end of March, advance registration for Summer and Fall begins on March 23. Orlando said he was unsure of how advising sessions would be done, but classes scheduled in the Summer and Fall are still planned to have a traditional format.

However, she said she still plans to deliver the technical and conceptual information that students would have learned in her class anyway.

Holcombe said she worries about using Canvas because of its tendency to crash when she’s used it minimally for her classes. She said more time to adapt to online delivery would have been helpful.

“Compared to some of my colleagues at other universities, I feel we haven’t been given enough notice or preparation, or resources for that matter,” she said.

While he acknowledges that the transition will be difficult, Dylan Probert, a 21-year-old UF theatre senior, said he thinks the move to online classes is “for the best” because it is more important to look out for the health of everyone.

He said he still thinks he’ll get something out of his acting classes, even if they are online, but he doesn’t know if his learning outcomes will be the same.

He hopes that people will be patient with the UF School of Theatre and Dance.

“Some people, I fear, might be very hard on the school and think some of the choices they decide to make going online might be crazy,” he said. “But I think they don’t have much of a choice.”

Students who are experiencing “unanticipated expenses” can apply for financial assistance through an Aid-a-Gator application, according to an email sent by the UF Office for Student Financial Affairs Thursday.

The assistance is intended to help cover the costs of unanticipated travel, additional technology requirements and other “education-related expenses” in the wake of coronavirus-related changes. Students who receive emergency funding are not expected to pay the aid back, according to the Aid-a-Gator website.

“Funds from Aid-a-Gator are intended to be a grant, not a loan, to help our students in need,” the website read.

Students who apply must submit a signed statement explaining why the funds are needed and what they will be used for, according to the application. They must also provide documentation to demonstrate “extenuating circumstances.”

All UF students are eligible to receive funding, according to the website. However, graduate assistants; medical and veterinary residents; and post-doctoral fellows and associates must apply through a separate application for faculty.

The State University System of Florida is asking all state universities to accommodate on-campus students who need assistance and cannot return home.

For those who don’t leave, UF is stepping up sanitary procedures. An email sent March 6 from UF Public Affairs said UF will install hand sanitizer dispensers on campus and put more bottles on instructors’ desks.

UF is in the process of installing several hundred dispensers now, and this should be done by the end of the week, Orlando said.

The university’s housing division implemented precautionary measures as well, according to the email statement. High-touch surfaces such as door handles, handrails, water fountains, tables and chairs will be wiped down daily.

New and stronger disinfectants will be used, along with more frequent and vigorous cleaning, Orlando said.

Gator Dining sent an email Tuesday informing students that employees are washing their hands every 15 minutes, changing out utensils every 20 minutes, sanitizing high-touch areas every 30 minutes and discontinuing the use of reusable beverage cups.

Fuchs wrote in an email that despite encouraging students to go home, campus resources such as the dining halls will remain open.

What’s up with on-campus events?

Most events can’t go fully online like classes did, but student organizations are trying to accommodate.

Accent Speakers Bureau announced Thursday that it’s postponing Andrew Yang’s presentation at UF. A new date has not yet been decided.

There has been no update regarding Dave Portnoy, the founder of the blog Barstool Sports, who is also scheduled to speak at UF on April 1.

Zach Roberts, 22, said he supported Yang because he brought a fresh perspective to the technological advancement of the nation — something Yang called the “fourth industrial revolution.”

“He’s obviously very smart. That’s something we need at this time in particular,” Roberts said, adding that he believes the current U.S. President Donald Trump is “not so smart.”

The UF business administration senior said he looked forward to voting for Yang and would have liked to see him speak at UF. He said he’s disappointed the event has been postponed but isn’t surprised.

“You kind of knew it was going to happen with everything else that’s been going on,” he said. “Honestly it’s safer, probably for the best.”

Additionally, Dance Marathon announced Thursday that their annual event would be canceled. This is the first time it has been canceled after holding it for 25 years.

Other options are being explored to host an alternative event, said Connor Bennett, Dance Marathon’s executive director. He said he doesn’t think they will reschedule in the Stephen O’Connell Center because of the size of the event and uncertainty about the progression of the virus.

“We didn’t think it would be healthy, or really responsible, in this time,” Bennett said.

A large portion of the money fundraised for Dance Marathon is donated during the main event and the final push in the week leading up to it, Bennett said. He doesn’t know how significantly fundraising efforts will be impacted by the cancellation or if that money will be made up elsewhere.

“We’re still going to continue to fundraise and still continue to try our best to bring in as much money as possible,” Bennett said.

As for UF Student Government, Senate procedures will be shifted online, but the logistics of that transition are unclear, Senate President Kyle Garner said in an email to the Senate.

“The University of Florida is clear that they are taking students’ safety as their top priority and Pro-Tempore Brown and I are adamant in following suit,” Garner wrote.

Meghan is a second-year UF English major. She is currently the university news editor, and in the past she’s been the SG reporter, a university general assignment reporter and a university news assistant. In her free time, she likes to read and eat sour candy. 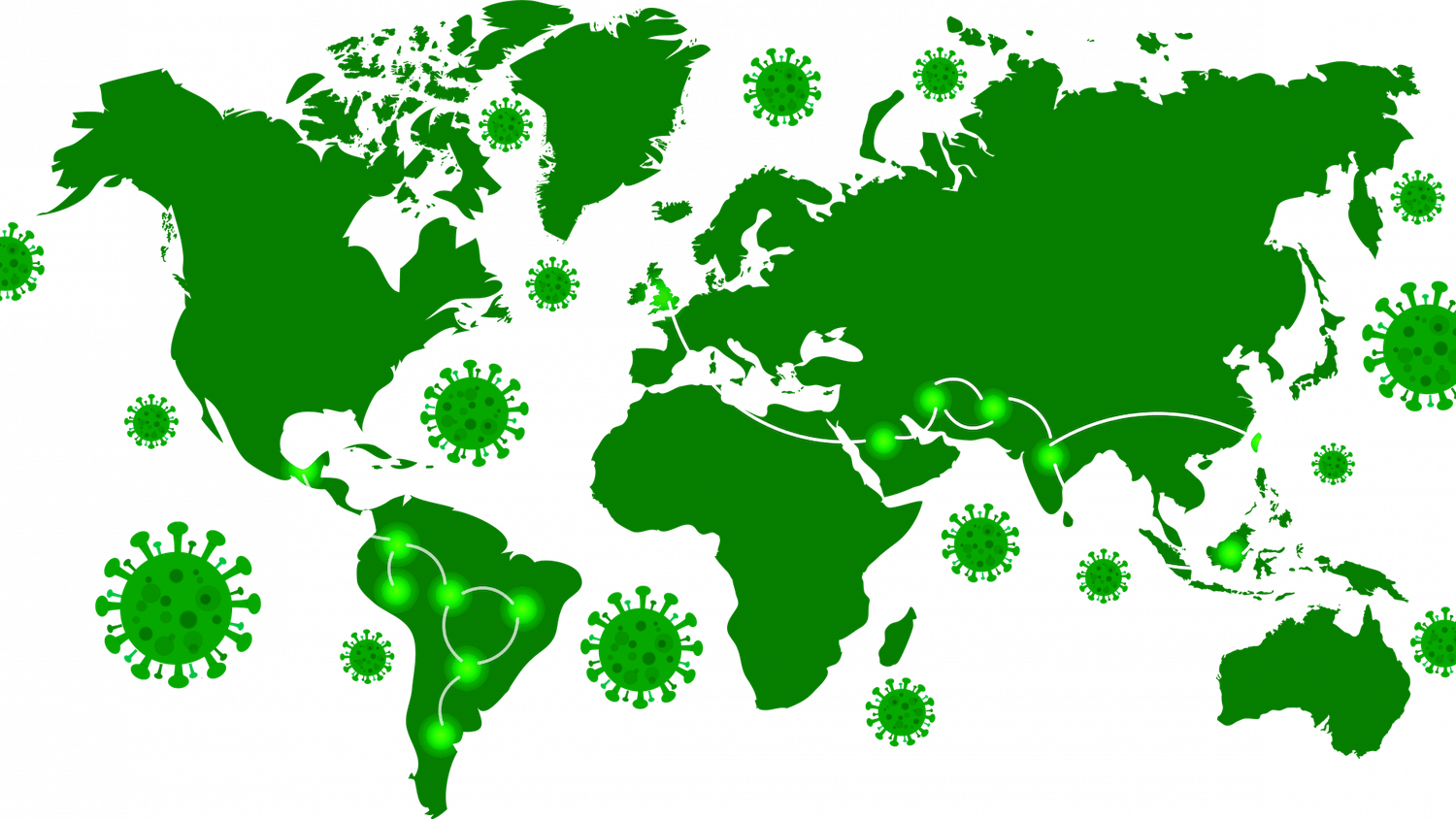