Skip to Content, Navigation, or Footer.
Donate Now
We inform. You decide.
Tuesday, January 31, 2023
THE AVENUE

For a skateboarder, anything that is concrete is skateable.

However, with the current pandemic, skateparks and skate shops worldwide were forced to temporarily close down. While ramps and quarter pipes were closed, skateparks lay abandoned for a few months.

With people staying at home, kids and adults alike had more time to pick up hobbies. Skateboarding for many became an activity that helped pass the time by.

While demand for skateboards increased, supply dwindled. The skateboarding industry experienced a huge dip worldwide as factories shut down. With a shortage of supplies, distributors could not supply online and brick-and-mortar shops which were starting to run out of materials, Hartner said. It’s become a competition to order skate supplies.

“Sometimes we're able to get it and sometimes we're not or we have to wait until we get put on a waiting list from the distributor,” Harter said. “Then we try to put it in a cart, make a mad dash to the checkout and get it in the mail before it's gone. It's been pretty complicated.”

Some of the suppliers FreeRide uses include skate brands such as South Shore, Ocean Avenue and Eastern Skate Supply, among others.

Local skate shops also serve as areas of congregation, where skaters in the area can meet up and share a passion for skating.

Gainesville has a rich skateboarding culture and history. Pro-skateboarders such as Rodney Mullen and Billy Rohan skated the swamp’s streets. In fact, Rodney Mullen was sponsored by Inland Surf Shop, which was the original name of the FreeRide Surf and Skate Shop. Billy Rohan, another Gainesville native, now owns a private skate area and shop called Samurai, and helps with the local Possum Creek Annual Skate Jam.

Tony Farah, the 31-year-old store manager at FreeRide, said he has had the opportunity to skate around the world, from Australia to Canada. He’s been skating for almost 17 years now, and has been part of Gainesville's tight-knit skate community since he started.

“I just think throughout the years and years, it's just kind of grown a really accepting, just awesome community,” he said

Farah encourages everyone to go out and get a board.

“If you're wanting to start skating, you're never too old,” he said.  “You can always put on pads and get out there and do it. No one's gonna judge you if you look like the Michelin Man.”

FreeRide Surf and Skate Shop will be moving to a new location this fall, where Hartner and her husband Peter will be the new owners of the shop. Until then, the shop is located at 420 NW 13th St.

Gainesville's FreeRide Surf and Skate Shop will be moving to a new location this fall, but for now, is located at 420 NW 13th St. 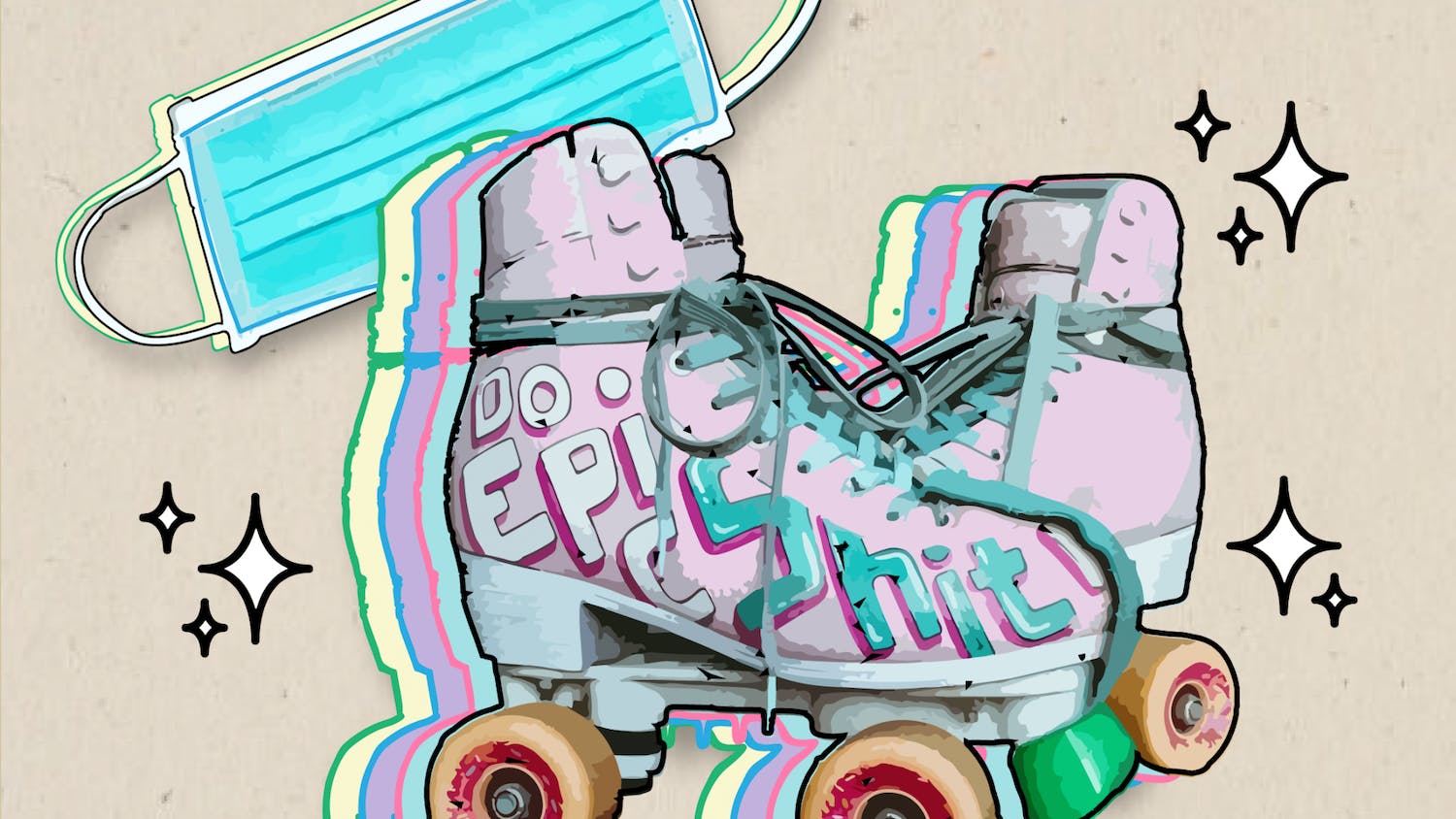