Florida bars open at half capacity, students in Gainesville mostly skip out

The murky, crisp scent of cigarettes trailed the streets of Midtown and Downtown Gainesville on the night that Florida bars reopened. Local bars resembled ghost town saloons as most students’ plans were not on Main Street.

Bars across Florida were allowed to open at 50% capacity Monday night, even though some had already opened by getting licenses to serve food, despite the ongoing COVID-19 pandemic.

Empty tables in Midtown’s Rowdy Reptile contrasted with the screens projecting playoff hockey and Monday night football in Salty Dog Saloon, where Isabella Sayger spent her night. The 24-year-old UF public relations alumna and about six other people were seated at the Salty Dog bar.

Sayger now lives in Fort Lauderdale and visited Gainesville to see her high school friend. She wasn’t aware that the bars were set to reopen Monday until a bartender told her about it. She went to Salty Dog, located at 1712 W. University Ave., because she frequented it during college. Barriers between the booths separated her from other customers.

“It’s nice to be able to go out,” she said. “And, even though it's weird to see people with masks, it's at least nice to know that we are making it a new norm.”

The state shut down bars for the second time in late June after COVID-19 cases surpassed 122,000 in Florida. But on Thursday, Halsey Beshears, Secretary of Department of Business & Professional Regulation announced in a tweet that some regulations would be lifted.

An emergency order from the Alachua County commission followed the next day, and outlined guidelines. Restaurants, bars and other vendors in the county licensed to sell alcoholic beverages for on-site consumption may operate at 50% of their indoor capacity, excluding employees.

Bar areas may be open with seated service. Outdoor seating is permissible with appropriate social distancing.

However, only table service is permitted, and nightclubs will remain closed. Failure to comply with any provision of the order will result in sanctions.

When the announcement was made, Florida Gov. Ron DeSantis said he did not see much reason to keep bars closed, as long as customers were kept safe.

“Obviously we saw some outbreaks linked to bars in Florida, but my sense is that that behavior would probably have been happening in private residences,” DeSantis said on Thursday.

“I feel like considering Ron DeSantis’s other decisions regarding the virus as well, it just goes along with a little bit of a lack of concern on his part,” Wiley said.

She said students aren’t responsible when it comes to safety regulations, although she understands the business difficulties bars are facing.

“There's a significant portion of the student body here who will be a little bit reckless with this new development,” Wiley said.

Though the Monday crowd was sparse, Robert Hutchinson, Chair of Alachua County Commission, is prepared to keep weekend attendance in check.

Hutchinson said the county is going to strictly enforce the state's 50% capacity rule, in addition to the Alachua County emergency order, and have sanctions in place if the orders are not followed.

He doesn’t want UF to be another campus that shuts down because of negligence in open bars and restaurants.

“We need a certain amount of common sense and cooperative attitude on the part of both bar owners and patrons,” Hutchinson said.

JD Chester, Midtown and Downtown bar owner including JJ’s, Rowdys, Fat Daddy’s and Downtown Fats, said even with the bars being able to open at 50% capacity, they’re still struggling. He already spent hundreds of dollars getting licenses to serve food so they could open under the state guidelines over the summer.

“At 50% capacity, with tables that have to be six feet apart, there's not enough people to put inside a place in order to make enough money to pay the bills and the rent,” Chester said.

Chester had all 262 employees not working for months. The management staff was paid for the months they were closed, but bartenders, bouncers and other workers filed for unemployment instead. “No one is getting the amount of shifts they need in order to survive.”

Like Midtown, Downtown Gainesville was mostly empty Monday night. Popular spots that had already been operating, like Cry Baby’s, had small crowds of older party-goers, but the doors of most clubs, bars and breweries remained shut despite being allowed to open.

A shining light among the dim streets was the local bar Lillian’s Music Store at 112 SE First St.

Sitting in the corner of the bar by the jukebox at about 4:30 p.m., Mike Wolynski, 41, said he spotted only about three couples.

When Wolynski decided to get a drink at Lillian’s Monday, with his girlfriend Samantha Heaberlin, 26, he said he expected the bar to be flooded with people. Instead, there were only about 12 people total, and a few scattered throughout the outdoor seating area.

As the night went on, numbers dwindled even further.

At Leonardo’s By The Slice, where Wolynski works, students have not been compliant, he said. He argues with student customers who won’t wear masks.

“‘I can’t arrest you, I can’t fine you,’” he said of maskless students. “You’re putting my livelihood on the line.”

The non-compliant patrons are putting their jobs and local businesses at risk.

“Is business slower? Sure,” said Heaberlin, who works at Palomino Pool Hall. “We’re adults, we understand it’s not safe right now, and we gotta do what we gotta do. We’re all in this together.”

People are seen playing pool inside of Main Street Bar and Lounge on Sept. 14, 2020. Bars in Florida, except for Miami-Dade may now open at 50% occupancy. 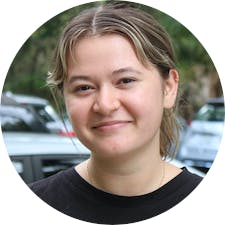 Nora O'Neill is a fourth-year journalism and philosophy student and the Enterprise Editor for The Alligator. She previously served as the Avenue Editor and the business and economics beat reporter. In her free time you can find her reading books with no plot and abusing her Chemex.