Now, she opens a link, connects to audio and participates in a Zoom call.

These hearings are among the civil and criminal court hearings in Alachua County being held over Zoom due to the COVID-19 pandemic. Although Zoom court hearings have been taking place since the virus hit Alachua County in March, the Public Defender’s Office and the State Attorney’s Office are still assessing the limitations of Zoom hearings: accessing Wi-Fi and examining witnesses’ demeanors through a screen.

After joining a Zoom call, participants see squares showing the judge in a courtroom, legal representation in their offices and a room in the Alachua County Jail where their loved one will appear, wearing a face mask and a jail uniform in a room of other defendants.

The Eighth Judicial Circuit of Florida, which oversees Alachua, Baker, Bradford, Gilchrist, Levy and Union counties, has held more than 4,200 Zoom meetings since March, said Christy Cain, the circuit’s communications coordinator. All civil court proceedings, except those requiring a jury, are being held remotely to limit in-person contact at courts, Cain said.

In civil cases, disputes between two individuals, it’s possible to hold an entire trial over Zoom, said Brian Kramer, a prosecutor at the Gainesville State Attorney's Office. There’s no jury, and the judge makes the final decision.

Amid the online hearings, where body language is harder to read, attorneys like Stacy Scott, an Alachua County Public Defender, worry about unjust rulings.

As a lawyer, Scott observes the witnesses while they give their testimony. In person, aspects like confidence, appearance and body language can all help lawyers assess testimonies.

Over Zoom, these aspects are much harder to perceive, she said.

“It’s difficult to fully appreciate the witnesses’ demeanors and all the things that we look for as lawyers via Zoom,” Scott said.

Although it’s common for family and friends to attend first appearances, that’s now more difficult through Zoom, Scott said. Access to court through Zoom is limited to those who have an internet connection strong enough for video calls. Cain said she hasn’t heard of any issues related to access to the internet.

Technical issues like bad audio or lagging video are common, Scott said. When she attended first appearances on Wednesday morning, several people were on cell phones appearing on behalf of family members who had been arrested.

Sometimes people are on mute and can’t get off or have a spotty connection, Scott said. A mother of a defendant in one of her first appearance hearings called in on a cell phone but was breaking up. Scott and the judge were able to understand her, but it took extra time.

Occasionally, members of the call forget they’re not on mute which can contribute to confusing background noise, she said.

However, she said she does see an upside to Zoom hearings: They’ve made court attendance less time consuming. She said It’s easier for people to attend Zoom court events because they don’t have to take time off from work to sit for hours in a courtroom.

Kramer said he expects in-person trials will resume sometime in October, depending on the state of COVID-19 in the county.

Although positive COVID-19 cases in Florida were previously decreasing since July, positive cases in Alachua County have been increasing since late August when UF reopened for the Fall.

When jury trials eventually begin in person, Scott worries they won’t be fair because those called into jury duty can be excused for any COVID-19-related concerns.

To Scott, this will limit the jury because certain demographics, like older residents, may not be willing to go to court in person.

“Now, we’re reduced to a subset of the population that’s willing to come in despite COVID,” Scott said.

Scott is also worried those who do decide to participate might find they feel uncomfortable in the courtroom and rush to come to a conclusion, jeopardizing the chances of a fair trial.

“It’s a very complicated system where a ripple in the water in one place affects all these other places,” Scott said. “We’re all just scrambling to figure it out.” 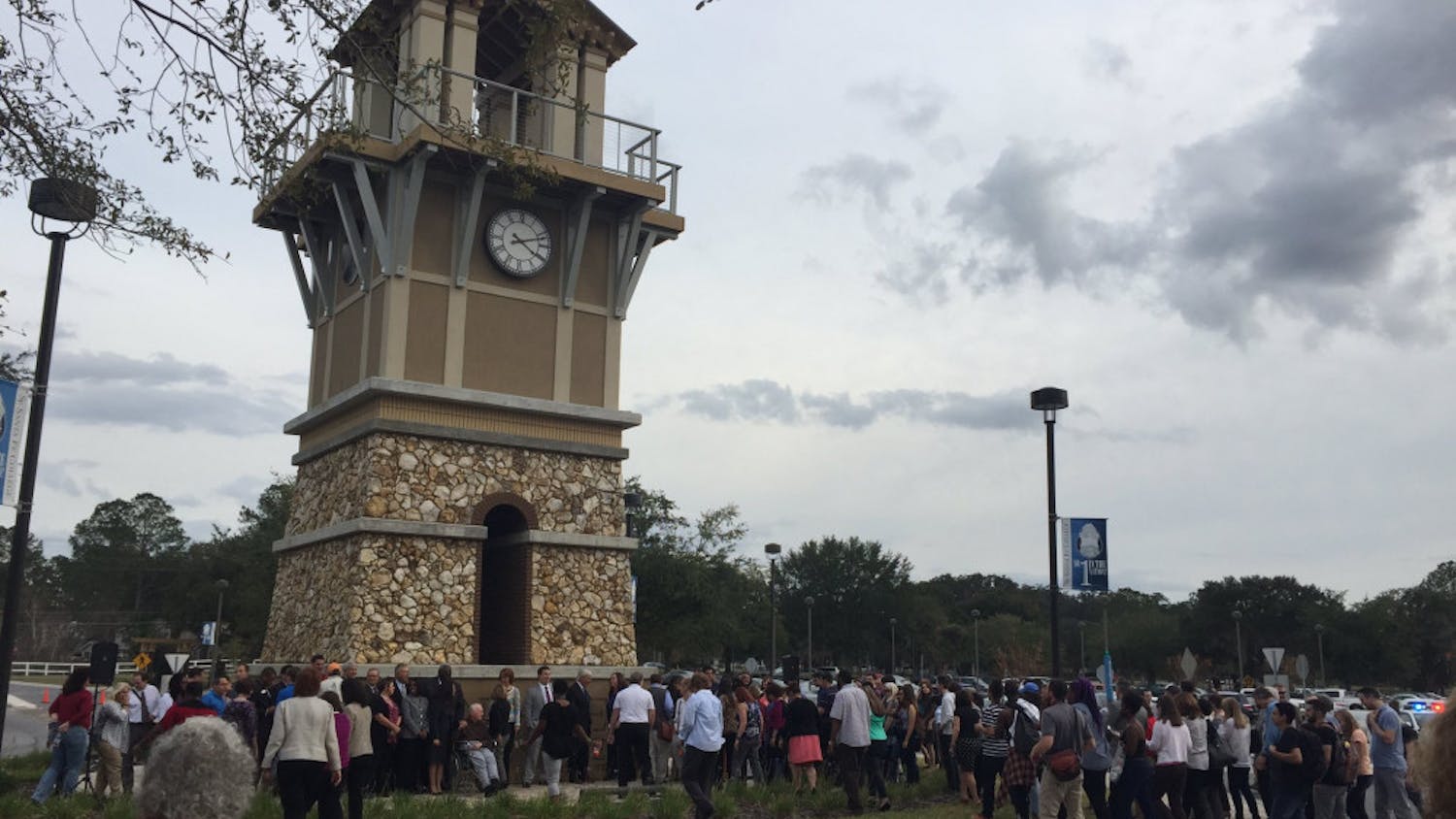