Even if someone did hack into Alachua County’s voting machines, it wouldn’t matter.

At least, that’s the idea. The system the county uses to protect its ballots should be tamper-proof. Alachua County uses a ballot-scanner machine where the paper copies are saved. Prior to reporting results, the precinct will print a physical copy of the results. The results are then sent from a precinct to the Alachua County Supervisor of Elections office through a dial-up, point-to-point modem call. This ensures the county will have a physical copy to default to if someone tampers with the call.

Foreign interference from cyberattacks to voter intimidation threaten elections every year. In 2016, Russia interfered in U.S. elections through hacking emails and voting systems, according to a report from special counsel Robert Mueller.

On Oct. 20 during Early Voting, Florida Democrats received emails from an account claiming to be the “Proud Boys”, a far-right political organization. An FBI investigation found that Iran was behind the emails.

Will Boyett, Alachua County’s Chief Deputy Supervisor of Elections, said the county has never had a security issue with its voting equipment. He said the county’s machines, purchased in 2015, are periodically updated for security.

Alachua County is under contract with Dominion Voting Systems, a voting machine company, until Sept. 30, 2021. The county uses an optical scanner and ballot marking device from the company called the ImageCast Evolution.

The machine is programmed to only accept specific ballots printed for each individual precinct, Boyett said. The county provides a sample ballot on its website, but even if someone were to print off copies to turn in, the machine guarantees they would not work.

The modems used by the county for reporting election results never touch the internet, Boyett said. Experts have previously warned about the major security issues modems have on election security, NBC News reported.

Even if Alachua County’s modems in its election machines hit the internet and became vulnerable, the results would not be compromised. Boyett said the county always double-checks the results and defaults to the results printed at the polling site before transmitting if there are any differences.

“That's why we always call the election night results preliminary,” he said.

“I do think there's merit in that they have the result and they're just transmitting the result,” he said.

When an Alachua County voter places their ballot into the machine the paper copy is saved, providing a way for the county to audit election results. This is an effective method to secure election results, Gilbert said.

Another effective security method is done through ballot marking devices, which are computer systems that fill out a ballot based on a voter’s input. Those machines mark the ballots as instructed and print the completed ballot. Both methods print a ballot, which Gilbert said is the best way to currently secure election results.

Gilbert testified before the U.S. House of Representatives Committee on House Administration on Jan. 9 about election security. In his testimony, he said digital ballots or internet ballots should not be used. Alachua County does not use either.

“Given the current state of technology, there's no known way to secure electronic or digital ballots,” Gilbert said. “Therefore, paper ballots are probably the best.”

Linda Spurny takes a selfie with her ballot as she drops it off in front of the Alachua County Supervisor of Elections Office on Thursday, Oct. 15, 2020. She said she took the photo to insure it is counted. (Lauren Witte/Alligator Staff)


Support your local paper
Donate Today
The Independent Florida Alligator has been independent of the university since 1971, your donation today could help #SaveStudentNewsrooms. Please consider giving today.
Steven Walker 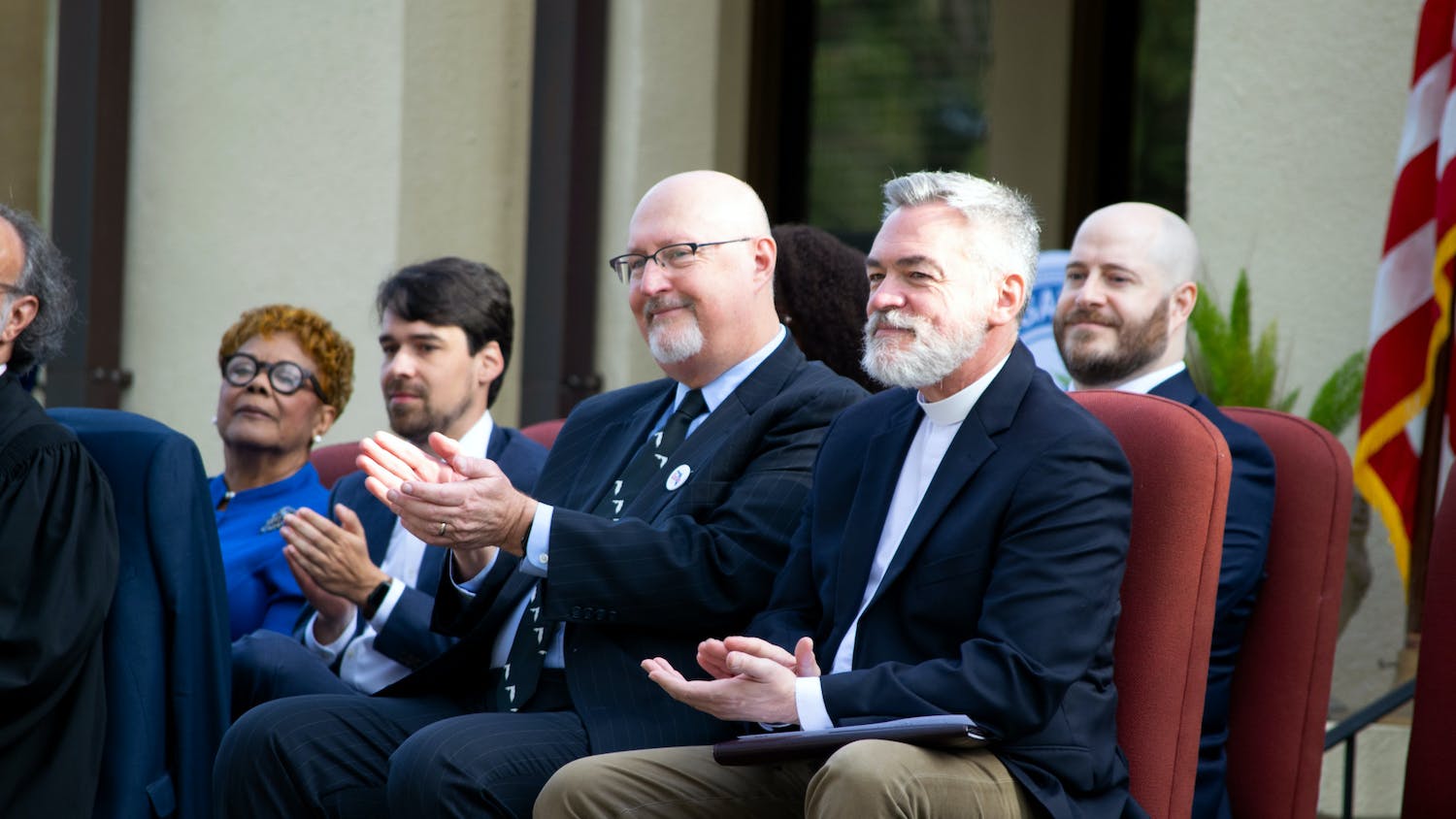 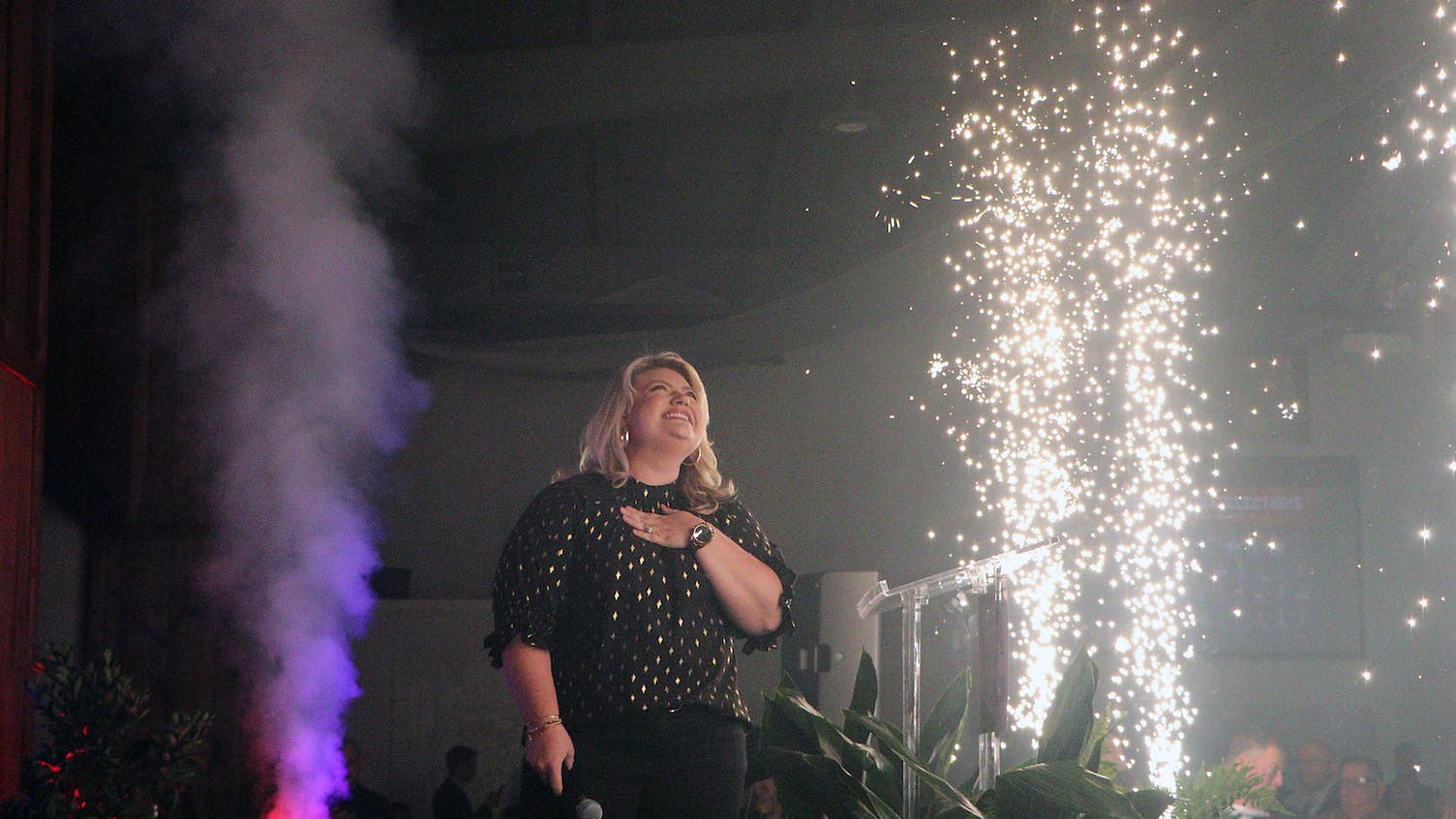