Seconds before the half-game buzzer, forward Cydnee Kinslow cut Texas A&M’s lead to 11 — capping off a competitive first half against the No. 9 team in the country.

However, the Aggies’ quality shone through with a 31 point fourth quarter, overpowering the Gators 92-67 in UF’s SEC Home Opener Sunday afternoon.

Forward Faith Dut shot the first three pointer, and a bucket from guard Nina Rickards gave the Gators a brief lead seven minutes into the game.

Guard Kiara Smith later pulled up to tie the game,  which inspired Aggies guard Aaliyah Wilson to bring the score to 18-15 — a lead that would continue into the second quarter.

Despite an underwhelming performance in the first half, guard Lavender Briggs glided to the rim for a smooth bucket, and the score became 21-19. Texas A&M found a momentum the Gators couldn't stop, even with nine points from Smith. Aggies guard Alexis Morris, center Ciera Johnson and forward N’dea Jones dominated the quarter and ensured the visitors took a double-digit lead into the locker room.

The Aggies’ 11-point advantage continued through the third quarter, despite Florida’s offense dropping 22 points in the stanza.

Briggs came into the second half exuding the energy she was initially lacking. The sophomore, who’s Florida’s leading scorer, made the Gators’ second three while Dut made another, chomping Texas A&M’s lead to nine points.

“I know she [Dut] can make them, so she just needs to keep taking them,” Rickards said about Dut’s three-point shooting ability.

UF cut the Aggie lead to just five on the heels of two Smith free throws, but Jones drove down the lane for two and knocked down a pair at the charity stripe, giving A&M a 57-48 lead.

Following a slip, Texas A&M turned the ball over, giving Florida room to cut the margin back down to 11 points before the quarter ended.

And as the scoreboard’s digits changed, the Aggies’ lead grew from 11 to 20 to 30 — despite buckets from Briggs and Pickard.

Missed free-throws from Pickard maintained the Aggies’ 25-point lead with a slightly more than two minutes left in the game.

A three, two-point bucket and free throw from Briggs did little to counter the shots the Aggies made, with the game ending with a 25-point difference. Briggs tallied 19 points, eight rebounds and one assist while Jones totaled 17 points, 18 rebounds and four assists.

Coach Cam Newbauer said he was worried about the game because Texas A&M has a strong team with many talented transfers. He reflected on the loss to South Carolina, mentioning that the team joins the Aggies as one of the best in the SEC and the country as a whole.

To Newbauer, the fault of the Gators laid in the players’ connection.

“We have to be tougher and connect more in the toughest moments,” he said.

Now 7-3, Florida will face No. 12 Mississippi State Thursday at the O’Connell Center. Tip-off is scheduled for 6 p.m. and will stream on the SEC Network. 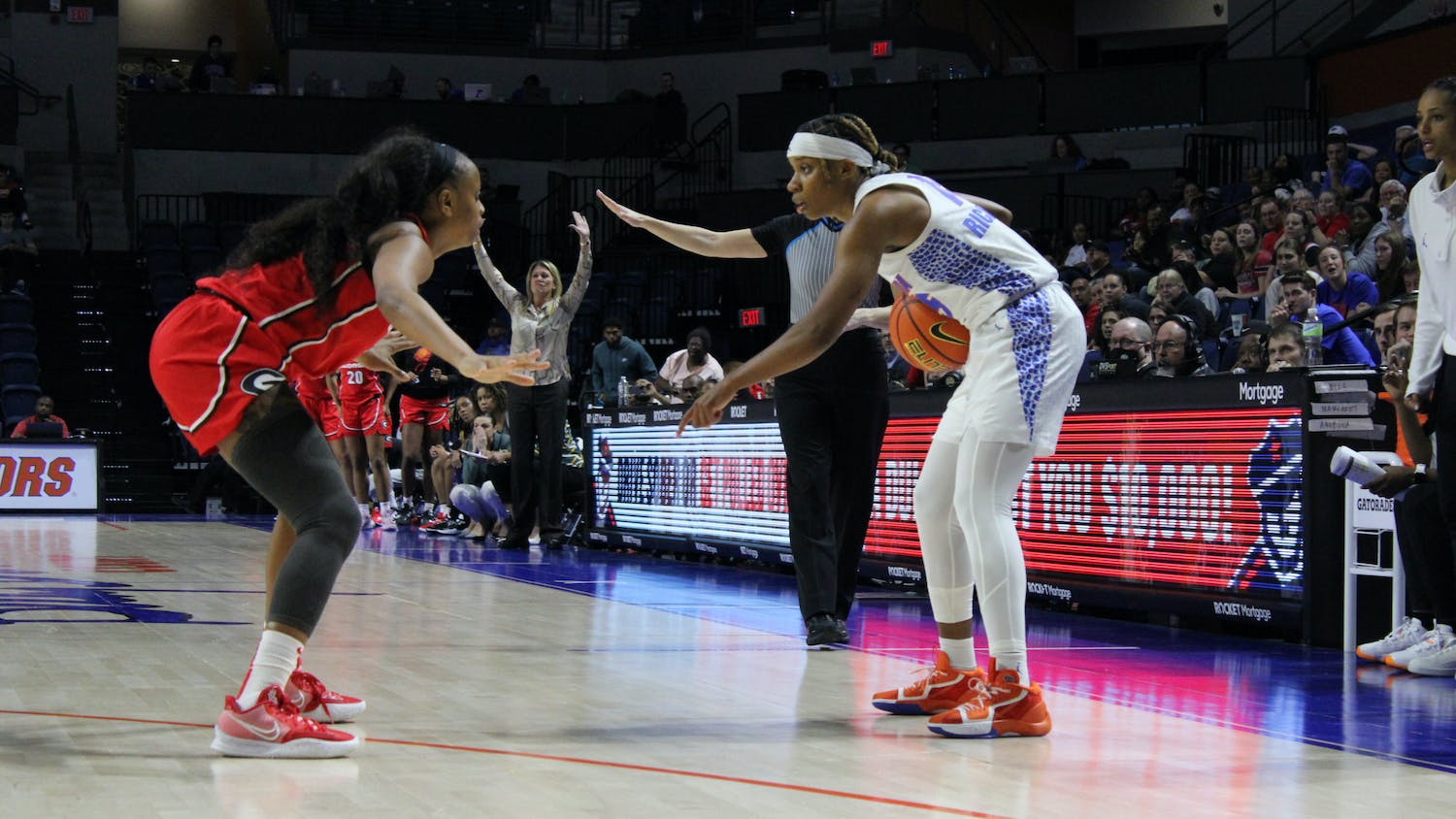 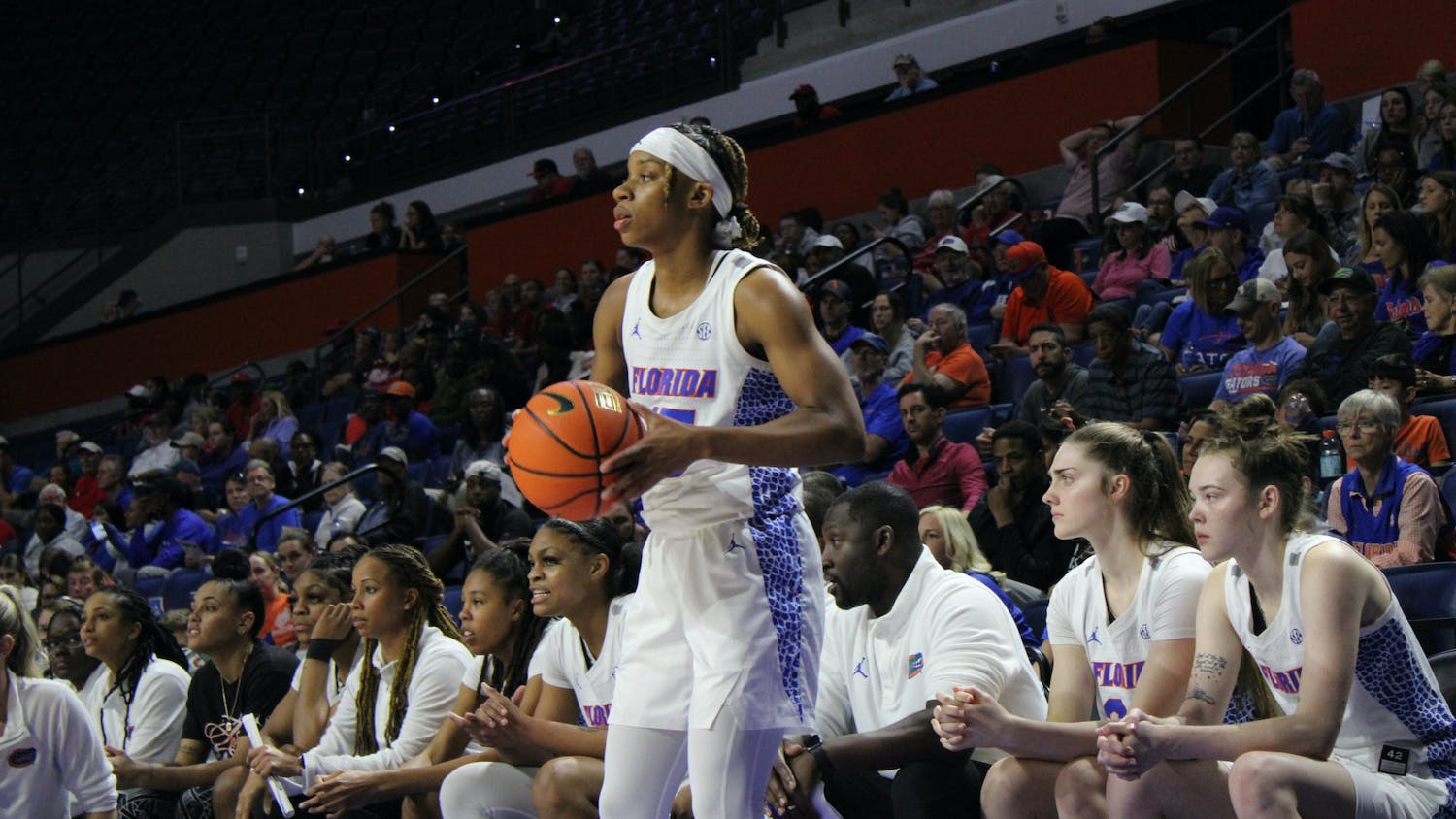