Skip to Content, Navigation, or Footer.
Donate Now
We inform. You decide.
Thursday, May 26, 2022
THE AVENUE  |  LIFESTYLE

It wasn’t a typical Friday night at Wyatt’s.

The BLQ Exchange was curated by content creator and photographer Ricardo Jean-Louis, 26. A friend of Jean-Louis’ helped brainstorm the idea of a pop-up during a drive to Savannah, Georgia, he said. The concept centered on uplifting underrepresented entrepreneurs.

“We wanted to incorporate minority people, people of different backgrounds, creators that aren’t really out there … and are trying to step up in the game of pop-up,” Jean-Louis said.

Jean-Louis also said he wanted to create a space to grow alongside his entrepreneurial peers.

Jean-Louis said the owner of Wyatt’s, Gabriel Chavez, helped him coordinate the event.

"[Chavez] was telling me that this will be the perfect time for him to do it, and he was thinking about doing something like this, and he was glad that we brought it up to him," Jean-Louis said.

Chavez couldn’t be reached for comment at the time of publishing.

Jean-Louis’ friends and family were among the vendors featured at the BLQ Exchange.

One of the business owners was Shay Morette, founder of organic skincare line Karré Beauty. Morette said she named her brand after her grandfather, a Haitian immigrant, entrepreneur and cultivator who inspired her brand’s commitment to all-natural and vegan ingredients.

“I wanted to use his name because everything that falls back is what falls back on him,” Morette said. “He always taught us to be strong and make sure we use the earth in a positive way.”

Having recently moved to Gainesville from West Palm Beach, Morette said she was excited to introduce her brand to the Gainesville community. She also said she thought the BLQ Exchange was an “awesome idea.”

“Being Black, being a minority, a woman, and on top of that being an immigrant, so to speak, I think it’s a wonderful thing,” Morette said. “Especially for Wyatt’s letting us use [their] platform so that we can open up our own platforms to the world.”

Other creators also spoke on the significance of having a space to amplify entrepreneurs of color.

Greene, 26, is the owner of curated vintage shop From Closets Past, selling bold vintage clothing items and hand-painted plant pots. Greene became involved with the BLQ Exchange through her experience as a barista at Wyatt’s Coffee.

The BLQ Exchange was Greene’s pop-up debut, though she said she has been collecting vintage clothing for many years. Motivated by the “pursuit of personal style,” Greene said she likes to use bold colors and fashions to create a unique secondhand shopping experience.

“I’m inspired by having a nice, curated type of thrifting experience,” Greene said.

Other vendors featured at the BLQ Exchange included Plantstay, a houseplant shop, and Her Gather, a secondhand and vintage item shop.

The event attracted many visitors throughout the night, including Caroline Coxwell, a 22-year-old UF chemistry senior. Coxwell said she stopped by Wyatt’s with her friends after seeing posts on Wyatt’s Instagram page promoting the event.

“I really liked the idea that this was from all Black vendors,” she said. “I think we should support the minorities in our community and help them excel in what they do.”

Looking ahead, event organizer Jean-Louis said he wants to continue organizing pop-up events and looks forward to working with more creators and photographers.

“This is our first one,” he said. “Hopefully first of many. We’re hoping to do this once a month, at least from now until July … then we’ll probably branch out to other cities.” 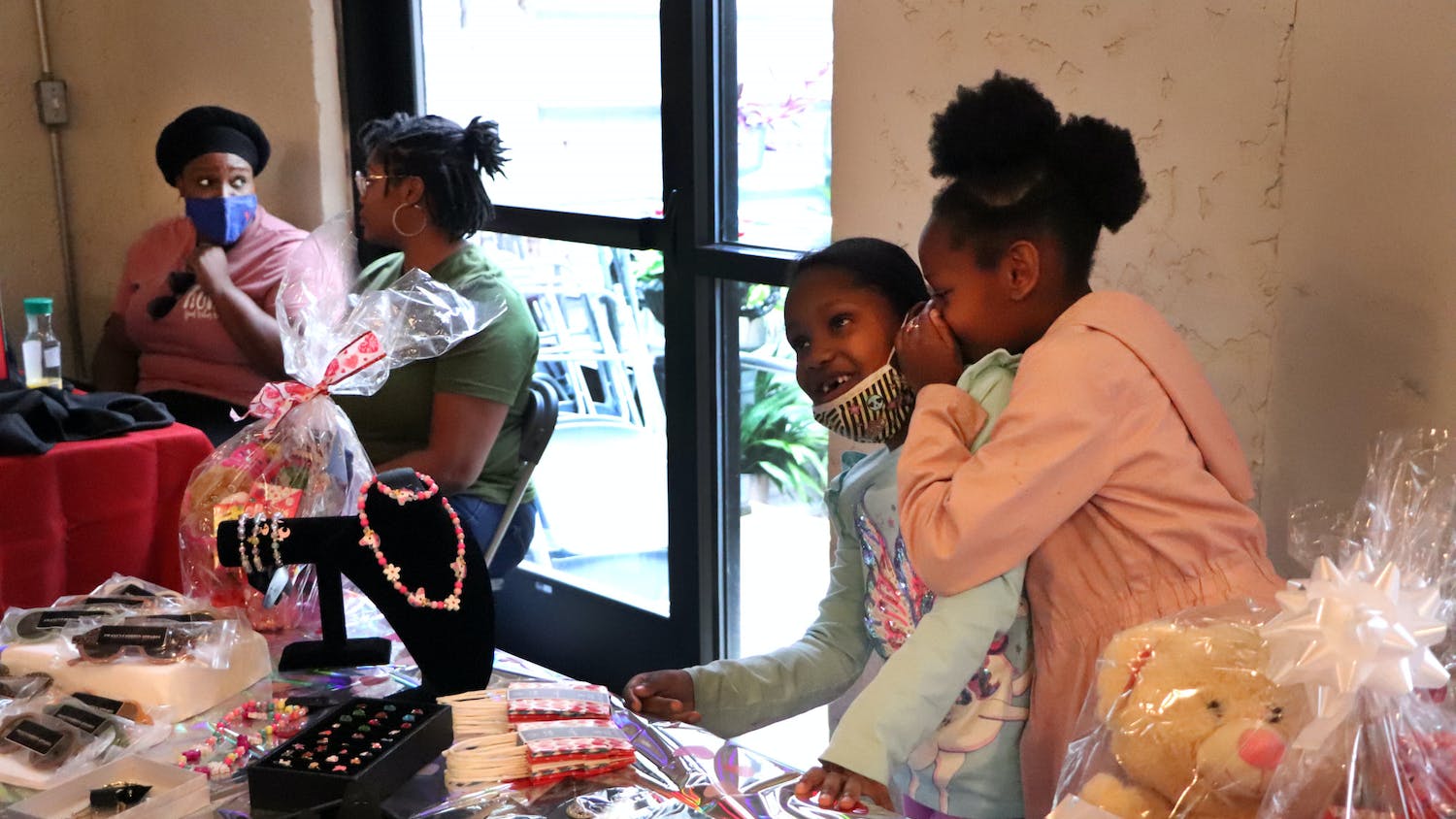 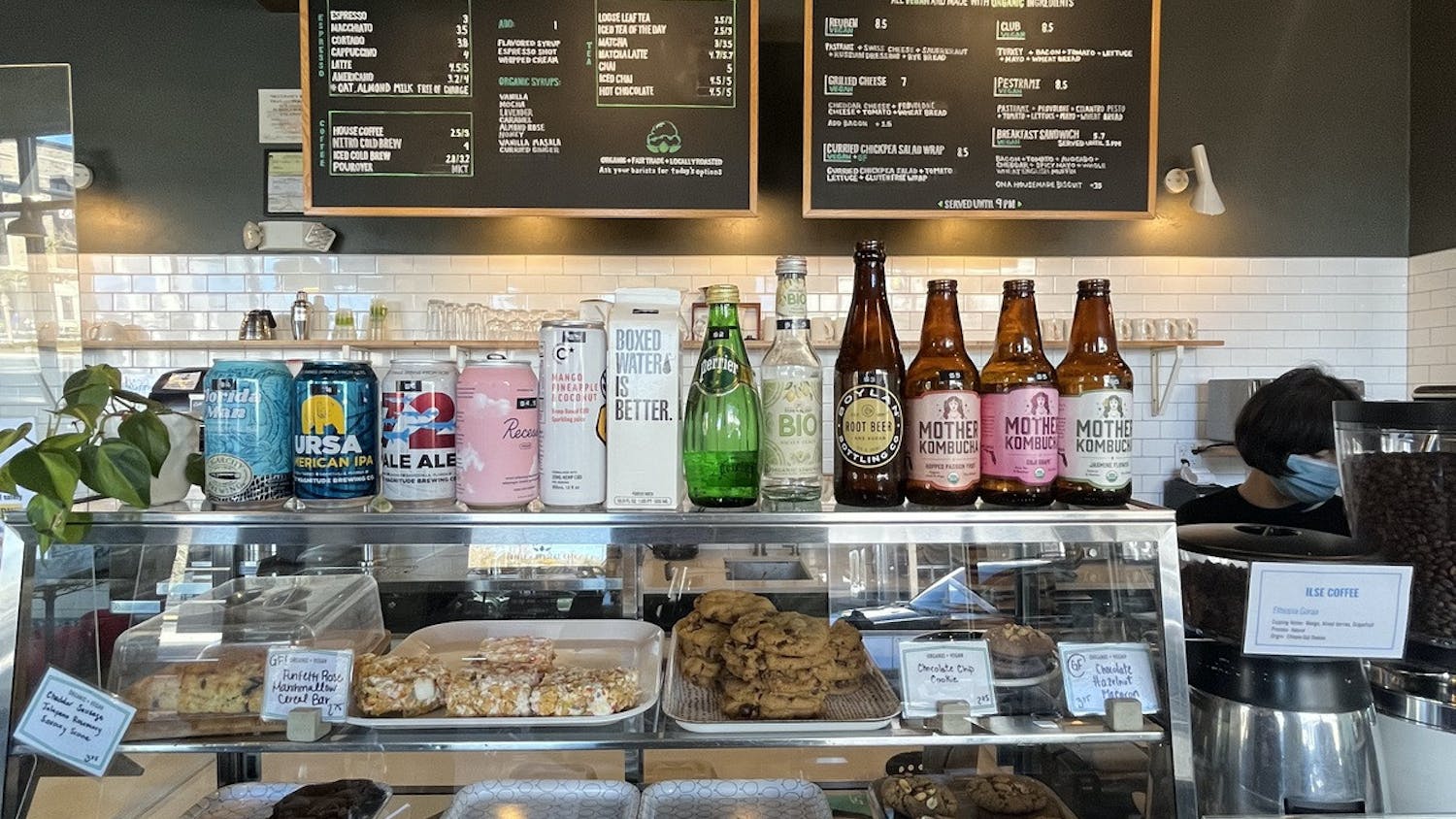