Senior Megan Skaggs has only been featured in two events: the vault and uneven bars. But Friday night, coach Jenny Rowland listed her to compete in the all-around.

“Megan Skaggs has been working so hard in the gym and waiting her turn and this opportunity,” she said about her performance. “She has been so very patient and it was really awesome to see her coming through in flying colors.”

The Friday night score was the third highest recorded across the country this season. Florida also holds the best score thus far after defeating the Tigers Jan.8 with a score of 197.500.

The No. 1 Gators have steadily improved their ranking after recording an average 49.050 on the floor exercise versus No. 18 Auburn Jan. 8, according to Road to Nationals. The following week against Georgia, they scored a 49.225. UF made a substantial leap Friday, recording a 49.400.

Junior Trinity Thomas proved that she left her poor performance against Georgia in the dust, taking the top score for Florida.

At the conclusion of her routine, she swung off the uneven bars, twisting and turning before sticking the perfect landing. Her teammates then swarmed her and jumped around like they were jamming to their favorite song at a club. They then put their arms up and started hailing for a perfect score.

Skaggs nabbed the next highest score with a 9.875. Then, sophomore Payton Richards and juniors Savannah Schoenherr and Leah Clapper rounded out the first rotation, tallying a 9.850.

The Gators recorded its second best performance of the season on vault, documenting a 49.375. Despite the solid routines, they couldn’t increase their lead because the Razorbacks matched their score.

Schoenherr secured the top spot and a career best for the orange and blue with a 9.950. Thomas finished second, registering a 9.875. Skaggs, freshman Ellie Lazzari and junior Nya Reed followed, each with a 9.850.

Arkansas lurked behind the Gators, looking to pounce at any given moment after the third rotation. Florida allowed the Razorbacks to remain within striking distance because it recorded its worst score on floor of the season at 49.225.

UF’s struggles began when senior Alyssa Baumann was a late scratch from the lineup. She finished tied for second in the floor event against the Bulldogs. Junior Halley Taylor stepped in and tried to fill the large void Baumann’s absence left. But she still scored the lowest score, a 9.700, which was dropped.

Richards also tallied a score below a 9.800. Reed then came in with a 9.925, making it her third-consecutive time scoring north of 9.900. Thomas finished second, once again, adding a 9.875. Junior Sydney Johnson-Scharpf and Skaggs followed behind with scores of 9.850 and 9.825, respectively.

Still in imminent danger of dropping their first meet of the season, the Gators needed a strong balance beam performance because Arkansas’ Maggie O’Hara, Bailey Lovett and Kennedy Hambrick laid down scores greater than 9.875.

Like last week, Thomas had a strong start to her beam routine again. When she was finishing her third back tuck, she lost her balance and her hands hit the beam, which is considered a fall. She recorded the lowest score of all Gators, and it was dropped.

Rowland said Friday night’s meet was a battle from the first routine to the last and she liked the heart and grit she saw from her squad.

“Just really proud of this team as they handled the pressure,” she said. “Great to see them step up to the moment, take ownership and do what they’ve been doing in practice. We had little things here and there but this team came through.”

They’re in Fayetteville, Arkansas, to face No. 19 Missouri. They’re slated to square off next Friday in the O’Connell Center at 6:45 p.m. The meet can be watched on the SEC Network. 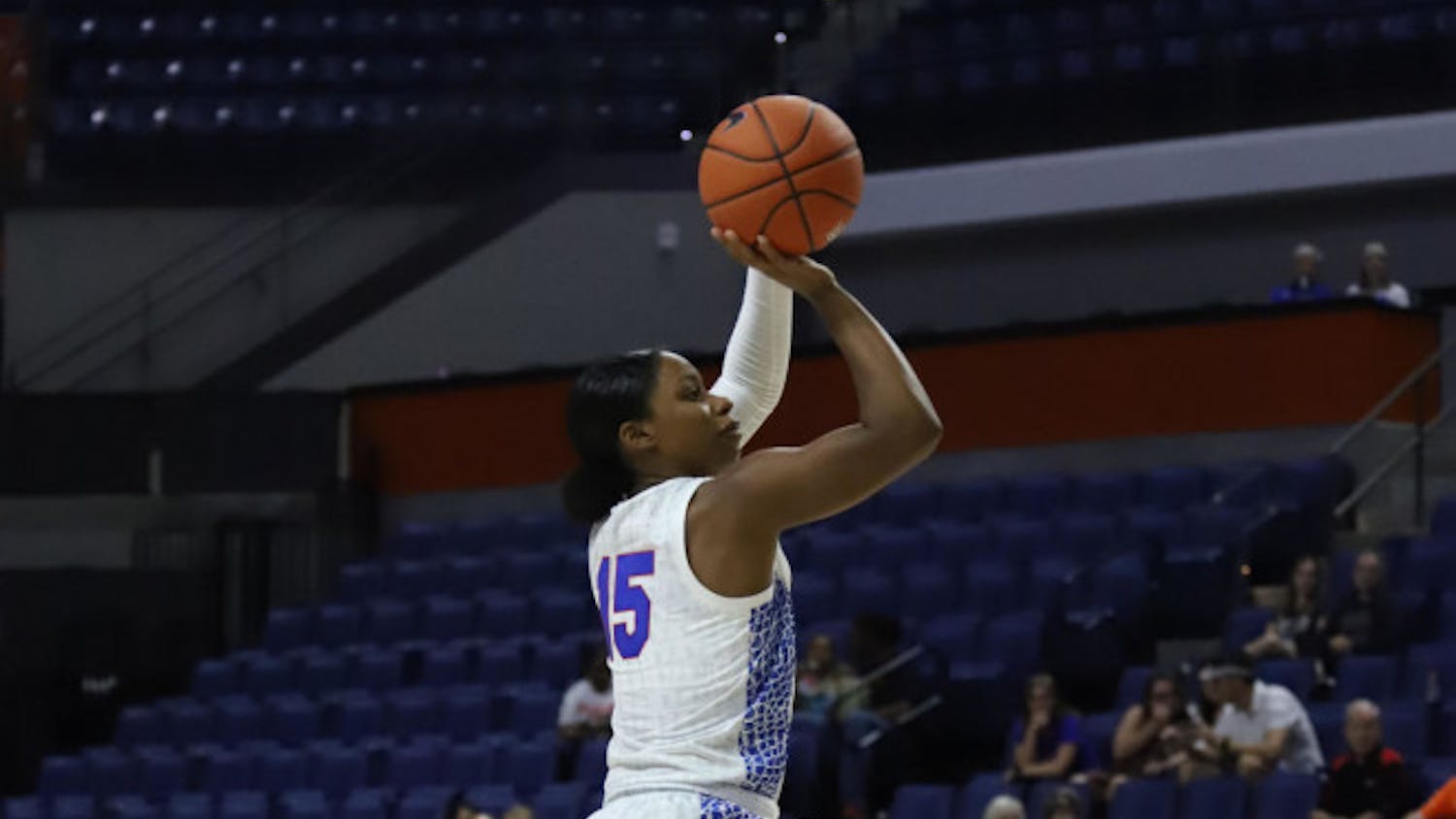 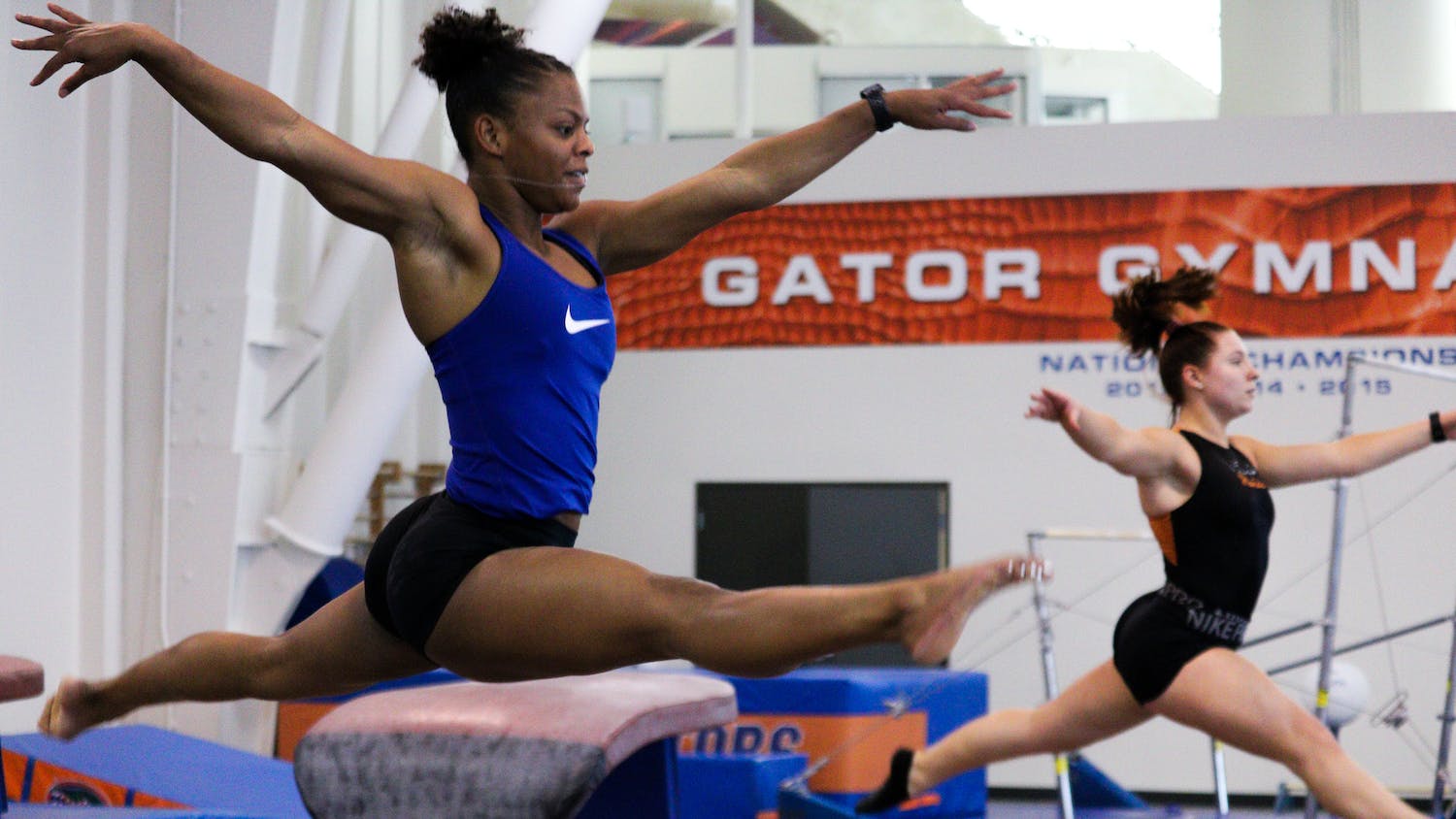