Calipari, the architect of countless buzzer-beaters and NCAA tournament victories, designed a play for his senior “dagger-thrower” Davion Mintz out of the restart. But Florida coach Mike White out coached his counterpart and forced a contested three from forward Oliver Sarr. The senior’s effort clanked off the rim and UF secured the rebound.

Florida guard Tryee Appleby willed home his first free-throw before a confident swish iced the game for the Gators. Free throws from sophomore Tre Mann wrapped up a 71-67 victory for Florida in Lexington, Kentucky, Saturday evening.

Kentucky rode guard B.J. Boston to an electric start out of the gate. A three-ball, mid-range jumper and free-throw from the freshman paired with stout Wildcat defense to create a 13-5 lead.

UF forward Anthony Duruji slammed home a backboard alley-oop from Appleby to bring the Gators within a point, but Kentucky quickly opened a 26-16 advantage behind eight-straight free throws. Florida’s difficulties with fouling are well documented — the Gator defense ranks 291st in free throw rate according to KenPom — and Kentucky took advantage Saturday.

The Wildcats shot 17 free throws in the first-half and converted 94% of them.

“We’ve addressed fouling as much as anything this entire year,” White said. “There’s really no excuse other than our discipline has got to be better.”

White made a vital intervention midway through the first as his team trailed by double-digits. The Gators switched to a 3-2 zone and implemented a half-court trap on made baskets. White’s adjustments led Kentucky to attack the basket with hesitancy and bred UK turnovers.

Guard Scottie Lewis burst to life with a spot-up three before rattling the rim with an alley-oop slam. Kentucky’s lead hovered around four until a dominant sequence from Colin Castleton.

Castleton found Duruji for a beautiful high-low dish and then scored four points. A brief Gators lead evaporated before halftime, but Florida showed grit to enter the locker room trailing by just one.

UF’s perimeter shooting enjoyed a first-half renaissance, which helped the Gators erase the early deficit. They entered Saturday shooting 27% from three since the West Virginia game, but were a much-improved 6-12 from deep at the break.

Kentucky’s remained perplexed by Florida’s zone defense and shot a putrid 33% from the field. A normally sure-handed Florida team failed to capitalize due to ten second-half turnovers.

The two teams traded blows — neither lead by more than five during the second half — and a Castleton slam tied the game at 59 with just over six minutes to play.

“Anytime you can beat a high level team on the road there’s a lot to learn from that, win or lose,” White said. But in a close game where it’s possession by possession, maybe we’ll be able to take a little more from it.”

After disappearing acts in close losses against Arkansas and South Carolina, Mann demanded the ball down the stretch Saturday. The First-Team All-SEC contender probed around the left corner, stepped back and drained a clutch shot to give the Gators a four-point cushion.

“The shot late was huge and for him to convert at the line late was big,” White said. “He plays at such a good tempo and he’s got such a good pace to his game.”

A Kentucky layup and two free throws down the stretch make things interesting, but Mann’s free throws guaranteed a crucial victory that moves Florida into third place in the SEC standings.

Florida will return to the O’Connell Center Wednesday against Missouri after a two-game road trip. Tip-off is at 6:30 p.m. and the action will stream on the SEC Network. 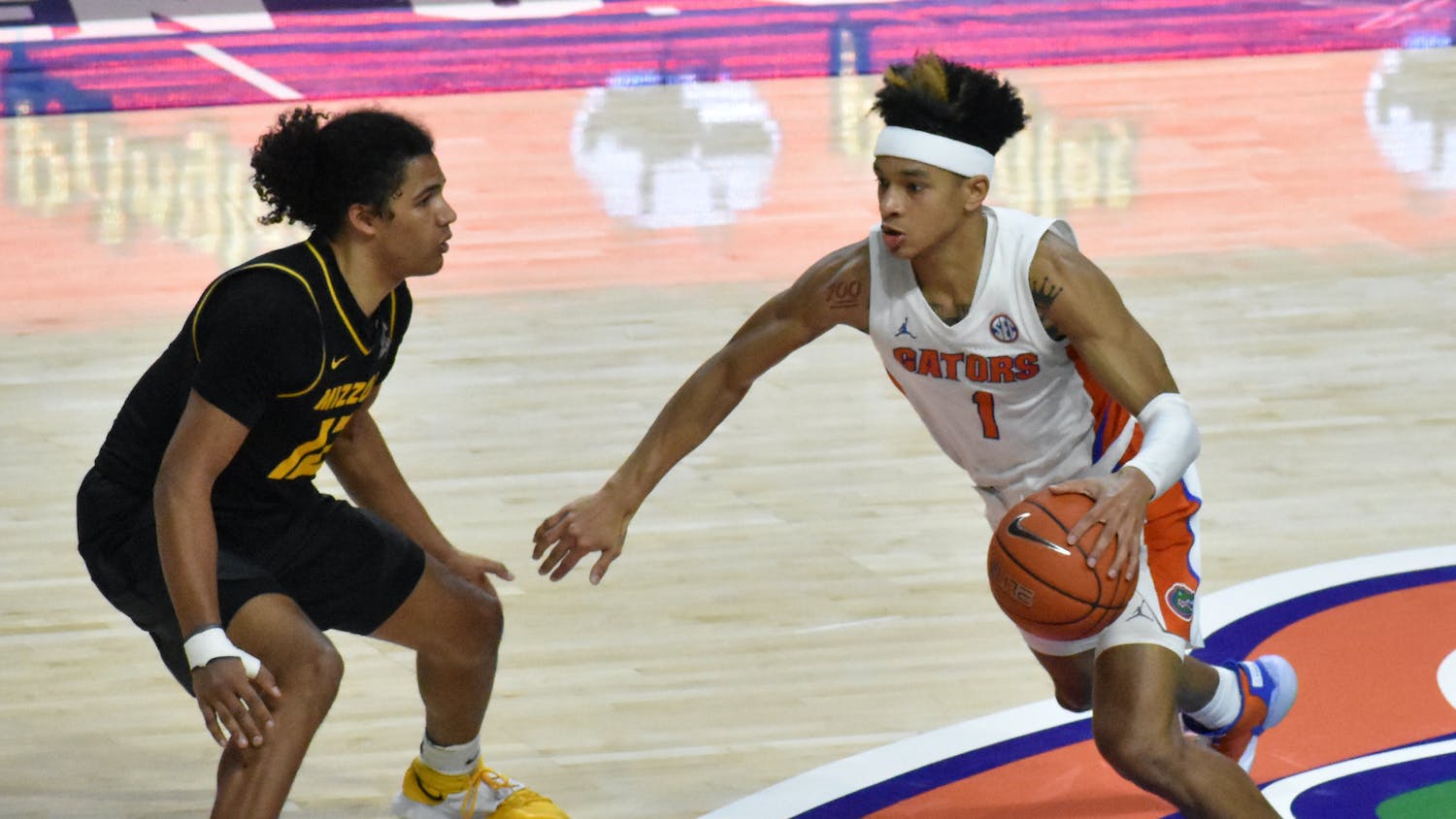 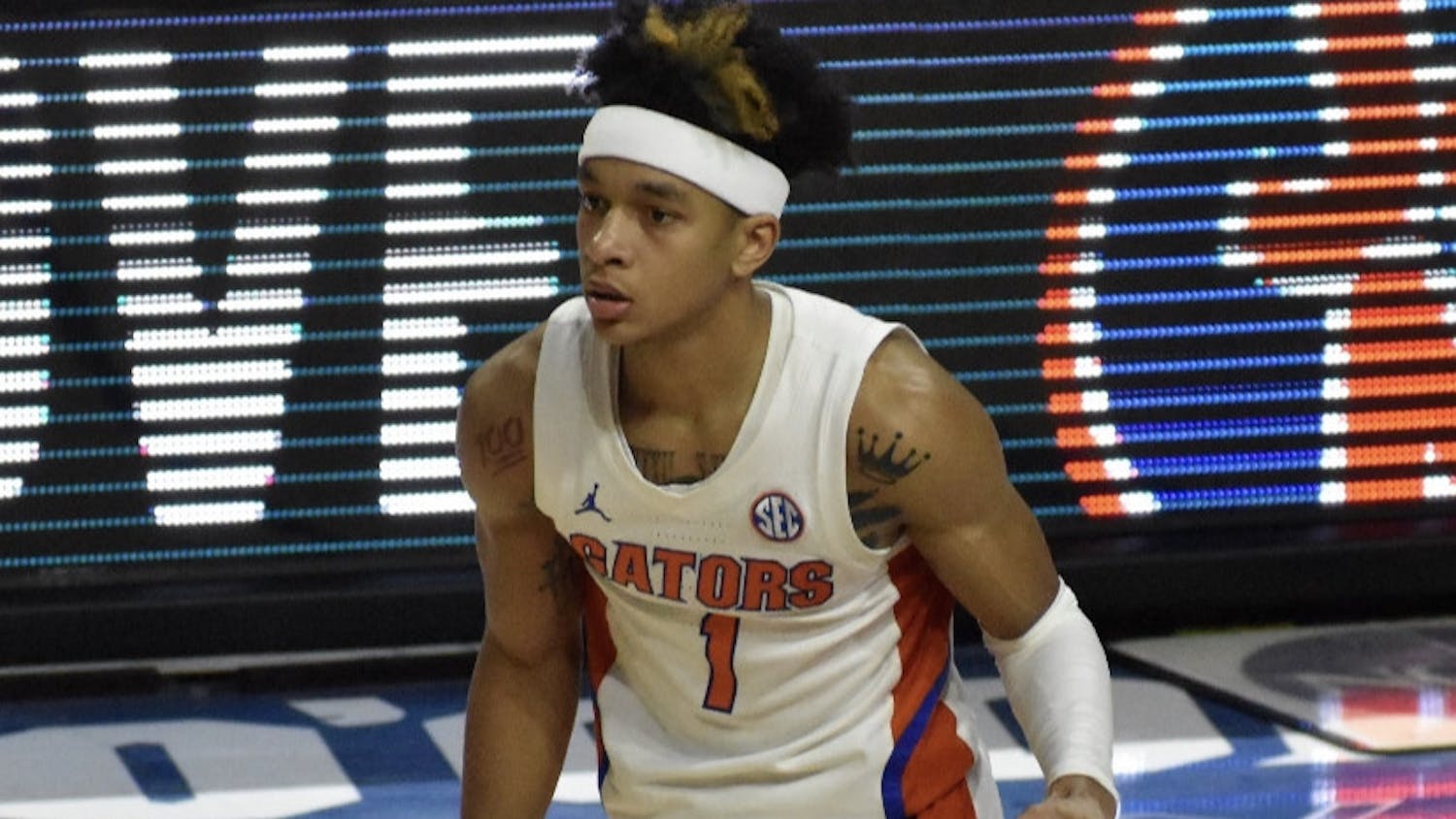