A four-run ninth inning couldn’t stop the Gators from a season-opening victory over their in-state rivals, defeating Miami 7-5 in Florida Ballpark’s debut performance.

Catcher Nathan Hickey broke in the new stadium with its first hit and home run in the bottom of the first inning. The second-year slugger fired a shot down the right-field line that comfortably stretched over the 330-foot wall.

Hickey said five of his strikeouts against the Hurricanes the year before had come on inside fastballs. He was waiting for that pitch to resurface again this year, and he got a hold of it when it did.

“I was sitting on that, just wanting them to come in and I got that pitch,” Hickey said.

With the bases loaded in the bottom of the fifth, Hickey continued to make himself the star of opening night, tallying his second and third RBI’s on a ground-rule double and giving the Gators a 4-1 advantage.

Florida’s bats shouldn’t overshadow Tommy Mace’s pitching performance. In five innings and 90 pitches of work, the righty allowed only three hits and two walks, striking out eight and only one earned run.

The day wasn’t easy for Mace the entire way. After allowing one run and coming inches away from a second in the second inning, he loaded the bases with only one out in the third. His command of the game seemed to be  slipping away.

But Mace buckled down, forcing a line out before striking out Miami first baseman Alex Toral looking. Mace ripped off his glove and screamed on his way back to the dugout, the emotions of the inning roaring to the surface.

“I was excited to get that out for the team, I put myself in that jam but I don’t want to put that on our team,” Mace said.

He rebounded emphatically the next two innings and retired his final eight batters of the night in a stretch that included five strikeouts.

The Gators added three more runs, including on a two-run moonshot from sophomore first baseman Kris Armstrong in the bottom of the eighth, UF’s second home run of the night. The ball flew over every wall in the complex, making the game 7-1 in UF’s favor entering the final frame.

Christian Scott didn’t allow a hit in three innings of relief, as he and Mace held  Miami to just three total hits in what was a lopsided pitching performance until the ninth inning.

Freshman right-hander Chase Centala came in to relieve Scott in the top of the ninth, but didn’t record a single out and allowed three hits before being pulled in favor of reliever Ben Specht. Specht, a preseason second-team All-SEC selection in the preseason coaches poll, allowed two hits and a SAC fly in three at-bats before he too was pulled in favor of transfer arm Franco Aleman, who recorded the final outs of the game, giving Florida a 7-5 win.

When asked why Scott was replaced after three strong innings, head coach Kevin O’Sullivan said he was trying to keep the reliever available for Sunday after he’d already thrown 40 pitches.

“We had a decision to make,” O’Sullivan said. “We’re either going to throw him out there for one more inning and he’d be done for the weekend or take him out and have him for an inning or so on Sunday, and that’s what we did.”

Florida and Miami will play the second game of their opening series Saturday at 1 p.m. as the Gators hope to move another game closer to a second straight sweep of Miami. 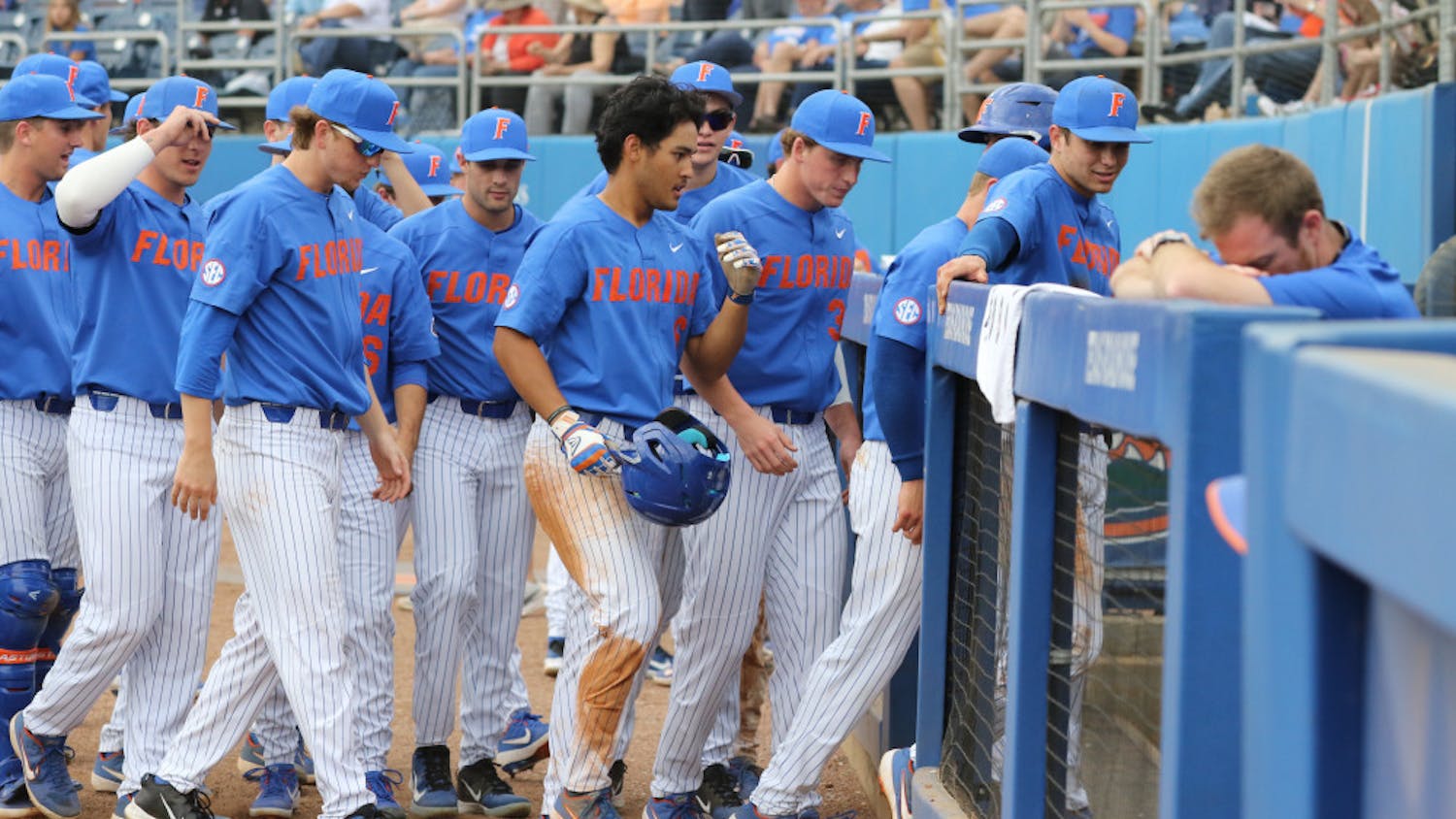