After hanging on for a six-point victory last Saturday against Georgia, Florida now inches closer to a fourth consecutive NCAA Tournament appearance under coach Mike White.

The Gators likely need to win just one of their remaining three games to lock up a berth. UF’s best chance to snatch an important victory is Tuesday’s game at Auburn.

Auburn lost five of its last six games, because of inconsistent play. The Tigers battled a resurgent Kentucky team in a close loss and fell in overtime to Ole Miss. They also suffered a 20-point beatdown at the hands of LSU and lost to a subpar Georgia.

Barring a miraculous SEC Tournament run, the Tigers sit well outside of the NCAA tournament bubble. But Bruce Pearl is an experienced coach, and Florida should expect a strong effort Tuesday.

UF will have to hone in on the following areas to cement themselves in the NCAA Tournament before the palms of Gator nation get too sweaty.

Freshman Sharife Cooper was a revelation ever since he stepped onto the court for the Tigers in January.. Cooper has averaged more than 20 points nine assists through 12 games. He shot 40% from the field and 22% from three.

His shooting percentages are a result of the Tigers relying on him heavily.

The freshman shoots better than 80% on free throws and is excellent at getting to the foul line. In Auburn’s best win of the season against Missouri, Cooper racked up 21 free-throw attempts that decided the 85-80 victory.

Overall, Cooper ranks second in the SEC in free-throw rate and will likely relish the opportunity to line up against Florida’s foul-happy defense. White has pleaded with his team to limit its fouling.

Florida wasn’t spared from the frigid temperatures devastating the nation, but they appear to have localized inside the O’Connell Center.

After their impressive victory at West Virginia last month, KenPom ranked the Gators as the 15th best offense in the country. It was the highest-ranked attack during White’s tenure, and it was due partially to an SEC-best 38% three-point percentage.

However, UF shot a dismal 22% from three and averaged more than 20 attempts from beyond the arc in the subsequent three contests. Auburn has one of the worst three-point defenses in the SEC, meaning the Gators should get plenty of good looks from beyond the arc.

Florida’s interior scorers, especially forward Colin Castleton, rely on space created by spreading the floor and drawing defenders to allow good angles for post feeds. Auburn must respect the three-point shot to create spacing, and the Gators must rectify their shooting woes before the fast-approaching NCAA Tournament.

The most glaring statistic on Auburn’s team sheet is its horrendous turnover percentage. The Tigers allow a steal on nearly 12% of possessions, which ranks 335th in the country. All told, Auburn ranks 318th in turnovers per game with 16.3.

UF ranks 69th in forcing steals, and depends heavily on its defense’s fast hands. After a lackluster first half, Florida forced nine second-half turnovers to generate a late-rally against Arkansas, which White attributed to his team “getting handsy.”

Florida will tip-off at Auburn Arena 7 p.m. Tuesday. The action will stream on ESPN. 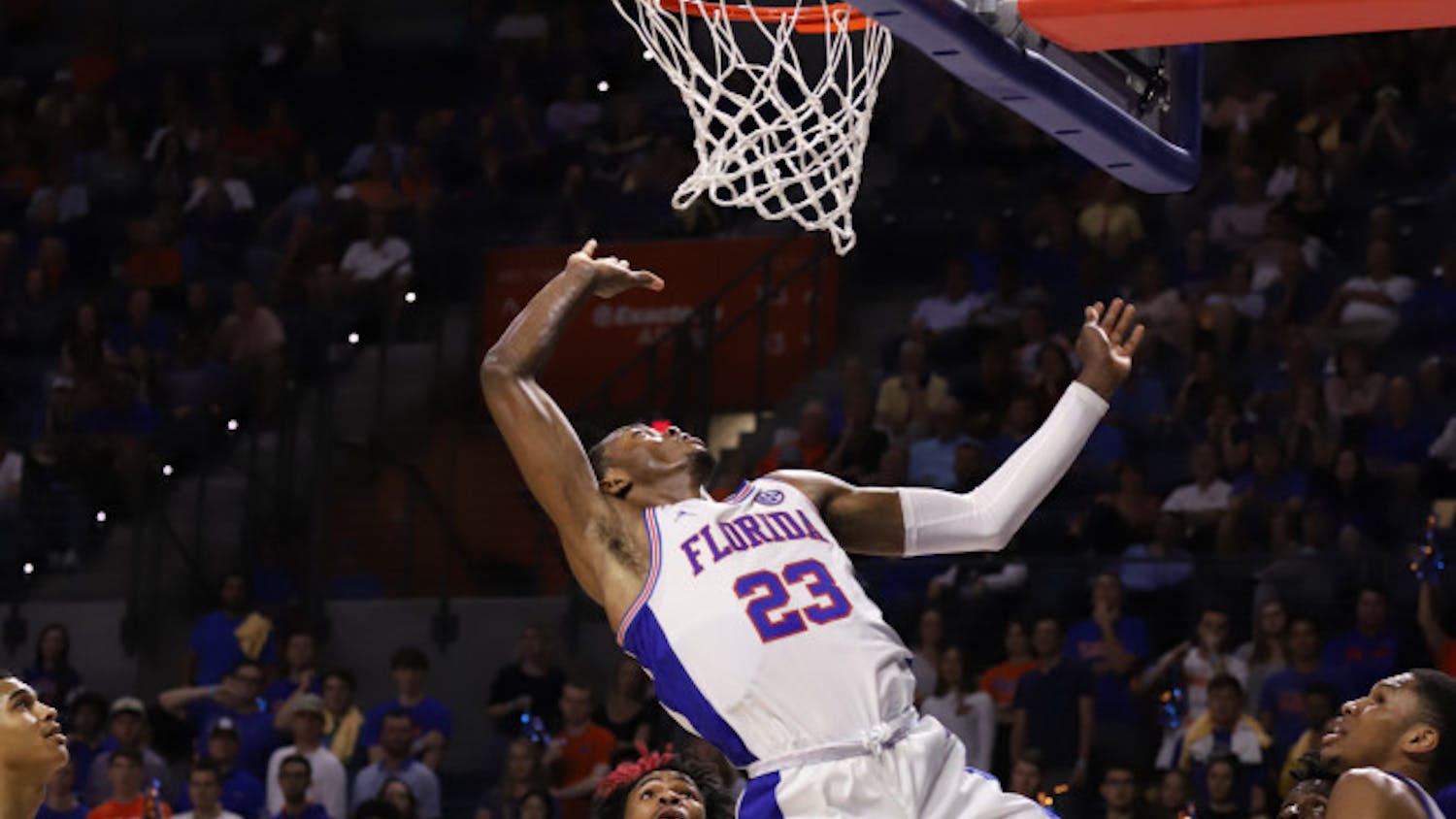 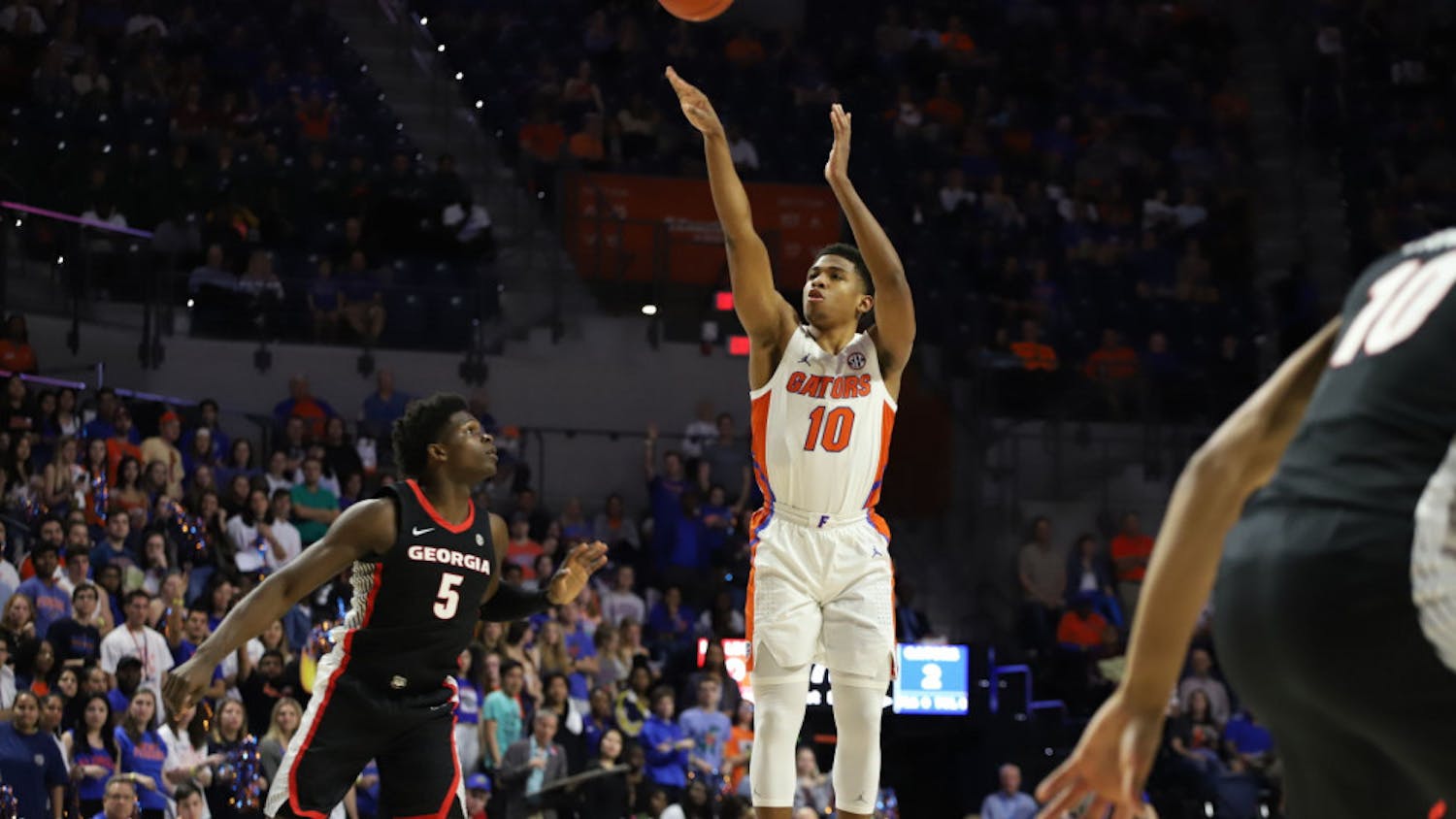 Florida basketball is the darling of advanced metrics