Florida center fielder Cheyenne Lindsey smacked a single down the first base line to drive in two runs and clinch the lead Saturday afternoon against Louisville.

She fouled out earlier, but in the fourth inning, with the bases loaded and the game tied at 1, she didn’t crumble and the Gators cruised to win 5-1.

Right-hander Elizabeth Hightower got the start for the Gators. She entered the game with a near-perfect ERA at 0.74 and kept that mark going. She mowed down the Cardinals lineup to the tune of a complete game, allowing just two hits and one run.

Hightower thought it was one of her worst starts.

“The funny thing about pitching is a pitcher can feel like it's one of their worst days, and they still put up good numbers,” Hightower said.

The Gators started strong with runners on first and second after a single from second baseman Hannah Adams, and a fielder’s choice by first baseman Kendyl Lindaman.

However, Charla Echols lined into a double play, and catcher Julia Cottrill flew out. Echols, who entered with a .536, suffered from an uncharacteristic poor performance. She went 0-3, her third hitless game of the season.

In the next inning, it was the same song, the second verse. The Gators had first and second with shortstop Kali Reis at bat. But the freshman struck out, and Lindsey fouled out, ending another promising inning.

Neither team scored in the third, but Louisville got a break in the top half of the fourth. Rebecca Chung crushed a fly ball off the left field wall for a triple, the first UL hit of the game. Infielder Camryn Greenwood pushed in the run with a single to center field, and Louisville took the 1-0 lead.

UF loaded the bases after a Julia Cottrill walk in the bottom half, and singles from right-fielder Avery Goelz and infielder Jaimie Hoover. Pinch-hitter Bryn Thomas drew a walk, making it 1-1.

After Lindsey’s double, Florida added two more runs in the fourth, first via an Adams sacrifice fly, and the second after a double steal scored Lindsey and brought pinch-runner Katie Kistler home.

The next three innings were a pitcher’s duel with Hightower and Louisville righty not allowing a hit. Hightower struck out two Cardinals batters swinging in the top of the seventh, including the game-ender, where Payton Hudson whiffed swinging for the fences.

“One thing that’s often overlooked with pitching is your deception,” Coach Tim Walton said. “And Elizabeth Hightower has that going for her. She gets a lot of weak outs.”

The No. 6 Gators moved to 9-0, while Louisville fell to 3-5. They’ll play again tomorrow at 10 a.m. before Florida finishes up against McNeese State at 1 p.m. 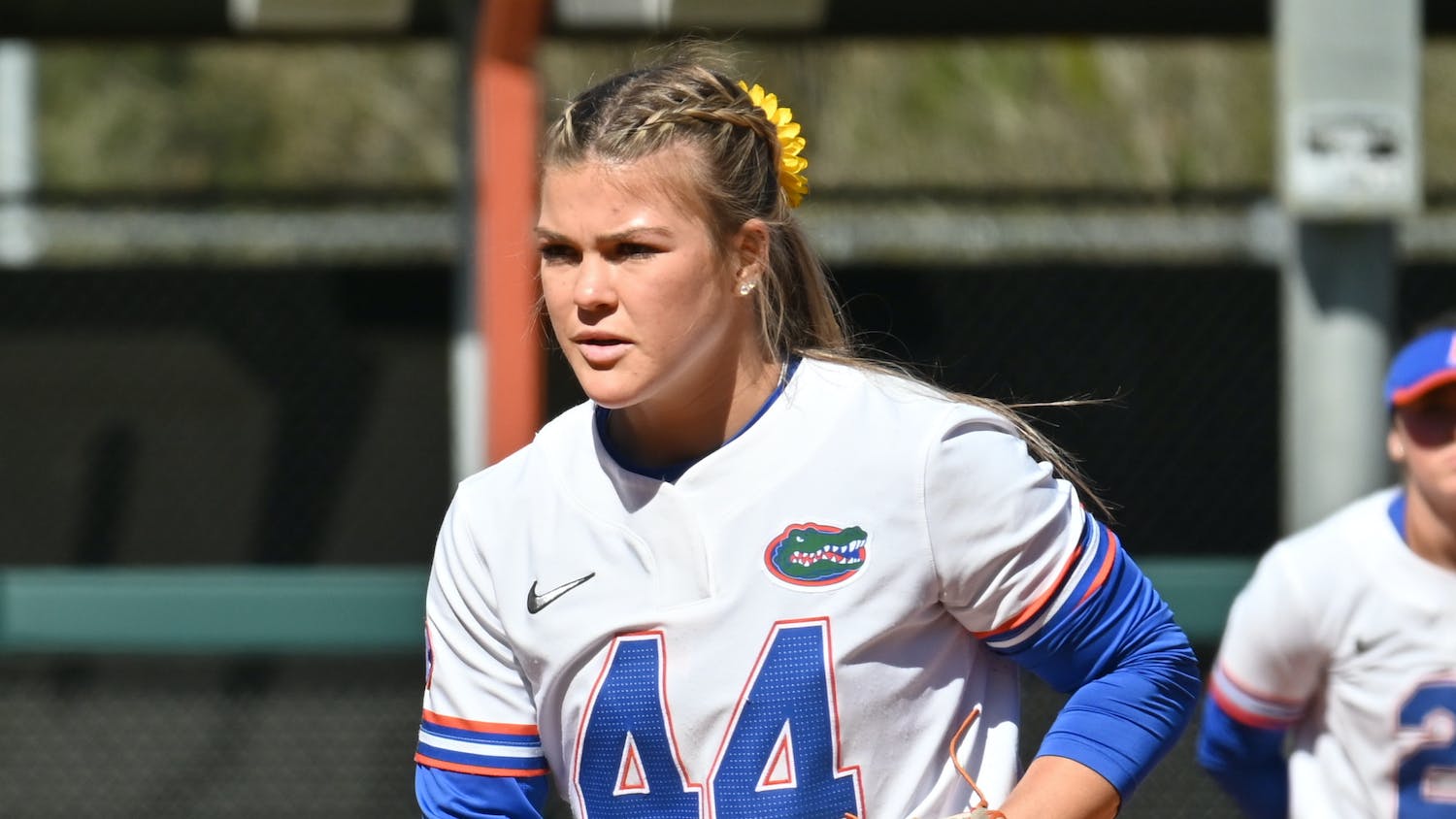