No. 2 Florida is ready for FSU to pay a visit to the Swamp

Two bitter in-state foes will battle it out on the court and earn bragging rights for another year.

The Gators and FSU Seminoles were supposed to meet face-to-face in Tallahassee Jan. 31. But the match was postponed the night before due to COVID-19 protocols within the program. Nearly two months later,  both programs’ records diverted  in opposite directions.

The unranked Seminoles were off to a hot start in 2021 after a three-match win streak over North Florida, Mercer and South Alabama. But like a house of cards, one loss shut-out loss to Georgia brought the structure to a crumble and the Noles haven’t rebuilt since.

Overall, the Noles’ singles and doubles play hasn’t lived up to  what the program usually boasts. Their win percentage  slightly exceeds.400 since the duos stand at 16-22 and singles 36-41.

A force to be reckoned with, the No. 2 Gators kept their flame ablaze since the postponement with 10 consecutive wins and a perfect home record (8-0).

So far in the post-pandemic campaign, the Gators swept four opponents with three of them being ranked among the top 25 — No. 6 Texas Christian, No. 24 Miss State and No. 14 Georgia.

While the doubles teetered through most of the season, the singles roster has consistently pulled their weight and came up clutch for every win. The only time Florida fell behind in both categories was the lone 3-4 loss to the Texas Longhorns Jan. 23.

But even in the loss, No. 68 Blaise Bicknell pulled tricks from up his sleeve and outsprinted the opponent to add on to a remarkable undefeated streak that tracks back to the 2020 season.

Team captain Sam Riffice is fresh off a two-set (6-1, 6-3) victory over No. 21 Alastair Gray from TCU. That same day, he was rewarded with the title of SEC Co-Player of the Week.

Enjoy what you're reading? Get content from The Alligator delivered to your inbox
Subscribe Now
Where to watch

The first serve of doubles play from Alfred A. Ring Tennis Complex will fly Sunday, at 2 p.m. The action will live stream with stats on FloridaGators.com. 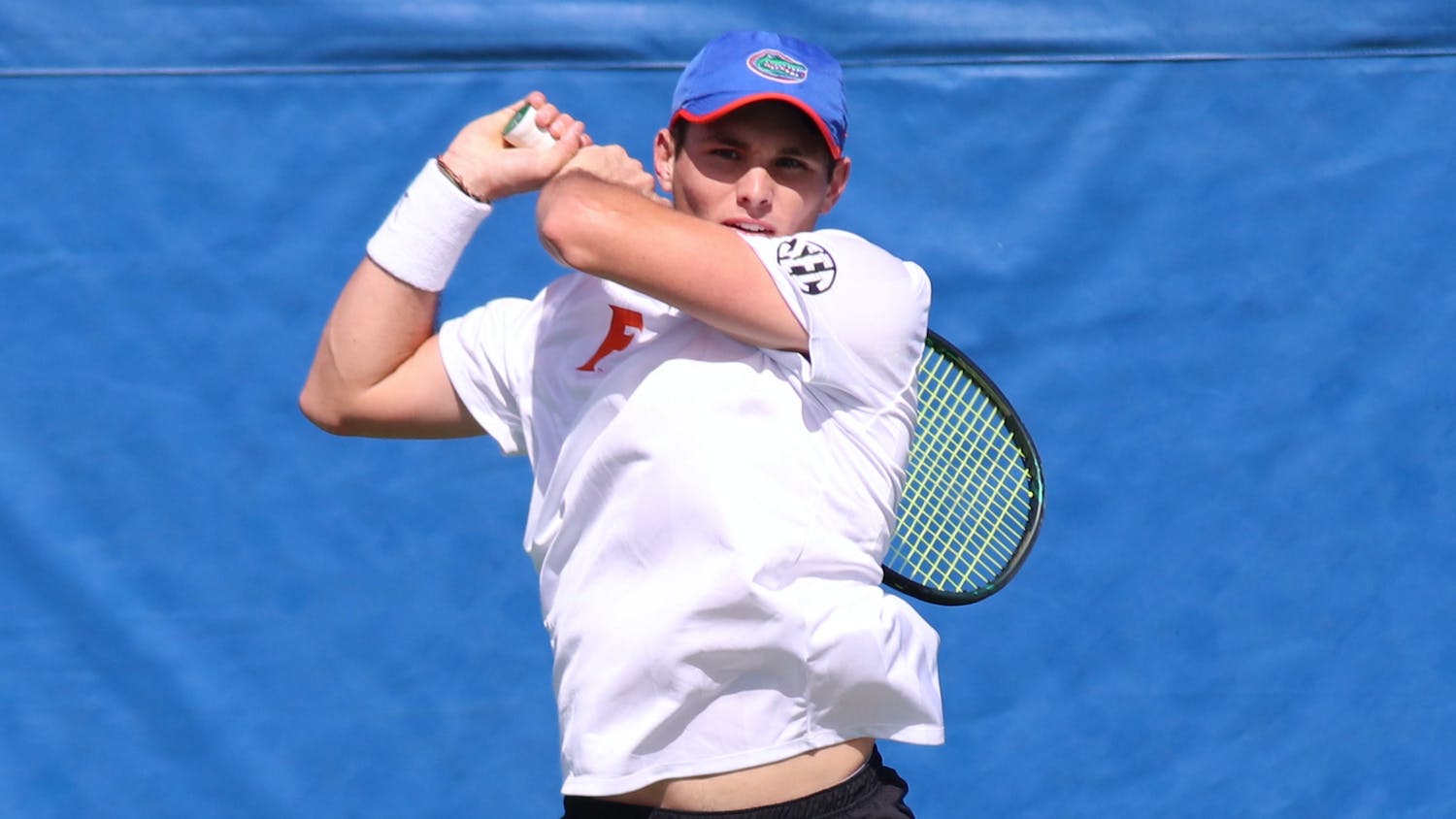