Skip to Content, Navigation, or Footer.
Donate Now
We inform. You decide.
Wednesday, December 01, 2021
Developing:
The latest news on UF’s barring of professors from testifying against the state
SPORTS  |  GYMNASTICS

Coach Jenny Rowland believed freshman Ellie Lazzari would record her first 10 versus Auburn. Rowland felt elated after her dazzling balance beam routine because the freshman finally replicated what she displayed in practices.

Lazzari’s near-perfect score set a new personal best. Coach Jenny Rowland rushed over, hugged her and almost picked her off the ground.

The freshman will tally a perfect score in the future, Rowland said with confidence.

“It just fuels her, even more, to come in here and just fix those little bitty details that are so mentally challenging to change,” Rowland said. “But she’s stepping up those challenges daily, and it’s going to happen, I know it's going to happen.”

No. 1 Florida will battle No. 6 Alabama in Tuscaloosa, Alabama, at 8:30 p.m. Friday for sole possession of the SEC Regular Season Championship — and an undefeated season. Florida and the Crimson Tide met 59-consecutive times with a top-10 ranking attached to both of their names.

The Gator now rank first in every event after their Feb. 26 victory over No. 12 Auburn. The squad demolished every ranked opponent and challenge tossed at them this season. They crushed every obstacle so far. They defeated No. 3 LSU, No. 8 Arkansas and the Tigers twice.

But the team remembers the 2019 NCAA Regionals where two beam falls halted them from advancing to the NCAA Championships for the first time since 2000. They also recall the collision course No. 1 Oklahoma and No. 2 Florida dashed toward until the 2020 season ended due to the COVID-19 pandemic.

“The last two years has been a little bit of a roller coaster for us upperclassmen,” Reed said. “I think that’s our drive, that’s our push, and we also know that we deserve everything that is coming for us. We deserve a ring. We deserve a title.”

Junior Trinity Thomas lifted the team to new heights when she recorded two 10s versus the Tigers. Former Gator Alex McMurtry is the only other Florida gymnast to achieve that feat.

Thomas didn’t stand at the mountain top alone, however. Junior Leah Clapper and Lazzari aided her effort and scored a 9.975 on beam.

Rowland emphasized earlier this season about the importance of peaking at the correct time. The Gators posted two scores of 198 or greater in the last three weeks. It seems they continue to inch toward their climax several weeks before the NCAA Championship. But Rowland believes Florida can ascend further.

“We’ve continuously improved every meet in different areas,” Rowland said. “The exciting part is that we haven’t put an entire meet together that we know we’re capable of doing.”

The meet starts Friday at 8:30 p.m. The action will stream on the SEC Network Alternate channel.

No. 23 Florida volleyball and Alabama clash Wednesday in Tuscaloosa 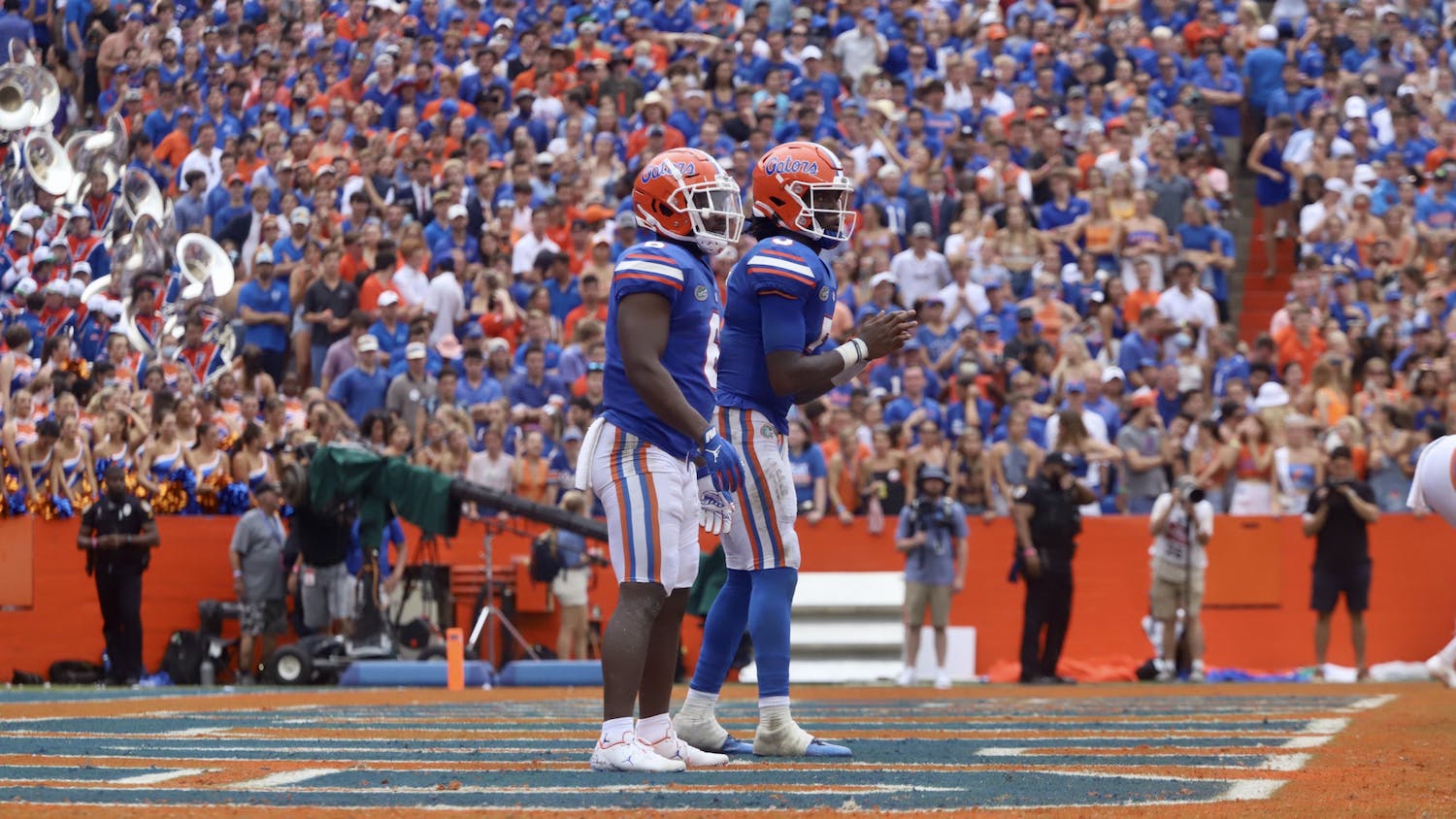