Things were just peachy in Georgia for the Gators.

No. 6 Florida lined up on Wednesday against an unranked Kennesaw State team ready for redemption.

But the Gators ran out of the locker room and posted five goals in under 10 minutes to crush the Owls’ spirits. Less than a minute into the first half, attacker Grace Haus ripped one past freshman goalkeeper Julia Weiss putting Florida up 1-0 early.

Twin sisters Marissa and Siena Gore kept the Owls from being washed out with four combined goals. Sienna scored three of them and earned a hat trick.

Haus picked up two goals and an assist. The senior now sits at 97 career goals and is on 100’s doorstep.

Midfielder Paisley Eagan and attacker Danielle Pavinelli each earned a hat trick, three goals in one game, in the first half.

Owls’ attacker Julia Dell’Angelo cut the Gators’ lead to 10 under two minutes into the second half.

The offensively powered Gators could not be stopped as they dominated the Owls in their 20-7 victory.

“Our offense and defense were both really solid today,” coach Amanda O’Leary said.

O’Leary said this was a great team win overall.

“We knew it would be important to control the draw from the start and we did just that,” she said. UF won over half of the draw controls.

Florida will look to carry its momentum into Deland, Florida, Saturday to take on Stetson. The game is scheduled to start at 1 p.m. and will stream on Stetson’s website. 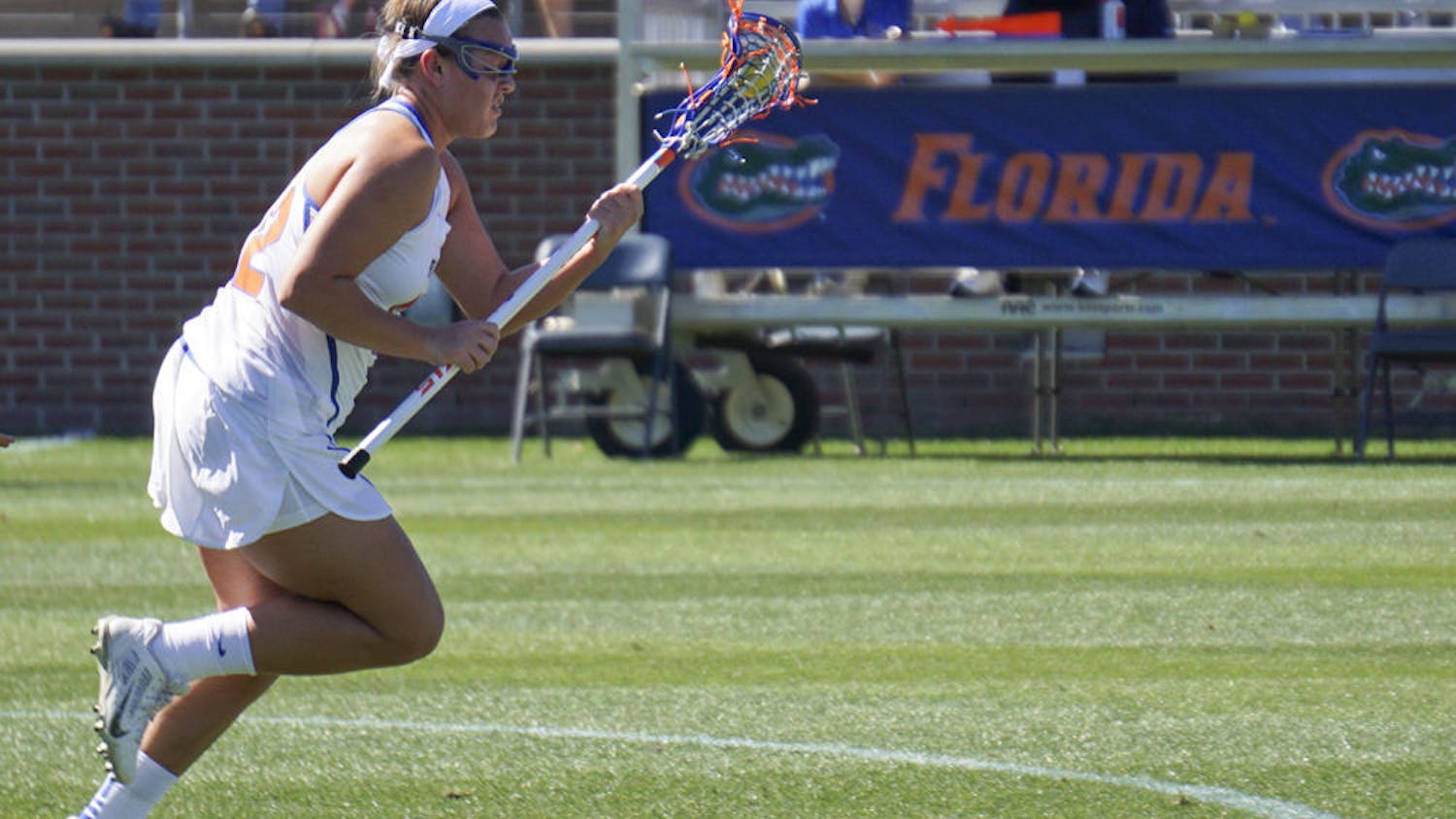