Skip to Content, Navigation, or Footer.
Donate Now
We inform. You decide.
Tuesday, January 18, 2022
Developing:
The latest news on UF’s barring of professors from testifying against the state
NEWS  |  CAMPUS

The bill would limit students’ funding according to their majors

Students are protesting a proposed Florida Senate bill that may dramatically change who benefits from the Bright Futures Scholarship program.

Senate Bill 86, filed by Sen. Dennis Baxley, R-Ocala, on Feb. 23, would limit students’ Bright Futures financial aid based on their major. For the scholarship program to cover all 120 credit hours needed to earn a bachelor’s degree, students must be enrolled in a program of study that will “lead directly to employment,” according to the bill.

Students and parents around the state felt angered by the proposed bill –– over 80,000 have signed a petition and some created a website called “Save Bright Futures” to explain the bill, its next steps and how to help prevent it from being passed. At UF, Alondra Arce, a 20-year-old sustainability studies and sociology sophomore, organized a group of students to paint a mural on the 34th Street Wall Sunday to bring awareness to the bill.

Students worked on the mural from 12 p.m. until around 2 p.m., Arce wrote in a text message. They painted the scholarship program’s logo and the phrase “Save our Bright Futures.” Underneath, they wrote “#StopSB86” and “#KeepOurFutureBright.”

The list of degrees that would qualify for Bright Futures funding under the proposed bill would be determined by the Board of Governors and the State Board of Education on an annual basis. The bill was originally on the Florida Senate Education Committee agenda for Tuesday but postponed “for planning purposes,” according to Baxley’s Facebook page.

The postponement comes after the bill met extensive backlash from students and parents around the state. It’s unclear when the bill to change the $650 million scholarship program will be heard again.

Established in 1997 and funded by the Florida Lottery, the Florida Bright Futures Scholarship Program awards college tuition to high-achieving high school students. During the 2019-2020 school year, 25,190, or about 71%, of undergraduate UF students benefited from Bright Futures, UF spokesperson Cynthia Roldán wrote in an email.

The Board of Governors and the State Board of Education would choose what career certificate, undergraduate and graduate degree programs are “market-driven,” according to the press release. The list must be made by Dec. 31. Students who are not enrolled in an eligible program will receive funding for only 60 credit hours starting in the 2022 to 2023 school year if the bill passes.

Funding from the Florida Bright Futures Scholarship Program will also reduce the number of credit hours a student can receive through “articulated acceleration mechanisms.” These include Advanced Placement, dual enrollment, the International Baccalaureate Program, credit by examination and the Advanced International Certificate of Education Program, according to Florida Statute 1007.27.

In addition, 95.6% of UF students have advanced credit, Roldán wrote in an email. This percentage was calculated over several years and remains consistent, she wrote.

In addition, the Florida House of Representatives filed a bill  Feb. 24 aiming to give out-of-state students in-state tuition prices if they have a grandparent who is a legal resident of Florida. To qualify, the students also must have earned a high school diploma, its equivalent or completed a home education program and scored in or above the 89th percentile on the SAT, ACT or Classic Learning Test.

Students only qualify if they will enroll at a state university as a full-time student the Fall immediately after graduation, according to the bill.

Richard Burt, a UF English professor, said earning a degree isn’t only about getting a job.

Because some majors within the College of Liberal Arts and Sciences would become too costly to study, Burt said he worries enrollment could drop if Bright Futures changes. Humanities allow individuals to reflect on society’s actions and to develop empathy, he said.

Arce started her UF career as a biology major. She said she dreamed of becoming a veterinarian, but after starting college, she realized she wasn’t passionate about what she was learning.

After switching her major, she began performing better in her classes and retaining more information, she said. She worries she wouldn’t receive Bright Futures funding for her new major under the proposed bill.

“I don’t think I should be punished because of that,” Arce said. “If anything, I should be celebrated because I figured out my passion and my goal and path in life.”

As a low-income student, Arce said Bright Futures plays a role in her ability to go to school and prevents her from having to worry about going into debt. She said she is concerned about whether students already in college will be grandfathered into the bill for the 2022-2023 school year.

Although only her senior year would be affected, she said the bill will impact other students for years to come.

“If anything, it’s going to put the majors in a caste-like system,” she said. “It’ll make the STEM majors and majors that are deemed desirable getting funding on top versus you have your more liberal arts majors and the humanities on the bottom.”

Isabel Mitre, a 20-year-old UF College of Engineering computer science sophomore, said she chose a STEM major because it's what she likes and wanted to study. She doesn’t think students should be asked to study something they aren’t interested in to afford college.

“I think incoming college students will have to make the decision of what they study based on financials,” she said. “I know that’s the entire reason I came here to the University of Florida because it was the best option financially.”

Oscar Santiago, an 18-year-old UF political science freshman, said he opposes the bill’s plans to cut credit hour funding by a student’s number of dual enrollment and AP credits. He believes students should be able to go to college without worrying about their finances.

Because the bill is vague, Santiago worries his major will be included on the list, he said. As a pre-law student, he said he is unsure whether the bill will consider majors students typically choose to study with intentions to apply to law school.

Santiago signed petitions against the bill and also called Sen. Keith Perry, R-Gainesville, who represents Alachua County, to voice his concern, he said.

“I’m trying to do anything I can to stop the bill,” Santiago said.

This article has been updated to reflect that Sen. Keith Perry represents Gainesville. The Alligator initially reported otherwise. 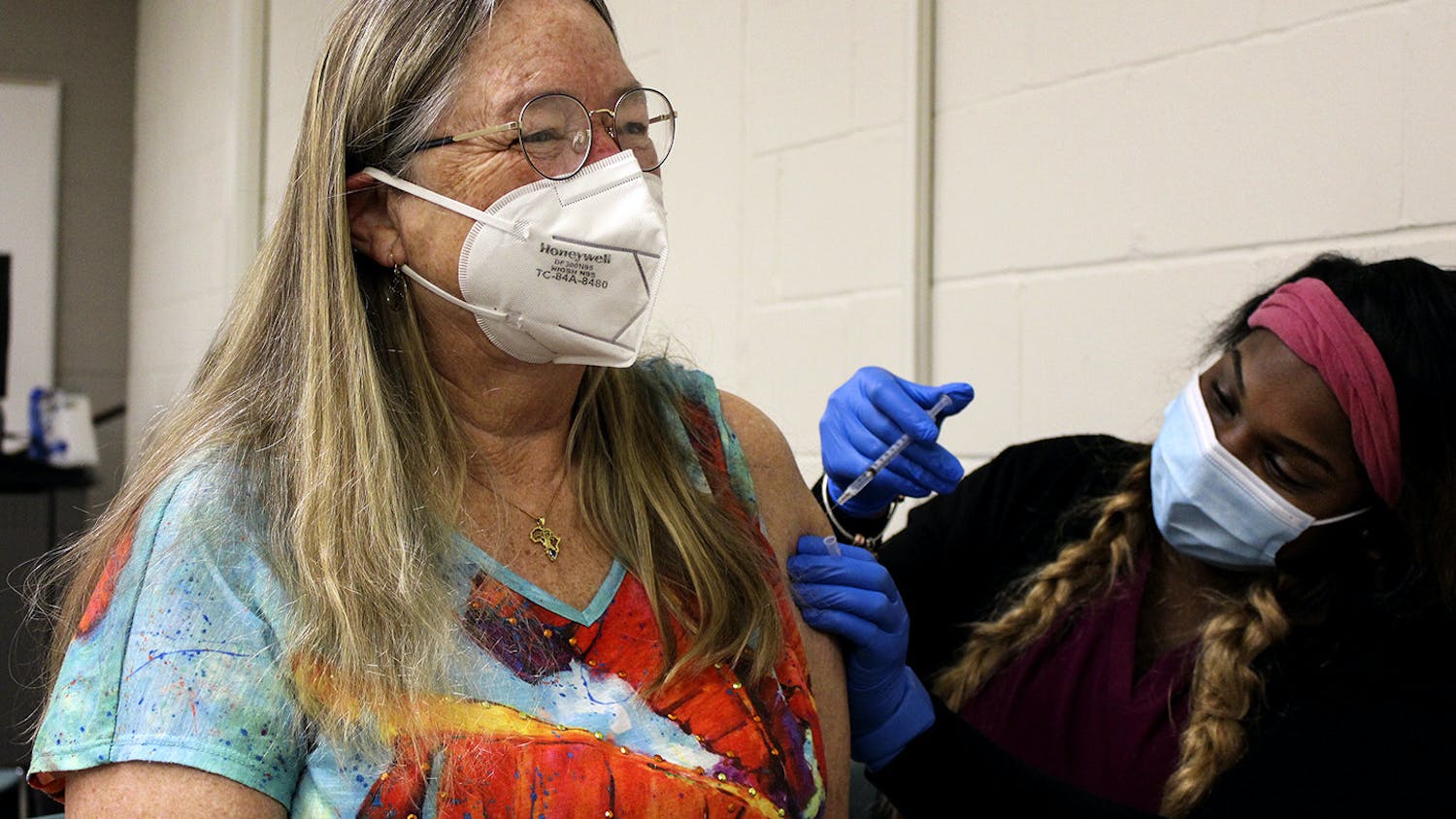