As Elizabeth Hightower made the 150-foot trek from Florida’s bullpen to the pitcher’s circle, she traversed carefully kempt outfield grass, a loaded base path and the paralyzing pressure of SEC softball.

Hightower peered toward catcher Julia Cottrill’s sign as Kentucky’s tying run lurked on second base. She battled Autumn Humes to a full count before Humes launched a high fly ball into left field. Ultimately, outfielder Jamie Hoover made a comfortable grab and a visibly relieved Hightower enjoyed a shorter walk into the UF dugout.

Florida shut down the Wildcats in the seventh inning and escaped with a series-clinching 3-1 victory Saturday.

Kentucky put immediate pressure on the Gators in the top of the first. Kayla Kowalik reached scoring position on the second pitch of the game off of a single and an error, and moved within 60 feet of home plate after a sacrifice bunt.

Starting pitcher Natalie Lugo bore down and retired the next two Wildcats to leave the inning unscathed.

Kentucky hurler Grace Baalman kept the Gator offense grounded in the first inning and rocketed a 1-0 offering into orbit. Her second-inning shot landed on the back end of the Florida bullpen and gave the Wildcats an early 1-0 lead.

Cottrill laced a one-hopper off the center-field wall to set up the Gators with runners on second and third and just one out. UF appeared to squander a prime scoring opportunity after Hoover’s fielder’s choice and center-fielder Cheyenne Lindsey’s dribbler.

However, Kentucky second-baseman Lauren Johnson booted the grounder, which allowed Lindsey to reach first and two Gators to score. Senior Hannah Adams poked a 2-1 pitch into left field to score Hoover and bring the UF lead to 3-1.

Florida’s second-inning rally mirrored the resiliency it showed Friday, where the Gators fell behind 1-0 in the fourth inning only to provide an immediate, two-run response in the bottom of the frame.

“The key is to turn the lineup over,” coach Tim Walton said. “For us to be successful we can’t just hit in the 1-2-3-4, we need to hit in other place. I thought that was nice, Avery (Goelz) leads off the inning with a nice, hard, single.”

After a rocky first two innings, Lugo settled in nicely and held the Wildcats to no hits in her final three innings of work. The senior only recorded three strikeouts, but mixed her pitches well and forced a number of fly balls.

“(I made) an adjustment of not leaving so many things over the plate, hitting my corners and allowing those good hitters to get themselves out,” Lugo said.

Florida’s offense was similarly futile, as neither team managed a hit in the fourth and fifth innings. However, Walton inserted southpaw Katie Chronister to pitch the sixth inning, who allowed Kentucky a prime opportunity to erase the UF advantage.

Third-baseman Charla Echols bobbled a grounder off her chest, and a single moved the go-ahead run to the plate. Chronister walked a batter to load the bases and her night ended after just five batters. Hightower came into the ball game and induced an inning-ending fly ball to preserve Florida’s lead.

Florida loaded the bases with just one out in the top of the sixth. However, the Gators failed to add any insurance runs after Lindsey’s infield pop out and Adams’ liner to short.

Hightower forced another two fly balls to bring Kentucky to its final out. Jaci Babbs made contact with a 1-2 pitch out of the strike zone which secured the victory for Florida.

The Gators will bring out the brooms as they look to sweep Kentucky Sunday. The first pitch will fly 1 p.m. and broadcast on SEC Network + 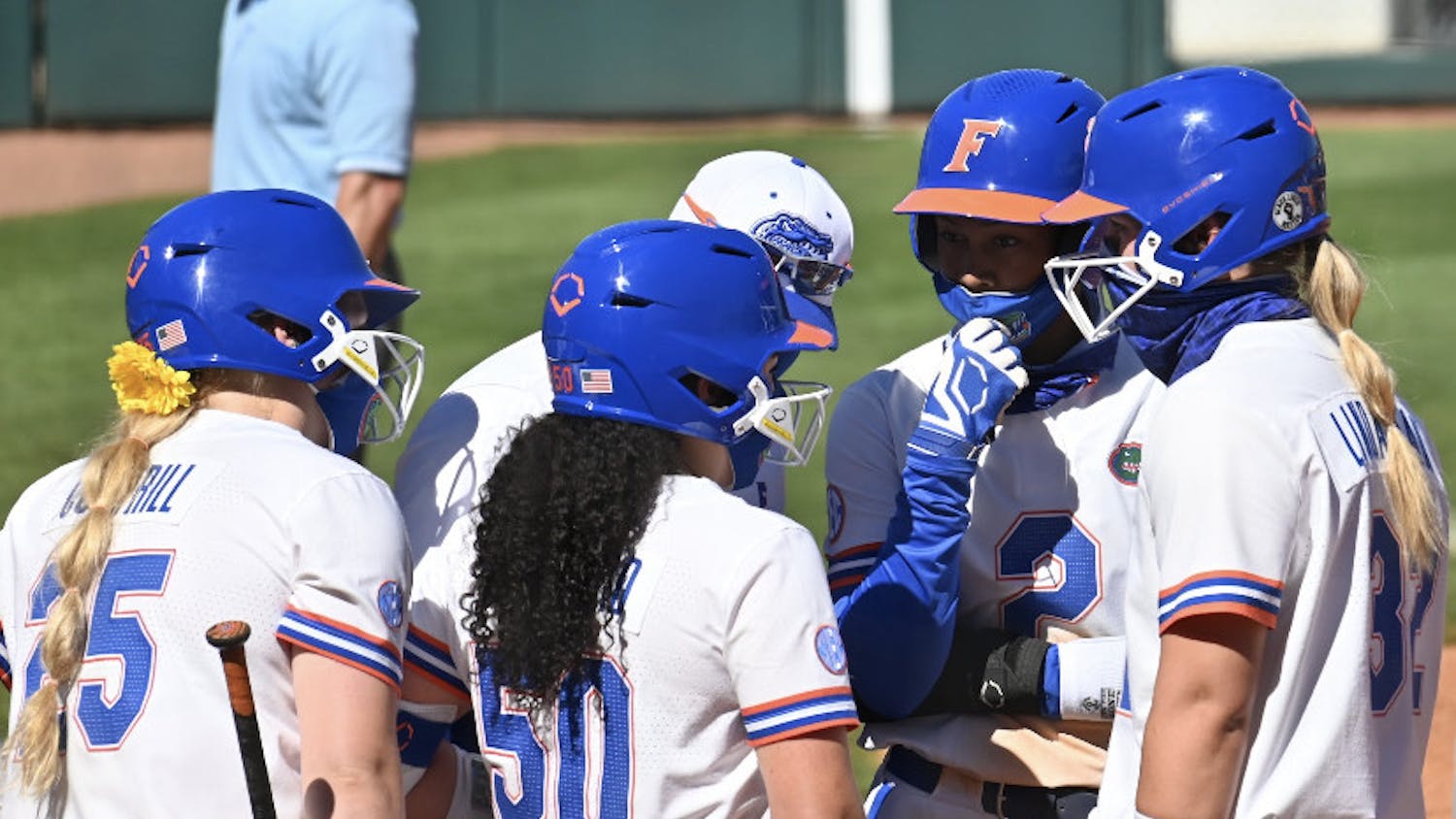 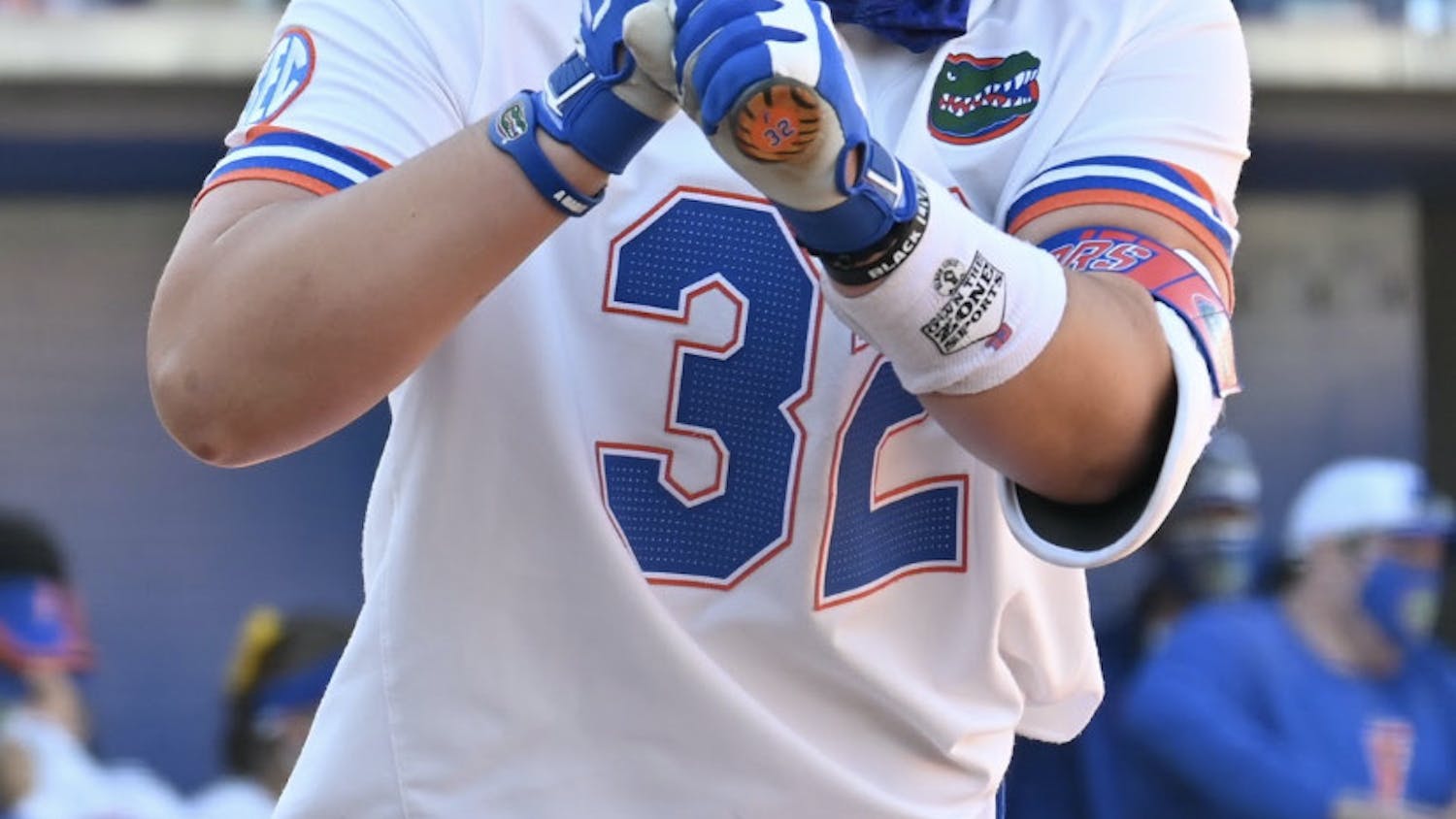