Since 2012, a Gators player has heard their name called in the first three rounds of the NFL Draft.

With UF’s embarrassment of riches on offense last year, that streak won’t die out anytime soon.

The Gators boast a few exciting prospects from last season’s’ dynamic offense, even though some players are more coveted by NFL teams than others.  Here are three of Florida’s biggest players entering the draft this year and the places where I think they would fit well.

There are a slew of phenomenal pass-catchers in the draft this year, and Kyle Pitts may be the best.

The 6-foot-6-inch, 240-pound tight end was a finalist last year for the Fred Biletnikoff Award, given to the best ball-catcher in college football, and it came with good reason. Pitts played eight games and caught 43 passes for 12 touchdowns and 770 yards receiving. He was a dominant force in college football, and there’s no question that he will be off the draft board before the 15th pick (and likely well before that).

The Miami Dolphins, who just traded back to 12th with the 49ers and then up to 6th with the Eagles, will almost certainly look for a dominant pass catcher to help out second-year quarterback Tua Tagovailoa. While they could also pick a skilled wide receiver in DeVonta Smith or Ja’Marr Chase, I don’t think anyone would be surprised if they added a weapon like Pitts to the squad.

The Giants feel confident in their quarterback Daniel Jones, so they’ll likely try to get him some more weapons after an offseason filled with strong free-agent signings. Pitts would be a great candidate to replace tight end Evan Engram, a similar archetype of receiving threat who has disappointed during his time in New York.

Enjoy what you're reading? Get content from The Alligator delivered to your inbox
Subscribe Now
Wide receiver Kadarius Toney

Wide receiver Kadarius Toney was initially more of an all-around offensive weapon during his first years with the Gators, but last year, he evolved into a full-fledged threat at the position.

Catching 70 balls for 10 touchdowns and 984 yards, Toney played a huge part in quarterback Kyle Trask’s abundance of high-powered weaponry across the 2020 season. He can take snaps anywhere on the field, and his route-running ability improved tremendously to complement his evasiveness.

The Jacksonville Jaguars are no strangers to picking players from the state of Florida, and Toney would be another Infinity Stone to add to owner Shad Khan’s gauntlet. The Jaguars had a quite frankly pitiful roster last year, and with the almost certain addition of Clemson quarterback Trevor Lawrence, Toney could immediately improve the wide receiver corps and do some damage in North Florida.

The Packers, meanwhile, have wanted weapons on the offensive side of the ball for some time now. Devante Adams was perhaps the best receiver in the NFL last year, but the Pack don’t have an established second wideout for quarterback Aaron Rodgers. This pick would give them one, and the chance to make it to another NFC Championship game in 2021.

For a former Heisman finalist, you would think Kyle Trask’s name would be thrown around frequently coming into the draft. That’s far from the case.

Despite a wildly impressive outing of 43 touchdowns to only eight interceptions with 4,283 yards in the air, Trask will likely not hear his name called in the first round. Instead, the 6-foot-5-inch, 240-pound quarterback will probably find a home in the NFL in the second or third round once the quintet above him finds theirs.

Trask may find that home in the Pittsburgh Steelers. Trask is a big-bodied player that evokes the size of current Steelers quarterback Ben Roethlisberger, the latter of whom will likely retire within the next few years. Trask would learn from him and take over an offense with wideout weapons like JuJu Smith-Schuster and Chase Claypool. He would also play under an experienced veteran coach in Mike Tomlin.

The Saints’ aging quarterback Drew Brees bowed out and retired at the end of this season. Former Buccaneers quarterback Jameis Winston and the “Mormon Missile” Taysom Hill are waiting for their shot in New Orleans, but Trask would be a great piece for the Saints to keep the team on track. Quarterbacks who learn in head coach Sean Payton’s system tend to flourish, so this might be a team Trask would look forward to playing for most.

Florida’s pro day will give NFL scouts an in-depth look at just what these players can do. Come April 29, there’s no doubt these Gators will shine on football’s biggest stage. 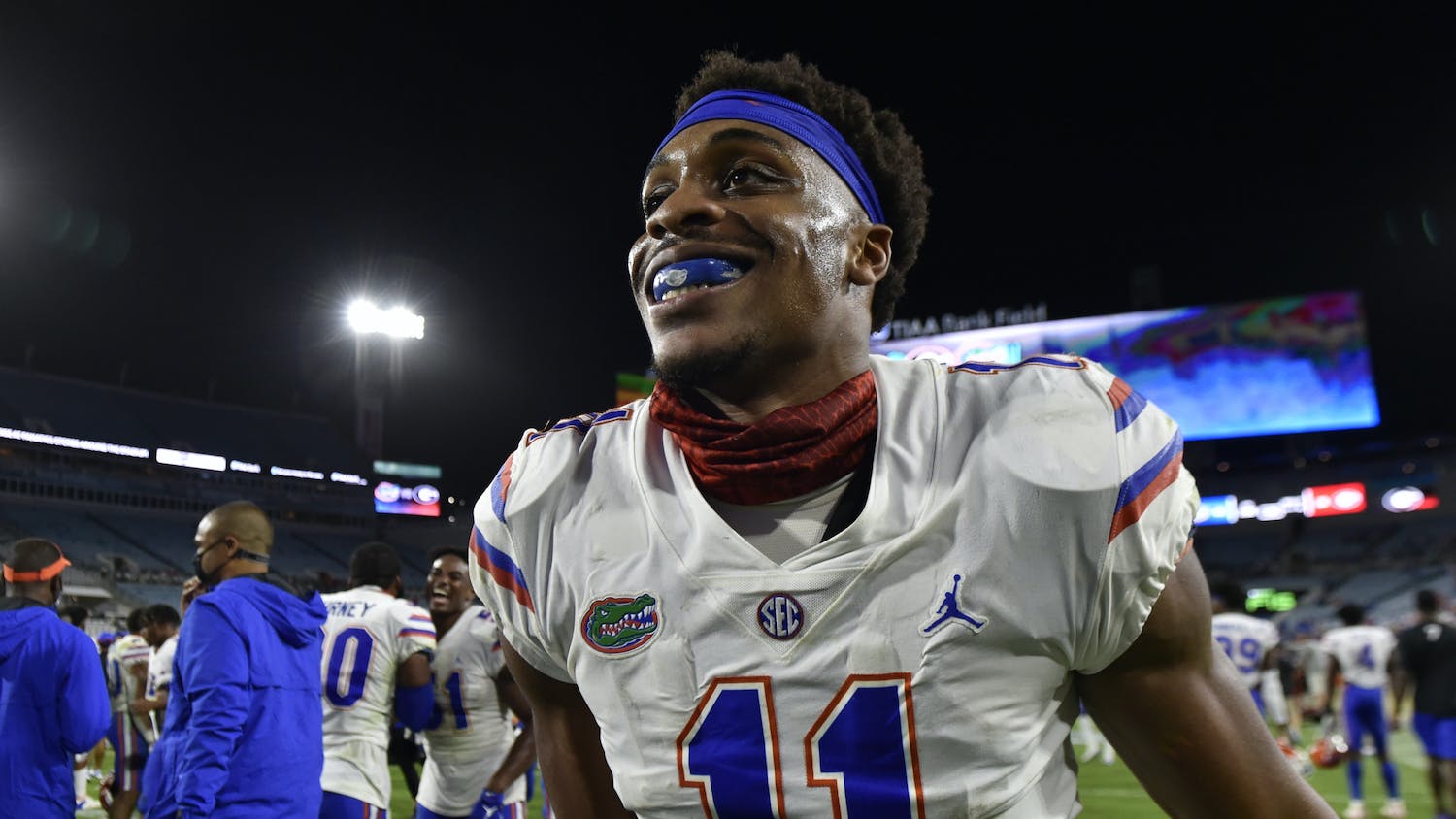 Pitts immortalized outside The Swamp 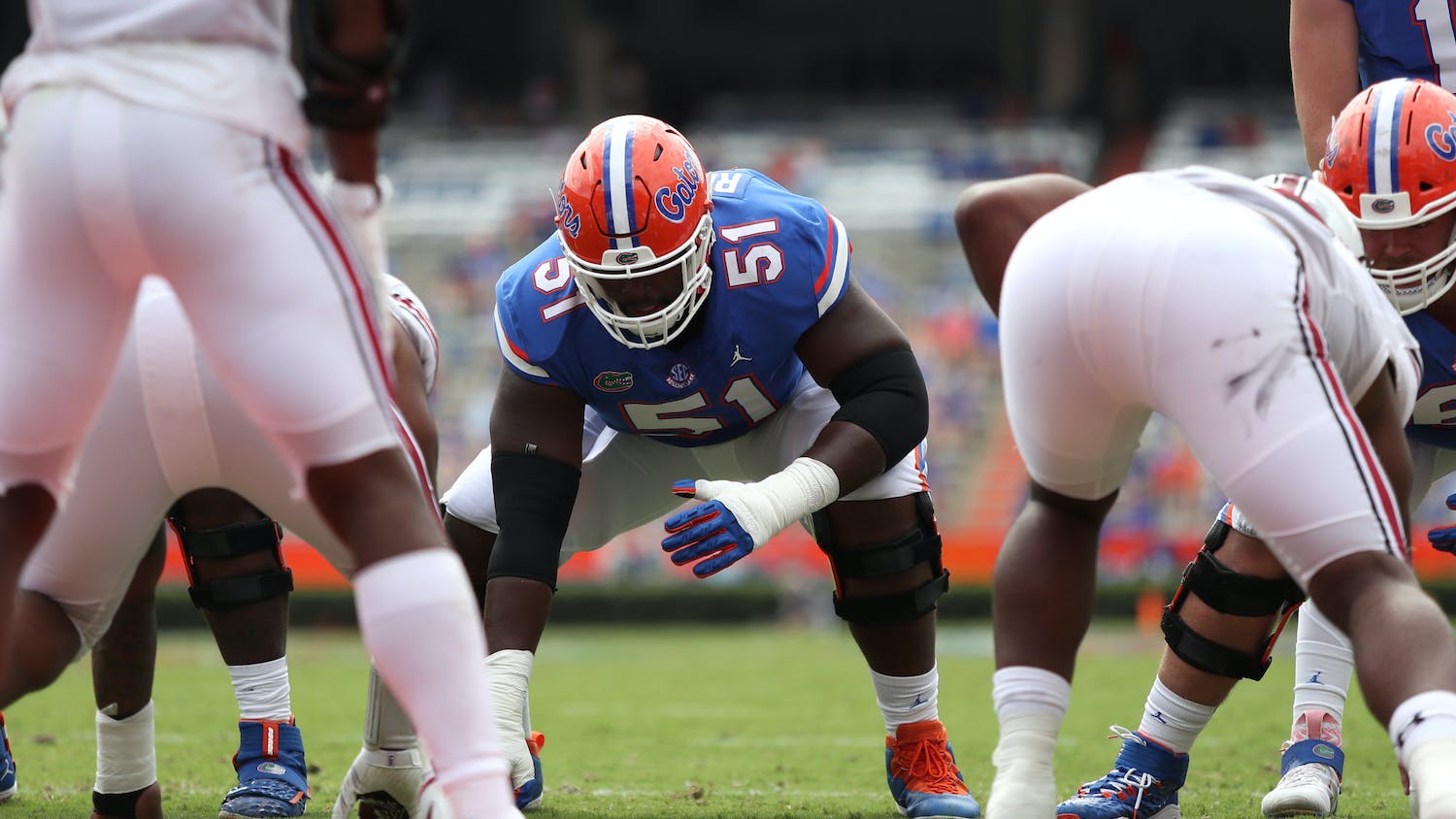