The Gators can’t hold onto an early lead as they drop the series against Tennesse and fall to 5-6 in the SEC.

Jack Leftwich sulked off of the mound after a disappointing performance in the sixth inning. Heleft behind loaded bases, stormed into the dugout threw his glove against the wall.

The game wouldn’t get better from there for the Gators.

Saturday night’s game in Knoxville followed a similar narrative to its Friday night. The Gators dropped game two, and the series, in a 5-4 loss to the Volunteers. The Gators fall to a 5-6 record in the SEC with their second conference series loss.

The Gators struck first in game two. After limited action in the first three innings, the bats saw some life in the top of the fourth when right fielder Sterlin Thompson launched a bomb over the wall in right-center field to score the first run of the game.

Center fielder Jud Fabian followed up with a single to center, and a double by catcher Nathan Hickey gave the Gators runners on second and third. Second baseman Josh Rivera walked to load the bases for Carrion.

Carrion delivered and slapped a single through the middle to give the Gators two more runs. The momentum seemed to be on the Gators’ side. In the bottom of the sixth inning, that changed.

The inability to find success at the plate beyond the fourth inning was another major problem for the Gators on Saturday. Young and Rivera were the only two Gators to get more than one hit. Young went 2-5 and Rivera went 2-3.

The remainder of the game proceeded with limited drama until the top of the ninth inning. Jacob Young launched a double in the gap in right-center field, and Kirby McMullen drove him home with a single into left to put the Gators within one.

The sixth inning proved nothing short of a nightmare for the Gators.

Despite solid pitching from Aleman and Van Der Weide throughout a majority of the game, the sixth inning proved too deadly for the now 20-11 Gators.

Starting right-hander Franco Aleman showed his first sign of weakness and gave up two straight walks before Kevin O’Sullivan decided his night was over. Leftwich was called in for relief but brought the opposite.

Leftwich faced two batters and dealt no strikes. The right-hander threw eight consecutive balls, which handed the Volunteers loaded bases and their first run. Leftwich exited the game with a frustrated throw of the glove against the dugout wall.

Left-hander Trey Van Der Weide entered the game and attempted to clean up the mess. However, after a run scored on a double-play, the Vols knocked in three more runs on three consecutive hits to take the lead from the Gators.

The comeback fell short, though, and the Gators dropped game two.

Though the series is already lost, the Gators look to take one from the Volunteers in Sunday’s game. First pitch is set for 1 p.m., and the game can be found on SEC Network+. 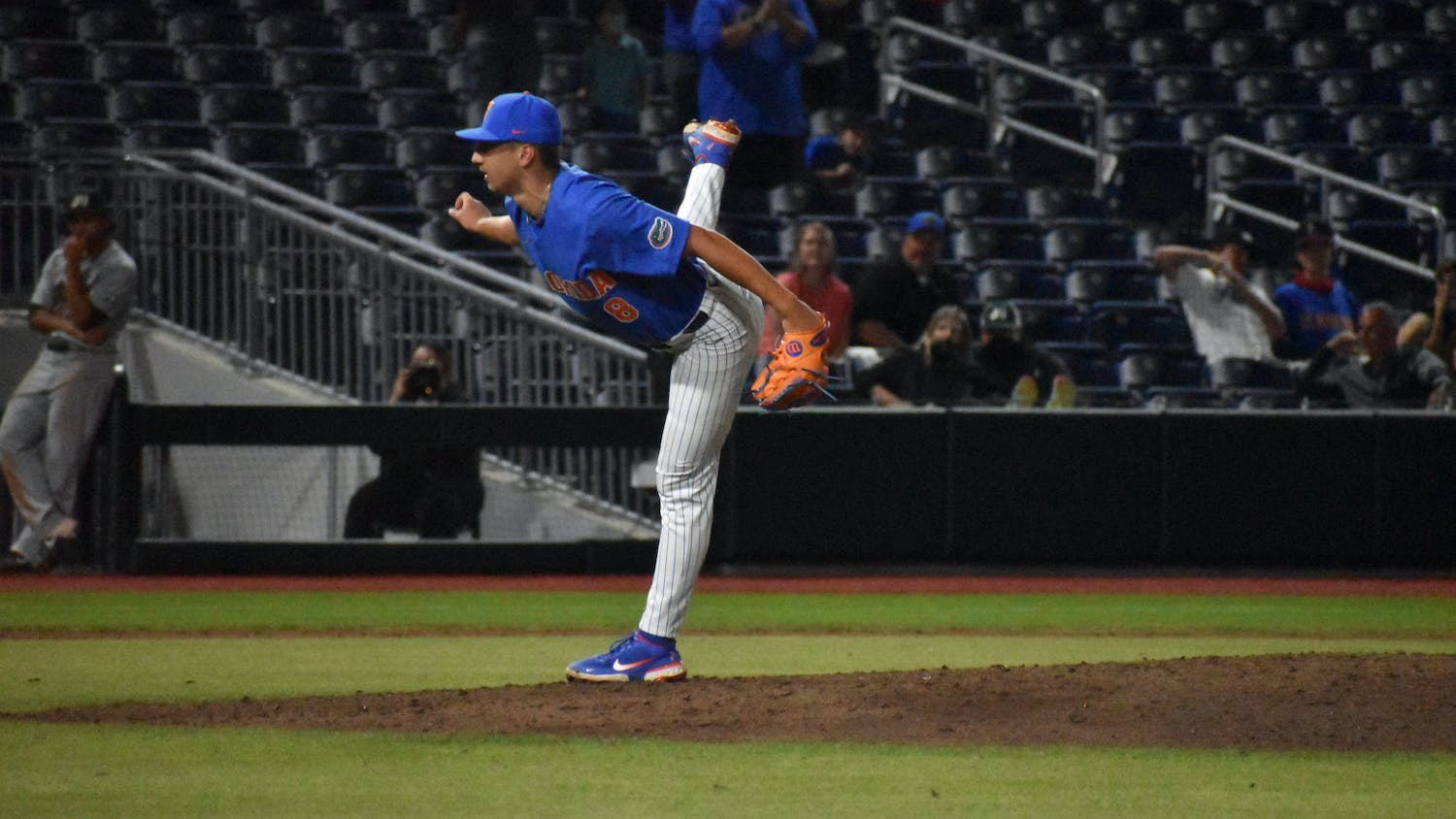