Florida improves to 6-0 in the AAC

With an assist from attacker Brianna Harris, Haus ricocheted the yellow ball past goalkeeper Ashley Vernon who extended her arms out as far as she could but it wasn’t enough to stop the senior.

“Everyone was keeping their head up and moving the ball,” Haus said. “It was a good team effort overall.”

The No. 10 Gators continued their AAC dominance with a 19-7 over the Pirates. UF is projected to win the conference championship in May.

Haus could not be denied and was awarded a free position. The senior drove to the net and ripped a shot past Vernon. “I want it, I got it,” blared over the speakers at the ‘Diz as she cashed in a first half hat trick.

Haus finished the match with a career-high six goals. Harris trailed behind closely with two goals and three assists.

ECU’s Ally Stanton finally got one on the board halfway through the half. Sarah Reznick, the AAC Preseason Goalkeeper of the Year, held the Pirates to two goals in the first half.

The Gators boasted an 11 goal lead at the half as they ran into the field house.

The Pirates capitalized off the opening draw in the second half. They proved they weren’t heading back to North Carolina without a fight.

Freshman Danielle Pavinelli juked through the East Carolina defense. The attacker twisted and turned until she stared ECU goalkeeper Vernon in the face. She took it to the net alone and chucked her stick up in the air to celebrate.

Goalkeeper Julia Hammerschlag subbed in for Reznick halfway through the second half. The Baltimore native left the goal crease to chase a fluke shot. With the net wide open, attacker Brittany Borchers caught her by surprise and scored.

But the Gators kept the ball moving. Midfielder Kelly Schluederberg darted from the eight-meter arc off of a free position to find midfielder Kylee Hubiak who sent a shot into the back of the net

A last minute effort wasn’t enough for the desperate Pirates. With Charlotte Harmon’s goal in the final 10 seconds, Florida closed out the back-to-back with a win.

Coach Amanda O’Leary said the goal was to play strong right out of the locker room. And the Gators did just that.

“They were running on all cylinders today,” she said. “Hopefully this momentum carries us into the Vanderbilt weekend.”

Florida takes on Vanderbilt at Donald R. Dizney Stadium April 16. Opening draw is set for 4 p.m. and will stream on the Florida Gators’ YouTube channel. 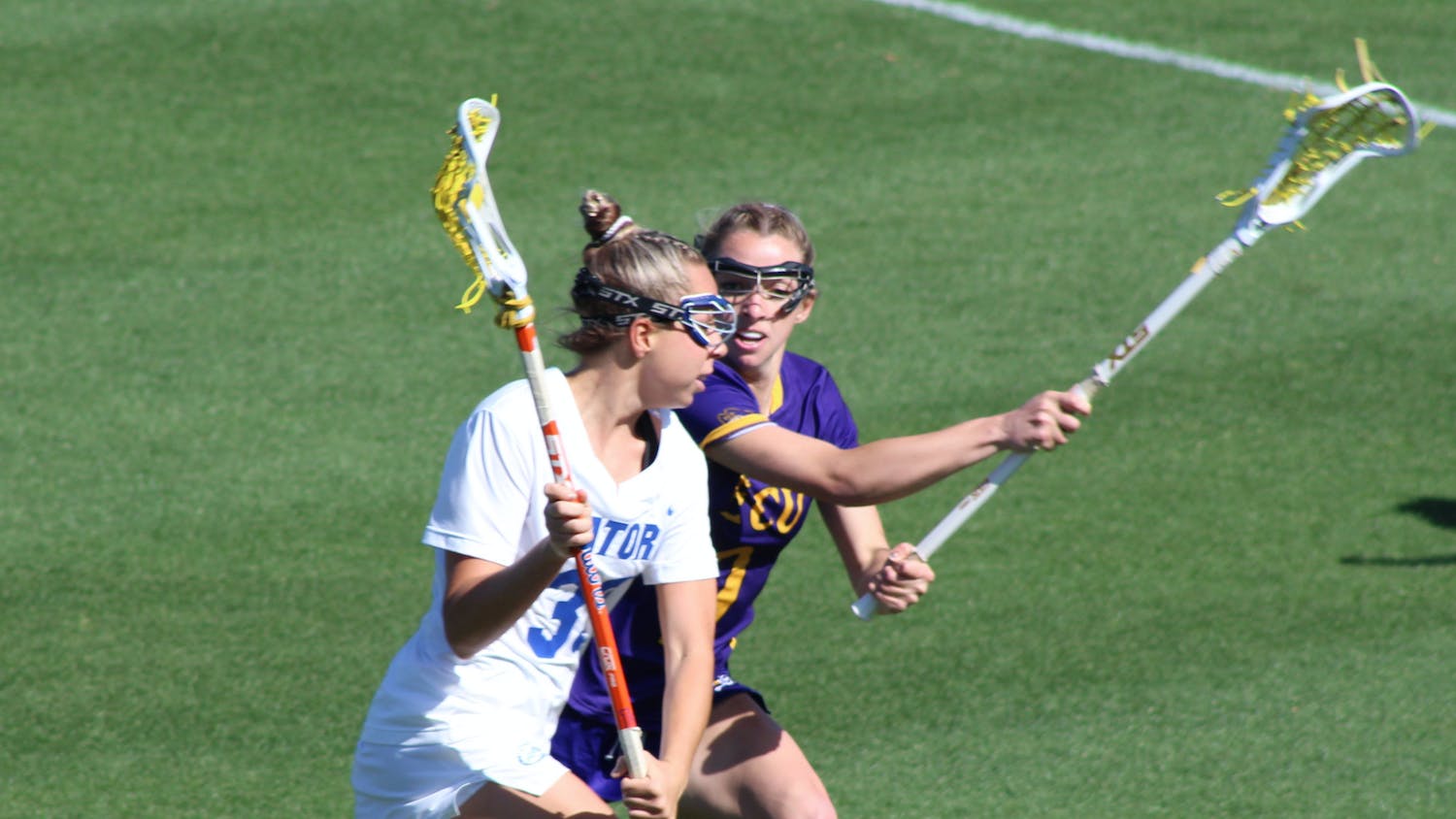 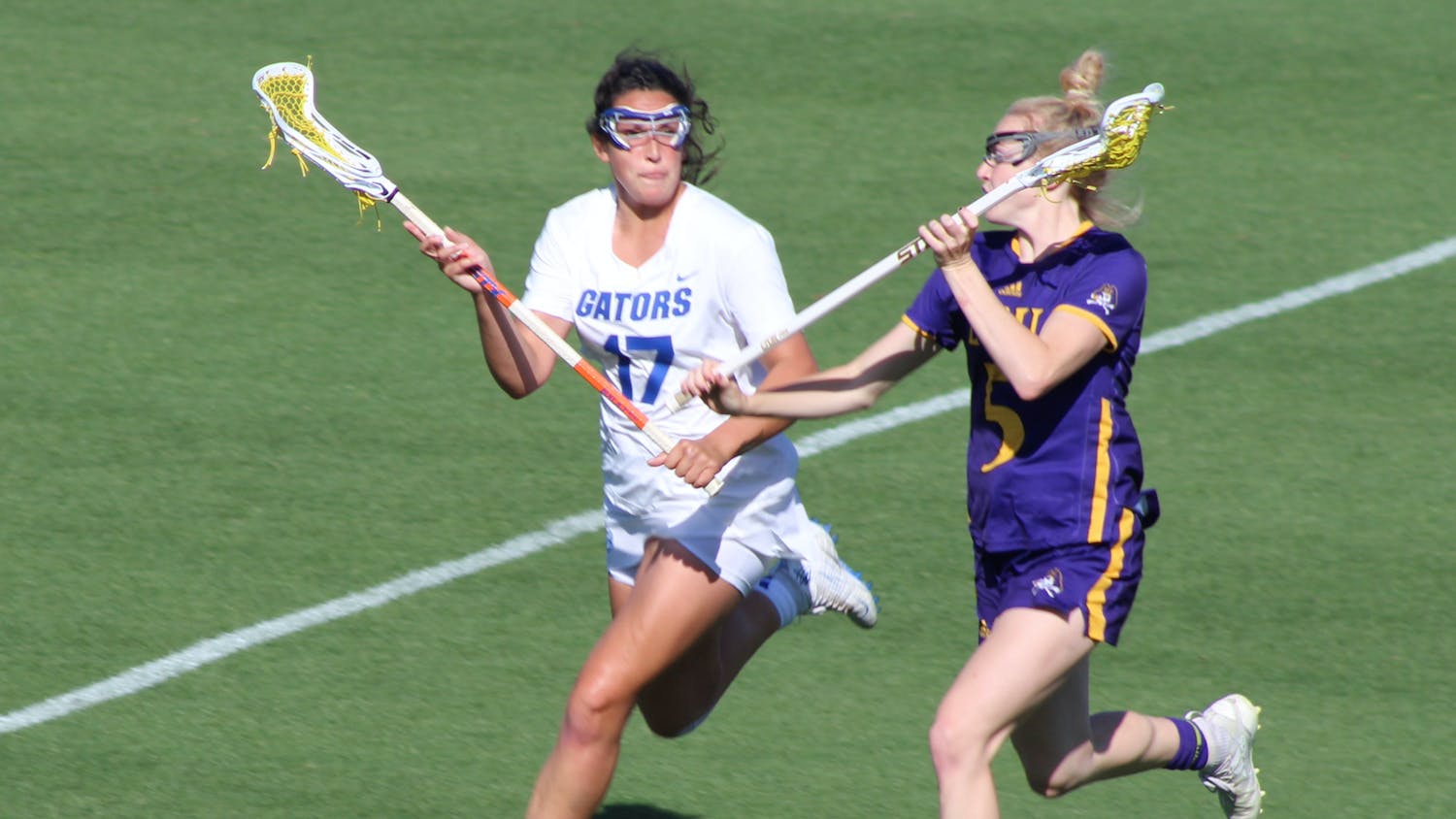 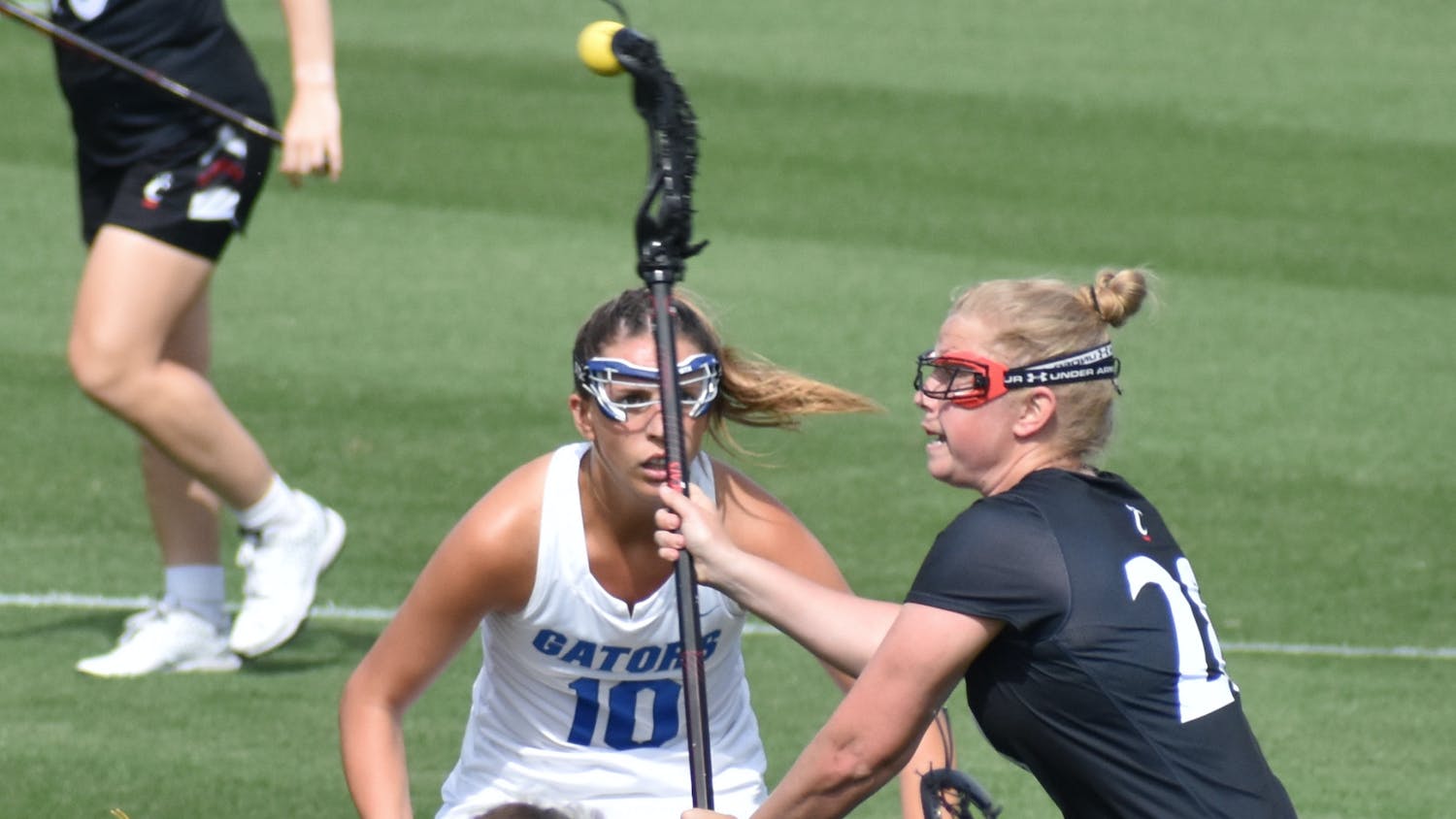