Last weekend at the Alfred A. Ring Tennis Complex, the Florida Gators defended their home turf successfully and for the cherry on top: earned the right to claim the SEC regular-season crown.

When a final serve from senior Josh Goodger failed to return, the Florida sideline rushed to the court to leap and celebrate before dousing head coach Bryan Shelton with Cool Blue Gatorade.

But just a few months ago on the fourth day of the campaign, Florida suffered its only defeat at the hands of the Texas Longhorns after four of the six Gators singles dropped games.

Since their loss to the Big 12 foe, the No. 1 Gators annihilated 14 straight opponents and posted an undefeated record against SEC adversaries to claim the regular-season crown.

But how did a one-point loss to an out-of-conference opponent transform into a monumental win streak?

The sails caught wind when coach Bryan Shelton made major lineup changes. The Florida doubles shuffled around more than a deck of cards and solo players were demoted from their starting courts.

The final score relies upon the performances of each matchup that transpires throughout a duel. For every individual win, the team gets a point on the scoreboard to add on a possible doubles point advantage.

Week after week, singles performers like junior Duarte Vale, freshman Ben Shelton, and senior Andy Andrade formulated their own ways to beat down the opposition and widen the final margins.

Flashback to last year, Bicknell sparked a fire that failed to extinguish even during the  COVID-19 shutdown. When spring sports resumed in January, the sophomore returned to the court to finish what he started: a perfect season.

Bicknell found himself in trouble while a few of his opponents found a way to keep the red-hot speedster grounded to a scoreless first set. But every obstacle comes with a solution, and for the second-year star, it’s his speed.

“Naturally, people don’t love playing me because they know they’re gonna have to run,” Bicknell said.

No matter the placement of his opponents’ returns, Bicknell accelerates with every ounce of energy left in his tank to create even the smallest opportunity to stay on top of the score.

Teammates like Ben Shelton look up to Bicknell’s playstyle.

“He’s on fire,” Ben Shelton said. “He has such an explosive game. I really try to do the same things he does.”

Ben Shelton envies Bicknell’s magic touch, his ability to place the ball after his forehands and backhands. If the opposition is stuck in a rut and tries to unravel Bicknell’s strategies, the hike uphill gets steeper when they overthink their steps

Goodger was the final domino to fall in place. He didn’t see the court until a Feb. 21 battle with Auburn sophomore Spencer Gray.

The Englishman’s efforts impressed coach Bryan Shelton in practice, and the sixth spot was up for grabs since sophomore Will Grant failed to produce results.

Bryan Shelton’s final decision created a new perspective for the team and led to a spike in total points. Goodger hopped on Bicknell’s momentum train to take down all of his opponents and maintain a perfect 6-0 mark in 2021.

In six matchups this season, the Gators singles combined their talents to compile shut-out wins over foes like No. 31 Arkansas, No. 14 Georgia, and No. 6 Texas Christian. In other duels against Alabama and Auburn, the solo competitors held their SEC rivals to only one point.

The Gators enjoy an extended break until their road trip to Fayetteville, Arkansas, on April 19 for the SEC Championship. While they claimed the regular-season crown, Florida hopes to smash the accelerator and keep the energy for the NCAA Tournament in May. 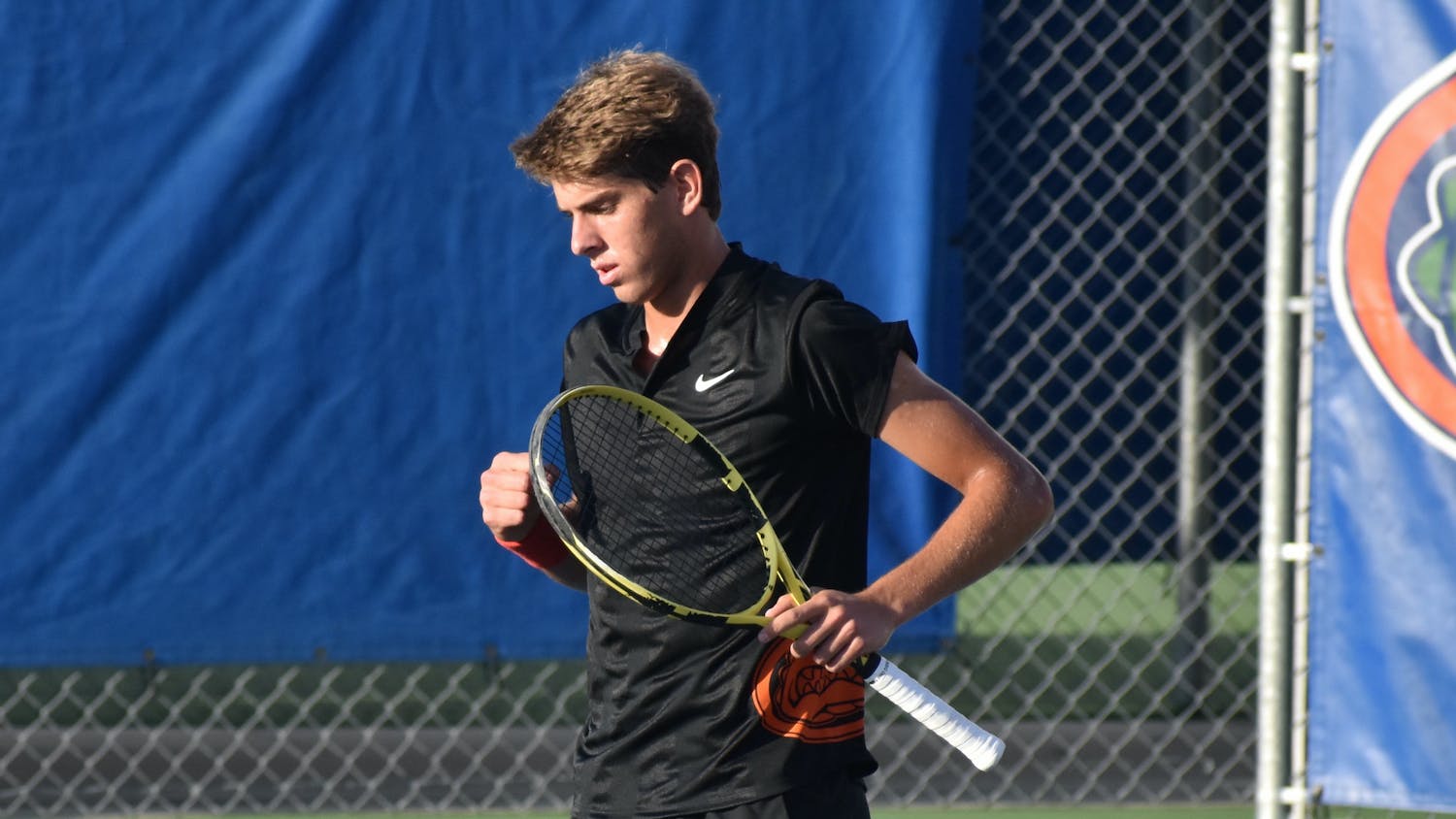 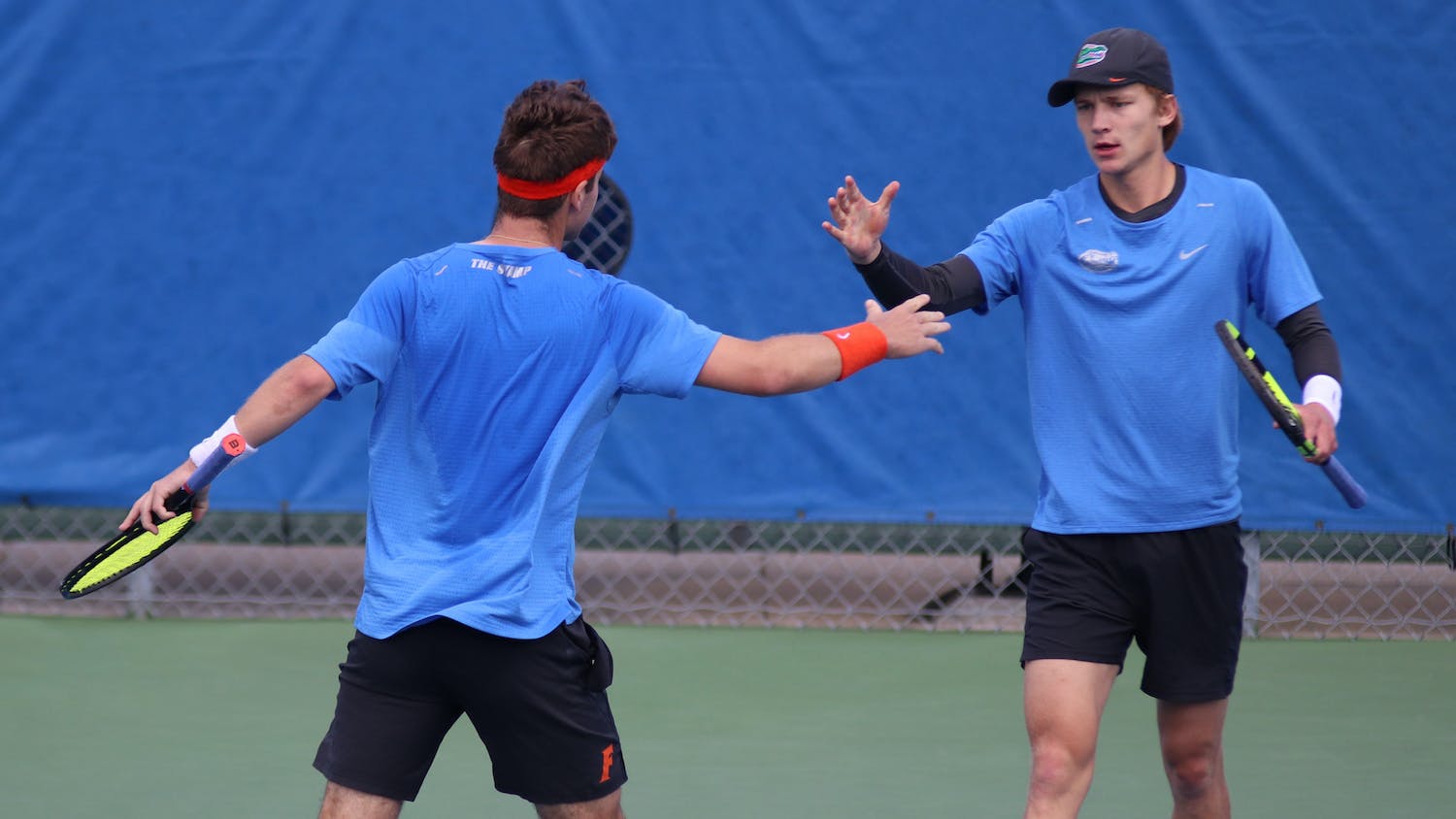 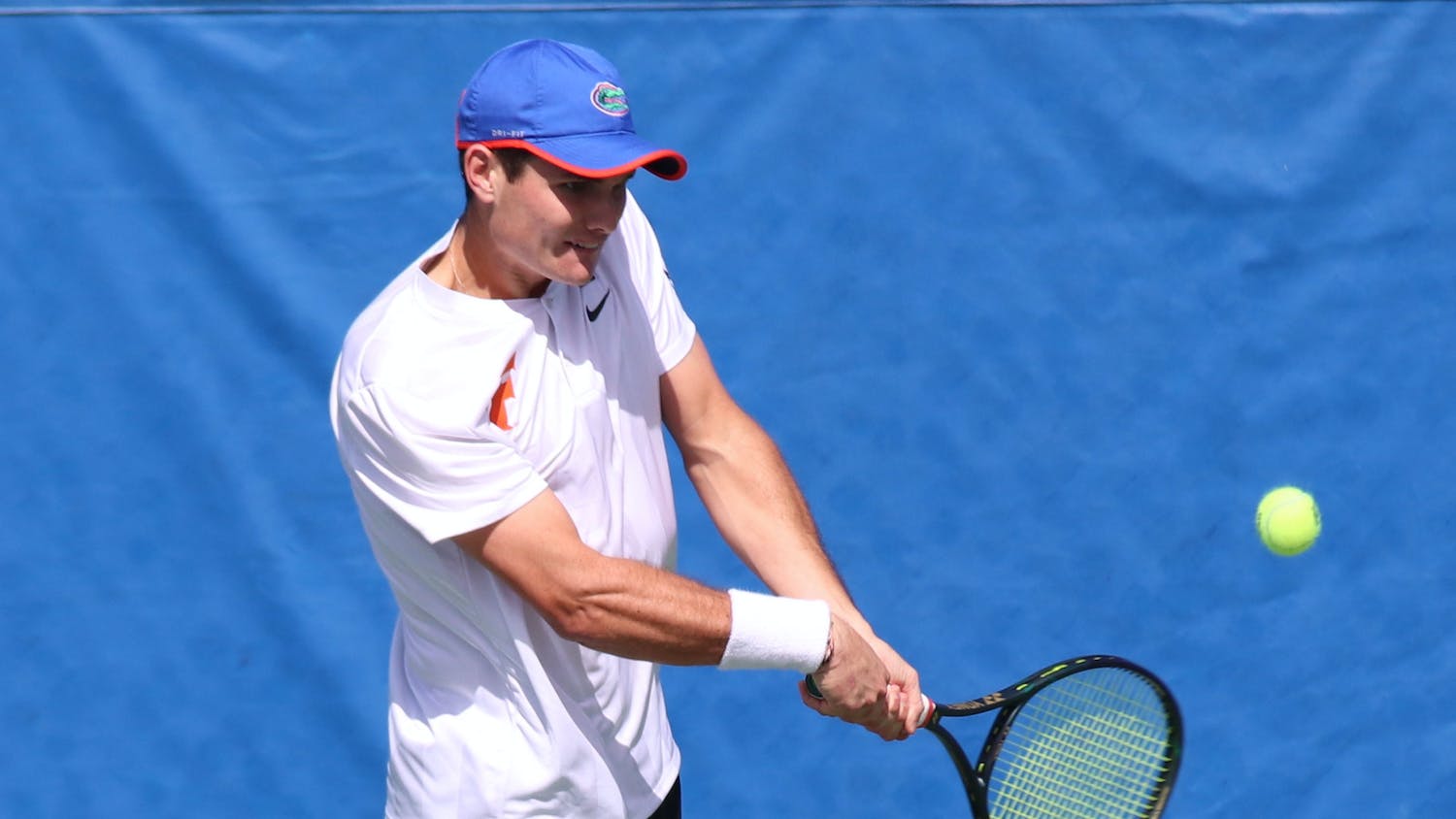