Skip to Content, Navigation, or Footer.
Donate Now
We inform. You decide.
Monday, May 10, 2021
SPORTS  |  SOFTBALL

The Gators split a Saturday reprieve from SEC action, as they defeated Western Kentucky 5-2 before falling short to Softball Canada by the same score line.

Throws grew sloppy on the defense, players shamefully walked back to the dugout on a strikeout and hope in the Gators waned all until Charla Echols stepped up to home plate.

The powerhouse junior followed behind a bumpy Florida defense and strikeouts by senior Hannah Adams and junior Cheyenne Lindsey. She revived Florida’s confidence with a stout home run that brought fans out of their seat and the score 1-0.

The Gators softball team battled the Western Kentucky Hilltoppers for the first time Saturday and held their weight with a 5-2 victory.

Florida drew a three-point advantage coming out of the first inning and held their energy.

Right fielder Baylee Goddard bolted to second base with a double to center field in the sixth inning and quietly stole third base with a pass ball from the pitcher. The sophomore ran home a play later.

Freshman Emily Wilkie also put up her own with a strong hit to right field in the sixth inning. She snagged a triple and ran home Baylee Goddard to bring the final score 5-2.

The Gators took power on the defense, too.

Hightower quickly sat comfortable in the pitcher’s circle at the game’s start as the junior threw 20 pitches to Hilltopper Paige Carter but soon brought the Gators to their groove with two groundouts and a strikeout to wrap the bottom of the first.

Fifth-year Katie Chronister replaced Hightower on the mound for the sixth and seventh inning and didn’t disappoint. Her pitches are slower and steadier than Hightower’s, and she gave only one hit to Western Kentucky. Hightower and Chronister held a 1.46 and 1.75 ERA, respectively.

Only two errors occurred by the Gators defense.

Echols dropped the ball in a Western Kentucky hit to third base. The Hilltoppers held position at first and second base because of so.

Cottrill put up a pass ball to start the seventh inning, and the Hilltoppers took stance on first base.

Western Kentucky marked their place in the game with a nasty home run by senior Paige Carter at the top of the third and sophomore Taylor Davis with a single. The hilltoppers made a comeback in the sixth with a solo home run by sophomore Kennedy Sullivan.

They clouded the light at the end of the tunnel for the Gators but didn’t dim it completely.

The battle ended like a movie: Jaimie Hoover slid into a double play to cap off the game, and the crowd went ballistic cheering. The senior scurried to outer middle field and quickly caught the hit as she dove to the ground.

The Gators took a thirty-minute break and saddled up for their game against Softball Canada.

As the clouds rolled in, Florida’s spark winded down in the matchup against Softball Canada, and their confidence dwindled.

Lindaman dropped a catch to first base to open the game, and Canada quickly took a two-point advantage.

Echols stayed on her toes and took charge on the defense against Canada. She put a lid on them in the first inning with a low and sharp catch at third base and struck again on the offense. Echols ran home senior Hannah Adams in another powerful hit to outer left field and was the only Florida player with RBIs in the back-to-back game.

From there, the game slowed for Florida.

Pitches upon pitches with no solid hits, missed catches on the defense and a sluggish energy hovering over the team. Everything that drew Gator success in the previous game simmered down into the act of simply going through the motions.

Lindsey ended the drought, however. With a strong triple hit along the right foul line, she brought the game 2-2. The junior also ran home with a sacrifice out from Echols in the third inning.

Florida saw a change up on the defense with Chronister as starting pitcher, sophomore Rylee Trlicek pitching in the fourth and senior Natalie Lugo pitching in the fifth. Hightower, who typically starts, had no presence in the game. Lugo held the smallest ERA amongst the three but only pitched for an inning against the challenging Softball Canada.

Gators defense wasn’t robust enough for Softball Canada though, as the national team kept up a scary grind throughout.

Canada picked up three runs in the fourth inning and spawned harsh competition for the game’s remainder – the fifth inning. The game ended abruptly at the bottom of the fifth due to inclement weather huddled over the stadium. Fans hurried out of the stands and into their cars, and players quickly covered the clay in tarp. It was lights out for Florida.

The Gators go on to play Western Kentucky for round two in Gainesville on Sunday at 11 a.m. 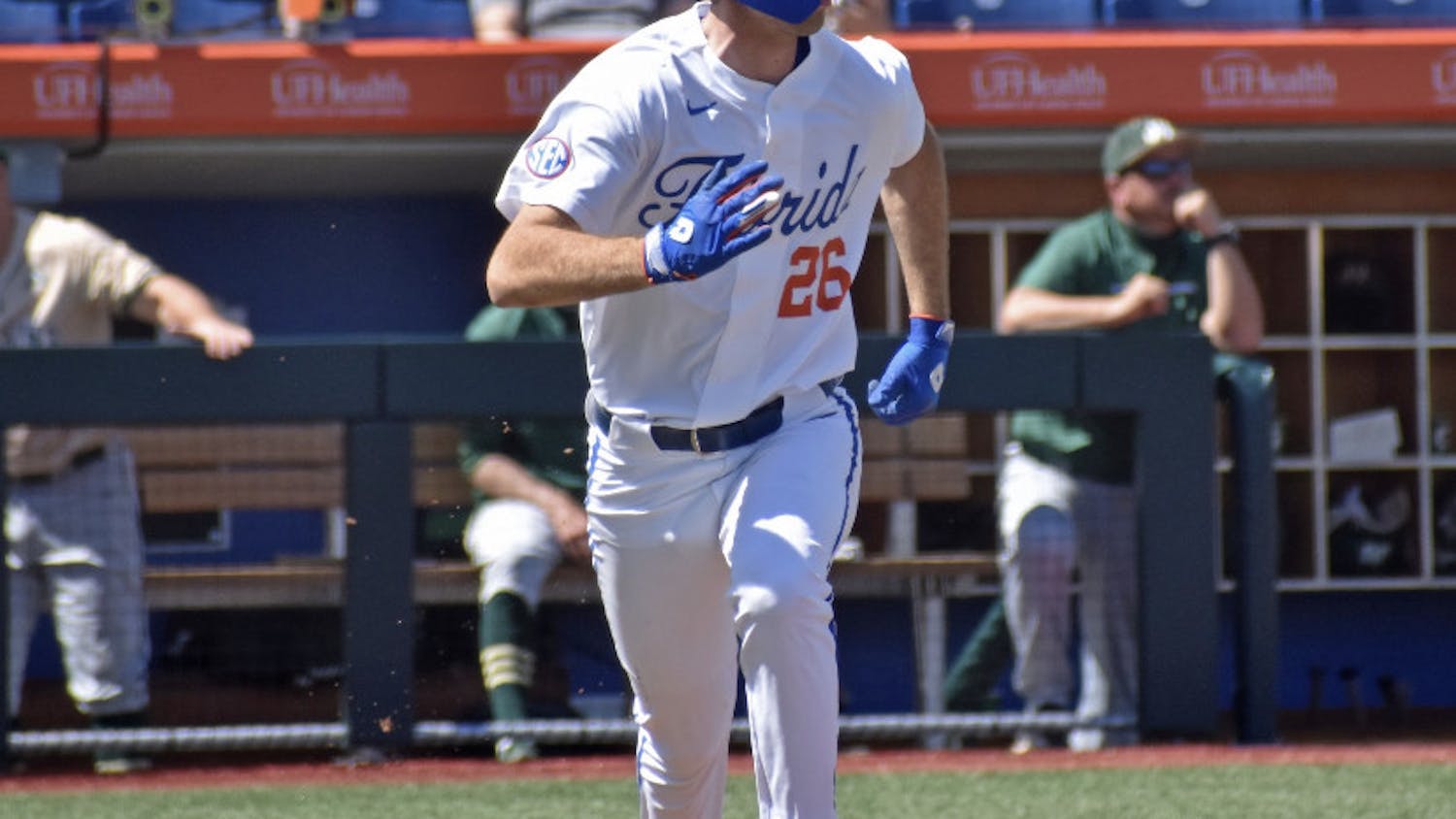