The Gators advance to nationals after they failed to in 2019

She sprinted down the floor again and peeled off before she hurled herself over the vaulting table. But Reed touched the hand mat, which deducted from her score. She assumed the position for a third time.

Reed flipped over the vault and failed to stick the landing as she fell to her backside. The rhythm of her steps just felt off.

The junior suffered a mini panic attack and walked to a corner of Florida’s corral to sit in isolation. Senior Megan Skaggs rushed over to console her teammate.

Reed and the rest of the Gators hit the reset button after vault and cruised to a first-place finish in the Regional Final Saturday in Athens, Georgia. The squad booked a trip to the NCAA Semifinals in Fort Worth, Texas, April 16.

She regrouped and bounced like a basketball on her tumbling passes during her floor exercise. She controlled her landings and booked Florida’s trip to the National Championships.

The first rotation felt like a rerun of the SEC Championship meet. The Gators finished the event in last place after they counted seniors Jazmyn Foberg’s and Alyssa Baumann’s 9.775 and 9.8 after Reed’s stumblel.

While one mistake snowballed into several in Huntsville, Alabama, Florida prevented history from repeating itself.

It shrugged off the rough start on the uneven bars. Freshman Gabrielle Gallentine recorded a 9.95 on back-to-back nights and led the Gators. Skaggs and junior Trinity Thomas followed with 9.9s. It tallied a 49.475 to keep UF’s deficit to second-place Denver to a tenth.

The Gators then rotated to their wheelhouse, the balance beam, where they rank first, according to Road to Nationals. Skaggs, junior Leah Clapper and freshman Ellie Lazzari catapulted them to first place as they led 148.15 to the Pioneers’ 148.075.

Adversity struck Florida once more during warmups for the floor exercise. Junior Sydney Johnson-Scharpf collapsed with an injury and had to be carried off with tears in her eyes. Alternate junior Halley Taylor suffered another, and Thomas helped her limp off. Sophomore Payton Richards stepped up to fill Taylor’s spot.

Reed’s 9.95 punched her team’s ticket to the NCAA Semifinals. Florida extended its margin over second-place Minnesota.

The Gators and the Golden Gophers advanced to the semifinals as they achieved the two-highest scores in the Regional Final with a 197.7 and 197.425.

Reed shed lots of tears when Florida secured its trip to Texas.

“It was like instant tears,” she said. “They say hard work pays off, and it really does.”

Heading back to nationals meant the world to Baumann, too.

“This team deserved it more than any other team I’ve seen,” the Ice Queen said. “They are such fighters.”

The NCAA Semifinals start April 16 in Fort Worth. The Gators will fight for their fourth national title and their first with coach Jenny Rowland. 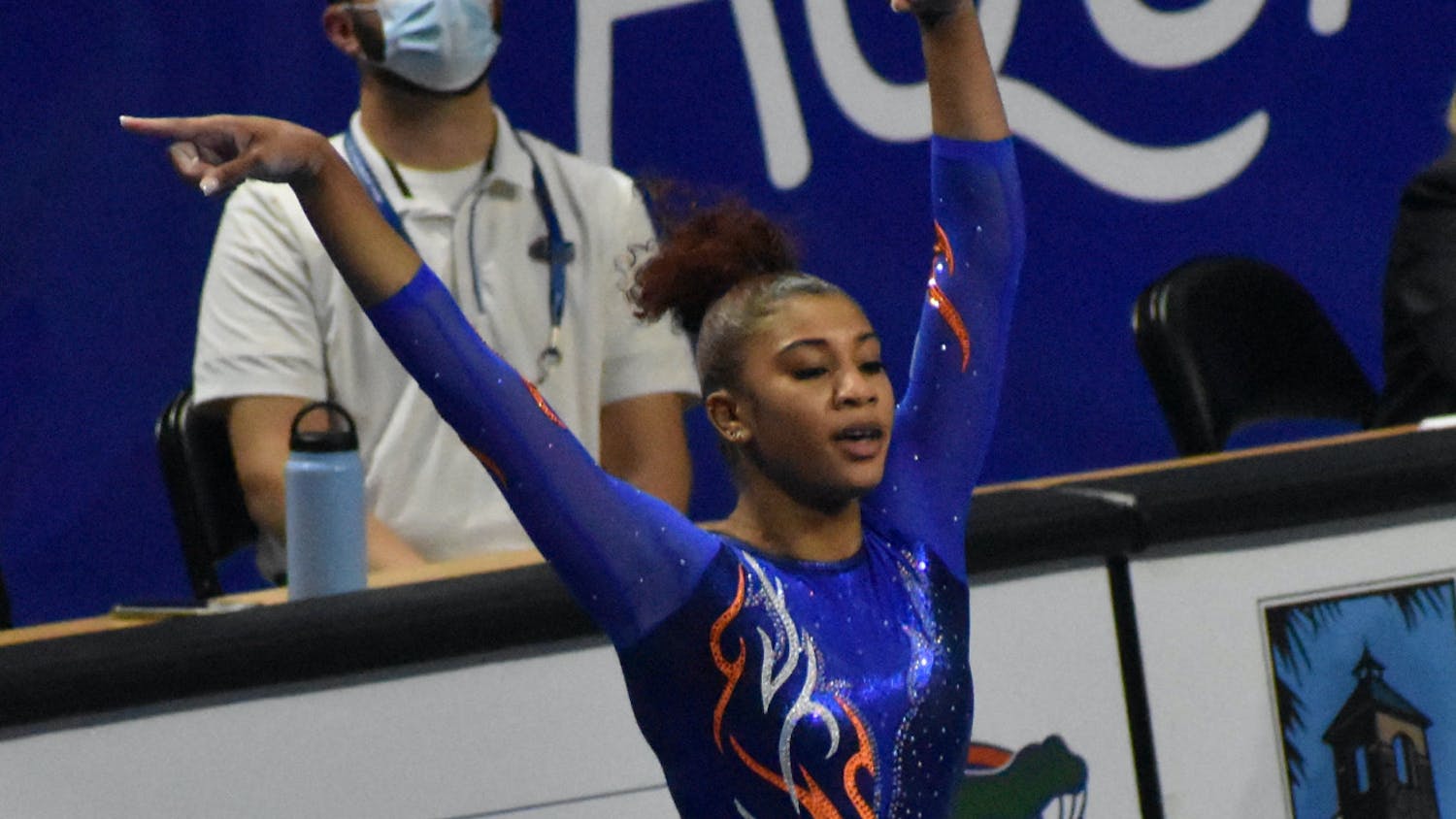 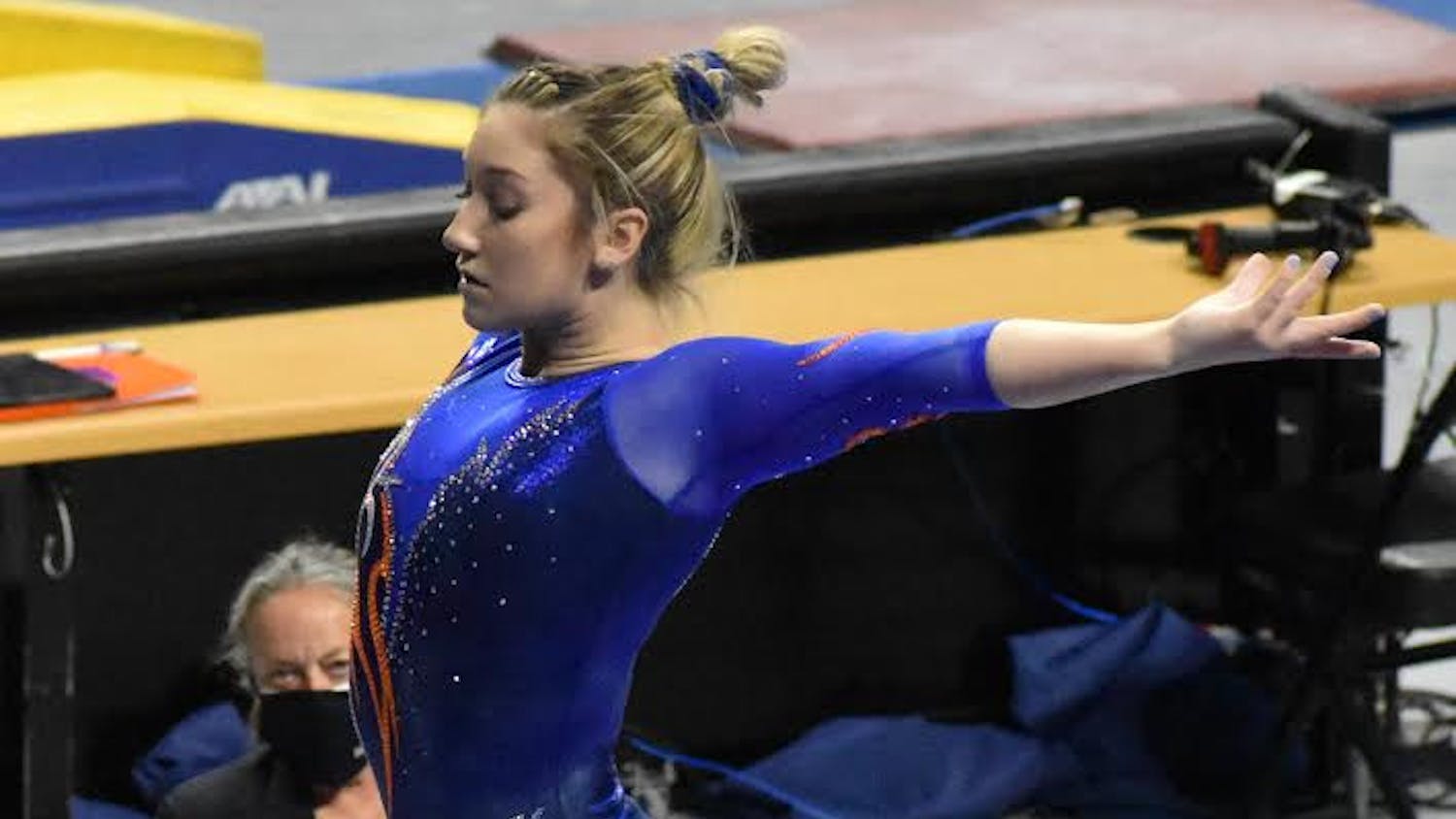