Florida softball puts on a show in NCAA Regional blowout

The Florida Gators swung and pitched themselves within one victory of reaching the NCAA Super Regionals.

The storyline going into the game revolved around South Alabama’s triumph over No. 3 Alabama on March 7. The Jaguars (31-20) defeated the Montana Fouts-led Tide 1-0 in a shocking upset.

Dreams of another dastardly upset went south quickly. No. 4 Florida’s 10-0 takedown of South Alabama showcased every Florida player in the lineup reaching base and scores in all but two innings.

While the Florida (44-9) offense waited Friday against USF, it capitalized immediately Saturday.

Friday’s walk-off hero Hannah Adams walked on the first at-bat. True to her niche, freshman Emily Wilkie got hit by a pitch before Julia Cottrill, now batting fifth, followed in Adams’ suit with a walk to load the bases.

Jaimie Hoover marched up to the plate and hit a single up the middle, bringing Adams and Wilkie in as South Alabama nixed the throw to second. The early scores followed a pattern of immediate run support when Saturday starter Natalie Lugo takes the mound.

“I feel like a trend is when I'm throwing, they like to come out early, so I appreciate it,” pitcher Natalie Lugo said.

Charla Echols hit a solo home run to kick off the third inning and continue the early explosion, as the Gators extended their lead to 3-0.

The Jaguars battled the hosting Gators as hard as they could, as Olivia Lackie pitched for the second day in a row, but Florida continued to pile on runs and stifle offensive efforts as the lead grew and grew.

South Alabama’s Victoria Ortiz ran into the wall in great efforts to catch a foul ball in the third inning. Her teammates checked in with her, and she chose to stay in the game after examination, showcasing the great postseason intensity many players bring to the playoffs.

Lugo struck out 11 Jaguars, a new career-high. She allowed only two hits and two walks. Walton complimented the unpredictability of her different pitch styles and praised the shutout.

“If we don’t ever give up runs, we don’t lose,” Walton exposed his team’s mantra.

“Freedom starts to happen and  we start to swing it better, we start to be more confident and we start to see things,” Walton said about the Gators’ play when they build up a large lead

Goddard proceeded to tally another RBI in the fifth.

Later, in the sixth inning, Cheyenne Lindsey celebrated a single by throwing Baby Gator cheer, as she kickstarted another offensive onslaught. Adams and Wilkie followed up with singles of their own.

The next six hitters in the lineup worked up 3 more runs, with Wilkie, Echols and Cottrill all garnering RBIs. Lindsey hit Goddard in. Lindaman piggybacked the lead, adding 2 RBI when she plated Adams and Wilkie. The Florida fans showed no pity in the double-elimination regional.

“Rub it in, Tim,” said an encouraging crowd member in the seventh inning.

Walton didn’t disagree with the sentiment, especially due to the postseason’s unpredictability.

“Overall, I think it's really a toss up and you get to these games there's nothing, nothing like batting like it's your last game or your last at-bat,” Walton said ahead of future NCAA Regional play. “You'll start to see a little bit of pressure, you see some bunts, you see some unpredictable things”

Florida will play the winner of the loser's bracket consisting of Baylor, South Florida and the now-defeated Jaguars Sunday at noon for the chance to advance to the Super Regionals. 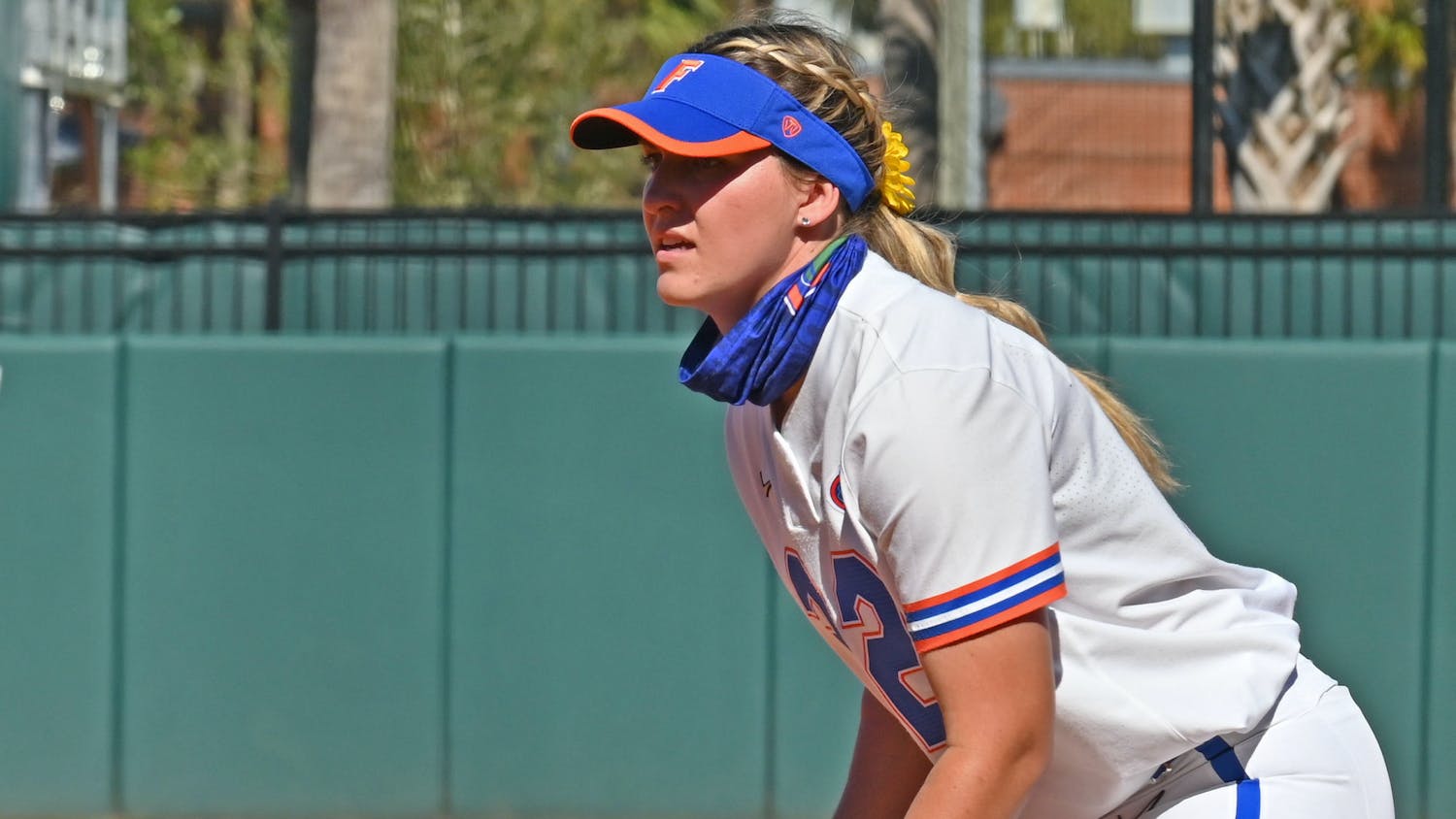 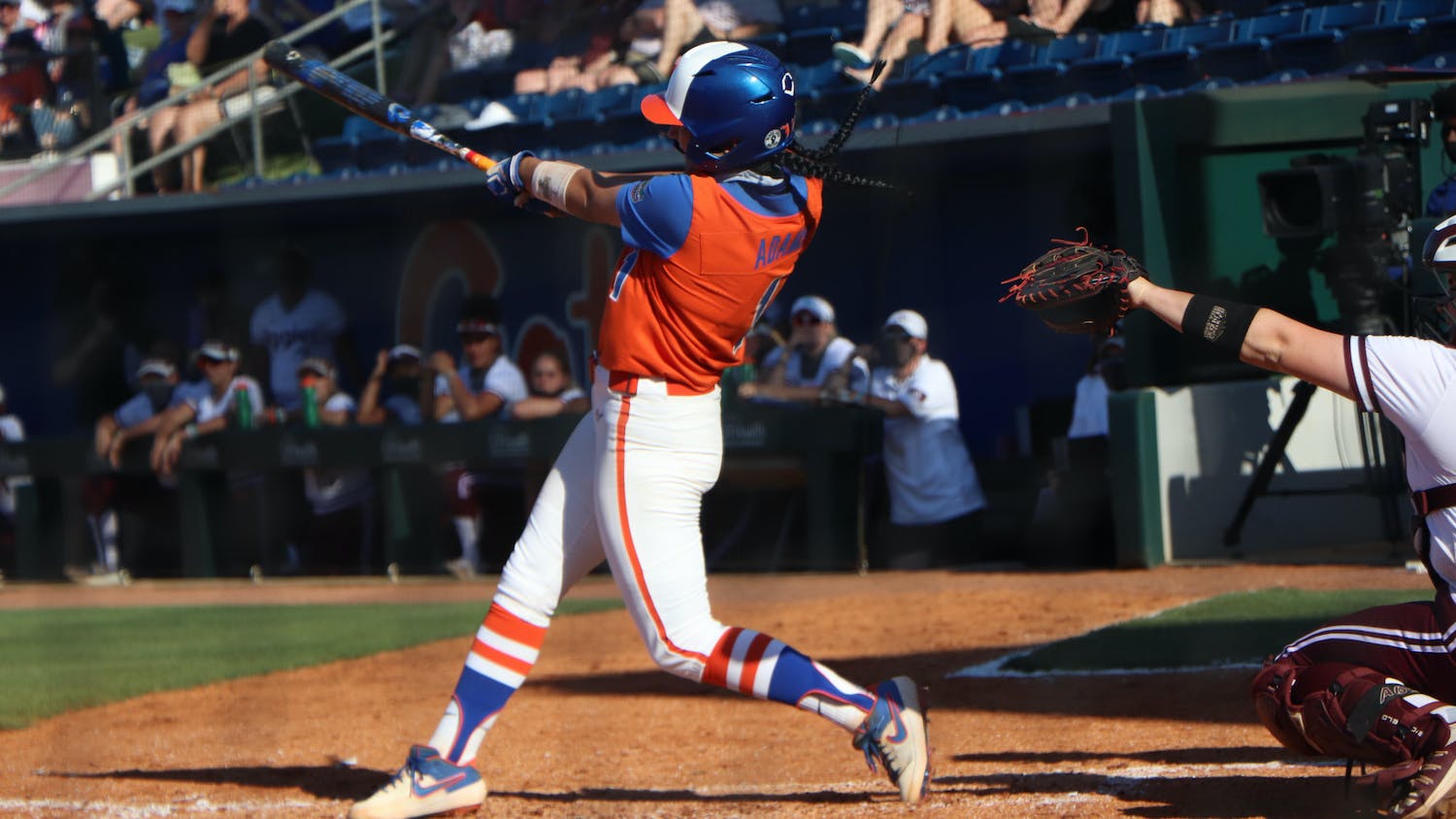