This is the first time the Florida Gators have seen a full capacity stadium since March 11, 2020

Cheers and chants reverberated the stands once again at Katie Seashole Pressly Stadium Friday in the first Florida softball game without capacity restrictions since March 11, 2020. Gators gear flooded the stands as fans wore colorful hats, brought pom poms and even stood up toy alligators atop the field's netting.

Senior Gators softball player Hannah Adams nailed a hit to center field bringing 1,569 fans to their feet. UF outfielder Cheyenne Lindsey, known for her speed, took off and rounded the third base toward home plate. She crossed the plate to seal a 1-0 win against the University of South Florida in the final inning.

UF announced its return to full capacity for all sporting events Wednesday after an NCAA update gave the green light to return to pre-pandemic activities effective immediately. The order counteracted the previous mask-optional, full-capacity regulation slated to start June 28.

Facing the crowd and clapping their palms together in the famous Gator chomp, the team drew energy from the raucous crowd.

“The crowd got us a little bit nervous there for a minute,” head coach Tim Walton said. “I thought the energy was fantastic.”

Lindsey stepped up to the plate.

The left-hand hitter cut off the rest of the chant when she struck a mighty hit to left field and snagged a single base in the seventh and final inning.

The boisterous crowd took charge from there.

Front-row season ticket holders threw hands in the air as they ridiculed every call the umpire made against Florida’s offense — screaming and shouting for a reversal of opening-pitch strikes and heckling from the stands.

Fans of all ages made their way to Gainesville to support their beloved Gators in game one of the NCAA Gainesville Regionals.

Two children along the front row held a blue poster with misspelled scribbles.

"We skiped school for this. GO GATOR." They hoped their support meant something to the team.

Florida fan Steven Wendit took notice of the change of atmosphere in the stadium Friday, too.

Wendit held a season ticket and attended most of the 37 home games played this pandemic-altered 2021 season. He said it wasn’t hard to sense the impact a fully packed stadium made.

"We definitely feel the difference," he said. “You feel it a lot more, the crowd’s all wound up.”

The recurrent screams of elation balanced with the blurted taunts toward the Bulls didn't go unnoticed from the green and gold in the opposing dugout, either.

"Sometimes you have to laugh about these situations," Corrick said. "We earned our spot here -- we earned to be heckled in a sense."

USF infielder Kyndall Williams also blocked out the Florida fans from her gameplay.

"From the catcher out to left field every single person on the field really was playing their game and not letting the loud crowd get to us at all,” she said.

The Gators won their share of the SEC regular-season conference title surrounded by mostly empty chairs at home this season. With those seats filled and as fans filtered into the complex, the team gears up for a postseason run with Gator nation now by their side once again. 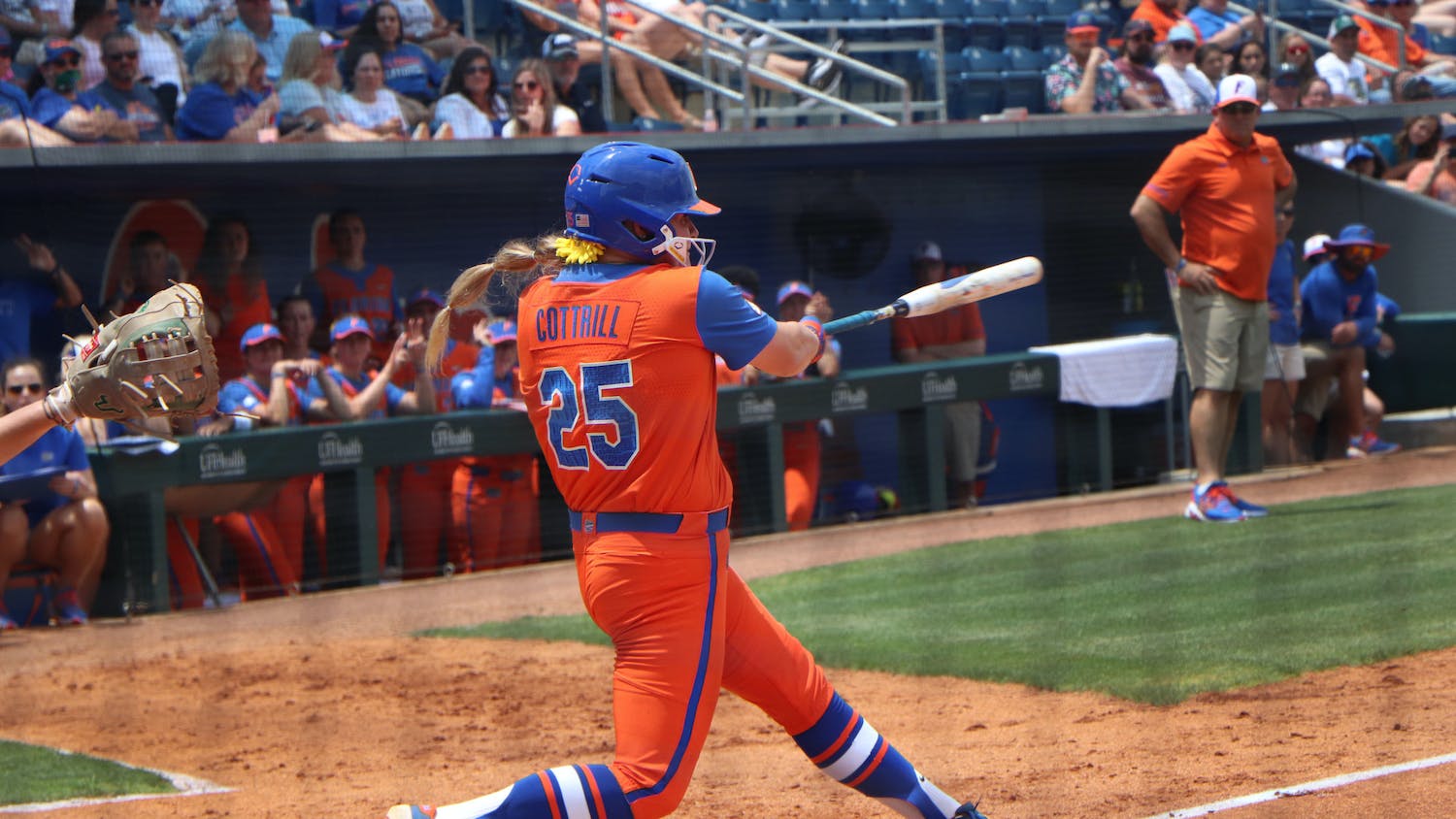 Gators move on to Super Regional behind Hightower’s no-hitter