Encampment residents, officials and advocates are concerned about a potential UF development displacing the community

Robert Thomas, 43, wakes up in his small, tidy tent at 3 a.m. each morning and prays.

He lives nestled under a tree, surrounded by about 10 other tents. The nights spent sleeping on a piece of plastic can be restless and draining, but he believes there’s something better waiting for him and the others living around him.

“When I wake up I ask God to give me a peace of mind, and my hands and feet so I can walk and talk,” Thomas said. “If you don't like me, oh well. I'm still going to pray.”

Thomas lives outside Old Fire Station No. 1 along South Main Street in downtown Gainesville. Every day about 30 to 50 people travel through the encampment located near St. Francis House, a center for homeless children and families. While people have been sleeping there for years, about 15 people started residing there full time six months ago, according to several homeless advocates.

The Old Fire Station has been vacant since 2018, and in February 2020, the city commission invited proposals for how to use the space. In April 2020, UF Center of Arts proposed replacing the Old Fire Station with a community center for wellness, arts and cultural engagement, but current residents have largely been left out of the conversation.

Before settling at the South Main Street encampment, Thomas, who said he has schizophrenia and bipolar disorder, lived at Grace Marketplace, a homeless resource center. He was evicted and banned for a year after he stopped taking his medication and threatened someone with a knife.

Thirty-two people are currently banned from Grace Marketplace’s campus because of disorderly conduct, Grace’s director Jon DeCarmine said, though they can still use the shelter’s rehousing programs.

It’s not all bad, though, he said. Thomas sees his neighbors as people left behind by society.

“There's a lot of lost souls out here,” Thomas said. “There are innocent, sweet, sweet, beautiful men, beautiful kings and queens walking around homeless. They don't deserve that.”

He still decides not to take his sleeping medication because he fears for his personal safety and belongings.

Since news of the community center proposal reached the encampment, questions about the community’s future linger.

Andrew Telles, UF’s Director of Collaborative Initiatives helping lead the project, expects encampment residents to be rehoused by the time the center could open in two to three years. Either way, UF wouldn’t intervene.

“The last thing that we propose to do in the city is to simply displace them,” Telles said. “Because then the problem will just move somewhere else.”

Telles said the community center would still be public property.

Kirsten Anderson, the litigation director of the Southern Legal Counsel, said if the city ever transferred the station to private property, then there would be legal grounds to evict trespassing encampment residents.

While the community center proposal from UF is still in early stages, the intention would be to partner with Grace Marketplace to rehouse the homeless residents should they be forced to leave, Gainesville City Commissioner Adrian Hayes-Santos said

“We're not at that place yet,” Hayes-Santos said. “But that's our goal — to rehouse everyone.”

DeCarmine said they will rehouse as many people as possible before renovations begin at the South Main Street encampment. Once it becomes an active construction site, people may be more likely to seek rehousing assistance.

“Homelessness is not a choice for the vast majority of people who are out there,” DeCarmine said. “It's always important to untangle that illusion of people choosing to be homeless from the real issues of substance abuse, mental health, poverty and inequality.”

Efforts to rehouse homeless neighbors in the county are working. The homeless count in Alachua County lowered by 21%, according to a survey of the group from Jan. 26 through Jan. 31. There was a decrease of 136 people, lowering the count from 657 to 521. A Point in Time count is conducted each year by volunteers; although it’s difficult to ensure every single homeless person is counted, DeCarmine said he is confident in the ability to compare numbers year-to-year.

Grace has rehoused displaced encampment residents before. The staff successfully gave housing to 131 people from Dignity Village, a city encampment close to the shelter that closed in 2020.

One everyday stressor for South Main Street encampment residents is the fear of having their belongings stolen.

In response, the city and St. Francis House created 16 lockers for residents to store their belongings along with three public restrooms and three trash cans.

Some residents were concerned about the lockers being too small, unsecure and secluded, with no street lights or surveillance around them.

In order to access a locker, shelter or food from St. Francis, homeless neighbors are required to recieve police clearance, which ensures they aren’t sex offenders and have no outstanding warrants.

City spokesperson Rossana Passiniti said the lockers were a “well-intentioned effort,” but were “unutilized.” They will be relocated to Grace Marketplace.

Schiffbauer said the city requested the police clearance requirement for St. Francis to have a permit to operate in the downtown area.

Some encampment residents like Frank Edwards are dissatisfied with these efforts.

Edwards, 61, rotated in and out of the encampment for years but has stuck around the last two months. The city and organizations like St. Francis House lack a holistic understanding of encampment residents, he said.

“That's a very rapid pace for housing placements and building rapport, especially with people that are living outside that have been mostly, what traditionally is called, service resistant,” Tough said.

Along with the city, she believes the encampment residents might be resistant to Grace's efforts. Previous services have failed homeless people and caused trauma when trying to rehouse them.

Ultimately, Tough believes the city should be doing more to communicate with encampment residents on their experiences and needs. 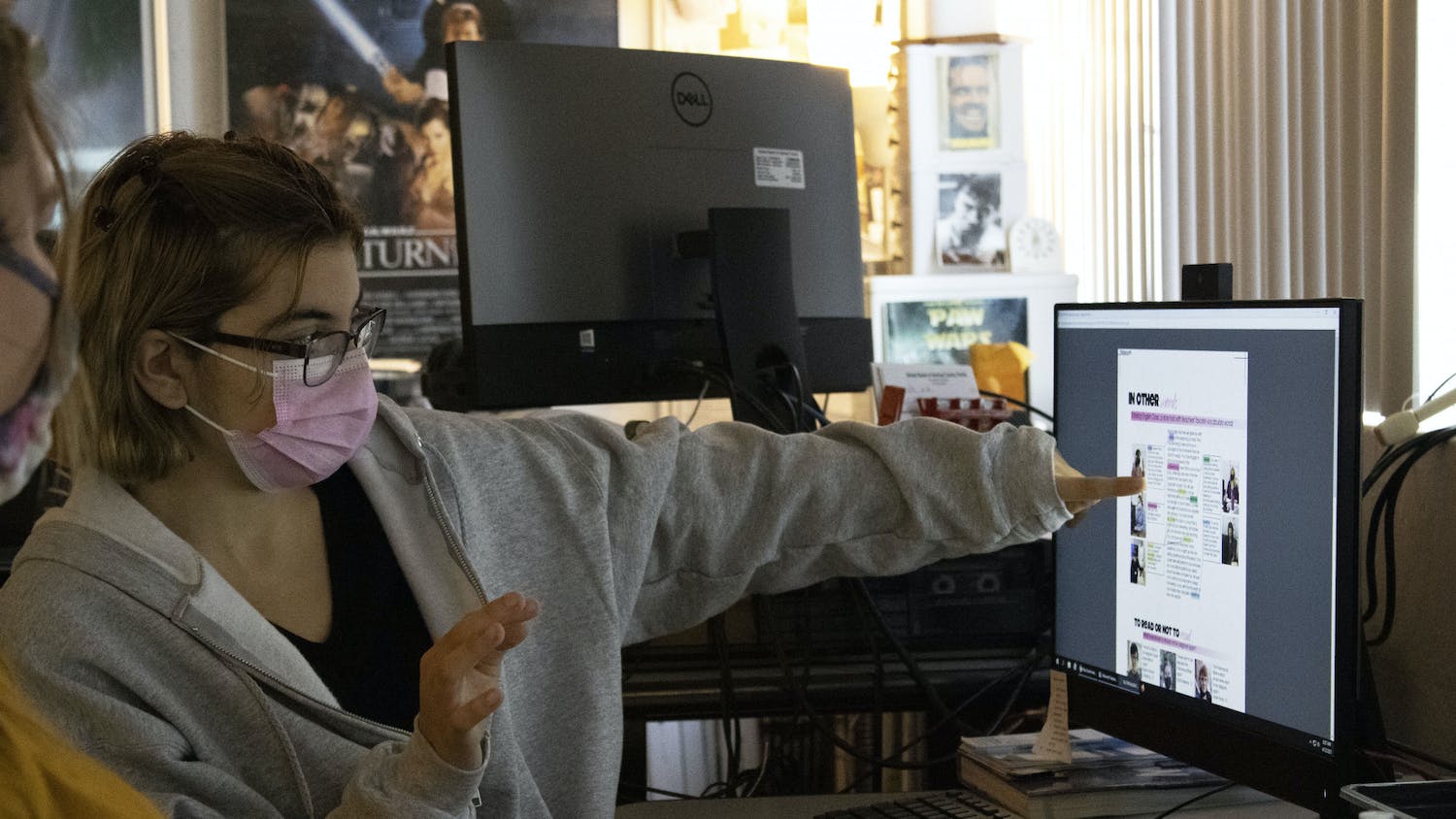