After several pedestrian deaths in the last year, West University Avenue traffic is slowing down with new safety measures.

On May 24, FDOT decreased the street’s speed limit from 30 to 25 mph and installed speed tables earlier this month. The deaths of two UF students only a month apart sparked calls for reform from various advocacy groups.

The Landscape Master Plan included constructing a pedestrian walkway at Newell’s Gateway, Linda Dixon, UF’s director of planning, said. The walkway will be used by pedestrians coming to and from campus and will be located at the intersection of Newell Drive and West University Avenue.

According to a UF update, construction will begin in August.

Some students view the progress on West University Avenue as a step in the right direction for pedestrian safety.

“Little things like that are gonna go a long way in terms of safety measures for West University and making it more safe for pedestrians to walk by,” Kelly Young, a 23-year-old Santa Fe political science student, said.

Gainesville Mayor Lauren Poe hosted “Bike with the Mayor” on May 1, where Poe and about 20 community members biked 3.15 miles through the city to discuss infrastructure changes and pedestrian safety.

Ewen Thomson, a 71-year-old Gainesville Citizens for Active Transportation board of directors member and participant of the bike event, said he believes sustained advocacy from the community will bring positive change in the future.

“If people can get in there with a unified message and just get the word out there, things happen,” he said.

At the end of the ride, the mayor emphasized the need for collaboration between organizations and the community to effect change.

“It’s not enough to say Gainesville or Alachua County; they [FDOT] are the ones that are going to have to do it,” Poe said. “The state-level needs to hear. It's not just a few groups but a movement.”

In connection with GCAT and Florida Not One More, a student advocacy group, UF president Kent Fuchs wrote in an email the university will work toward making the environment in and around campus as safe as possible.

The current Nightlife Navigators director, Andrew Goodwin, acknowledged the dangerous traffic of West University Avenue and said his goal is to keep students safe. Starting in his newly acquired position, Goodwin said he believes meeting with officials and promoting student awareness is the best way to address traffic safety from foundational levels.

He plans to work with educational infographics on social media platforms to encourage safe habits in and around campus. Future action plans are still being discussed, he said.

“No matter how big it may seem there's always something that we can do and just raising that awareness down the line can even create big changes,” Goodwin said.

Brown is also working alongside the UF Board of Trustees and FDOT to amplify the voices of students when they have ideas or concerns about traffic safety on West University Avenue, he wrote in an email.

Jack McKinney, a founding member of Florida Not One More, was a close friend to Maggie Paxton, who died on West University Avenue on Dec. 9. McKinney is a firm believer in the organization’s goals of protected bike lanes, raised sidewalks and lowering the speed limit.

He said a strong social media presence is one way to promote change in the community. As the SG secretary of campus safety, he works to further the organization's traffic safety message.

“If you have a lot of people that are behind you and agree with your sentiments, it can raise a lot of eyebrows and help you influence lawmakers to do the right thing,” McKinney said.

McKinney attends bi-weekly meetings with FDOT, UF faculty and student government to discuss ways to improve traffic conditions. He emphasized that FDOT wanted to do more community outreach while he would like to see more changes on the actual road.

“I understand that it's very hard to actually get laws passed and change a street and find funding and everything,” McKinney said. “But I think when you have so many incidents of people getting hurt, especially this year, and you see the collateral damage it causes, it should be a priority.”

In June, FDOT plans to collaborate with the city of Gainesville to upgrade pedestrian signals. These upgrades include installing illuminated pushbuttons, audible signals and devices that automatically detect pedestrians on the crosswalk, according to an FDOT press release.

The efforts are a part of a broader goal to turn West University Avenue into a complete street, which aims to consider all types of road users and their safety in its design.

Charles Lane, UF’s senior vice president and chief operating officer, worked with FDOT and the city of Gainesville to create a traffic safety plan and update the public on information about West University Avenue.

“When you envision a street, it should be able to accommodate really all forms of transportation,” Lane said. “Pedestrians, vehicles, bicyclists, even scooters.”

FDOT has been working with businesses in Gainesville and posting flyers to promote safety and awareness, Troy Roberts, FDOT Northeast Florida district two communications specialist, said. The department’s educational outreach program hands out pledge cards, inciting people to obey road laws and has made efforts to engage students and Gainesville residents in discussions about crosswalk use.

“When you're driving through an area where there is high pedestrian traffic that extra second or extra half-second can be the difference between life and death,” Roberts said.

The cost of redesigning the road and its construction time are still being determined.

“The biggest issue is always funding,” Chris Furlow, the president of GCAT, said. “Coming up with ideas to make roads safer aren't super difficult or super expensive to do, but actually going out and reconstructing the roadways themselves is super expensive.”

Furlow commends the efforts of advocacy groups to initiate change from the state level.

“The fact that [FDOT] been making these changes on University [Avenue] so rapidly is a step in the right direction,” he said. “Having those groups advocating … has made a big impact on FDOT actually making changes in a matter of months rather than a matter of decades.” 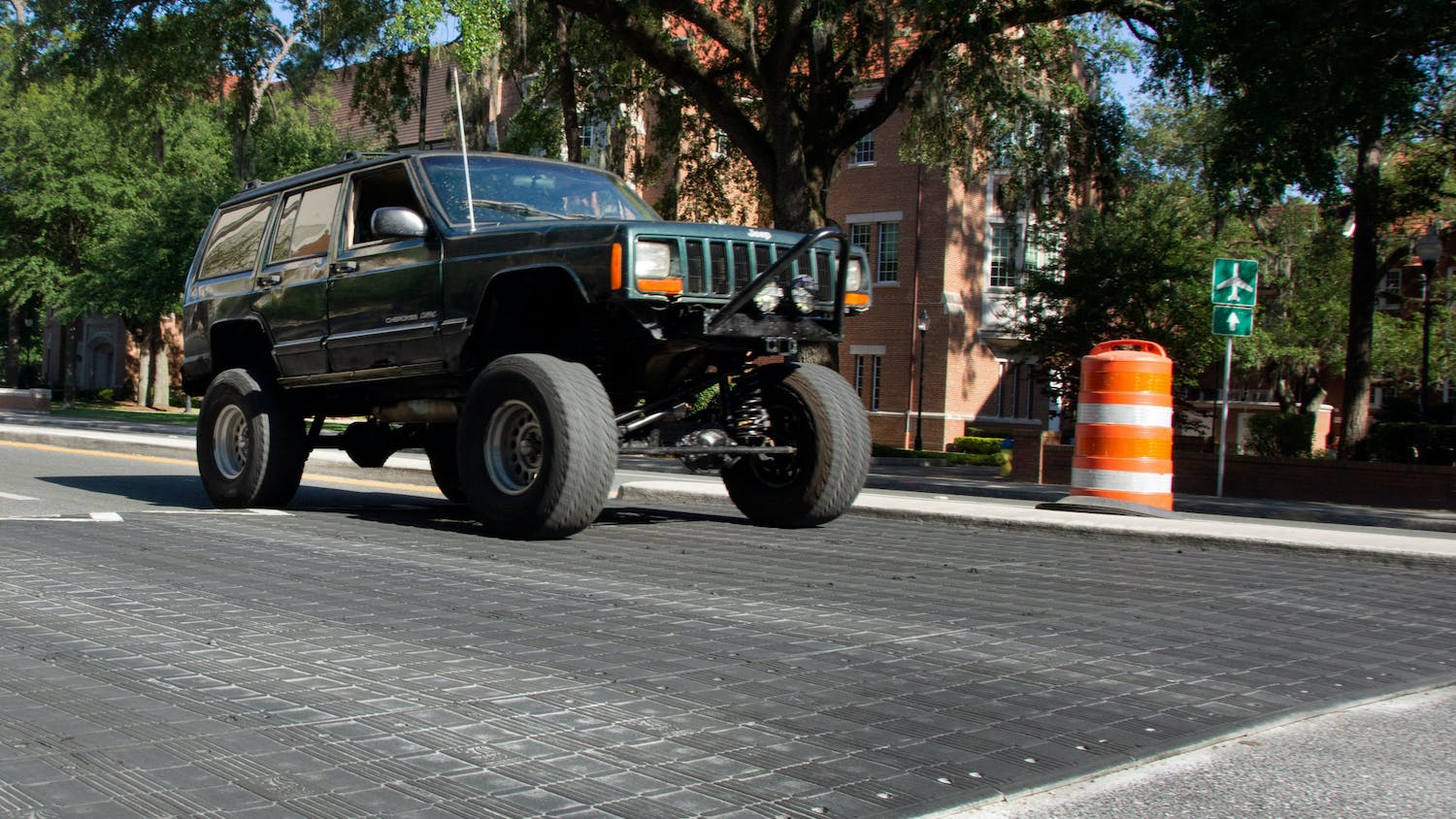