She recounts her artistic beginnings as one would recount their weekend.

After a few YouTube videos, all absorbed during the stagnant summer of 2020, the 22-year-old UF botany graduate became a rising Gainesville staple in a matter of months.

“Over quarantine, I really wanted to learn more about it,” she said. “I was just watching so many videos.”

Lube’s inaugural performance as dj smushyslugs was at the How Bazar, a pop-up market and emerging hub for local creatives. Lube reached out to the market in February and made her Gainesville debut.

“They let any creative person try it out, so that was my first thing,” Lube said. “It was really awesome."

The work of dj smushyslugs is an intense and dynamic display of EDM — bold, pulsing sets that exist in sharp contrast to Lube’s laid-back nature. They don’t just demand attention. They  threaten to swallow the room whole.

Kick drums pound, and wobbling basslines reverberate under the mix, settling deep within the chest cavity. Synths stab and spike, snares snap, hi-hats hammer and menacing electronic nuances invade at random. They can vary from groovy to gritty, Lube said, but a dj smushyslugs mix is always a sweeping tidal wave that powers through all in its path.

With the way Lube is continuously cropping up at some of Gainesville’s hotspots, the sound is becoming increasingly hard to miss.

Through her mainstay gig at The How Bazar and other appearances, Lube has put the city on notice — not just in her ability, but in her identity. Gainesville’s DJ scene is largely devoid of women. Women of color are even rarer. And queer women of color are almost unheard of among the city’s DJs.

The local DJ scene feels like an almost-impenetrable boys’ club, and it’s one Lube isn’t too interested in entering. She’d rather find other female artists to support and start a club of her own, but so far, she’s the sole member.

Blazing this kind of trail isn’t without its challenges. Lube said. With no mentor or network of fellow artists, Lube said the opportunity to play even bigger venues feels out of reach.

“It’s hard to even get them to listen to your mix,” she said.

Though people in these smaller spaces have been supportive, Lube said the pop-ups that got her started can only take her so far — when you’ve played one, she said, you’ve played them all. Though invaluable, these smaller shows exist in an endless loop: important but inescapable.

And with every new fan, there’s an old friend in her corner as well. Sophia Simmons, a 21-year-old UF architecture graduate, has known Lube since their freshman year and said she’s seen more smushyslugs sets than she can count.

“She’s so natural and honestly just looks like such a badass when she’s performing,” Simmons said.

The soundscape of smushyslugs is so dominant that even Lube herself gets lost in it. Closing her eyes, nodding her head, swaying along with the sweaty sea of bodies crashing into each other from her place behind the table — Lube is transported to a world of her own design.

But dj smushyslugs isn’t an alter-ego or a refuge. There’s no super-suit to slip into or mask to pull over their face, only a pair of headphones and Lube’s flashiest makeup. She’s performing as smushyslugs, but the line between Lube and her on-stage persona is almost nonexistent.

“I think her authenticity and the fact that she is herself when performing is why people are so drawn to her,” Simmons said.

Gainesville is a small pond, but smushyslugs may soon find a bigger tank. Lube has her sights set on larger cities — Seattle, maybe Atlanta — and wants to pursue a career that fuels her passion for botany. In founding and running Frothy Magazine, another quarantine project, Lube said she discovered her niche at the intersection of marketing and sustainability, something she hopes to continue filling as she finds her next home.

Whether dj smushyslugs lives on in these new locations, only time will tell. The only certainty is that she can’t stay in Gainesville forever.

But for now, under the strobing Saturday night lights and among the crowd of fervent fans, Lube stands behind her booth, surrendering to the symphony of sound she’s created. 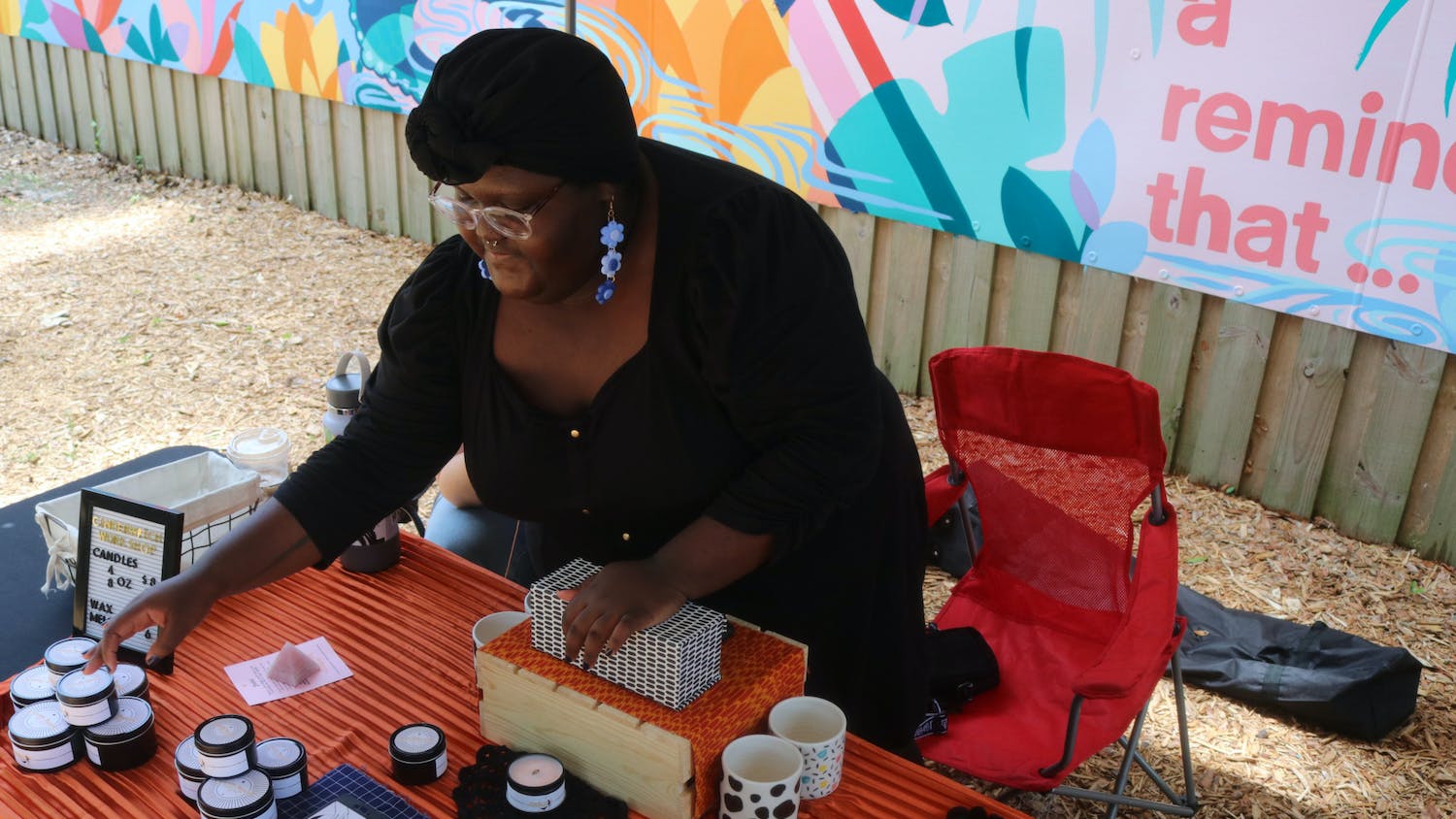