Skip to Content, Navigation, or Footer.
Donate Now
We inform. You decide.
Monday, December 06, 2021
Developing:
The latest news on UF’s barring of professors from testifying against the state
SPORTS  |  OTHER SPORTS GOLF

Yuxin Lin transferred to Florida from USC and made an immediate impact on the men’s golf team, one he looks to build upon this upcoming season.

On Oct. 29, 2017, a 17-year-old Chinese golfer arrived at Royal Wellington Golf Club with a one-stroke lead. He left with the attention of someone who would come into his life just a few years later.

Yuxin Lin competed in the 2017 Asia-Pacific Amateur Championship in New Zealand. On the final day of the tournament, he led Florida golfer Andy Zhang and Australian phenom Min Woo Lee by a stroke with 18 holes to play.

The Beijing native carded a 6-under-par 65 in the final round.

Zhang was a member of the All-SEC First Team during his sophomore season as a Gator in 2017-18. Lin beating Florida’s top golfer at the time in such a fashion impressed UF head coach JC Deacon.

“That was the first time I had seen him play,” Deacon said. “[I was like] who the heck is this young kid?”

Lin first picked up a club when he was six years old. His father, Xu Lin, became infatuated with the game around the time Yuxin was born. Once he was old enough, Xu would take his son out to the driving range.

“His passion for the sport really got me into the game. I fell in love with it,” Yuxin said.

Yuxin and his father remain close to this day. Xu even caddies for his son during tournaments where he isn’t representing UF, including the 2021 Open Championship.

Golf began to take more precedence in Yuxin’s mind as he entered his teenage years. He began participating as an amateur in PGA Tour China events at just 13 years old and made the cut in his first event on tour.

“Playing with some of the pros really inspired me,” Yuxin said. “From that point on, I felt like I was definitely more serious towards the game.”

Yuxin reclaimed his title as Asia-Pacific Amateur champion in 2019, and those two victories helped him earn five major appearances so far in his young career.

His latest major appearance marked his best major performance yet. During the 149th Open Championship, Yuxin was one of only two amateurs to make the cut, and he finished in a tie for 74th.

While Yuxin succeeded at the amateur level in China, he always knew he wanted to play collegiate golf in the United States. He committed to the University of Southern California in 2018 and competed in five events as a freshman. Yuxin and Leon D’Souza tied for the Trojans’ low stroke average (70.67) that season.

In July of 2020, Chris Zambri, head coach of the USC men’s golf team for 14 seasons, mutually agreed to part ways with the university. Yuxin entered his name into the transfer portal four months later.

Deacon showed immediate interest and exchanged calls and texts with Yuxin a few days later, even FaceTiming with him to give a tour of Florida’s facilities. Yuxin eventually took a trip to Gainesville to see the UF campus and Mark Bostick Golf Course for himself.

On Dec. 7, 2020, Deacon announced Yuxin was going to be a Gator. A union more than three years in the making would finally come to fruition.

“We saw eye to eye,” Deacon said. “[Yuxin] knows how competitive I am and how bad I want to be great, and he wants the same thing.”

Florida already participated in three events in the fall prior to Yuxin’s arrival. Despite joining mid-season, Yuxin quickly meshed with his teammates. Deacon attributed the easy transition to Yuxin’s confidence and laid-back nature.

“[He] was exactly what our team needed at that time,” Deacon said. “He brought a wave of confidence to our guys.”

The Gators kicked off their spring half of the season with a win at the Timuquana Collegiate in Jacksonville, Florida. Yuxin carded a 3-under-par 213 during his first outing in the orange and blue.

Florida and Yuxin stayed hot, securing back-to-back wins when they claimed the Gators Invitational at their home course. Yuxin led his new team with an 8-under-par 202, finishing in a tie for sixth individually.

“There was a lot of positive energy within the team,” Yuxin said. “The atmosphere was just great.”

However, momentum quickly faded for Yuxin and the Gators.

Florida’s regular season concluded with two average performances at the LSU Invitational and the Calusa Cup, finishing fifth and in a tie for fourth, respectively. A few weeks later, their postseason got off to a shaky start with a tie for ninth at the SEC Tournament.

At the NCAA Regionals in Cle Elum, Washington, the Gators bounced back and earned a trip to the NCAA Championship with a final round surge to come from outside the cut line.

The Gators didn’t make the match play cut at the championship tournament in Scottsdale, Arizona. Instead of dwelling on the loss, however, Yuxin’s disappointment is being repurposed as motivation for the upcoming season.

“I feel that it’s a great experience for all of us,” Yuxin said. “Just gotta learn from the mistakes we have made in the past and hopefully it will have a positive effect.”

Along with Yuxin, Florida returns centerpiece golfers Ricky Castillo and Joe Pagdin. The Gator lineup from the second half of the prior season remains entirely intact.

Deacon believes the outlook of his team is trending in a positive direction. The coach praised his ball striking, driving and overall calmness as the strengths of Yuxin’s game, and Deacon believes a full offseason within the Florida program will serve Yuxin well.

“He’s gonna be ready to rock,” Deacon said. “I expect him to be one of the best players in the country. I really do.”

Yuxin embraces the expectations his coach has for him. He has put in the work this summer, spending most of his time in Gainesville and getting out to a golf course almost every day. The new Gator believes his game is nearing the elite level his coaches and fans anticipate.

Nine tournaments lie ahead for Yuxin and the Gators before another shot at a postseason run to Gray Hawk Golf Club. If expectations become reality and potential is met, Deacon believes his team could deliver something special come May 2022, with the 17-year-old who caught his eye in New Zealand all those years ago now by his side. 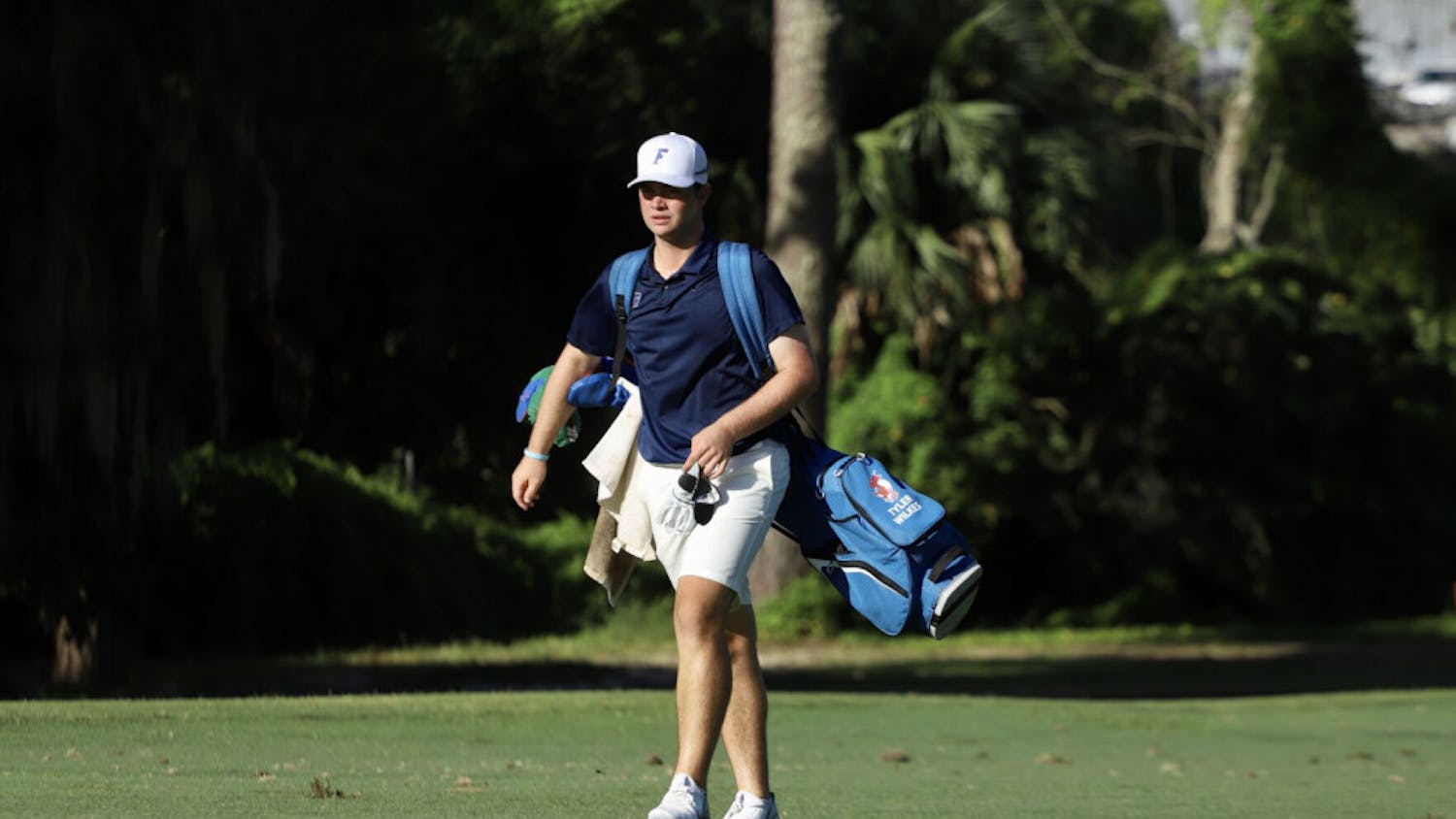 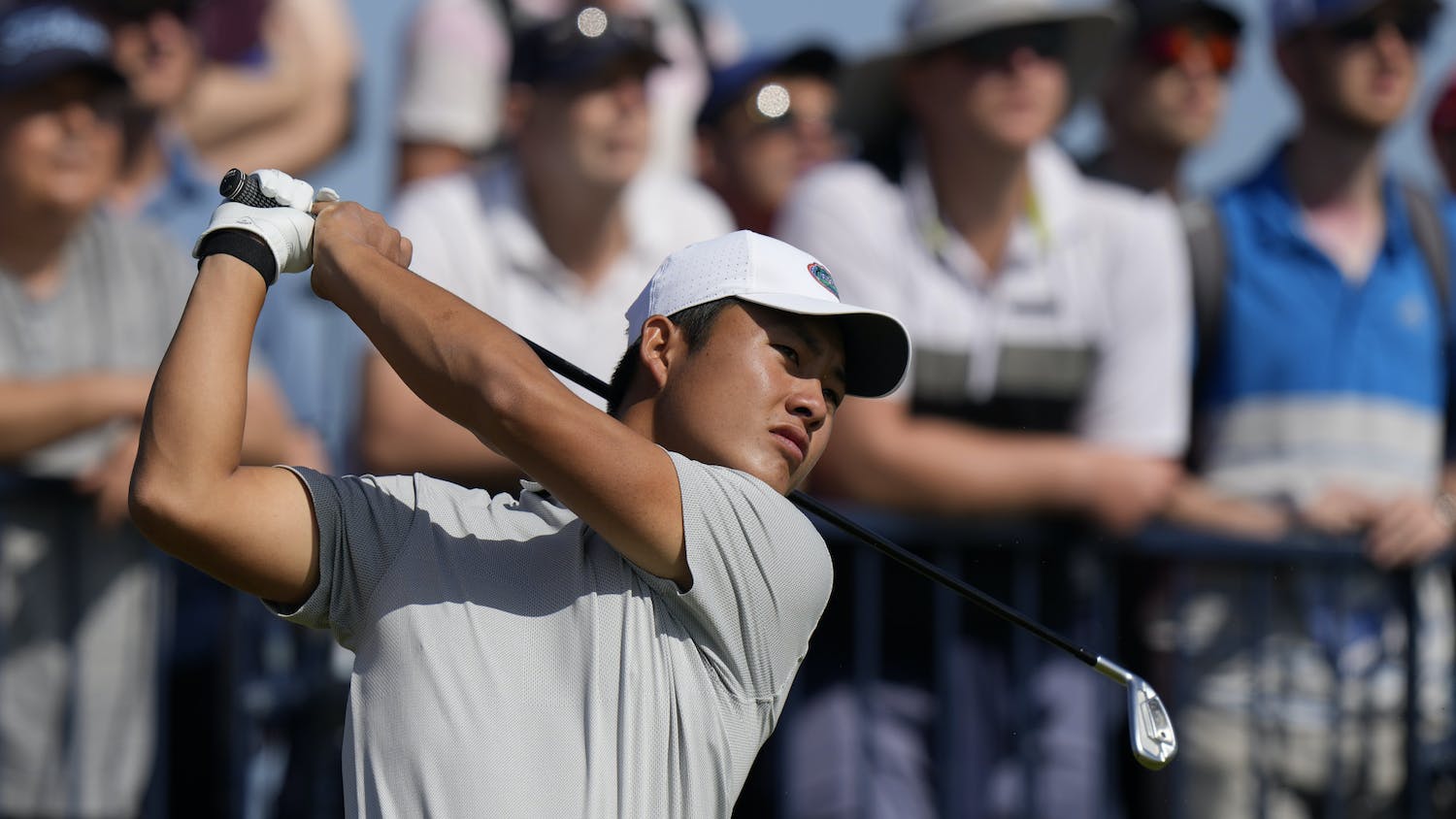