After five interceptions in his first nine quarters, Emory Jones flipped the script the past two games

Florida quarterback Emory Jones stood in an empty pocket, his arms at his sides and no defender within two yards of him, and watched his pass sail helplessly past the extended arms of wide receiver Justin Shorter and fall incomplete to the grass of Ben Hill Griffin Stadium.

As he stood in the heart of the stadium, he heard the 90,887 Florida faithful in attendance for the Gators’ Sept. 18 match with No. 1 Alabama begin to boo.

Jones silenced fans’ displeasure with a complete about-face in the past six quarters, including a historic performance in Florida’s 38-14 victory over Tennessee on Sept. 25, when he became the first Gators quarterback to pass for 200 yards and rush for 100 more in 12 years.

When Jones regrouped with his offense a week ago after his whiffed pass, trailing the top-ranked Crimson Tide 21-3, he’d had a mercurial start to the season at best. He’d completed 38 of his first 63 passes for 340 yards (5.4 yards per attempt) and five interceptions. He’d only thrown two touchdowns the entire season, the most recent of which in the second quarter against South Florida the week before, and added just one more on the ground with 189 rushing yards on 30 attempts.

The redshirt junior rebounded to complete 11 of his final 14 passes for 119 yards and added a late rushing touchdown in the near-comeback against Alabama, but his resurgence was truly cemented over the weekend against the Volunteers.

Jones’ first two plays from scrimmage against Tennessee set the mood for the entire day. He escaped a collapsing pocket and dashed for 12 yards and a first down before he found Shorter on a crossing route for 16 yards and moved the chains again on his debut pass.

Overall, the Georgia native looked more decisive against Tennessee than he had the entire season. In previous weeks, his biggest sin was standing pat in the pocket, surveying the field as if he’d rather grow roots or fit a ball through a keyhole than create with his legs. When faced with the UT defense, however, he found his rhythm, moving the offense down the field with quick passes and fleeing if foes closed around him.

Jones connected on 17 of his first 19 passes and 21 of 27 for the night, a far cry from his 60.3% completion percentage prior to his missed throw against ‘Bama.

The last Florida quarterback to pass both milestones in the same game? Heisman winner Tim Tebow during his senior year against Florida State.

“I think you see him really settling down under center,” Mullen said. “I think he did a great job making his reads, managing the offense, getting us in the right checks, into the right plays.”

The obvious does need to be voiced. The Volunteers pass defense ranks among the worst in the SEC. They allowed 213.5 passing yards through the first four games of the season, including contests against Bowling Green and Tennessee Tech, and they surrendered six touchdowns through the air. They finished 11th in the conference a season ago with 265.8 yards allowed per game at 8.5 yards per attempt.

Despite the meager competition, however, Jones led five of Florida’s 10 drives for touchdowns and two more into the Tennessee red zone, one resulting in a field goal and another lost to a fumble.

Tracking back to the Alabama game, the Gators found pay dirt on nine of their 15 full drives after fans rained disapproval upon their signal-caller. Jones completed 32 of his 41 throws for 328 yards and a pair of scores since he failed to link with Shorter, and he added 187 yards and another score with his legs on 27 attempts.

Jones may not have drawn the world’s attention against Tennessee, but one thing happened for sure: When the fourth quarter ended under the inky Gainesville sky, and Jones trekked back to the home locker room, not a single fan booed. 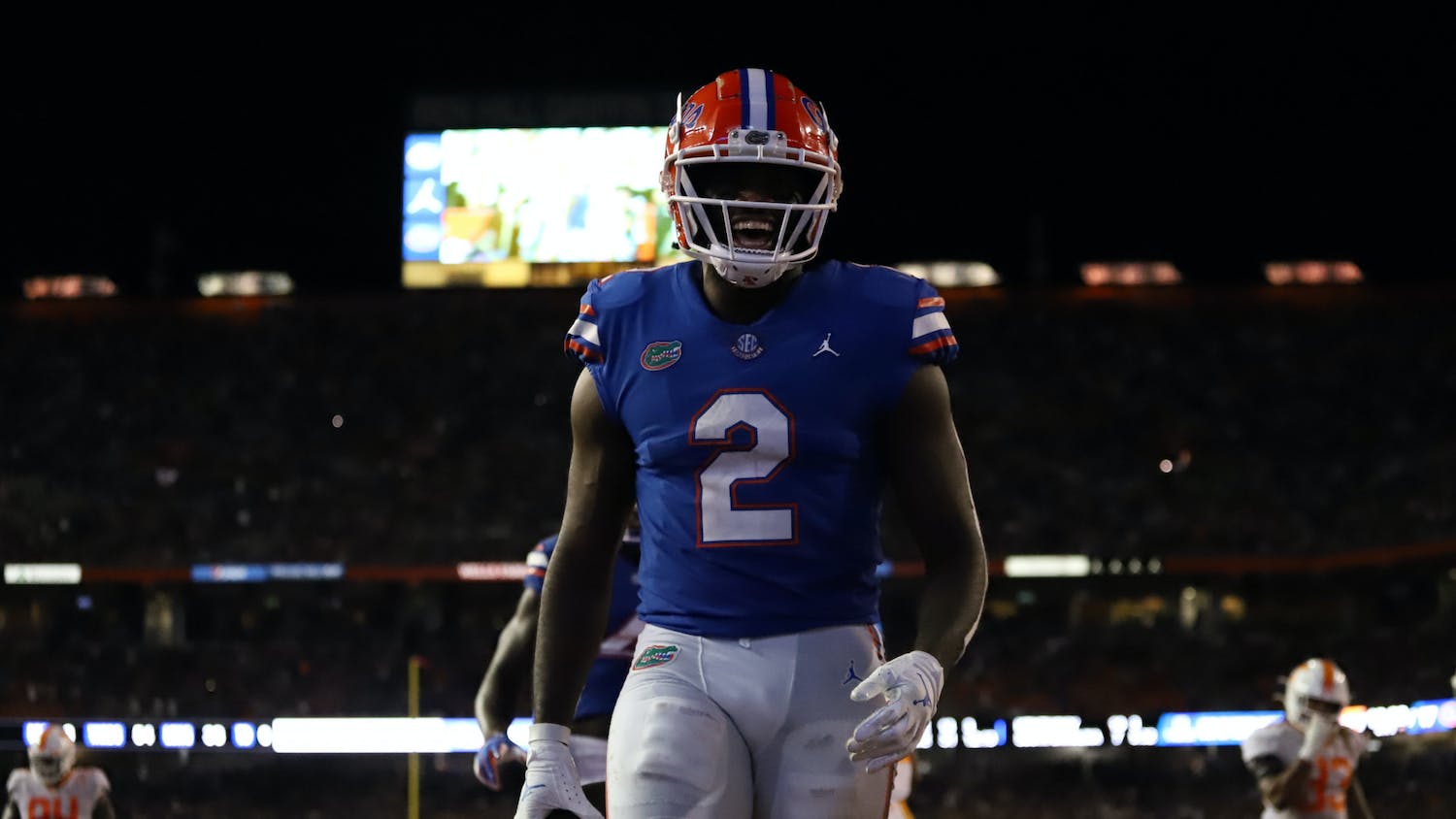