Starting Florida quarterback Emory Jones dropped two steps back, trailing 13-10 in the fourth quarter. He looked right toward a pair of receivers, then scanned left and locked eyes with his tight end Kemore Gamble.

Jones unloaded and tried to squeeze a pass to the redshirt senior between four Kentucky defenders in zone coverage.

The pass sailed slightly behind Gamble, and Wildcats outside linebacker J.J. Weaver pounced on the opportunity to make the backbreaking interception.

Wildcats running back Chris Rodriguez Jr. made Jones and the Gators pay and waltzed into the end zone five plays later untouched to give his team a 20-10 lead. Florida failed to overcome the 10-point deficit in a 20-13 defeat.

The loss was UF’s second in three weeks, leaving it with little-to-no hope to return to the SEC Championship and advance to the College Football Playoff under fourth-year head coach Dan Mullen. The Gators lost their carrot at the end of the stick and now must attempt to muster enough motivation to make a fourth straight New Year’s Six bowl, starting this Saturday at noon in The Swamp versus Vanderbilt.

Mullen said Monday he isn’t concerned about stalling out and failing to get over the hump to make the CFP thus far in his tenure.

“Each year is independent of itself,” he said. “A lot of different factors go into things from one year to the next. There’s a lot of football to be played, still to be played this year, so we’ll see how this year plays out.”

Most of Florida’s downfall against Kentucky can be pinned on its’ 15 penalties, eight of which came on false starts. Mullen said center Kingsley Eguakun struggled snapping the ball and hearing Jones’ signals.

In a hostile road environment like Kroger Field, some away teams opt for a silent count to avoid such communication issues. Mullen said Florida never planned to switch from the hard count it typically uses.

“The snap count is our snap count,” Mullen said on Monday. “We’ve used it, most people use it around the country. Every team we’ve played has used it here in The Swamp.”

Mullen and the coaching staff already started to correct the team’s mistakes even before his Monday media availability.

“You go play in a tough environment against a good football team and you make the number of mistakes that we made, you’re not going to win football games,” he said.

Florida’s special teams unit has been a roller coaster this season beyond the leg of punter Jemermy Crawshaw. A missed extra point from kicker Chris Howard against Alabama proved fatal. Last week, Kentucky blocked a 48-yard field goal from kicker Jace Christmann and returned it for a touchdown, which served as a turning point in the contest.

The Wildcats keyed in on stopping the Gators’ third-ranked rushing offense last Saturday. Kentucky’s defense held Florida to 171 yards, almost half of its 323-yards average entering the contest.

Kentucky head coach Mark Stoops stopped Florida’s ground game by crowding the box near the line of scrimmage, leaving Jones room to burn the defense over the top with his arm. But Mullen and Jones never took advantage. Jones threw one pass over 20 yards, which fell incomplete. Twelve of his 134 passing attempts this season traveled that distance or more.

“I trust him throwing the ball deep downfield,” he said.

Vanderbilt enters The Swamp on the heels of an electric win versus Connecticut for its second win of the season. First-year Commodores head coach Clark Lea is trying to establish the foundation for his new program after they went 0-9 a season ago.

Kickoff between Florida and Vanderbilt is set for noon in The Swamp and can be seen on the SEC Network. 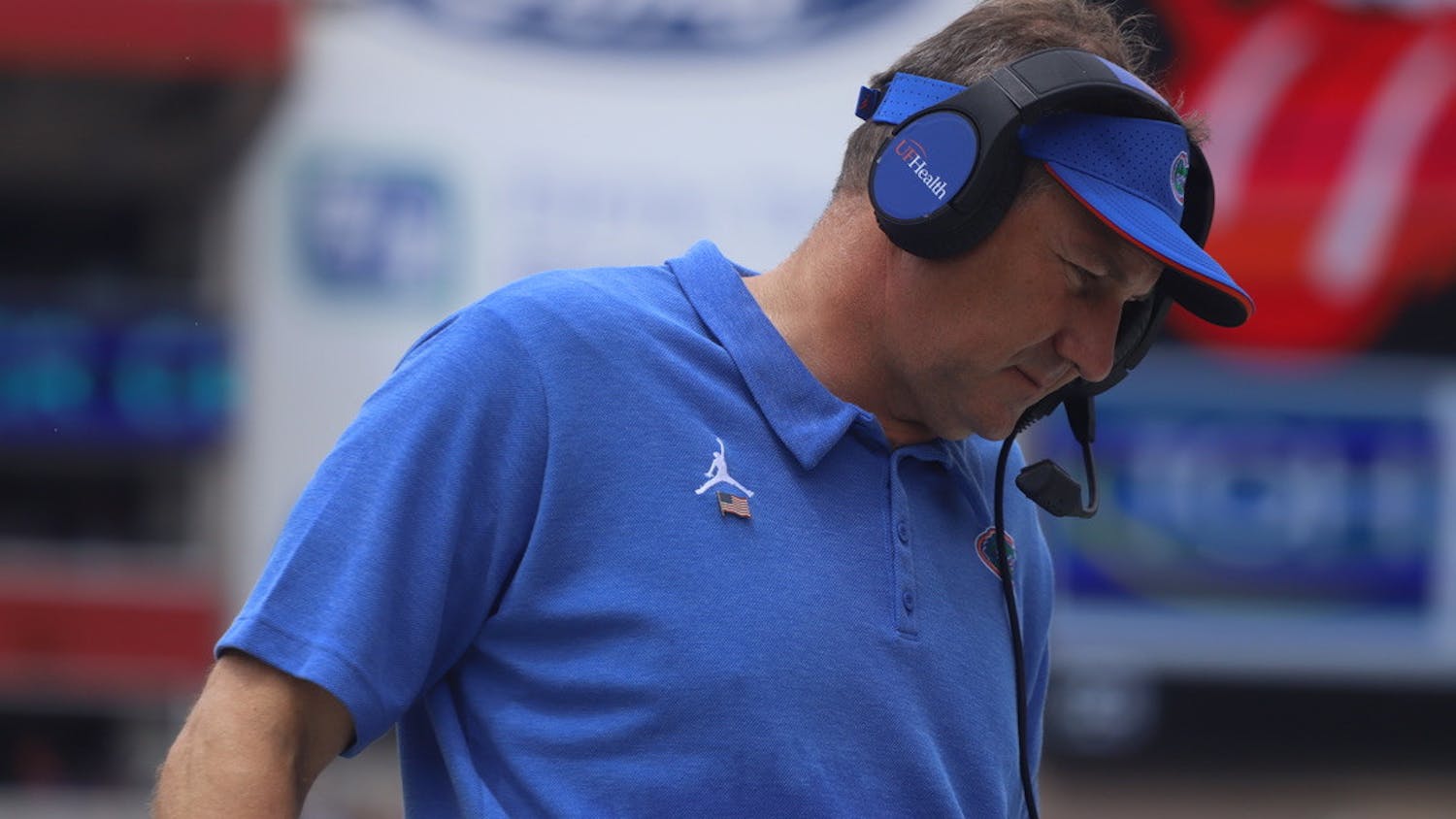 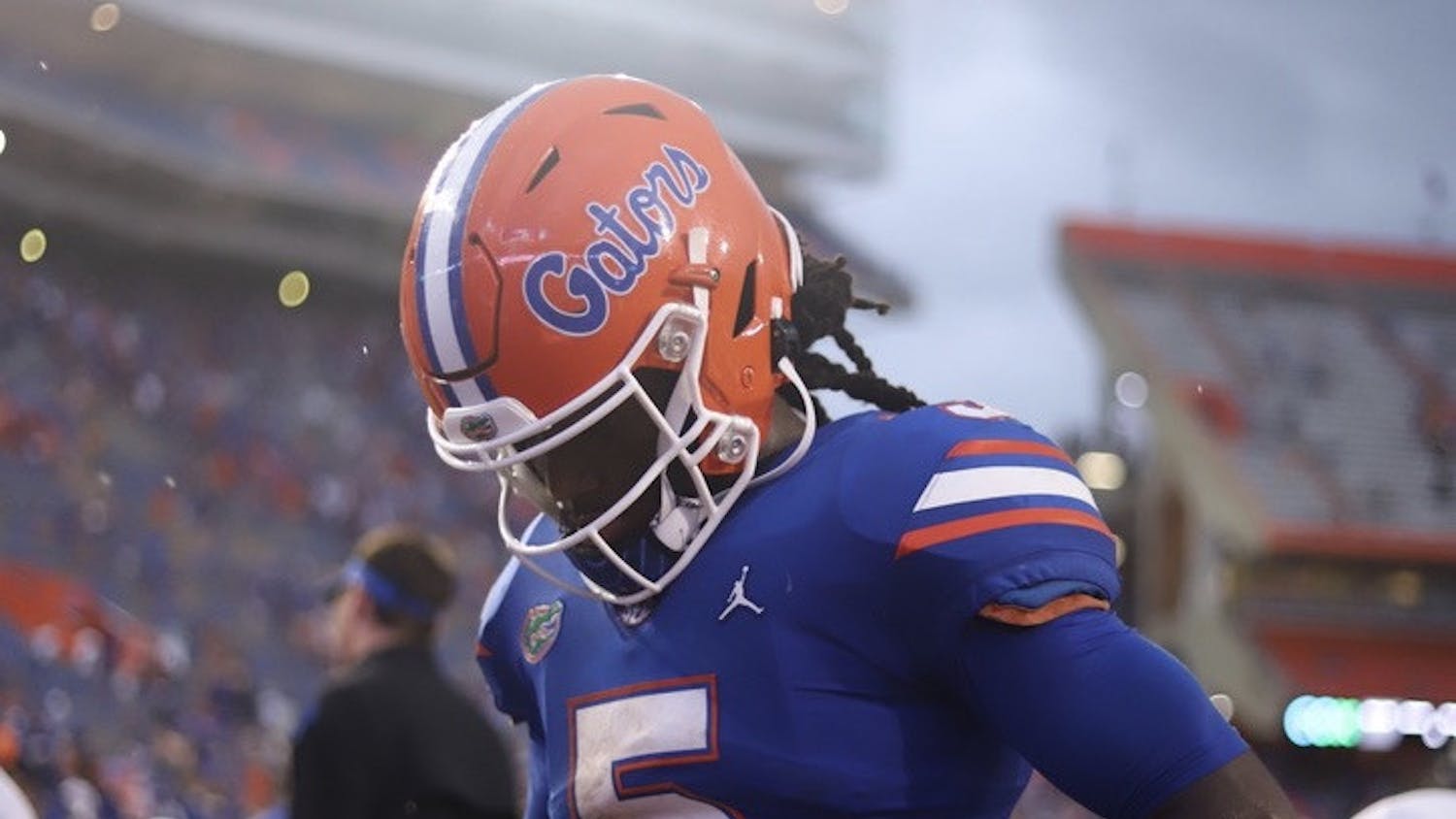