Florida’s No. 3 men’s and No. 9 women’s swim and dive teams face their toughest battle of the young 2021-2022 season in No. 8 Georgia Friday. It will be the first top-ten matchup for either team, and the first ranked matchup for the Gators this season. A fierce battle seems imminent in the midst of the rivalry weekend as two of the top-ranked SEC schools in the CSCAA preseason poll go head-to-head.

The UF swim team enters the meet off a long break, their last outing being the season-opener at Florida Atlantic on Oct. 2nd. The Gators appeared an unstoppable force in Boca Raton, Florida, and they swept 13 of 32 events while the women won all 16 of their matchups. The men took 15 of its 16 to round out a season-opener the swim team will hope to build on versus the Bulldogs.

The diving team goes into the meet with a shorter gap between the previous competitions after it added a pop-up meet at home against Miami on Oct. 16th. The Gators took a tough loss to a Miami team which sports four All-American divers, but the orange and blue put on performances that bodes well for the season ahead. Junior Leo Garcia remained undefeated on the season in the 3m dive, while freshman Carina Lumia recorded her first win as a Gator, scoring a 209.78 in the platform event.

Georgia offers a challenging opponent for the Gators, coming off a historic season for the nationally ranked program. The Bulldogs finished as the only SEC team within the top ten in both men’s and women’s competition at last season’s NCAA Championships. Georgia’s last meet was a dominant double-header performance on Oct. 22nd and 23rd, sweeping both South Carolina and No. 15/No. 21 ranked North Carolina.

The Bulldogs men’s team boasts eight All-Americans, including sophomore and NCAA 500 freestyle champion Jake Magahey alongside sophomore Luca Urlando, who was the SEC 200 butterfly champion. The women follow suit with six All-Americans themselves, headed by junior Zoie Parker and senior Dakota Luther, who took second and third in the 200 IM and butterfly at this past national championship meet.

The Gators will have to provide their best performance of the season so far if they want a chance to topple the out-of-state rival, and a win will have serious implications for either team’s national rankings.

Florida diving takes on Georgia Thursday at 5:30 p.m., followed by the swim team Saturday at 10 a.m. in the Stephen O’Connell Center. 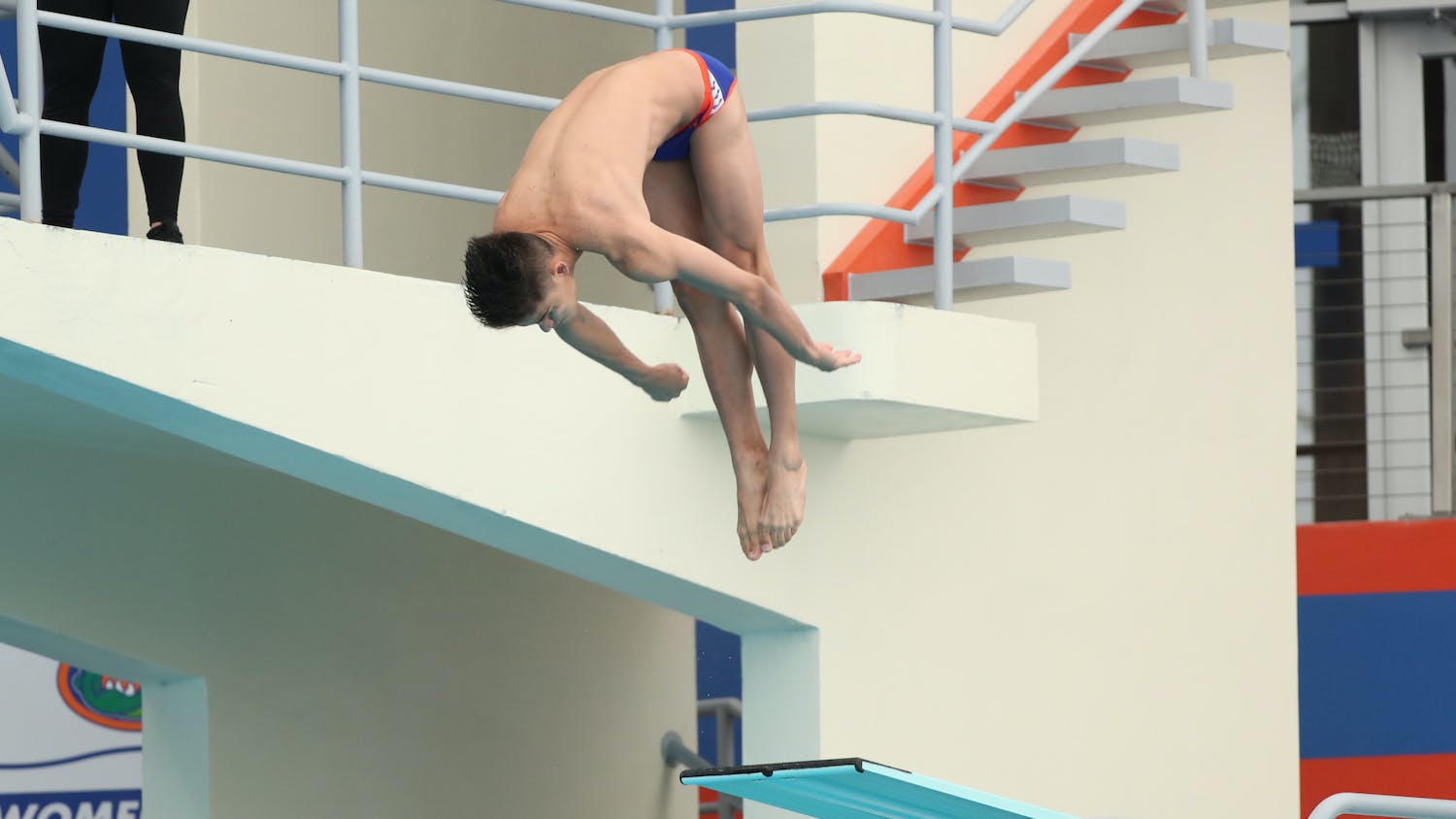