From China to UF, Molly Wagner challenges perceptions of disabilities

The university’s accessibility and academic rigor drew her in, she said

With each step, Molly Wagner’s small frame stumbled toward the orphanage director. She placed a book in Wagner’s lap.

As Wagner ran her fingers along the spine and crinkled the thin paper, she paused and glanced at a photo glued onto a decorated scrapbook page. It was of two boys, two girls, a mother and a father.

“You know who these are?” the woman asked.

She scanned the photograph. The orphanage would often have families sponsor children.

These photos must be of a family who sponsors my medical treatments and food.

The woman explained to Wagner that this was her new family, she had been adopted.

That was the first time Wagner, now a 19-year-old UF psychology freshman, saw her family — in a photograph while at the House of Love Orphanage in Guilin, China. She was born in China with Ullrich muscular dystrophy, a rare degenerative genetic disease that leads to motor difficulties.

“I prayed about getting a family,” she said. “Everybody told me America was great. I’m going to be eating fried chicken every day.”

After arriving in the U.S. in 2011, she owned her identity as a person with a disability, overcame the expectations society set for her and made her way to UF. She challenged what it meant to be mobility impaired.

She credits much of where she is today to her family adopting her.

Every day, her image popped up on Maureen Wagner’s screen. And every day, Maureen, who volunteered remotely for An Orphan's Wish, called the orphanage director and asked if anyone had pulled Molly Wagner’s paperwork.

One evening, the director sent Maureen pictures from a play the orphanage put on. Molly Wagner, wearing a robe and a crown, posed with her peers on stage. Maureen Wagner sent them to her husband.

“Typically, when I would send him kids that I thought were cute, he would never really comment,” she said.

But William Wagner rushed down the stairs. He turned to his wife in a frenzy. How much is it to go get her?

“I knew I wasn't going to be able to pull her paperwork and then say no,” Maureen Wagner said. “She fulfilled in me my biggest desire. She closed that empty space in my heart. She completed our family.”

For a year, William and Maureen Wagner sorted through all the proper paperwork and prepared to see Molly Wagner in China. The family was familiar with the process. They adopted their daughter Lilian Wagner from China in 2006 when she was 2 years old.

One of their sons, Oliver Wagner, was in 10th grade when he joined his parents’ journey to pick up Molly Wagner.

“There's just really no words to describe that — meeting someone who's going to be your sibling forever,” Oliver Wagner said.

Molly Wagner also remembers when she met her parents and siblings. It was the first time she saw someone who didn’t look like her.

But when William and Maureen Wagner picked her up, they could tell she was smarter than an average 10-year-old. Her duffel bags were stuffed with books. She chatted away with the translator, who said she expressed herself like an adult.

“Here was this young, very vibrant, young girl,” William Wagner said. “Seeking information, wanting to learn, wanting to know what the world was about. So talking to her was filled with a lot of questions.”

After multiple train rides and flights, Molly Wagner arrived at her new home in Ohio and met all four new siblings: Oliver, Noah, Lucy and Lilian.

Soon, her family took her to a clinic for testing. Doctors in China knew she had an illness but didn’t know how to diagnose her. A doctor at a neuromuscular clinic traced her troubles walking to Ullrich muscular dystrophy. The condition severely weakened her muscles, which led to her using a motorized wheelchair.

“It didn’t really bother me,” Molly Wagner said. “I’d dealt with it all my life. It was just more like an answer to why I was the way I was.”

She didn’t let the diagnosis stop her from what she always wanted — to learn.

And it didn’t take for her long to become a top student, even when the family moved to Port Orange, Florida.

“I did always excel in school because that was something I could do,” Molly Wagner said. “I can’t necessarily excel in video games or basketball or jump rope.”

Before she started high school, she craved the chance for challenging coursework. That led her to the International Baccalaureate program.

Maureen Wagner worried the IB program's workload would be too overwhelming for Molly Wagner. She pleaded for her to reconsider.

Oh Molly, I don't know about that. I've heard that it's a lot of work.

I'm going to prove to you that I can make it in this IB program.

And so Spruce Creek High School IB Coordinator Karie Cappiello registered her for the advanced classes.

“IB is for kids wanting an academic challenge, but more importantly, it’s for global thinkers,” Cappiello said. “It's for kids that are super motivated to do well and active in school, and that's really what I saw in Molly.”

During the span of her four years, Molly Wagner left a legacy behind at Spruce Creek High School. She even outperformed most IB students.

“Molly was the heart of our school,” Cappiello said. “It’s kind of hard not to love her.”

Molly Wagner did what most couldn’t do even with added obstacles.

Everyday activities can take her up to an hour. She can’t jump in the shower and finish in 10 minutes. She can’t eat dinner in five minutes. But she could pen 4,000 word essays about classic literature like Romeo and Juliet.

“That's two hours a night that she's doing something other than studying,” Maureen Wagner said. “She typically is in bed at 9:30 because she needs all of her ventilator therapy.”

The fall of her senior year, she faced an unforeseen hurdle.

Molly Wagner suffered two cases of a collapsed lung and spent almost a month in the hospital. The healing process was slow, but she kept up with her schoolwork’s fast pace.

While in the hospital, Molly Wagner heard big news — Harvard wanted to interview her. Hospital nurses mobilized and prepared the head nurse’s office for the interview. They also had the ICU chief stationed nearby in case she needed emergency assistance. She was waitlisted by the university.

When Molly Wagner’s lung healed, she wrapped up her last semester of school with ease. Then, the long-awaited Senior Award Night arrived.

The stage was littered with awards and plaques, but everybody’s eyes were set on the highest honor: The Hawk of the Year Award, an award determined by faculty nominations.

Principal Todd Sparger pulled a dark drape off a photograph. The photo was of Molly Wagner.

Beaming, she rolled onto the stage, and the crowd stood and cheered.

“That was probably one of the biggest surprises I’ve ever experienced,” she said.

Days later, she began to reflect on her college plans. She outlined a pros and cons list of Florida universities in terms of costs, accessibility and academics. The choice seemed clear.

She was set on UF after attending the university’s Youth Leadership Conference in February 2020. The conference consisted of leadership and group workshops, activities and games.

During the conference award ceremony, her team was honored as the best group.

Maureen Wagner gawked as she saw her daughter roll up the stage with her teammates to claim their award.

She feared Molly Wagner would have to pull up in the front while her partners walked up the stage; something that bothered her, but happened often. But this time the conference staff rolled a ramp for her.

Maureen Wagner searched for the conference director and thanked him for accommodating her daughter. He told her the conference counselors ordered the ramp to be placed that morning to ensure Molly Wagner had a way to celebrate with teammates on the stage.

UF’s atmosphere of inclusivity continued to draw Wagner in.

When she visited UF, she noticed welcome brochures and posters that included people in wheelchairs along with buttons to open doors –– something that her high school didn’t have. It’s a small detail, but the photos made her feel represented as someone who is mobility impaired.

When she discovered Cypress Hall, a dorm recently constructed to accommodate mobility-impaired students, the school became even more appealing.

“I felt like that would make my transition easier, and then knowing that they’re also a really academically rigorous college, I knew that I wouldn’t be giving up a good education for accessibility,” she said.

Throughout her life, Molly Wagner always felt like she had something to prove. She needed to be better, smarter.

“I just want to show that physical disability does not mean mental disability,” she said. “I think a lot of times people don't put that together. And they don't have any reason to think otherwise, and that's the problem.”

Her drive to learn made her an advocate for people with disabilities. She hopes to challenge assumptions of motor impaired people and promote inclusivity. And now at UF, she can open her own doors. 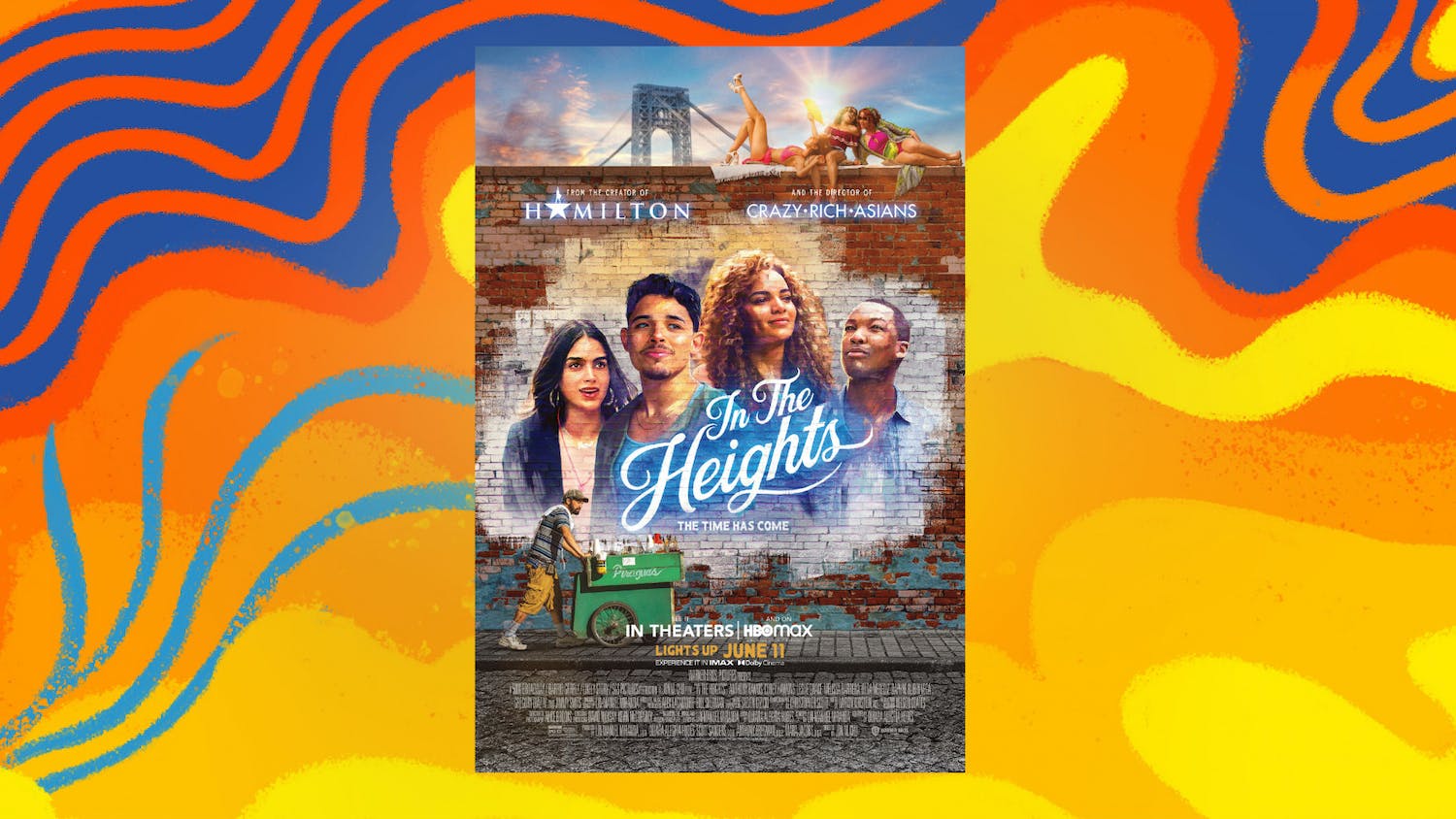