Skip to Content, Navigation, or Footer.
Donate Now
We inform. You decide.
Monday, September 26, 2022
THE AVENUE  |  MOVIES AND TV

Few people recognize October as a month dedicated to commemorating LGBTQ achievement, but organizations across Gainesville are making sure this history isn’t forgotten.

October was designated LGBT History Month in 1994, and since then, the month has been dedicated toward recognizing and celebrating the history and accomplishments of lesbian, gay, bisexual and transgender individuals. In Gainesville, organizations are using film to keep this legacy alive.

Commemoration begins on Oct. 21 at the Matheson History Museum with a 7 p.m. screening of "Behind Closed Doors: The Dark Legacy of the Johns Committee.” The event offers both in-person and virtual alternatives, and those interested can register for either option online. The museum is limiting in-person attendance to 50 guests and requiring masks inside the building as part of its COVID-19 protocols.

The viewings continue into Oct. 22 and 23 with the Civic Media Center’s Gainesville Pride Film Fest: two nights of queer movies and community discussion. Both events will start at 6:30 p.m. and include screenings of “The Watermelon Woman” and “Pride,” respectively.

“Film is a really evocative way for people to get immersed in history and the story,” said Kaitlyn Hof-Mahoney, the Matheson History Museum curator of collections and acting administrator. “It really brings it home in a way that other mediums aren’t necessarily able to do.”

This is especially true in the case of “Behind Closed Doors,” the film the Matheson will be screening at their event. The documentary was produced in 2000 by Allyson A. Beutke, a graduate of the University of Florida’s College of Journalism and Communications. In her work, Beutke localizes LGBT history not only to the state of Florida, but to Gainesville and the UF campus, specifically.

The screening goes in tandem with “McCarthy Moment: The Johns Committee in Florida,” one of the Matheson’s current exhibitions.

Both the documentary and the exhibit explore the dark legacy of the Johns Committee, a legislative task force established in 1956 with the sole intention of uncovering ‘subversive’ activity in Florida. Soon, this investigation turned into a witch-hunt against the LGBTQ community, seeking to identify and target suspected homosexuals.

The Johns Committee berated suspects in interrogation rooms. Students and faculty at Florida schools, especially the University of Florida, were threatened with exposure or prison. Its activities reaped a reign of terror throughout Gainesville.

But according to Hof-Mahoney, for those who were not here when it happened, the activities of the Johns Committee have been largely forgotten.

When the exhibit first opened in January 2020, members of Phi Alpha Theta, the UF history honor society, visited the Matheson and walked through a time capsule chronicling the history of the Johns Committee. Afterward, Hof-Mahoney said, several students — some who were part of the LGBTQ community themselves — expressed that they were completely unaware of this facet of their own history.

“They knew that things had certainly improved, but they hadn’t quite grasped fully how dramatically different things had been even 50 or 60 years ago,” she said.

It’s this impending erasure that the Matheson is seeking to reverse with their community screening of “Behind Closed Doors.”

“We’re just really glad to be able to work with our neighbors and help to bring some of these lesser-known stories into more common knowledge,” Hof-Mahoney said.

Tamára Perry-Lunardo, Pride Community Center president, will lead a discussion with moviegoers at the Matheson screening, taking the opportunity to help audiences process the film and share any of their own experiences.

Mostly, Hof-Mahoney said the Matheson is hopeful that the event will be an eye-opening experience for everyone who attends the documentary screening, both those within and outside of the LGBTQ community.

“I really hope that people are able to take away a sense of empathy,” she said. “Knowing that experiences that are different from your own are valid and are an important part of our history — even if it is uncomfortable and something people would prefer not to remember.”

Remus Jackson, 28, began volunteering with the Civic Media Center in 2018 and has been involved in organizing the Gainesville Pride Film Fest — which is taking a different approach to recognizing the LGBTQ community through movies. Instead of featuring a documentary, the event will screen two fictional films spotlighting the queer experience.

“The Watermelon Woman,” which will kick off the two-day film fest, is an independent film that follows a young Black lesbian attempting to make a movie about a fictional Black actress from the 1930s. Directed by and starring Cheryl Dunye, the movie was the first feature film to be directed by a Black lesbian and has since become a staple in new queer cinema.

The second film that will be screened, “Pride,” tells the true story of a group of LGBTQ activists who raised money to help those affected by the British miners' strike in 1984.

Jackson, who curated the film list, said that both movies implore audiences to consider intersectionality within the LGBTQ community. “The Watermelon Woman,” for example, explored racial dynamics in the lesbian community and the historical treatment of queer Black woman. “Pride” reflected on real life to showcase the historical solidarity between queer activists and labor movements.

“I feel both films really speak to the CMC’s values and emphasis on underrepresented points of view,” Jackson said in a message.

Jackson said that although they aren’t a scholar of film, they have an appreciation for queer cinema as a way for LGBTQ creators to document their experiences and explore how queerness exists in the world. They also said that film in particular is an especially powerful medium of expression and believes this will translate to the Pride Film Fest’s significance.

“I hope folks connect with the films and are able to bring that connection back into their own lives, especially by looking into the grassroots queer activism happening in Gainesville and connecting that to other movements,” Jackson wrote. 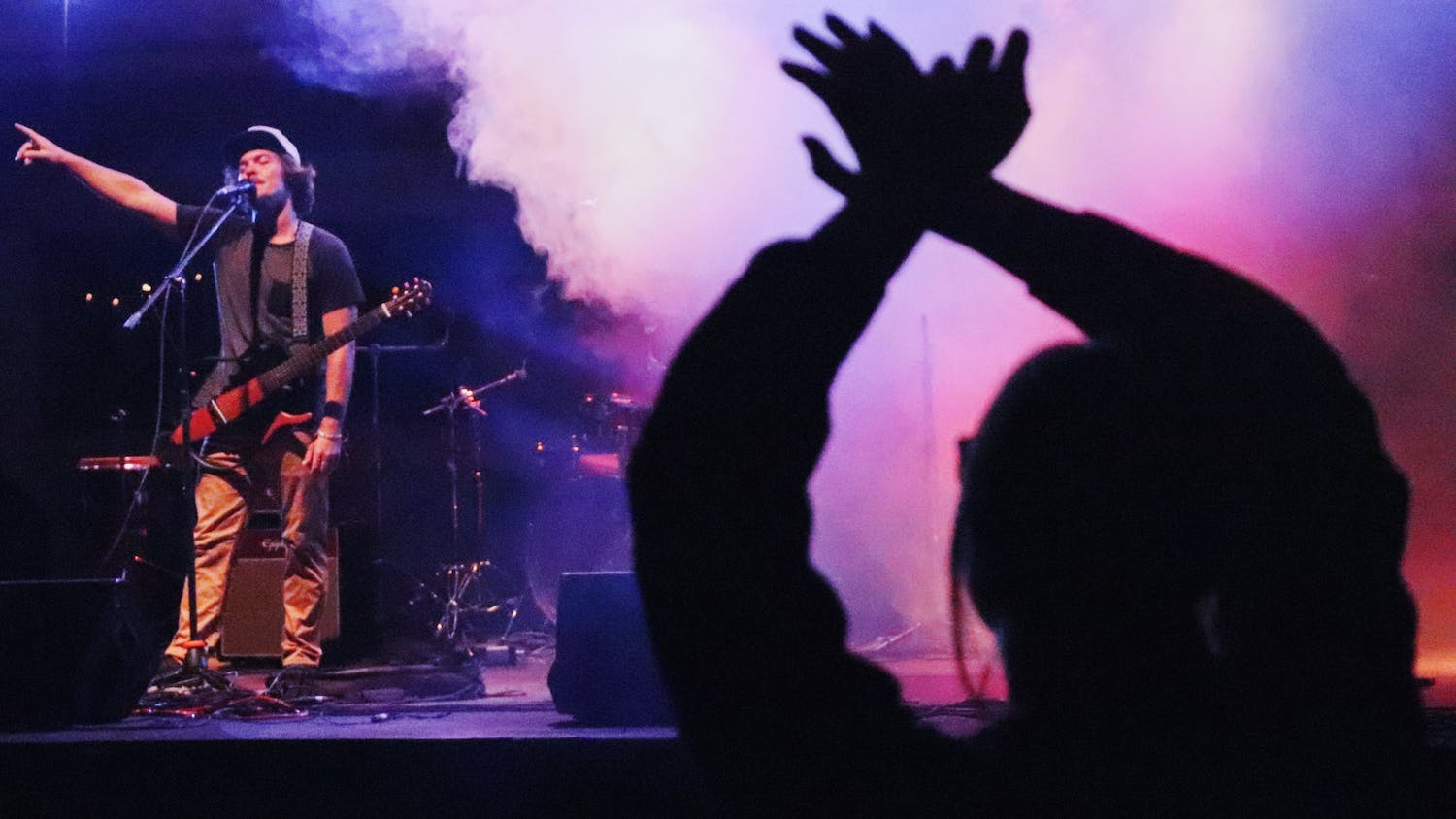