Skip to Content, Navigation, or Footer.
Donate Now
We inform. You decide.
Sunday, November 28, 2021
Developing:
The latest news on UF’s barring of professors from testifying against the state
SPORTS  |  OTHER SPORTS GOLF

The Florida men’s golf team entered its first match play event of the season this week when Southeastern Conference programs gathered at the SEC Match Play Championship in Birmingham, Alabama.

After they failed to crack the top half of the rankings in each of their first two tournaments, the Gators seemed due for a change of pace. Instead, while the format shifted, the results stagnated. The Gators found a win against Texas A&M, but went 1-3 overall in the tournament.

The matches opened Sunday with Florida slated to battle South Carolina, a team ranked 77th by Golfweek before the tournament started. Despite the Gators’ presumed prowess with a much higher seed, the Gamecocks upset Florida head coach J.C. Deacon’s team with four victories in five matches.

Juniors Ricky Castillo and Fred Biondi and sophomore Joe Pagdin all fell to their respective Gamecocks competition by a single hole. While the three losses sealed a Carolina victory, USC golfer Ryan Hall beat junior Yuxin Lin, 4&2, to add a fourth point to the team in garnet.

With the opening loss, Florida teed off again to play Alabama in the second round of the tournament.

The second round of matches failed to finish Sunday due to darkness, resuming on Monday. While the Gators saw improvement, the team still fell to the Crimson Tide.

Castillo and Biondi notched points on the board for Florida for the first time, as Castillo won 3&2, and Biondi finished 1 up. Wilkes lost 2&1, and Pagdin came up short in a 3&1 finish.

The winning point came down to Lin and Alabama’s Jones Free. Tied after 18 holes, the duo played a deciding 19th hole. Hole won for Free, round won for ‘Bama.

The next team on the slate for Florida was Texas A&M, and the Gators’ found their sole victory on the Shoal Creek Club Course.

Lin commanded a dominant win over Aggie Daniel Rodriguez, 7&6, and Pagdin earned his first win of the tournament, 3&2, over Walker Lee. Biondi fell 6&4 in his match, and Wilkes halved his round to square the fate of the fight on Castillo.

The junior clinched the winning point with a 2&1 round against William Paysee, and Florida finally owned a victory.

On Tuesday, the team finished with one last round against the Tennessee Volunteers.

The tournament ended on a low-note for the Gators, as every member of the lineup lost their respective matchup. Lin fell 2&1, Castillo lost to Spencer Cross by two holes and Pagdin was defeated by Hunter Walcott, 3&2. Wilkes and Biondi both rounded out the round with deflating 7&6 defeats, and Florida finished with a 5-0 defeat from the Vols’ to take home.

The Gators, once again, have a quick turn-around for the next tournament. Deacon’s men travel to Windermere, Florida, next Sunday for the Isleworth Collegiate, hosted by Central Florida. 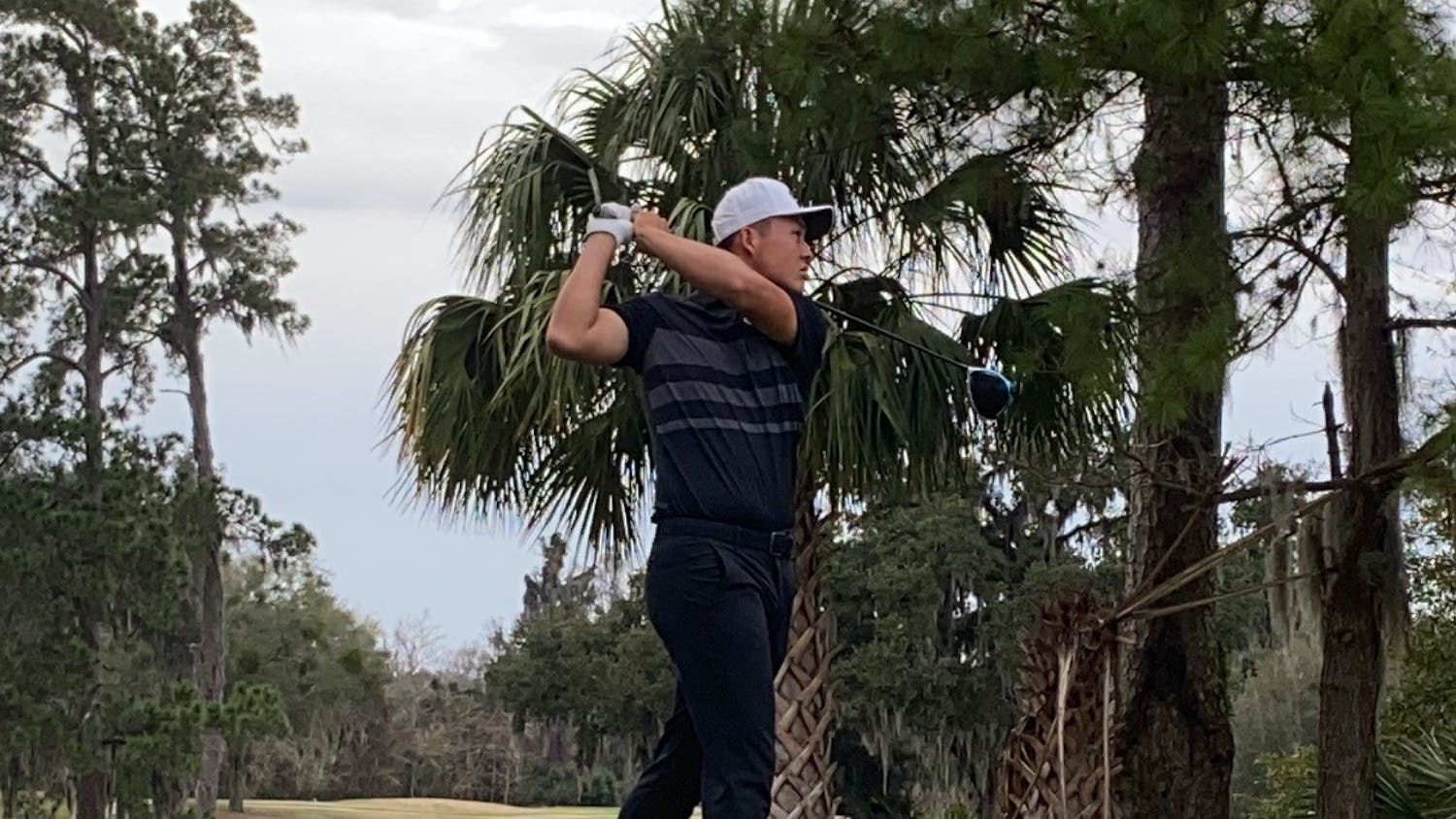 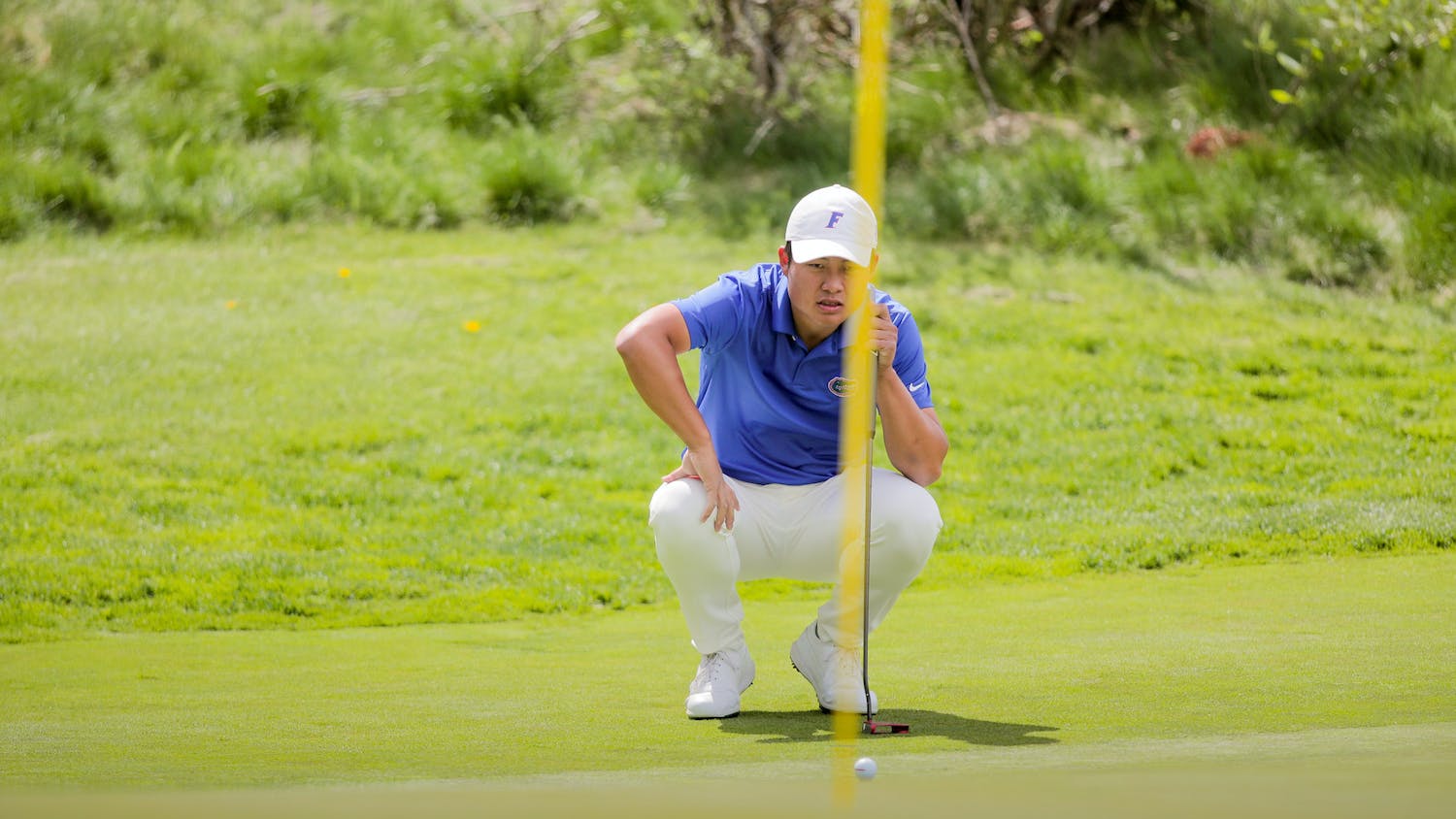