The data revealed the importance of immigrants to the local economy

E. Stanley Richardson stood before about 30 people at City Hall Thursday morning to read his own poetry on humanity, kindness and belonging. He is Alachua County’s first poet laureate, sharing poetry at county events and mentoring aspiring poets.

“For I am human,” Richardson said. “And I consider nothing that is human alien to me.”

Oct. 28 was National Immigrants Day, which was formally recognized by the city through a proclamation by Mayor Lauren Poe. Members of the Gainesville Immigrant Neighbor Inclusion committee also presented data and recent initiatives to improve immigrant relations in the city.

Although not a federal holiday, the U.S. Congress first designated Oct. 28 as National Immigrants Day in 1987. Nearly 14% of the national population immigrated to the U.S. Gainesville also celebrated the holiday in 2020, city spokesperson Shelby Taylor wrote in a text to The Alligator.

Gainesville is home to about 15,000 immigrants, according to the city’s proclamation. It also recognized the barriers that immigrants may face with language accessibility, identification, financial aid, legal status and other issues.

“Today is about acknowledging our responsibility to make sure that everyone is able and has the resources they need to take full advantage of what our city offers,” Poe said. “Everything that’s happened up to this day allows us to understand better how we need to move forward.”

Assistant City Manager Deborah Bowie and Research Fellow for the City Manager’s office Sophia Corugedo also spoke about data from a report on immigration data in the city. The data was supported by 2020 grants from the organizations New American Economy and Welcoming America, which both work on immigration policies.

Robin Lewey, a 61-year-old Gainesville resident and first-generation American, worked with the Gainesville Immigrant Neighbor Inclusion committee, where she was involved with applying for the grants in 2020. Now, she and the committee are creating policy proposals for Gainesville and Alachua County to be released in March, which will work toward inclusion and safety of immigrants.

“We’re spending over a year getting hundreds of voices to the table on this,” Lewey said. “I think that we are expecting nothing less in change.”

City Commissioner David Arreola, whose parents are immigrants from Mexico, said Thursday’s celebration was a huge milestone for the city. He said his father wanted him to help immigrants when he was elected into office, which is now something he gets to do.

“To be here today, to see this, and really to think about where we were just a few years ago, it’s just really humbling and very emotional,” he said.

The data in the report wasn’t surprising, he said, because he’s been aware of Gainesville’s diverse population and the value that immigrants bring to the city. However, more work needs to be done to support Gainesville’s immigrant population, such as creating an office for immigration and making sure the city’s work includes the county. 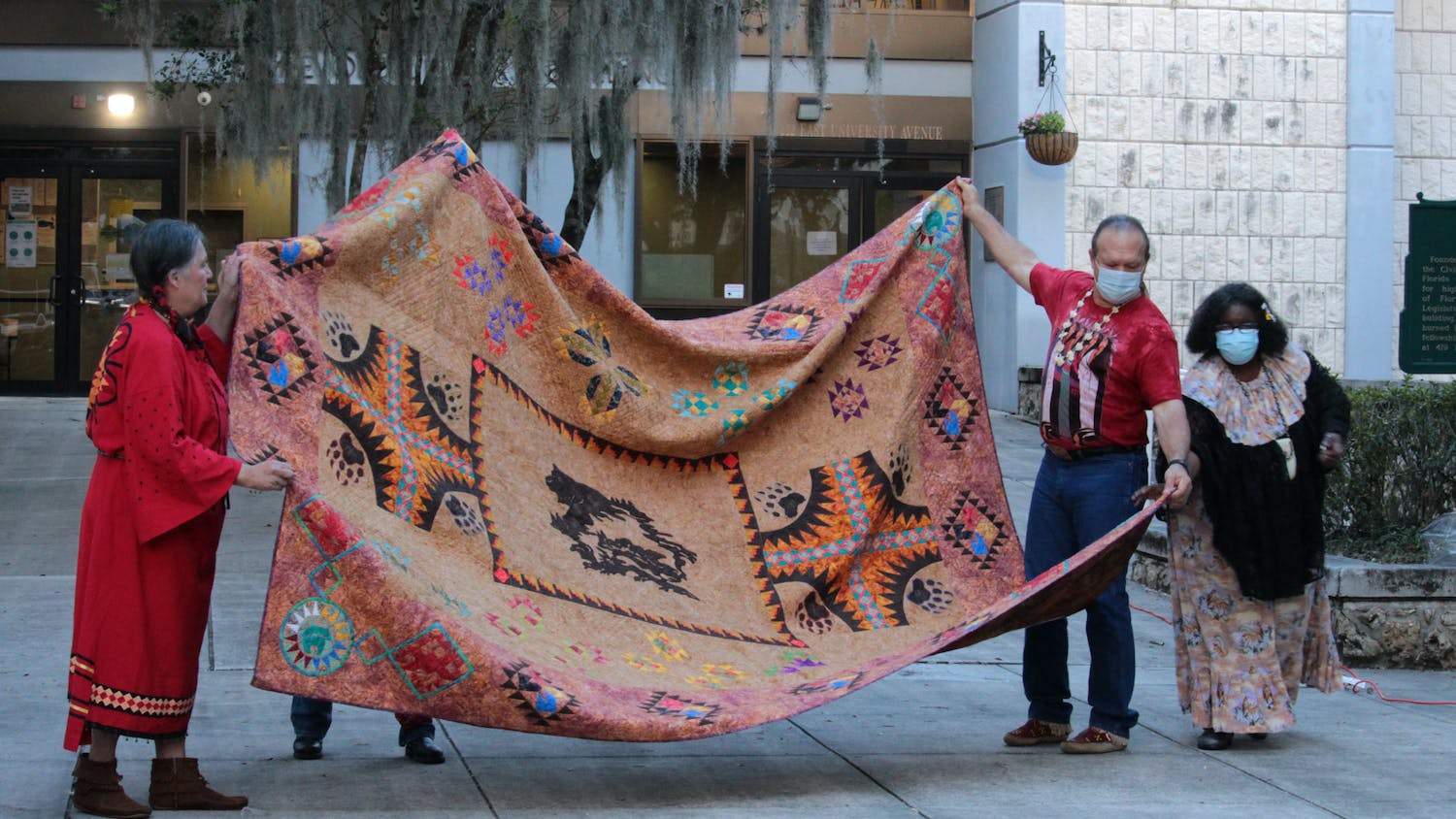