Some employees’ collective bargaining agreements may change to accommodate these recommendations

In a campus-wide email Tuesday, UF President Kent Fuchs announced he accepted the Task Force on Outside Activities’ policy and process recommendations. The announcement followed the task force’s review of the university’s conflict-of-interest policies.

The task force’s final report recommendations stated UF could still deny testimony if it thought professors were engaging in too many outside activities that restrict them from duties at UF.

The seven-member task force was instructed to address the issues of UF faculty and staff serving as expert witnesses. This came after the school received backlash for limiting several professors from testifying against the state and revelations that its Board of Trustees have close political ties to Gov. Ron DeSantis.

Fuchs had asked the task to provide preliminary recommendations by Nov. 29. However, it passed the final report to Fuchs exactly one week ahead of the deadline.

Some of the professors involved in a lawsuit against UF over the scandal said the recommendations are not enough. They argue the changes still preserve the university’s right to deny requests that pose a conflict of commitment.

“We are disappointed but not surprised that a task force created as a public relations tool has returned with window-dressing recommendations,” read a statement from David O’Neil and Paul Donnelly, lawyers representing six UF professors suing the school.

The statement read that the proposed changes to the policy failed to resolve the constitutional problem with UF’s conflicts-of-interest policy, only addressing the narrow issue of expert testimony.

“We will continue to press the University to make the real change that the Constitution requires,” the statement read.

In a letter sent to Fuchs Nov. 12, three UF professors also pointed out that two of the task force members, Laura Rosenbury and Terra DuBois, have been involved in maintaining the same conflicts-of-interest policies that prevented the professors from speaking as experts.

In Tuesday’s email, Fuchs wrote he had accepted the recommendations and has asked the appropriate offices to begin implementing them within UF’s conflicts-of-interest policies. He would consider the task force’s improvements to the university’s approval process of outside activity requests for expert witness testimony.

Fuchs also wrote that in order to implement these changes, some employees’ collective bargaining agreements may need to be modified.

The five-page final report listed a total of seven policy recommendations in the report. It stated that UF’s policy needs to affirm the academic freedom of faculty and their First Amendment right to free speech on matters of public concern. It specifically singled out cases that challenge the constitutionality, legality or application of a Florida law.

It also recommends that UF should clarify how such public comments, including those to the media, are considered outside activities when made by faculty and staff as individual citizens. The list also asks if a professor’s request is denied, the university should provide a written explanation with evidence as to how it is a conflict of interest.

As for the process recommendations, the task force recommends the university create a Provost’s Advisory Committee to increase transparency in the decision-making process and to include faculty perspectives.

The proposed committee, consisting of both faculty and UF administrators, would review employees’ potential denied requests to serve as expert witnesses in litigation when the state is involved. It would also review other proposed denials. After a review, it would provide a documented recommendation to the provost who will make the final decision.

Faculty members will be nominated to join the committee by the Faculty Senate and appointed by the Provost serving three-year terms. Administrators will be chosen by Fuchs and will serve as long as they remain UF administrators.

The report also recommends the implementation of an appeal process for all denial requests relating to outside activities and to revise the operating procedures of the Conflict of Interest Program office. 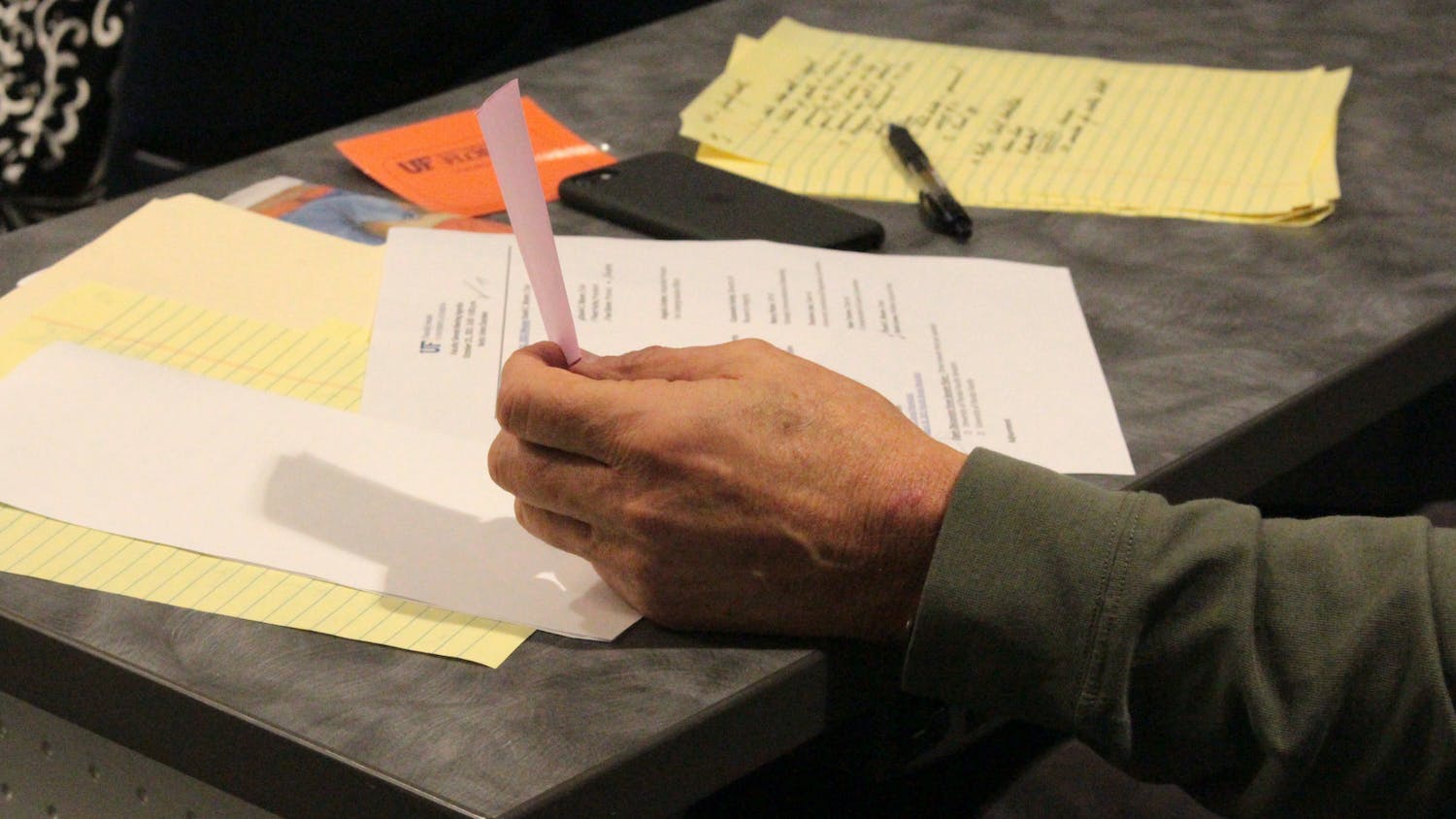