The worldwide phenomenon of “Squid Game” has made its way to Gainesville.

About 117 UF students played the games, modeled after the South Korean show streamed on Netflix, on Nov. 6 as part of the university’s Gator Humans versus Zombies club. The students also peppered in zombie tag and Nerf guns.

The show has become the most streamed Netflix series in history since its launch Sept. 17, according to the company. The show follows 456 debt-ridden contestants who compete against one another in children’s games to win 45.6 billion South Korean won, which is about $38.6 million.

The catch with “Squid Game” is that contestants play to the death; once eliminated, players are shot by masked moderators dressed in pink uniforms or succumb to a gruesome death at the hands of the game.

However, the club welcomed the players to participate in the six rounds of games safely without the show’s macabre elimination of players, said UF computer engineering third year and club president Gabe Turmail.

“Our games are very unique events,” Turmail said. “It’s not something you would generally see.”

Zoe Nevins, a 20-year-old media UF production management and technology junior, said the games are a result of the show’s hype, or popularity amongst college-aged students. As vice president, she hopes the event would attract more students to the club.

As students passed Turlington Hall at UF, club members disguised as moderators in pink uniforms and masks silently handed out business cards labeled with an ambiguous logo: a circle, a triangle and a square. The cards were designed to imitate invitations presented in the show, she said.

“Some students got really excited or quizzical, and some of them didn’t connect the part about the adaptations we’re making,” Nevins said.

The club routinely hosts zombie tag games, where players try to tag “humans” to convert them into “zombies.”

Humans defend themselves with Nerf guns to temporarily stun zombies, she said. As the zombie side grows, the human side diminishes until the last human stands.

To allow students to continue playing after elimination, the club incorporated elements of zombie tag in the game. Losing contestants became zombies, and players defended themselves from being tagged while completing the round, she said.

The games were held at various locations across campus, including the Reitz Union North Lawn, the Tolbert Hall area and the Murphree Hall courtyard, Nevins said.

Participants were required to present a negative COVID-19 test or a vaccination card before attending a rules meeting. The event was broken down into three missions — each consisting of two games — with a 30-minute break in between each mission, he said.

Popular childhood game, “Red Light, Green Light” was the first game pulled directly from the show, Turmail said. When a moderator calls “green light,” players move toward the finish line. When “red light” is called, players must stop moving without getting caught, he added.

While some games were recreated without many changes, like tug-of-war and marbles, others were modified to be more practical. Instead of cutting a shape from a cookie with a needle, as done in the show, players cut out shapes from a sheet of paper with a wooden skewer, he said.

To play “Squid,” a traditional Korean game, the two finalists wrestle inside of a squid-shaped arena. The club altered the game, requiring each finalist to fight off zombies with Nerf guns until one player remained, he said.

The event became a way to explore campus and make new friends.

“There are no better friends than the ones forged in battle,” Turmail said.

He also said he appreciates the way the club evokes a sense of nostalgia in students.

“Our games bring people together because the Nerf element really hearkens back to a lot of college students’ childhoods,” he said. “It’s an opportunity to go out and relive some of your childhood memories.”

Julie Ha, a UF sociology second year student, said teamwork-based tasks also gave her the opportunity to meet new people and create friendships outside of the club. Participating in the games took her back to her younger years, she added.

“Today really reminded me of field day from elementary school,” she said. “I think we, as adults, need to play tag more often.”

Jenny Rogers is a contributing writer for The Alligator. 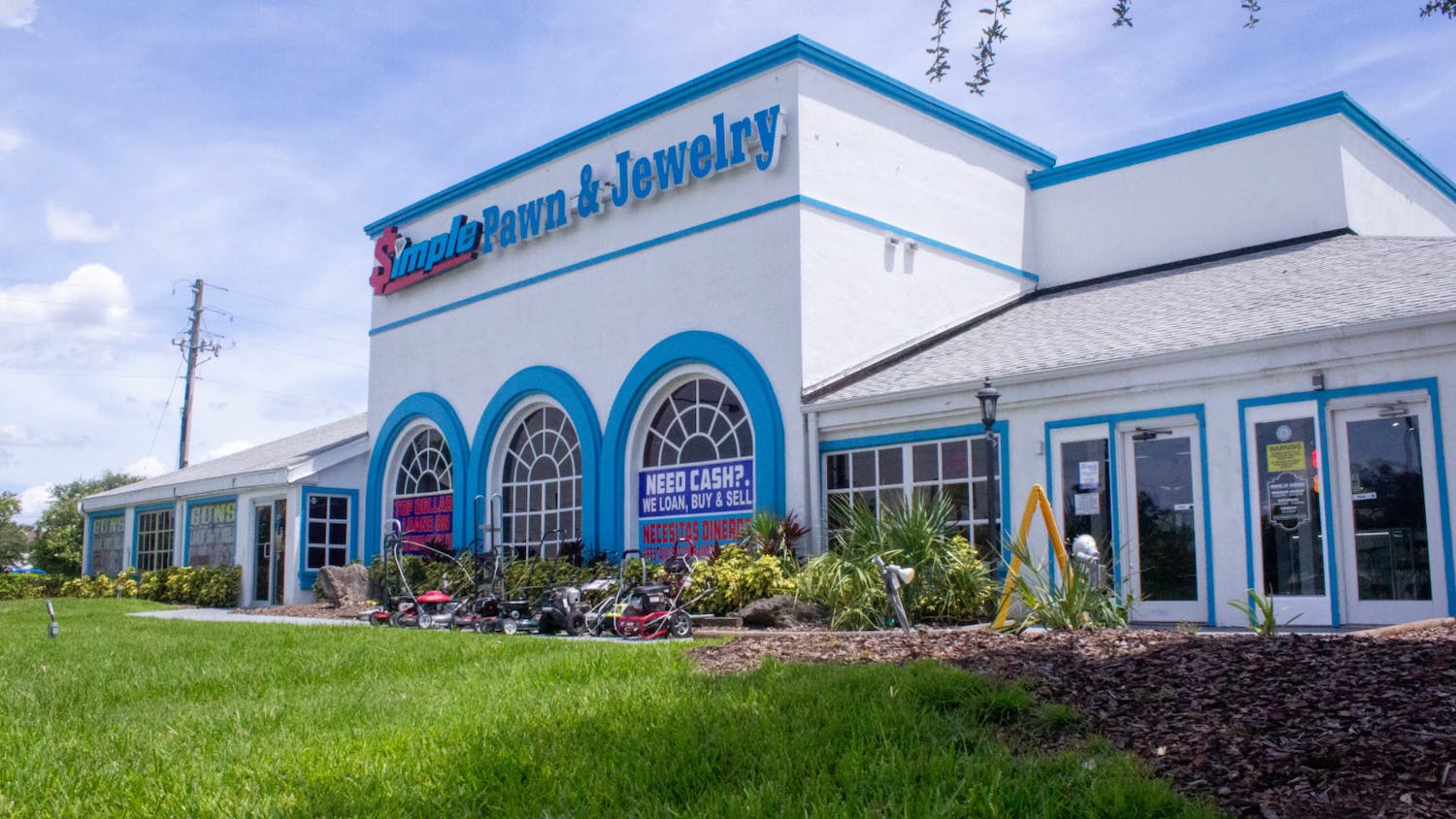