The viruses were discovered in Haiti but could be worldwide

His studies reveal a global outbreak like COVID-19 can happen through further mutation of viruses as they continue to spread between people and animals. Lednicky said funding is needed to study mutations in animals to prevent other epidemics.

Lednicky is a research professor in the Department of Environmental and Global Health and Emerging Pathogens Institute. His focuses include respiratory viruses, especially animal and human influenza viruses and coronaviruses. In 2014, he worked on the identification of chikungunya and other mosquito-borne viruses affecting Haitian children in 2014 during the virus outbreak.

During Lednicky and his team’s work, the researchers noted not all the children in their studies had mosquito-borne illnesses like dengue or chikungunya fevers; rather, they had other types of illnesses. Among the different viruses identified in the children, they detected coronaviruses that came from pigs in three children. Until the sequencing was performed in their work, the porcine delta coronaviruses hadn’t been fully documented in people until now.

The virus is similar to pig coronaviruses found in the US and China. Thus, David Ostrov, an associate professor in the College of Medicine, hypothesized pigs from China came to the US and those in the US went to Haiti. It seems both mutated in the same place to help the virus infect cells, enabling it to jump from pigs to people.

Ostrov said the pig virus probably won’t result in an epidemic. It was only found in three children, so it doesn’t seem highly transmissible.

“However, there’s a lesson here,” Ostrov said. “Viruses can jump from animals to humans, and it happens all the time.”

Sure enough, it wasn’t the first time a virus from an animal was discovered.

Another virus Lednicky found was a canine coronavirus, a known pathogen of dogs, that caused mild illnesses in six people. The complete DNA sequence of the virus in one of the infected people was obtained in June 2020, confirming its identity. While the sequence of one canine virus was determined, the virus was present in five other samples, resulting in six total people who had the virus.

The other type was a porcine (pig) coronavirus, which was found in three people with mild illnesses. Complete DNA sequences for the viruses acquired from the three people were obtained from Sept. 27, 2020, to Jan. 2, 2021, confirming their identities.

In May, Duke University scientists detected a coronavirus in children at a Malaysian hospital that likely emerged in dogs before spreading to people. It was 99.4% identical to one Lednicky found in people in Haiti in 2017, which scientists suggest could be a new human virus and likely the eighth coronavirus known to infect people.

Malaysia was especially impacted by the canine virus because in predominantly Muslim countries, dogs are considered dirty animals and rarely kept as pets, Lednicky speculated. Less exposure to dogs leads to lower immunity to canine coronaviruses. That could explain why the virus wasn’t widespread in the U.S., where dogs are popular pets, making people more immune.

Lednicky said the canine virus could still be spreading but under the radar, as many Americans likely also have partial immunity from COVID-19. But because the virus wasn’t widespread in the U.S. and samples must be sent to a research lab, doctors couldn’t diagnose it.

Lednicky suspected the virus he found in Haiti spread from people, not dogs. That’s because the people he discovered the virus in were medical workers, and they likely knew better than to approach stray animals.

While the findings seemed alarming, researchers had no evidence the virus could spread among people or was widespread around the world.

The virus can infect the respiratory tract, so it’s potentially able to spread like COVID-19, Massimiliano Tagliamonte, a postdoctoral assistant associate in the College of Medicine, said. Most likely, the virus occasionally transmits to people but is unlikely to produce widespread outbreaks, as it’s adapted to spread in dogs.

“The more we look into it, the more we find these occasional outbreaks,” Tagliamonte said. “It’s worrying.”

Coronaviruses tend to recombine, Tagliamonte said. This means if a cell gets infected by two viruses at the same time, genes from both viruses can combine and form a new virus with unknown characteristics.

“Chances are that by pure random chance, one of these viruses is good enough at replicating in the human population,” Tagliamonte said. “Then you get an epidemic, which can spread worldwide.”

Lednicky believes the virus is around the world. Those who’ve been around dogs often might’ve been infected or developed immunity to it after exposure to a similar virus, he said.

Scientists think medical workers should start looking for the virus in patients. By detecting it early, researchers have time to study it, find ways to diagnose it and learn how to prevent and treat it.

“We have to stay on top of this,” Lednicky said. “And there are many more of these. It’s not just this one.”

Funding research, however, isn’t easy, Lednicky said. Because of limited money, agencies say they’ll only fund research during big outbreaks in the US, even if a virus has already been found. 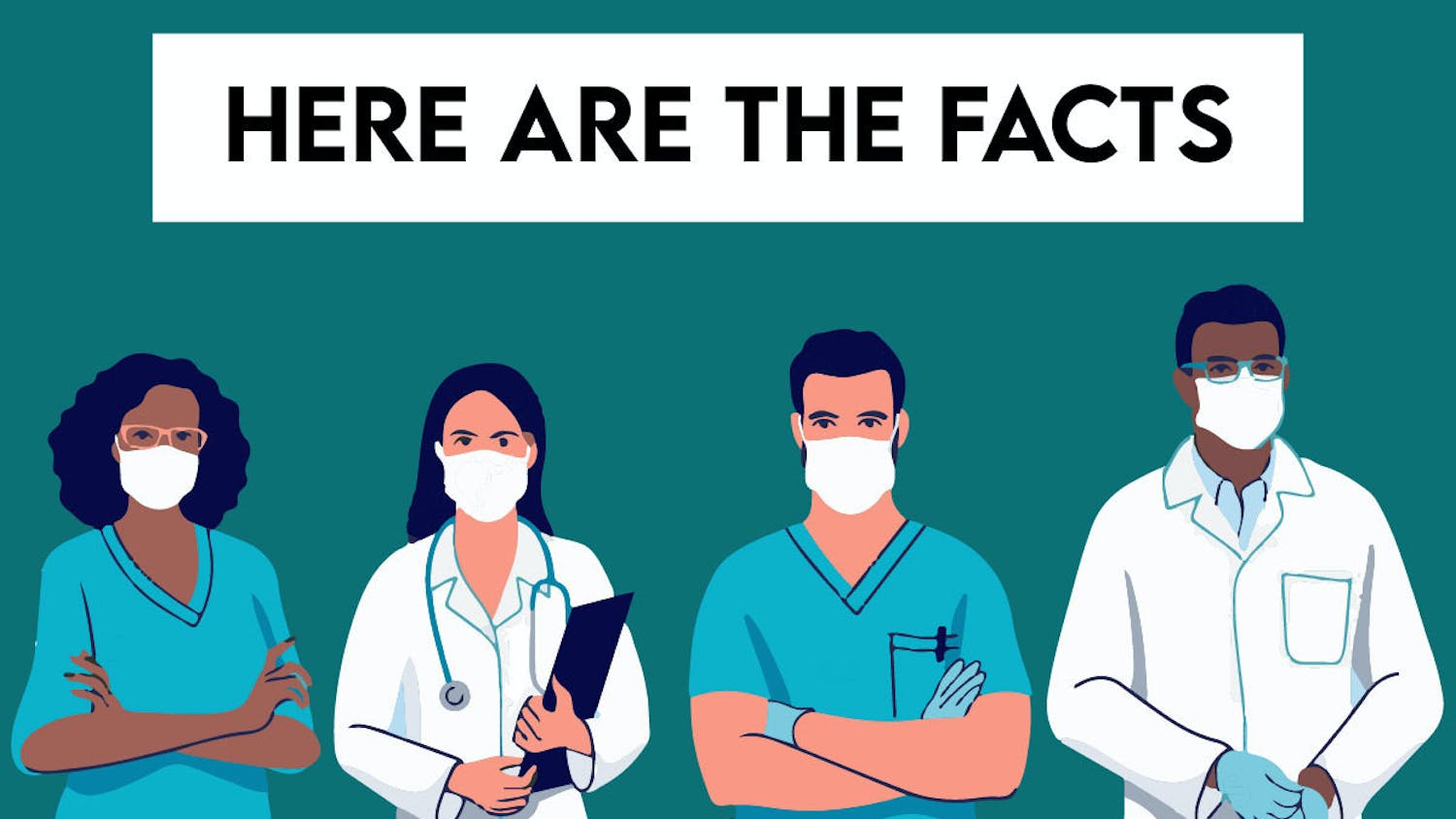 As vaccine hesitancy continues, UF Health experts engage with skeptics, give the facts