Fans in the O’Connell Center stood tall with match point underway. Florida A&M had already extended the third set by two, and Rattlers’ outside hitter Emerald Jacobs served the ball across the net.

On their second possession in the rally, Florida outside hitter Thayer Hall swiftly hit the ball up in the air before outside hitter Sofia Victoria slammed down the match-ending kill, her 13th on the night.

The No. 21 Florida Gators volleyball team swept Florida A&M Thursday night in the O’Dome (25-11, 25-14, 25-8). Not only did the Gators advance to the second round of the NCAA tournament, but head coach Mary Wise claimed her 1,000th overall career win, the first female Division I head coach to hit the astounding milestone.

“Trying to get to 1,001,” Wise said about the achievement. “What it is a reflection of how fortunate, especially in collegiate athletics today, that I could be at the same school for that long working with phenomenal staff and terrific talents year in and year out.”

With star outside hitter T’ara Ceasar absent for the tournament, Victoria, outside hitter Thayer Hall and middle blocker Bre Kelley stepped up to the plate. Victoria recorded a .333 hitting percentage with her 13 kills, Hall hit .556 with 11 kills and Kelley boasted .625 with six kills.

“Sofia, especially, has done such a good job taking on a bigger role,” Wise said. “She’s a very talented player, and I think it’s a combination of everyone doing their job and helping our young players in their first tournament.”

Florida’s underclassmen paved the way for the Gators in the opening set. Outside hitter Merritt Beason registered two kills and an ace to start, along with two kills from Kelley and one by Victoria at 6-3.

Three Florida A&M attack errors kept the Gators ahead. Even with a Rattlers timeout at 12-5, the Gators trio of Victoria, Beason and Kelley couldn’t be stopped. Victoria dished out three more kills, with Beason and Kelley adding one to their kill counts, now 20-8. Hall got into the mix, recording two kills of her own to edge up Florida even more. A Beason killed sealed the first set for Florida, 25-11.

The Rattlers slithered their way to an early second set lead with a kill by outside hitter Dominique Washington and two Gators attack errors at 3-1. Florida got back into its groove, punching in five straight points with two Hall kills, a kill from setter Marlie Monserez and a Beason ace, now 7-4.

Florida A&M quickly caught up on a three-point run. The two teams kept an even pace, taking turns tying the set. This wouldn’t last long, as the Gators accelerated ahead with one kill each from Victoria and Beason on top of three Rattlers’ attack errors at 15-10.

Hall hammered down three kills to keep the Gators far from the Rattlers’ reach. Middle blocker Lauren Forte and Victoria slammed down two kills of their own before a Hall ace ended the second set, 25-14 Florida.

At match point, the Rattlers’ weren’t quite ready to call it quits. A Gators attack error and a Washington kill extended the set before Victoria shot in the match-ending kill at 25-8, cementing Wise’s slice of history. The Florida bench swarmed onto the court in cheers with fans in the O’Dome waving their hands and jumping in the stands.

“I think everyone went out there, did our job,” Monserez said. “Started off a little shaky, everything comes with nerves, but I think we really pulled it together and played as a team.”

Florida is back in the O’Dome Friday at 7 p.m. to take on Miami to see which team will advance to the third round.

Final Fight: No. 20 Florida travels for double header against No. 8 Kentucky 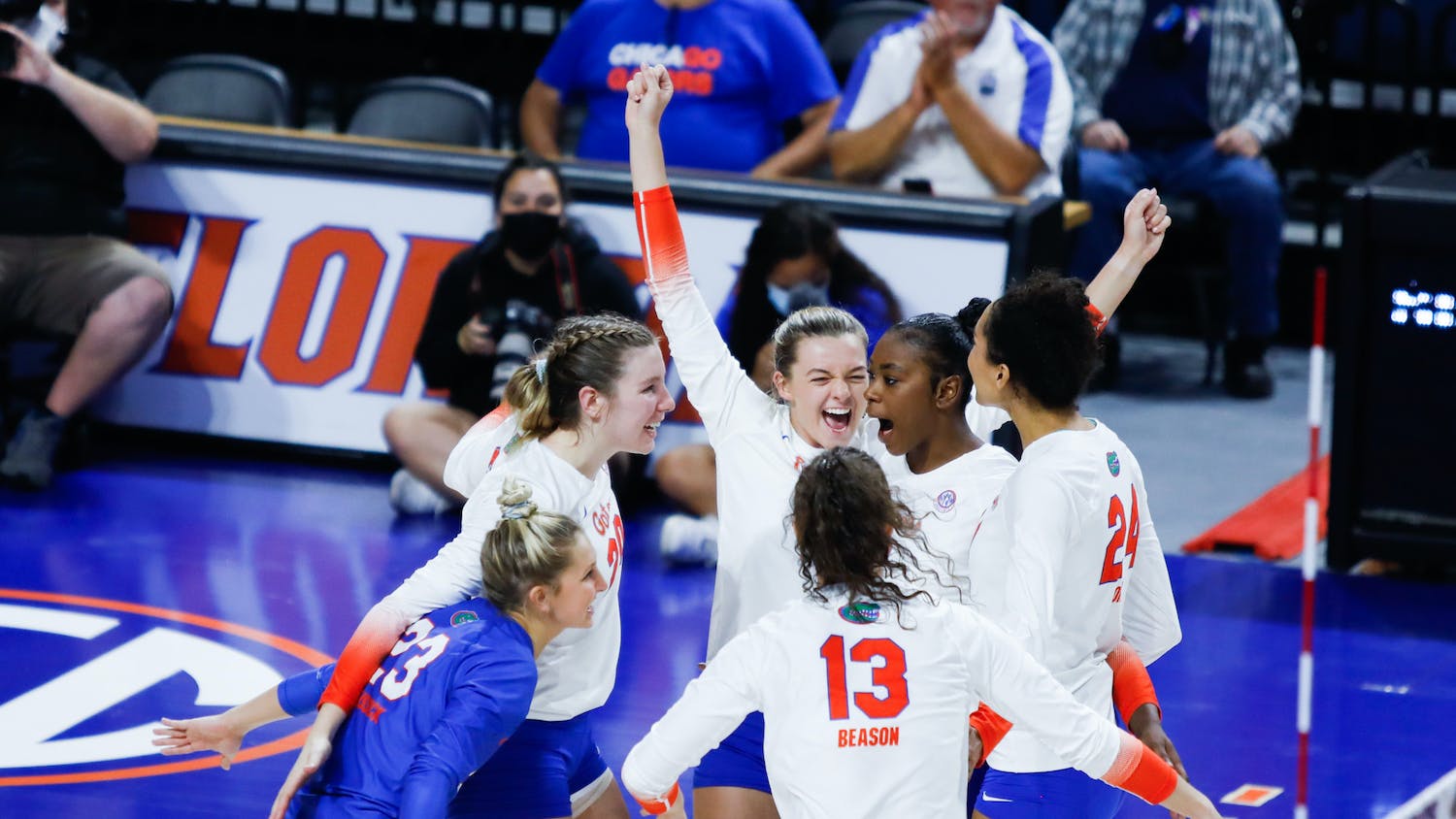