The Gators have struggled as of late after a strong start to the 2021-22 season.

The Gators opened the season in early November at seventh in the SEC media poll and were unranked amongst the nation according to the Associated Press.

Three weeks later, they were an undefeated, top-25 team with a ranked victory over bitter rivals Florida State. The statement win against the Seminoles was the first under Florida head coach Mike White, snapping a seven-game losing streak to the across-state foes. UF forced 17 turnovers in the game with the help of a monstrous six-block performance from senior Colin Castleton.

Fast forward three more weeks, and they’re out of the AP poll — winless in conference play and 3-5 over their last eight games. Those five losses include the likes of Maryland, Texas Southern and Oklahoma.

This situation has left many of the UF faithful wondering: How did this happen?

This inconsistency isn't as unexpected as it looks. It goes back to the Nov. 24 matchup against Ohio State, in the midst of Florida’s six-game winning streak to begin the season. The championship game of the Fort Myers Tip-Off was destined for overtime as the scoreboard became knotted at 68. Senior Tyree Appleby took one dribble past the mid-court before heaving a prayer towards the rim. His shot miraculously dropped through the net — deciding the game by the slimmest margin available in basketball.

The Gators emerged victorious, but that doesn’t mean they put themselves into a winning position. Florida shot a meager 1-9 from behind the arc in the first half and found itself trailing by four after 20 minutes, but pulled back after shooting 60% from range in the second.

Alongside a sloppy 4:3 assist-turnover ratio for the season, these don’t signal any sort of sustainable success, and these small irregularities in wins quickly became reasons for losses.

These inconsistencies finally became decisive in Florida’s first true road test of the season against Oklahoma, as UF shot 16.7% from three in the game. Unlike the matchup versus the Buckeyes, Florida couldn't turn things around in time for a last-second victory. The Gators were defeated 74-67 in Norman, Oklahoma, after going scoreless in the last 1:58. Florida accumulated 16 turnovers, which the Sooners’ capitalized on to create 19 free points for their squad.

When the Gators returned home to face at-the-time winless Texas Southern, their season reached its lowest point yet. Florida, again shooting under 25% from deep, while allowing 32 bench points, and 42 points in the paint. The Gators fell by 14 to the Tigers in what many considered to be a bye game for UF. Perhaps this can be chalked up to fatigue, as it was the Gators’ fourth game in 12 days. Regardless, that sort of performance is a tough pill to swallow for a team that was undefeated less than two weeks prior.

Florida was improving marginally, but is still working through crushing defeats. Despite shooting 38% from the field and reducing the turnover count to 12, it wasn’t enough, as the red-hot ‘Terps shot 60% from three in the contest and came out on top with a last second bucket from junior forward Donta Scott.

Florida would rack up two more wins after being sent packing from the Barclays Center in Brooklyn, New York and entered the holiday break mostly uncertain about its chances in conference play. It didn’t help that the first scheduled game of the new year against Ole Miss, which would have been an appreciated ramp-up for a competitive SEC, was postponed due to health and safety protocols.

Florida’s matinee SEC competition was now against the reigning conference champions, the Alabama Crimson Tide. As one might expect, the Gators’ lingering issues from December were apparent in the face of elevated competition. A season-high 20twenty turnovers, accompanied by 19 points each from ‘Bama’s Jahvon Quinerly and Juwan Gary, resulted in a 13 point loss at home for UF.

This leads Florida to its most recent defeat at the hands of Auburn on Saturday. The Gators were unable to take control of the game at any point, their largest lead of three coming just two minutes into the game.

UF turned the ball over 12 times, an improvement after an abysmal performance the previous game, but not enough to surpass the bare minimum needed to topple the No. 9 ranked Tigers. Auburn was firing on all cylinders, with a total shot percentage of 57% and 14 fast-break points. Florida’s helplessness in the game is best surmised by Auburn guard Wendell Green Jr. stepping back and cashing in from 30+ feet over a 6’11” Castleton to put the Tigers up 11 as halftime neared.

With another dangerous SEC matchup against top-25 ranked Louisiana State on the horizon Wednesday, Florida is in a very troubling position. On the bright side, the formula for turning the season around is laid out plainly for the Gators:

“Turnovers are something that’s kind of been our kryptonite,” senior Anthony Duruji said after the loss to AU. “We have to keep on making simple plays and reads, keep them from scoring in transition, and just be solid.”

Not everything is in need of improvement, however. The Gators have been excellent at creating points off turnovers, with 22 compared to Auburn’s 13. That, and totaling 73 points versus one the more stout defensive units in the conference, is no scratch. Auburn ranks eighth in the nation for adjusted defensive efficiency according to the Pomeroy Basketball Rankings, a well-respected and comprehensive database for college basketball.

The Gators conference schedule is daunting, but with 16 games to go in the regular season, there is still a substantial amount of time left before any assessments on their season become concrete.

The Gators face off against Louisiana State in the Stephen C. O’Connell Center January 12 at 7 p.m. 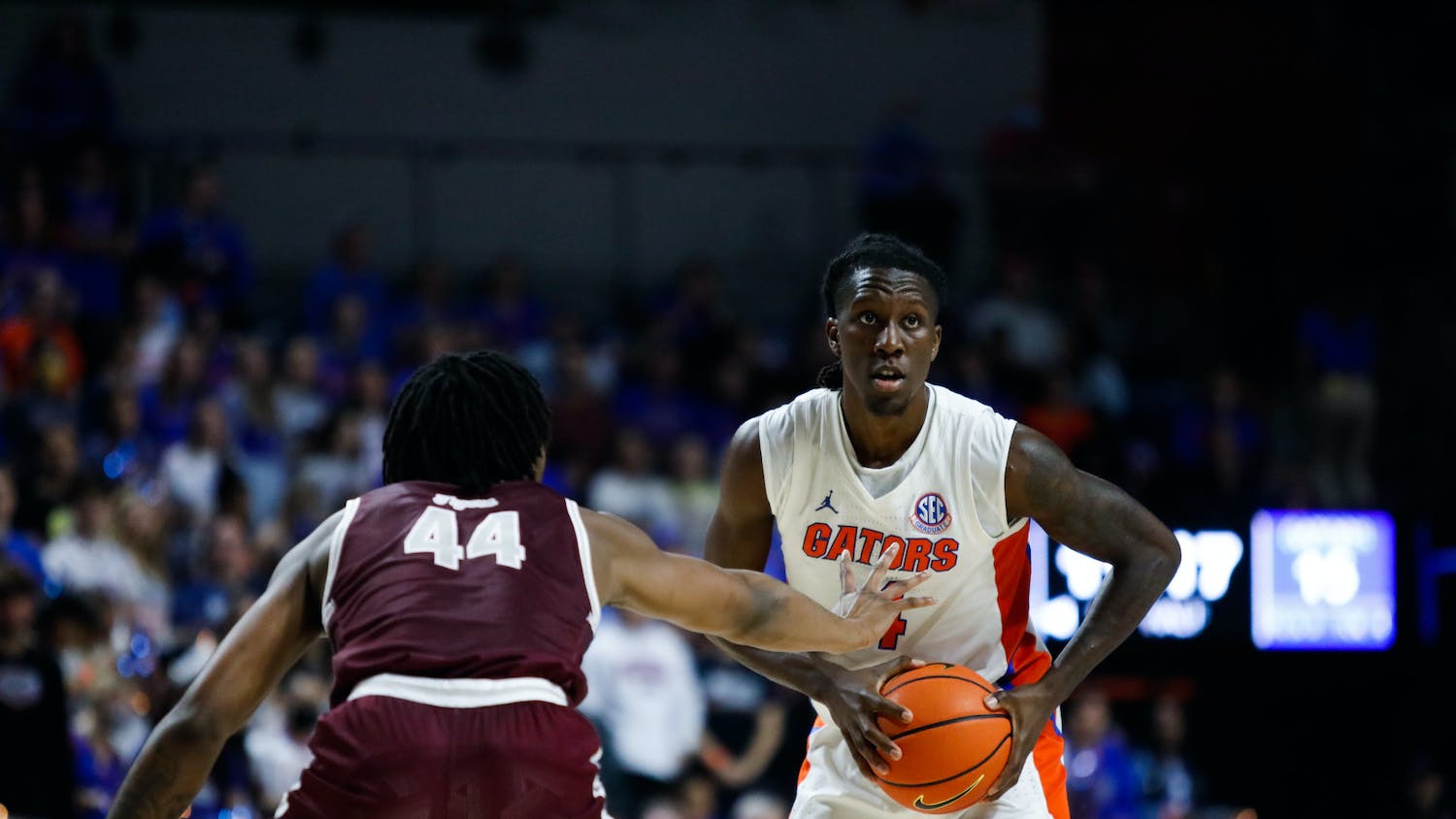 Auburn onslaught too much for Florida