Despite the subfreezing temperatures and blustery weather, over a thousand voters made their way to Gainesville’s two early voting sites throughout the weekend.

For voters casting their vote by mail past the early voting period, the mail-in drop box will be available Jan. 24 and Jan. 25 at the Alachua Supervisor of Elections Office at 515 N. Main St. Suite 100.

“The numbers are increasing voting by mail. It’s so easy, so accessible. Also, they don't have to pay for return postage,” Barton said.

During the second day of early voting, retired city staffer Judi Jackson sat outside the Alachua County Supervisor of Elections Office in 40-degree weather, a broken heater perched next to her, as she made sure those returning their ballots had all the correct information filled out. Jackson will be in charge of verifying IDs on the actual election date.

“I work every election doing different things,” 62-year-old Jackson said. “We just make sure that they sign them on the back and that they're sealed.”

The two election candidates originally campaigned for the position alongside Scherwin Henry, Patrick Ingle and Gabe Kaimowitz in November to fill the vacancy left by Gail Johnson’s resignation. However, a runoff election became necessary when no candidate received more than 50% of the vote.

The first special election had more than 11,000 voters and ended with Chestnut at a 560 lead over Howland.

After the election, Howland and Chestnut jumped into action by knocking on doors and learning more about the people in their community.

Howland believes his policy positions are in alignment with the city’s needs and have remained consistent.

“I've maintained the same policy positions since Sept. 7, when I filed. I have not changed my position. I have not pandered, I have not flipped on a single position,” he said.

He attributes the $17,682.48 spent by his campaign on total expenditures and distributions to high wages for his campaign team.

“We’re creating good paying jobs; $20 an hour for these young adults,” he said.

Chestnut reported $19,786 in monetary contributions with $14,633.34 spent in total expenditures and distributions. She said the money was allocated towards print media, television, and radio.

Chestnut believes there is a need for more communication between the citizens of Gainesville and its city commission.

Gainesville resident and voter Byron Flagg believes both candidates possess the potential to fill the seat and execute their jobs well. The 49-year-old loves greeting all the volunteers at the site when he goes in to vote.

“I love my city. I love my community. If you love your community and your city, and you want to have a say in how it's run and how it grows, you have to vote,” Flagg said.

Chestnut and Howland will both be watching the polls Tuesday night in anticipation of the election results. 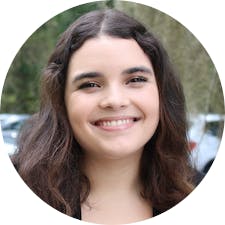