The eccentric artist made her debut live show at the High Dive Jan. 26

Grace Lamerson is bringing a different sound to Gainesville.

“We’re pop people, and this is more of an indie, guitar scene,” Rodriguez said.

The 22-year-old producer brought the experimental and hyperpop sounds to Bambii Lamb’s sound.

Both Lamerson and Rodriguez aimed to put on a unique performance after rehearsing for Bambii Lamb’s debut live show for over a year during the pandemic.

Lamerson takes elements from the theater work to give dramatic performance of her songs at the High Dive show, keeping a somewhat expressive poker face for most of the act. Yet, she did throw herself on the floor during one of the performances.

“As an adult, I don't really have a lot of opportunities to perform,” Lamerson said. “So I feel like [playing live] gives me an excuse to perform.”

When curating the live show setlist, Lamerson made it a point to pick energetic, upbeat tracks.

Her “GWIW” performance riled the quiet crowd into mini-mosh pits. The dark, glitchy, synth-heavy track marked a night highlight after Lamerson asked the audience to jump after the song’s bridge.

The anticipation for the drop kept the audience excited and energetic. Audience members looked at each other while Lamerson whispered the song’s German bridge. Once the awaited drop in the song came, the passive crowd accelerated.

Last month, Bambii Lamb released “tell me where it hurts,” her sophomore EP. The record, produced during the pandemic by Rodriguez, features dreamy ethereal and hard-hitting synth-pop reflecting on Lamerson’s life experiences.

Lamerson embraces an internet-influenced concept of pop music, inspired by artists like Billie Eilish, Lana del Rey and Melanie Martinez. She looked up “Lana del Rey type beats” on YouTube to use backing tracks inspired by the alternative singer.

Bambii Lamb unapologetically embraces a straightforward pop sound, with a variety of influences ranging from hyperpop to 2014 Tumblr.

Working on the EP in 2020 and 2021, Lamerson says that the online influences in her work gained relevance as lockdown moved many things online. The artist’s aesthetic and sound reflect modern online culture.

“For me, if the internet didn’t exist, my aesthetic would not be the same at all,” Lamerson said.

Lamerson’s work portrays a version of femininity that nearly touches on social commentary. In her newest music video for “innocent”, she plays a character based on her personal experiences being seen as a child.

Although people might take her femininity and child-like aesthetic as indications of assumed innocence, she says she’s capable of doing bad things. In the “innocent” music video released in early December, her character commits a fairytale-like murder of a man.

“There was a time where I rejected femininity,” Lamerson said. “And then I was like ‘this is so stupid’ because I realized I just love the color pink.”

Online, Lamerson often faces criticism from people who are confused by her artistic concept. At the show, concertgoers shouted in support.

Her mother, Robin Lamerson, helps her behind the scenes with marketing. She said the show at the High Dive was a showcase of how much her daughter had grown as an artist since she started composing at 14-years-old.

Bambii Lamb will perform opening for Liz Cooper on March 22 at the High Dive and Jhariah at the Wooly on March 24.

Kristine Villarroel is a contributing writer for The Alligator. 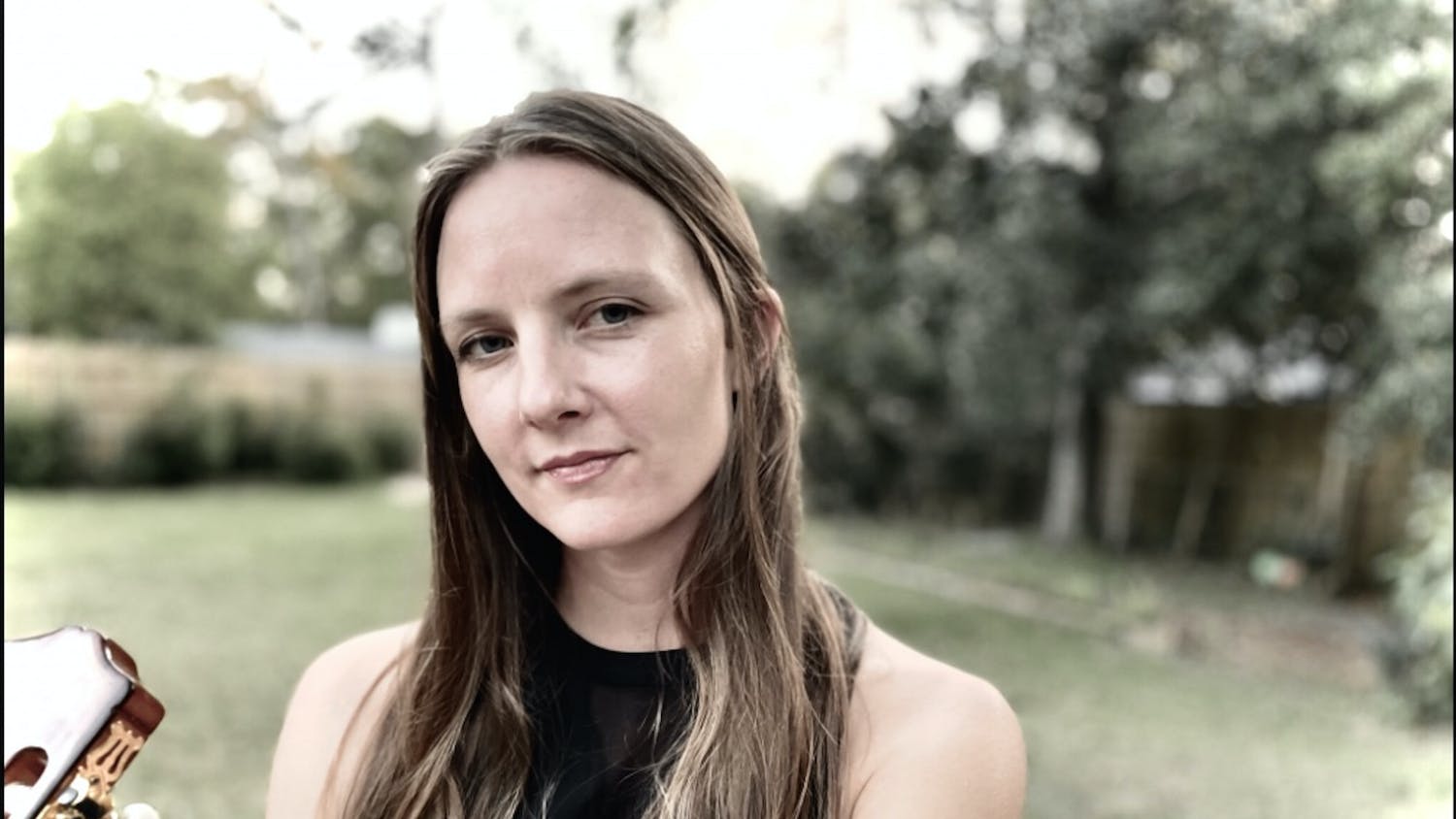