About 130 students marched a mile to protest the bills that would prohibit LGBTQ+ discussion in public schools.

Rey Arcenas knew he was gay since he was 13. For five years he stayed in the closet, afraid. He was afraid his parents would kick him to the curb if he came out. The only person he felt safe around was his 12th grade English teacher, Brittany Leach.

The 19-year old UF history freshman was one of two students who organized the March to Protect Queer Youth on Sunday afternoon. Alongside him was Ren Katz, a 18-year-old UF biology freshman, who uses he/they/xe pronouns.

The UF Young Democratic Socialists of America and Take Action Florida collaborated with Arcenas and Katz to gather 130 students and community members to march from the corner of West University Avenue and 13th Street to Cora Roberson Park.

The 1-mile-march protested the “Don’t Say Gay” companion bills HB1557/SB1834 which passed its first reading in the House on Thursday. The bills would prohibit “discussion about sexual orientation or gender identity in certain grade levels.” These policies could destroy students’ bonds with teachers, like Arcenas’ bond with Leach at Sebring High School.

This clause energized Arcenas to organize against the bill. The clause would allow teachers to inform parents about students’ sexuality without their consent, he said.

“As someone who was closeted in high school, I know that if I were outed, I would not be here today,” Arcenas said.

Katz credits their high school teachers with helping them get through their junior year of high school, when they were outed.

Arcenas and Katz shouted their condemnations at 2 p.m. as cars and pedestrians crossed the West University Avenue and Southwest 13th Street intersection. They carried signs demanding the bill be overturned and advocated for a more inclusive school curriculum.

Organizers hosted a sign-making event Saturday that attracted a group of about 20 people at The Plaza of the Americas.

Some signs read “Limp wrists, Clenched fists” and “Gay the Pray Away.”

Protesters marched along the sidewalk while reciting several call and response chants.

“No homophobes, no KKK, no facist USA,” the crowd chanted.

People on bikes made sure no one was left behind and blocked traffic at the roundabouts that were on the route to ensure safety.

“Queer is loud. Queer is proud”  and “F*** DeSantis,” they shouted as they filled Cora Roberson Park.

The protesters were greeted by different organizations that were tabling. Planned Parenthood gave away free condoms and menstrual products.

A life-size cardboard cutout of Ron DeSantis was also present at the park.

“Ron DeSantis got yassified,” Arcenas said. “Everyone was yassifying him.”

Protesters drew rainbow pride colors on DeSantis’ tie, placed a trans rights pin on him and wrote “GAY RIGHTS!!!” on his chest. Then they decapitated it and threw it in a trashcan.

After Arcenas and Katz finished their speeches, protestors picked up the microphone and spoke against the bill.

Gainesville resident Jane Spear, 77, is a member of Parents, Families and Friends of Lesbians and Gays Gainesville. Legislation such as legalizing gay marriage made strides in the right direction, she said.

Spear blamed the hyperpartisan division in the country for the lack of willingness to learn.

“And then five years ago, with the election of an ultra right conservative administration who did not understand and had no willingness to learn, things began tightening up again,” Spears said.

Arcenas hopes to continue fighting against bills that intend to silence LGBTQ+ identities.

“Queer people are everywhere,” he said. “We're in classrooms; we’re teachers; we’re students; we’re parents. We are everywhere and trying to erase that identity is impossible.”

Correction: This article has been updated to reflect the correct spelling of Rey Arcenas. 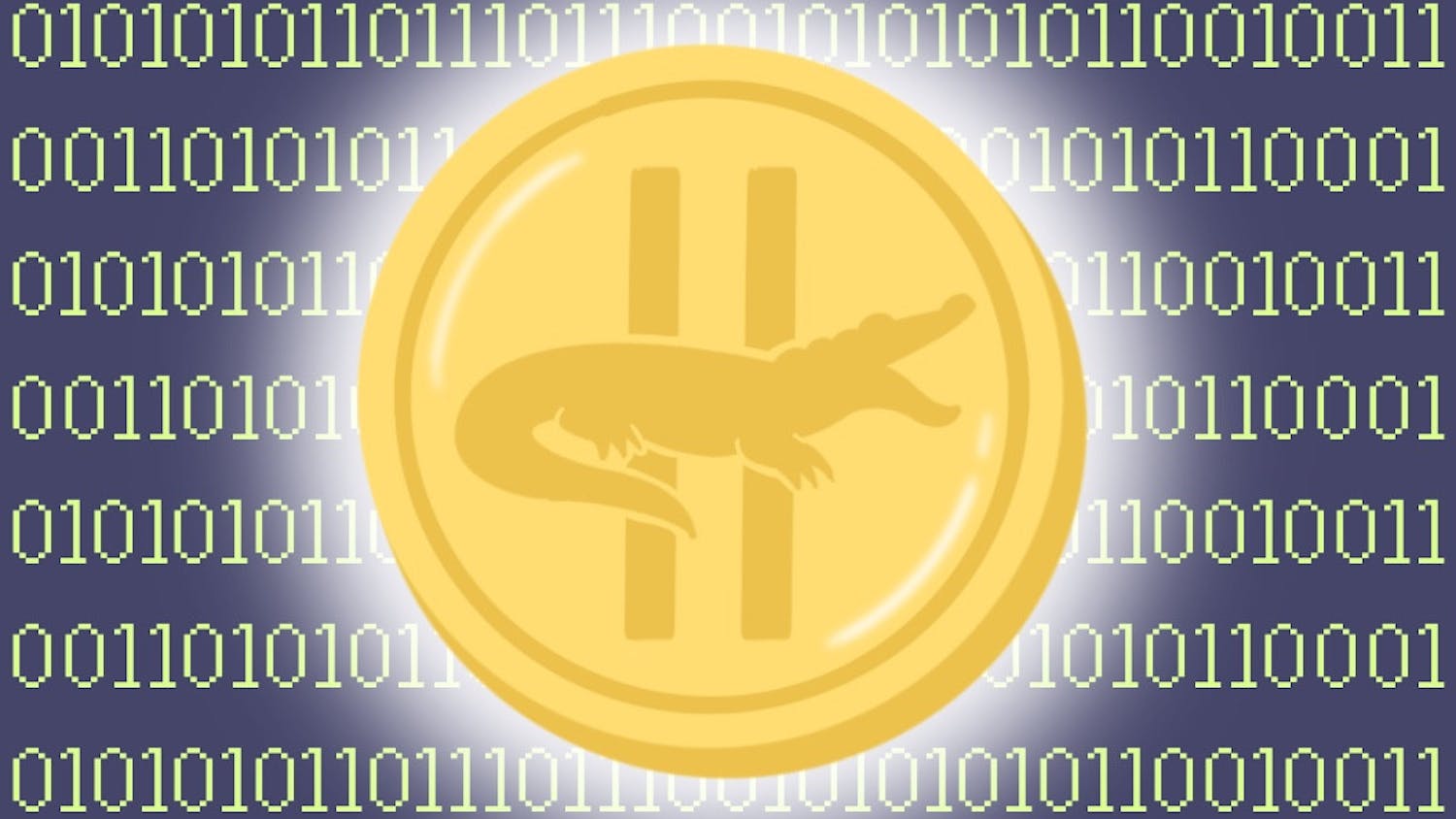 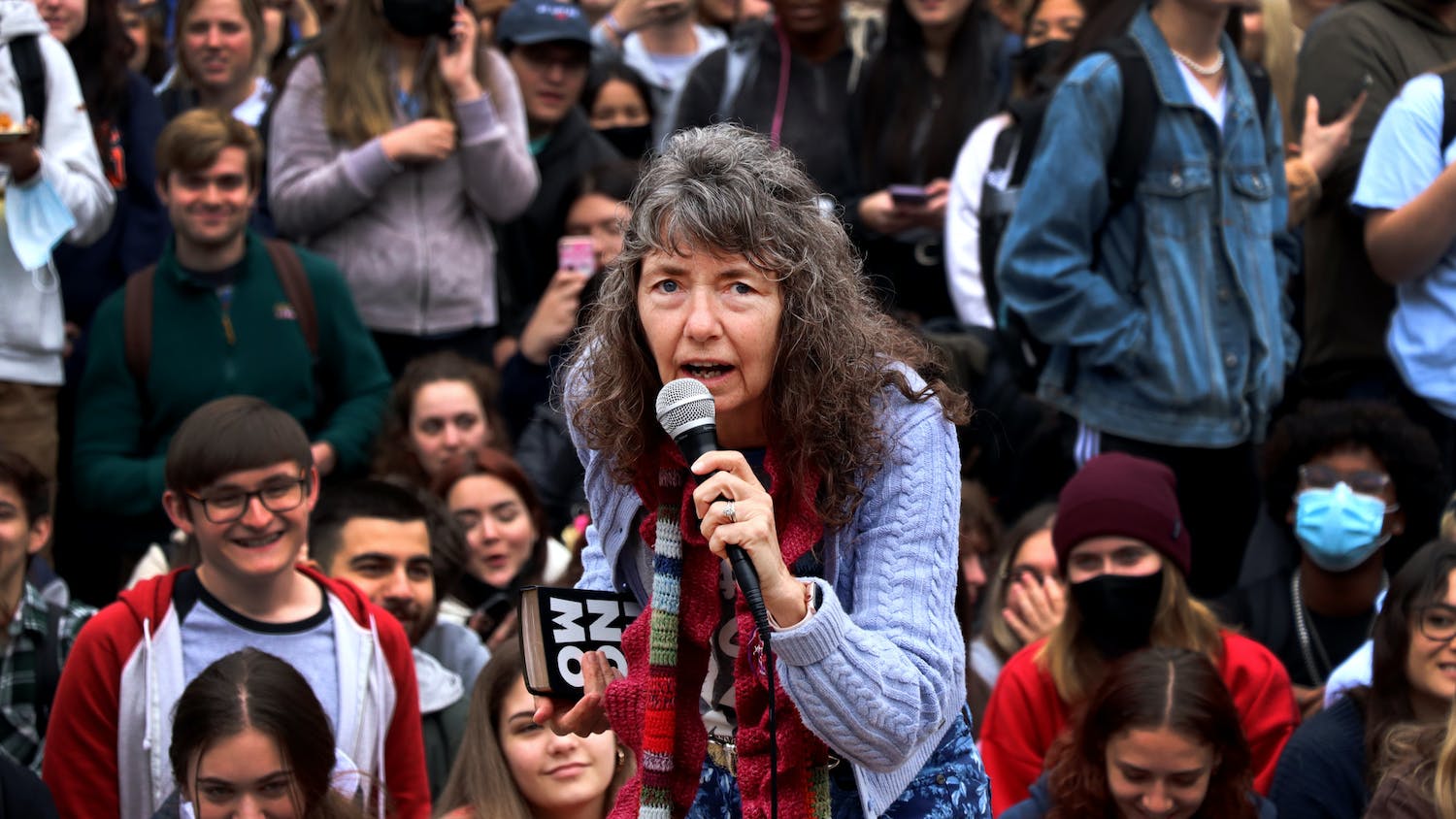