The Mike White era is finished, and the Gators’ long-term future remains uncertain.

Despite the noise of White’s departure lingering, interim coach Al Pinkins had his squad locked in.

“Sunday afternoon was hard, emotional,” Pinkins said. “I met with each one of [the players] afterwards and the next day in practice they came in ready.”

No. 3-seed Florida (20-13, 9-9) defeated the Iona Gaels (25-8, 17-3) 79-74 in the opening round of the NIT. Senior Colin Castleton and graduate transfer Phlandrous Fleming Jr. lead the way scoring 18 points each. Castleton also pulled down 13 rebounds, claiming his 10th double-double of the season.

Out of the gates, Iona forward Dylan van Eyck went on a tear for the game’s opening five points. His teammates would soon join the party, five Gaels recorded a bucket by an 11:18 media timeout. On the other hand, Castleton and Fleming did all of Florida’s scoring till that point, scoring eight and four respectively.

The Gators trailed by seven with 10:24 left in the half. Freshman Kowacie Reeves, fresh off a career-high 29 point performance during Florida’s second-round loss to Texas A&M in the SEC Tournament, sliced into the lane and elevated for an emphatic slam. About two minutes later, he would drain a 3-pointer from the corner.

On the fastbreak, Fleming threw down a dunk of his own, cutting the Gaels lead to six, 29-23, with 4:50 remaining in the half. Two possessions later the graduate transfer hit a jumper and became the first Gator to break into double-figures.

Reeves continued to be Florida’s spark plug throughout the first 20 minutes.

The 6-foot-6-inch guard showed off his vertical, soaring over Iona forward Nelly Joseph Jr. and putting him on a poster. Reeves converted the and-1 from the free-throw line and then cashed in from deep a minute later.

The Macon, Georgia, native who figures to be a locked-in starter for next season put up a team-high 11 points in the opening half.

“[Reeves] is a worker and he’s open to learn everything from us, from coaches, from anybody,” Fleming said. “I’m so proud of who he has become.”

The Gators slowly began to tip momentum in their favor, tying the game at 35 with 1:51 left until the break. Iona then shifted the tide heading into the locker room on an 8-0 run. Gaels guard Walton Clayton Jr. put an exclamation mark on the burst, draining a 3-pointer as the buzzer sounded.

Eyck didn’t miss in the first half, shooting 5-5 from the floor and 3-3 from downtown. The graduate student's only blunder came from the charity stripe, but nevertheless he had a game-high 14 points at halftime and his Gaels lead 42-35.

Florida hung around in the early minutes of the second half as Iona head coach Rick Pitino ramped up the defensive intensity.

Outside of two 3-pointers, one from Reeves and the other from guard Tyree Appleby, the Gators began doing their damage inside. UF scored eight of its first 14 points inside the paint.

Turnovers began to plague the Gators. Less than halfway through the second period Florida had coughed up the ball four times, it only committed five turnovers the whole opening half. At the 10:49 mark media timeout, with the Gaels leading 58-52, forward Niels Lane was the only Gator to have more than a single make in the second half.

The sophomore, who like Reeves burst onto the scene with a career-high scoring day last Thursday, quickly brought his half total to six points with a smooth jumper. That shot, and a Castleton flush, would be a part of a 6-0 run by the Gators to knot the score at 58 with 9:40 on the clock, forcing Pitino to settle his team down.

A trademark off-balance 3-pointer by Appleby gave Florida just its second lead of the game, 63-61. The Jacksonville, Arkansas, product would drill another look from deep Florida’s next time down the floor. A tough bucket down low from Castleton would cap off another UF spurt, 8-0 this time.

The Gaels turned the final minutes into a brawl and weren’t going down without landing some punches. Iona, behind six points from guard Tyson Jolly, rattled off an 8-2 run to bring the game to within a point, 70-69. Clean finishes from Fleming and a thunderous dunk from Castleton kept Florida ahead down the stretch, 76-72.

An extended possession for Iona came up empty and Fleming headed to the free-throw line to ice the game with 32 seconds to play. Appleby also hit a free throw late, ending his night as one of four Gators in double-figures with 14.

While it didn’t count on the scoreboard, Lane threw down a windmill dunk after the final horn sounded to put a stamp on a successful night for Florida.

“Great to be on to the next one,” Pinkins said. “We will celebrate this one for 24 hours and get on to Xavier.”

UF looks ahead to the second round of the NIT where it will face the No. 2-seed Musketeers. The matchup is set for 1:00 p.m. Sunday on ESPN. 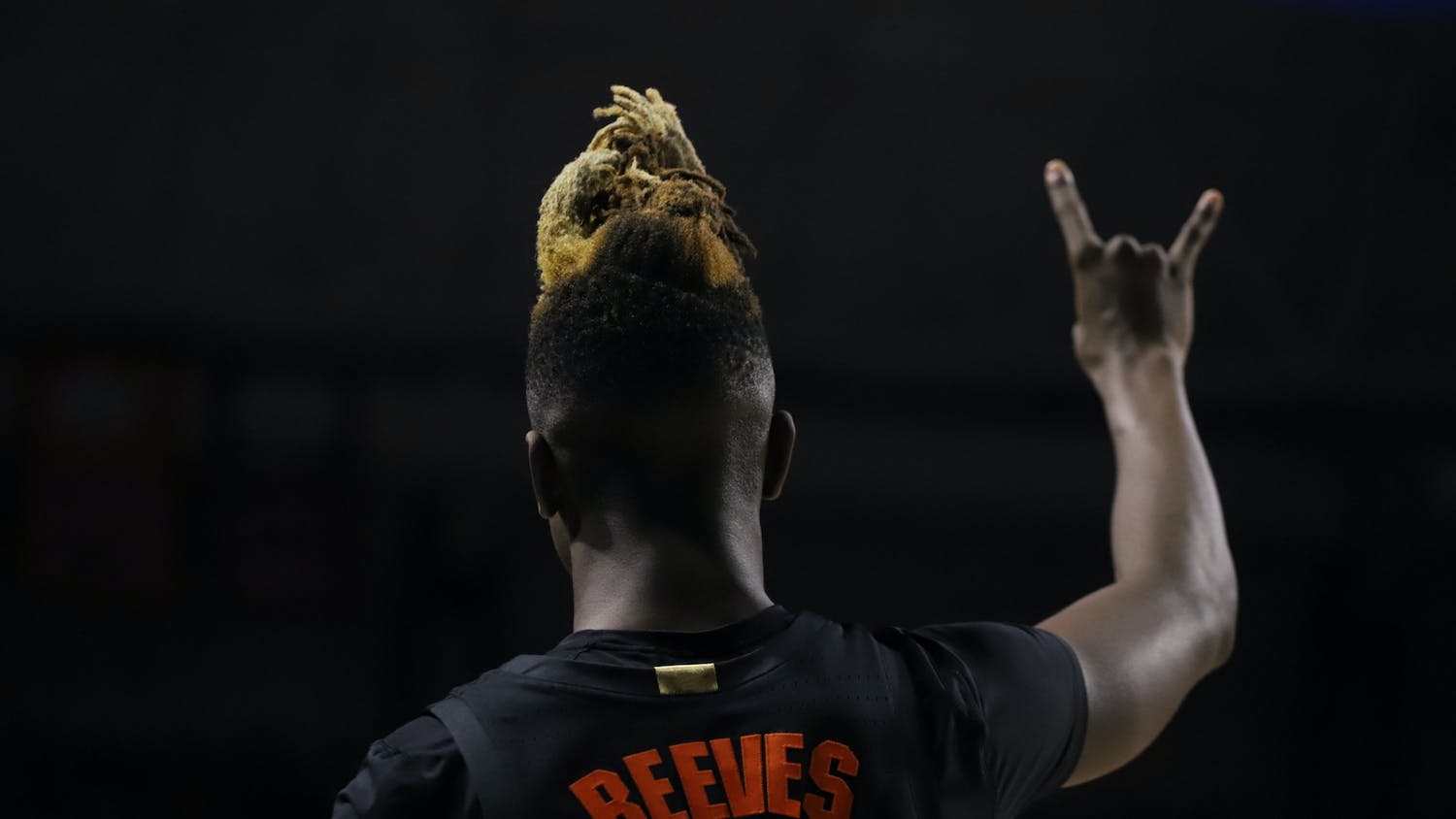 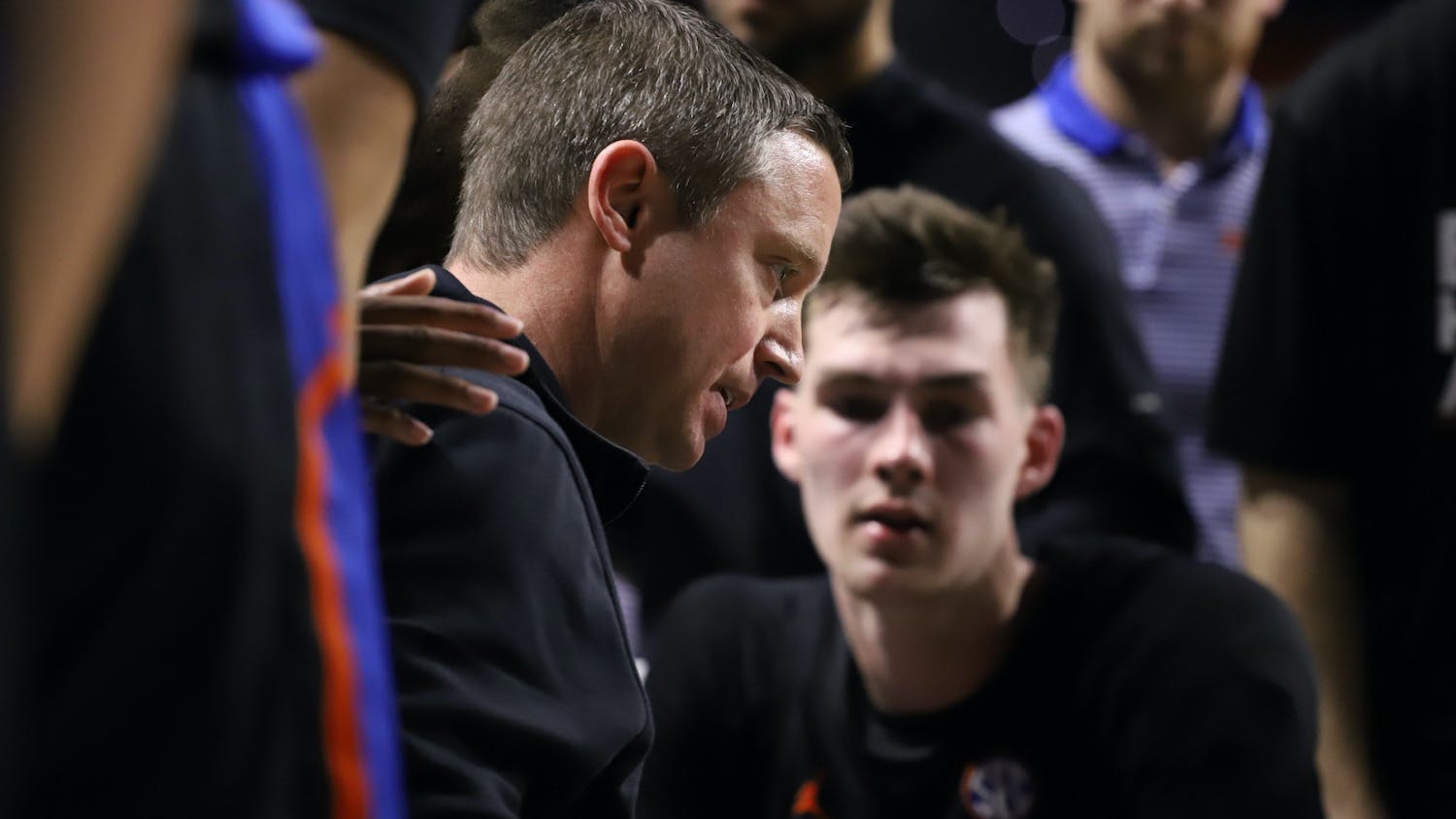 The road to redemption goes through Tampa