Redshirt junior Skylar Wallace stepped into the batter’s box facing the most crucial at-bat of her season.

The Gators had the bases loaded with two outs in the top of the seventh inning and needed a run to tie the first of a three-game slate against Texas A&M. It was a unique opportunity for Florida given its offensive struggles.

The Aggies, who held UF to just one single through the first five innings, were close to securing an upset win against the No. 5 Gators.

Wallace, however, did not let that happen.

She hit a two-run single up the middle to bring in outfielders Katie Kistler and Kendra Falby to secure Florida’s 3-2 comeback win Friday. The Gators now improve to 24-2, with a 3-1 record in SEC play.

“It’s just keeping our head on our shoulders and just knowing that we're gonna find a way to get the job done,” Wallace said. “We just have to keep hitting the ball and making adjustments.”

Texas A&M stole the lead in the second inning thanks to a throwing error by third baseman Charla Echols. The senior tried to beat Aggies outfielder Shaylee Ackerman at first base, but an arid throw triggered the green light for sophomore Rylen Wiggins to cross the plate.

In the third frame, the Aggies extended their lead on the heels of two one-out hits. Freshman shortstop Koko Wooley singled up the middle before first baseman Haley Lee doubled to left-center field to make it 2-0.

The Gators were unable to get any momentum until the fifth inning when they had runners in first and second with no outs. Senior outfielder Cheyenne Lindey was in the middle base after pinch hitter Sarah Longley earned a full-count walk.

Both runners advanced on a sacrifice bunt by catcher Emily Wilkie, but Kistler and Falby were unable to move them with a flyout and a strikeout.

Texas A&M had a chance to extend its lead in the bottom of the frame.

Wooley reached second base on a throwing error by UF pitcher Elizabeth Hightower before Lee was given a free pass with an intentional walk. Wooley stole third base and was later tagged out in a rundown. The threat ended after outfielder Morgan Smith grounded out.

In the sixth inning, Wallace scored the first UF run after freshman Reagan Walsh hit a massive double to the right-field wall with one out. Echols, who had earned a walk, stayed at third base during that play. Lindsey hit a flyout that turned into a double play to end the Gators’ threat.

Hightower kept Florida in the game by retiring the side in the bottom of the sixth.

In the final frame, first baseman Avery Goelz led off with a third base groundout. Wilkie followed with a single to first, but it was ineffective as Kistler hit a ground ball to second base. Falby advanced Kistler with a single before fifth-year senior Hannah Adams loaded the bases with a perfectly placed bunt.

“It was honestly see the ball, hit the ball,” she said.“It was keeping it super simple and trusting my mechanics.”

Hightower finished the contest by retiring the last three batters with two groundouts and a flyout. She threw a three-hit complete-game with eight strikeouts. It was her second seven-inning outing in a row.

The Gators return to action Saturday at 3:00 p.m. for the second game of the series against Texas A&M. The game will be broadcast on SEC Network +. 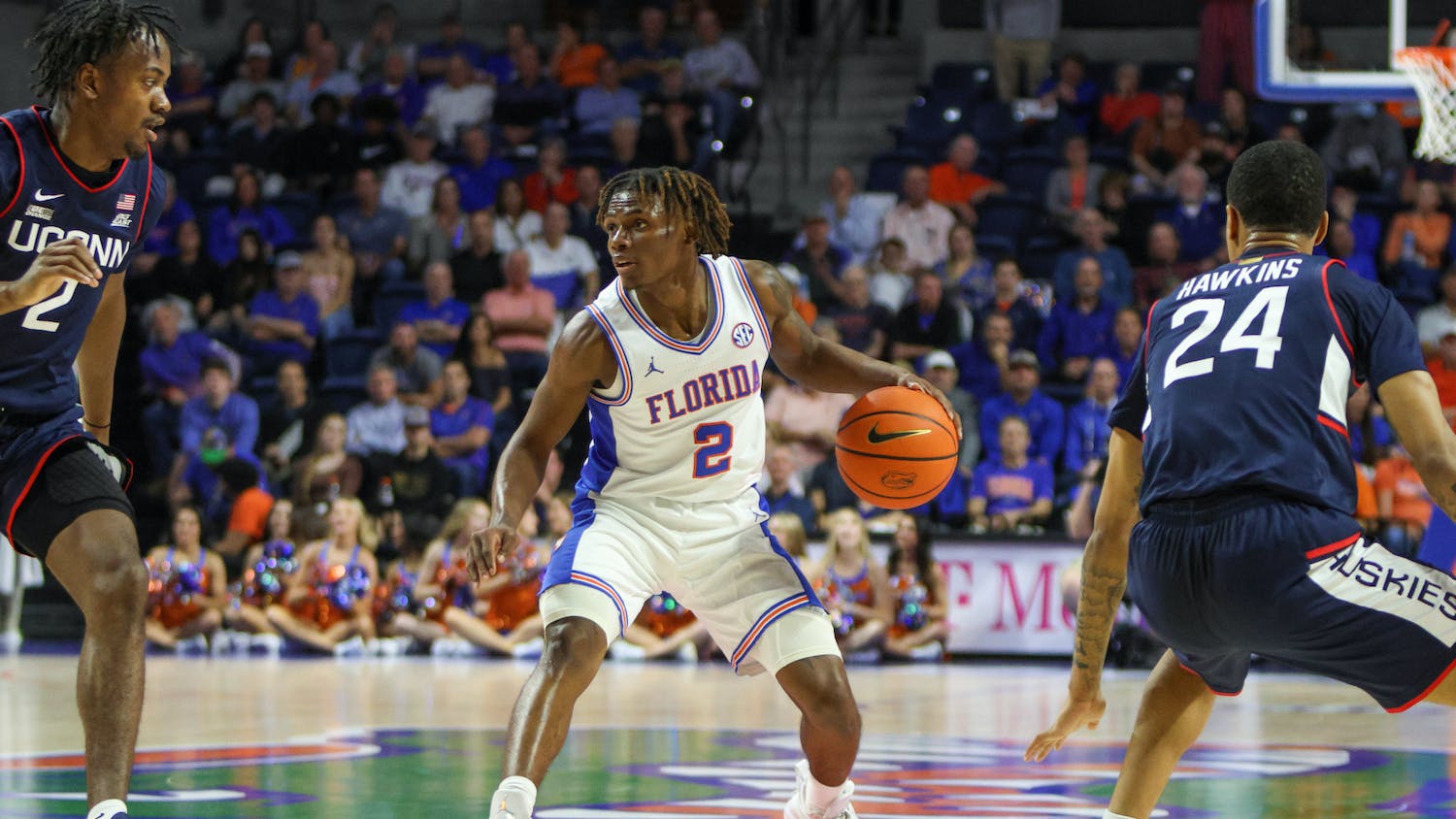 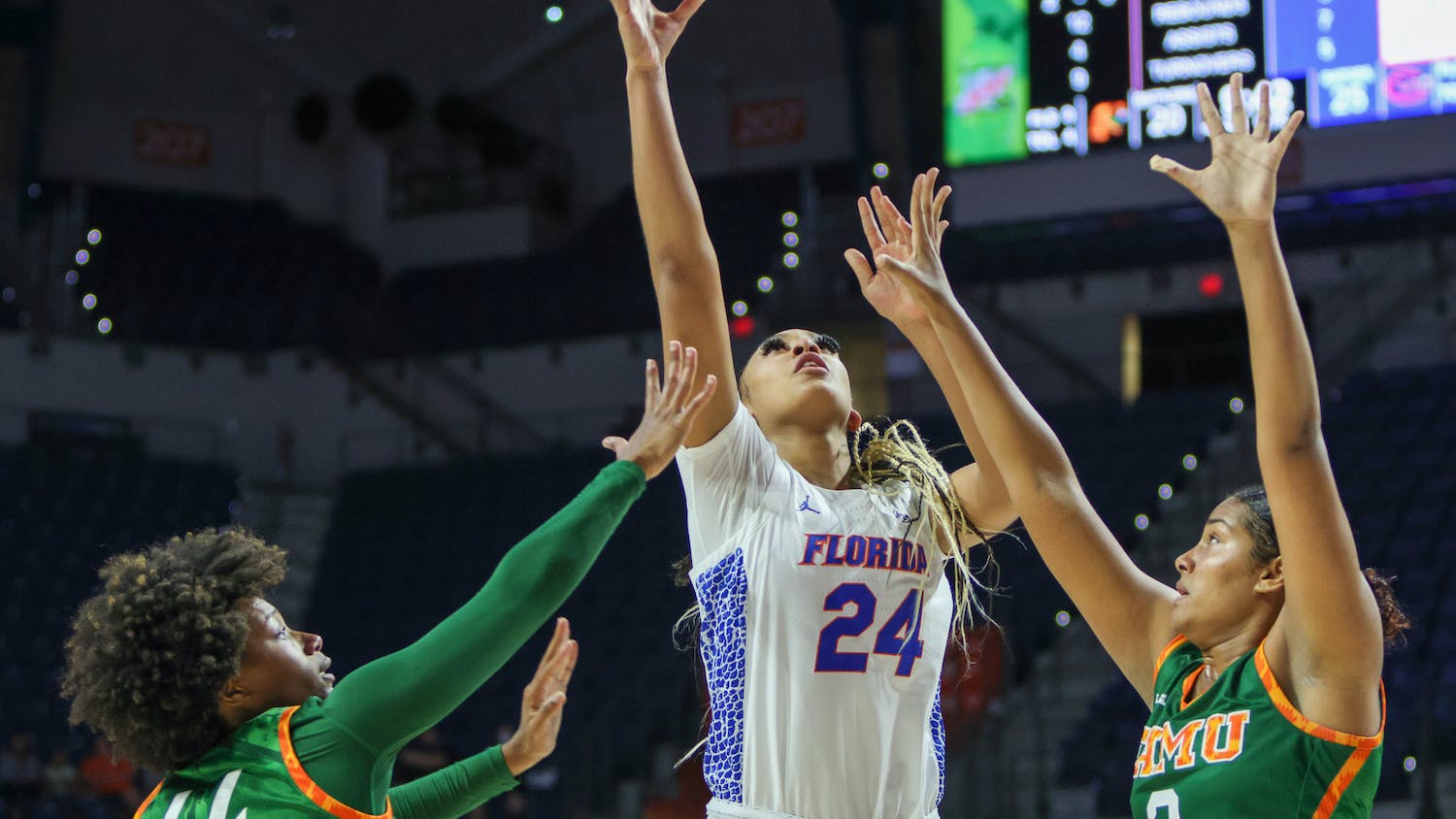