Rhymes, couplets, spoken word, metaphor and repetition promise to flood the stage at a small Gainesville bar during a night all about the art of rap.

Five Gainesville artists will take the stage at Vecinos Neighborhood Restaurant and Bar on Friday, March 11, at 8 p.m. for the first Spring Break Rap Up. Tickets can be purchased in person or online through Eventbrite or Facebook.

Headlined by a rapper whose songs are largely characterized by up-tempo beats, Azazus, the hip-hop music and dance party will feature four other local rap artists in its line-up: Double D, Fakksonly, Edgar Brann and Faro.

Azazus organized the event along with community events coordinator Jennifer Vito to highlight music styles in a city dominated by the rock ’n’ roll scene.

“[I’m] trying to keep the fun going along with introducing urban music and rap music to the people out here that didn’t know that our city also produces that,” Azazus said. “That’s why I try to use my name around here when I can – to throw events like this to give some of the acts that are not getting booked a chance to be seen.”

The local rap representation that Spring Break Rap Up will showcase encompasses all Gainesville residents, as performing is not just limited to the booked artists.

An hour before the event starts, partygoers can sign up for the open mic. They can showcase their talents in three- to five-minute sets backed by local disk jockey Mellow Blendz.

Ending the night, a karaoke hour beginning at 10:30 p.m. will also offer another opportunity for attendees to take to the stage and perform.

Azazus’ love for the genre inspired him to create uplifting platforms for the local rap scene. Azazus has been in the rap scene since his middle school years in Alabama, when he hype-manned for a cousin auditioning for a record label.

Azazus’ late father, a traveling gospel and soul artist, has been the driving force behind his pursuit of music.

“Even before I was born, he would travel all over the South and over on the West Coast coming to different churches and different functions just performing and making a living off of music,” he said.

Azazus spends much of his time in the studio creating soundscapes, recorded background audio that emulates the narrative of his songs. He later incorporates them in his live performances to innovate the Gainesville hip-hop scene.

“Now, it’s just exciting for me to sound exactly like my studio version but still have that live element,” he said. “I think that’s something fresh and new for Gainesville – to get that live.”

“I’m really big into anime because you get to see regular people become the hero of their own story, which really inspires me in my life,” he said.

Azazus struggles with anxiety. He hopes to eliminate the stigma and communicate to audiences battling similar issues that they are not alone.

“Through middle school and high school, when I would try to talk about mental health or try to get help, people would always tell me you’re just attention seeking,” Azazus said. “I want people to know that you’re not the only one that goes through this mental health shit.”

Edward Bernard Allen Jr., better known as Double D, is among the artists that will take the stage at the debut of Spring Break Rap Up. Azazus invited the rapper to perform in Gainesville after connecting at a cypher in 2020.

Double D entered the rap scene in 2014 when he made his first cover of “Peaches N Cream” by Snoop Dogg. However, the 28-year-old’s relationship with music dates back to listening to different music in his household as a young child.

“I just got interested in doing music no matter what it was,” he said. “I couldn’t stop doing it. I’m probably going to die doing this.”

Double D’s gig at Vecinos this Friday is a testament to his love of live performing. He kept to his recording studio until taking to the stage more through 2021.

“I wanted my performances to stand out a little bit more,” he said. “Just seeing crowds react to me being able to do something different and give them something organic is just amazing to me because I had trouble doing that a lot earlier in the process.”

Eager to demonstrate his hardcore hip-hop stylings at Spring Break Rap Up, Double D is set to perform a handful of singles from his new un-named album.

“I speak on a lot of different experiences I have from being young and immature or not thinking real fast on my feet,” he said. “We’ve all been young and immature, so I just feel like those are things anybody can relate to.”

Double D is optimistic about the upward trajectory of his career, as he’s been booking more gigs in the past year than ever before.

“No matter what, I see myself making that progress just based on my work ethic, but also in my creativity,” he said.

In a genre of music that can be overlooked and underestimated in Gainesville, the five performers intend to make Spring Break Rap Up a night to remember. 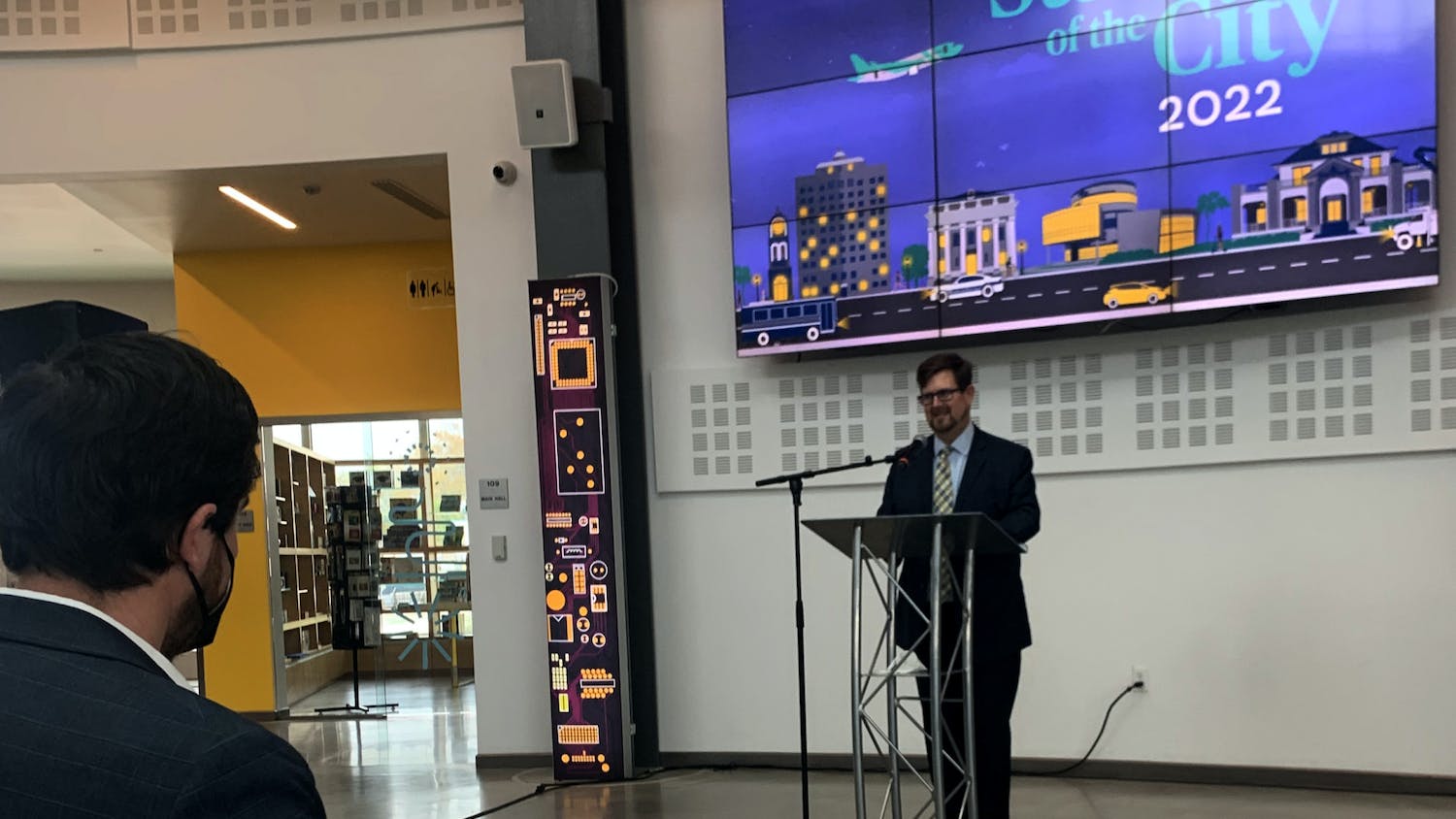 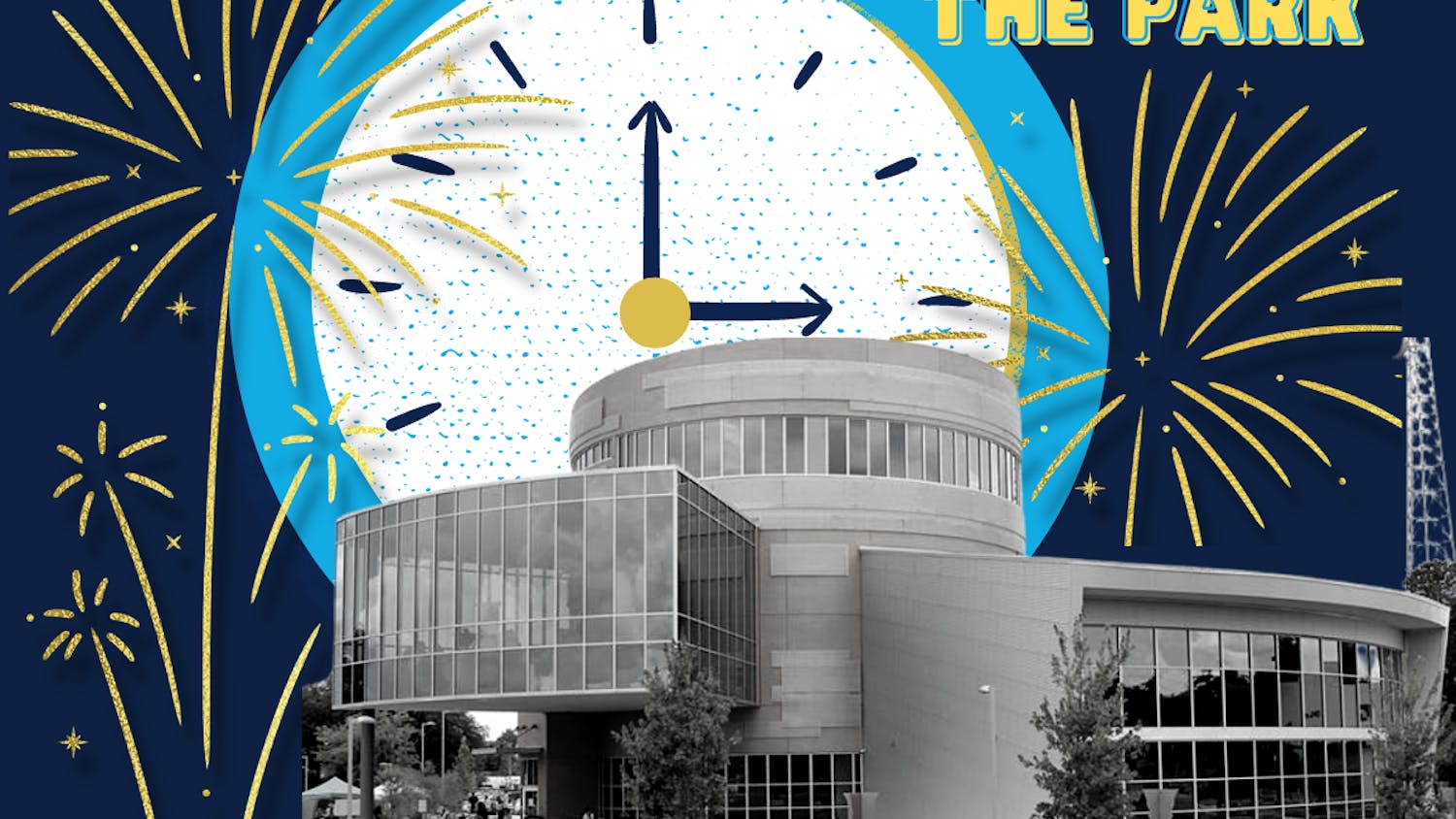