Florida men’s tennis is coming off its first national title in program history and has provided ample evidence this season that it could be the next team to repeat.

The last collegiate tennis team to accomplish back-to-back championships was Virginia, who were champions for three consecutive years between 2015-17.

The Gators opened the season at the top of the rankings, but a loss in their first match against then-No. 5 TCU quickly dethroned the king of the hill. It was the first time Florida had ever lost its opening match of the season.

Since then, however, the Gators have enjoyed considerable success, their only other loss of the season coming against Texas during the ITA Indoor Championships. Florida is currently running high on a 12-game win streak that has encapsulated the entirety of SEC play, and is now just three matches away from completing a perfect SEC season.

UF has been in a tug of war as of late with TCU for the No. 1 ranking, but recently reclaimed the top spot. With a match against the Horned Frogs under their belt, the Gators are now hopefully well equipped to get another shot at them, and other top teams, during the NCAA tournament.

Freshman Nate Bonetto said the team will continue the same day-to-day operations that got them to the top last season.

“We try not to focus too much on the winning and losing,” Bonetto said. “I think more for us, it’s about being a process-oriented team, focusing on the process and trying to get better every day.”

One key aspect of Florida’s success has been dominance in doubles. The team’s top pairing, senior Sam Riffice and sophomore Ben Shelton opened the year unranked and struggled through the early part of the season.

The duo broke through their obstacles and have won the last six-of-seven games, rising to No. 11 in the most-recent doubles rankings.

Senior Andy Andrade and graduate student Mattias Siimar have excelled, compiling a 15-3 record together and placing at No. 27 in the rankings.

The Gators have been just as good in singles play, sporting six ranked players, including the No. 1 player in the nation: Shelton.

The Gainesville native has built off his strong freshman season with a sterling 15-2 record this season, facing a number of the top players in the country. Though Riffice manned court one early in the season, Shelton is 9-0 since taking over and has shown no signs of slowing down.

Riffice equally benefited from the change, as he has risen to No. 26 in the rankings by going 9-0 during his time on court two. Last year’s ITA singles champion is 13-4 on the season.

It hasn’t just been a two-man game for the Gators, as they lay claim to one of the nation’s deepest lineups.

No. 93 Andrade has matched Riffice’s 13-4 record while breaking and improving upon the program record for most all-time singles wins (127). No. 98 Duarte Vale, No. 120 Josh Goodger, and No. 121 Siimar round out Florida’s lineup with winning records across the board.

Additionally, a recent development has been the breakout of Bonetto. The No. 16 recruit in the class of 2021 has emerged as a clutch player for the Gators, making the most of his seven singles appearances with a 6-1 record.

As one of just two freshmen on the team, Bonetto attributes much of his early success to being able to learn from the veterans around him.

“We have a lot of pretty old guys on this team and it’s awesome to learn from them and get to experience being around them,” Bonetto said.

The Bend, Oregon, native gifts an extra body to support the Gators’ six-man lineup. The extra man allows Siimar to shift his focus on doubles, but also gives head coach Bryan Shelton plenty of options moving forward as the team competes for another national title.

Bonetto believes this is one of the team’s greatest advantages.

“Having as many good guys as we do on this team definitely gives you a level of comfort when playing matches because you know all 10 guys are totally capable of winning matches,” Bonetto said. “It’s also super motivating because you look around and see nine other guys that are amazing tennis players. It makes every guy come out and bring it every day because they know they have to.”

One challenge the Gators surely won’t look over will be the upcoming SEC tournament on April 20-24.

Despite winning the regular season SEC crown last year, it was Tennessee that emerged victorious in the SEC tournament. The Gators want to fill that gap in their trophy case this year.

Florida has just three matches left in 2022 before it gets the opportunity to do just that. 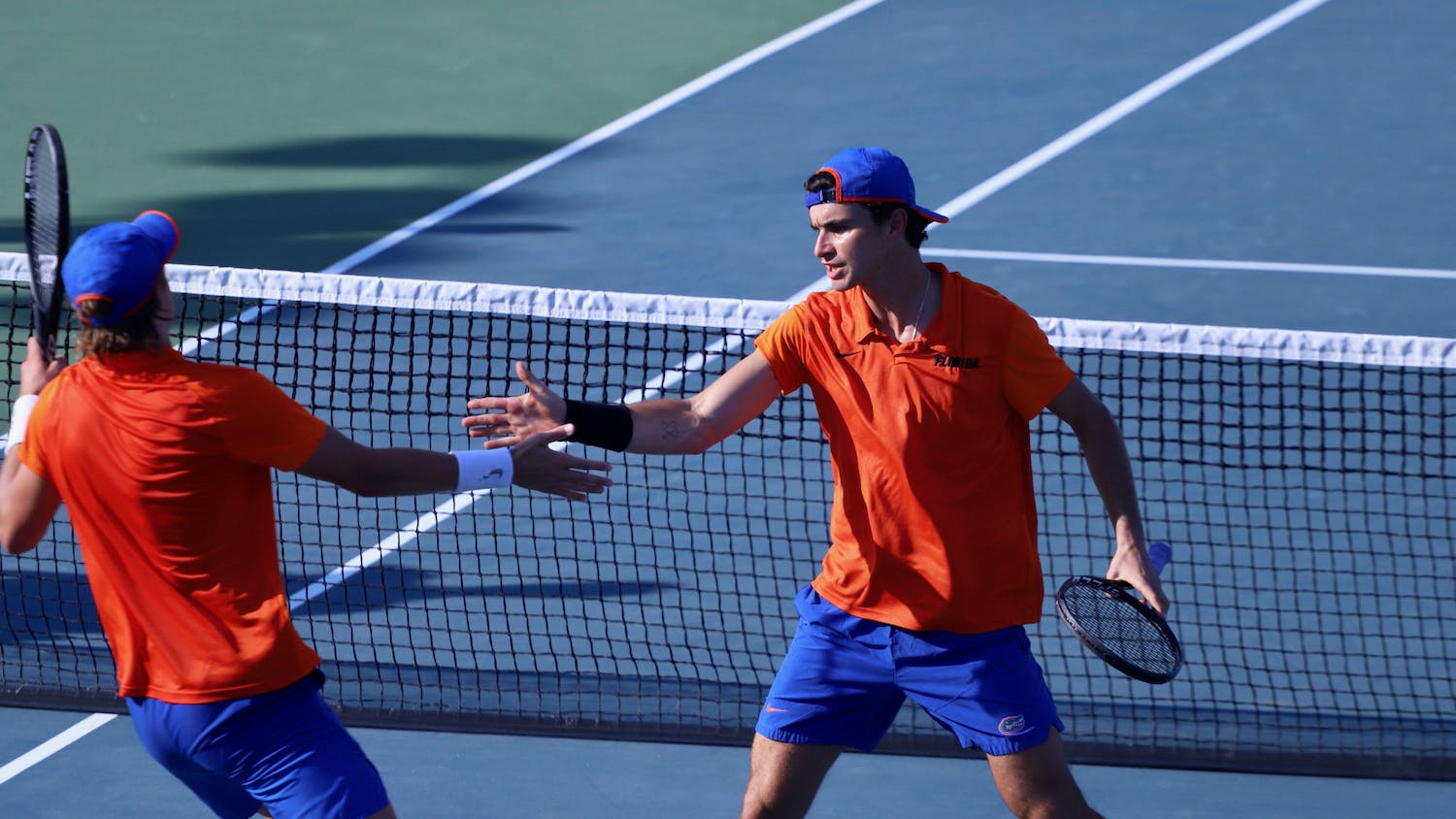 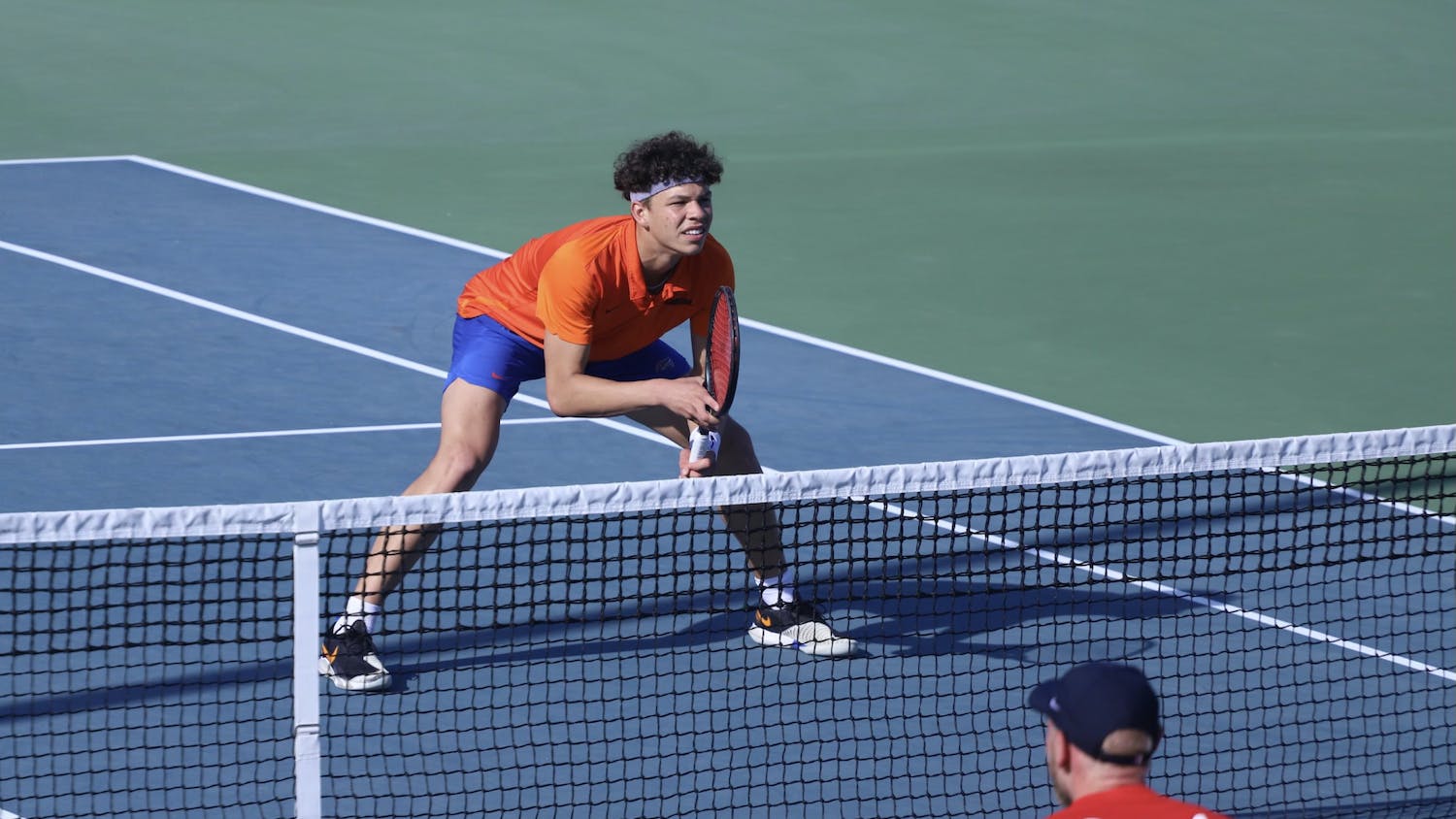 Florida continues to roll with shutout win over Mississippi State 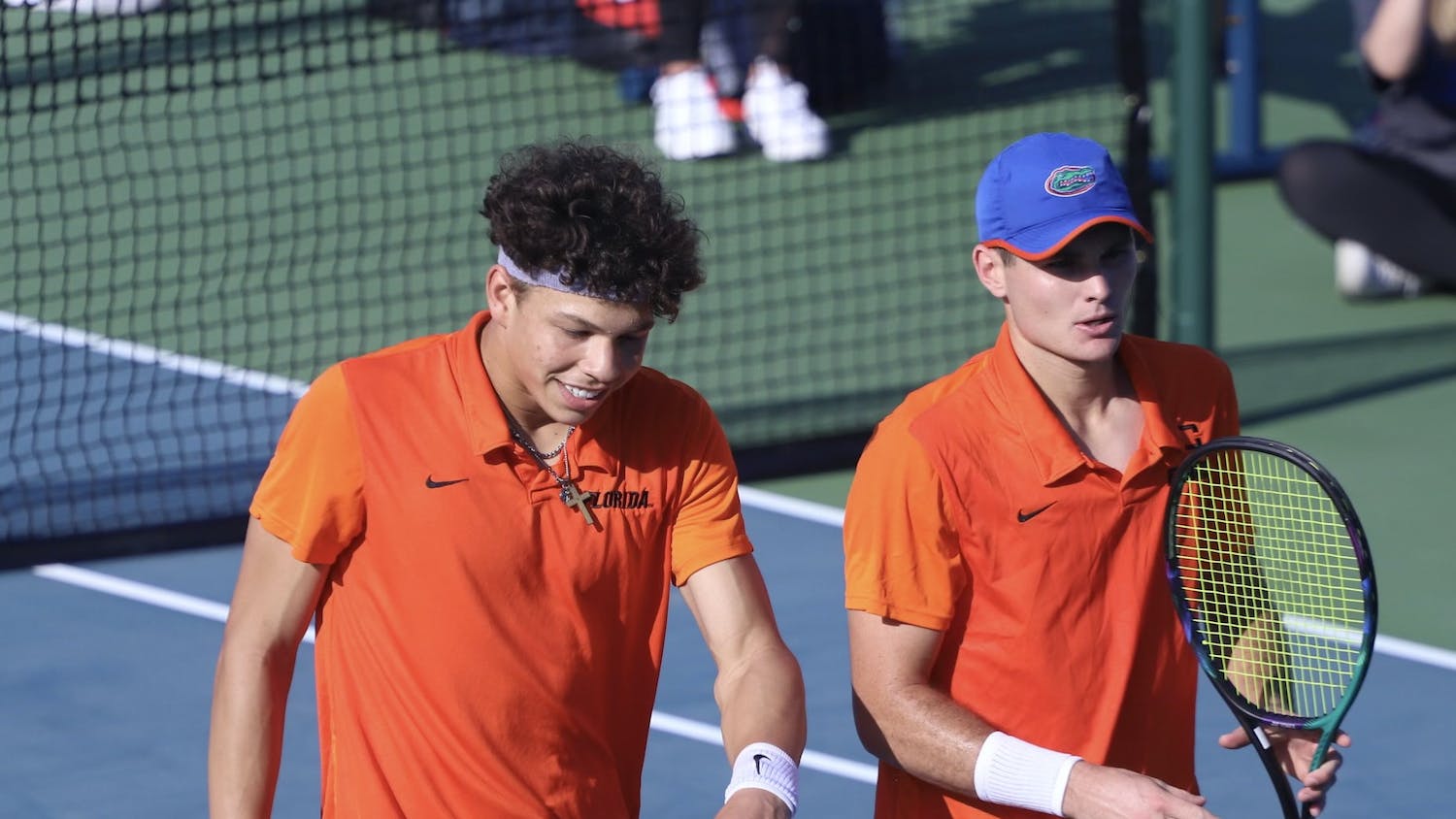